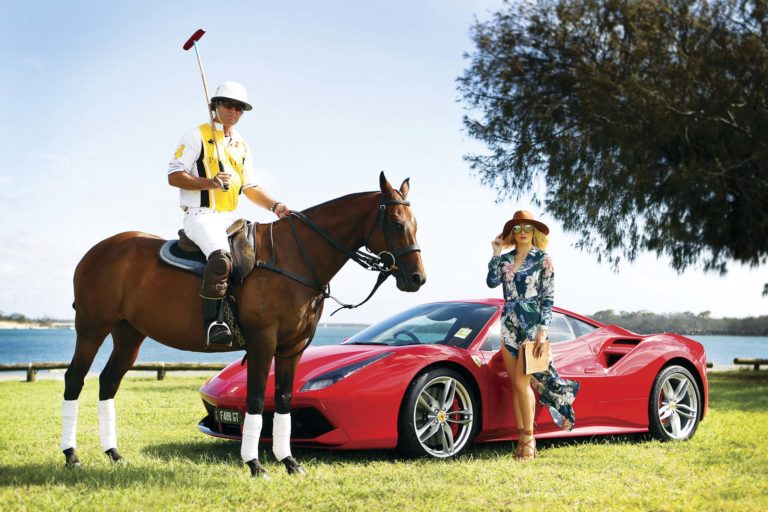 The Gold Coast’s most glamorous equestrian and fashion event is galloping into our social calendar, May 28. This event is a ‘must be seen’ at occasion hosted at Doug Jennings Park on The Spit.

Ferrari Brisbane join a premium line up of sponsors, including Pol Roger Champagne, Taylors Wines, French clothing brand Vicomte A. Joining the luxury brands, is the Gold Coast’s home of fashion, Pacific Fair as Polo by the Sea’s official fashion partner. “The natural synergy between Ferrari and Urban Polo, together with the flourishing Ferrari vehicle sales in Queensland,  currently one of our strongest markets, made this alignment an obvious choice for us.  We are excited to be working with the Urban Polo team to make this year’s event another success,” says Martin Roller of Ferrari Brisbane.

“Ferrari Brisbane Polo by the Sea” is produced by the same team as the award winning “Polo in the City series”, and is part of a national Urban Polo™ portfolio that enters its eleventh year in 2016, and constitutes the world’s largest polo series.  Urban Polo™ generates millions in marketing benefits for sponsors and host cities, and raises hundreds of thousands of dollars for various charities, while serving as a premium corporate entertainment platform and a great excuse for a party. 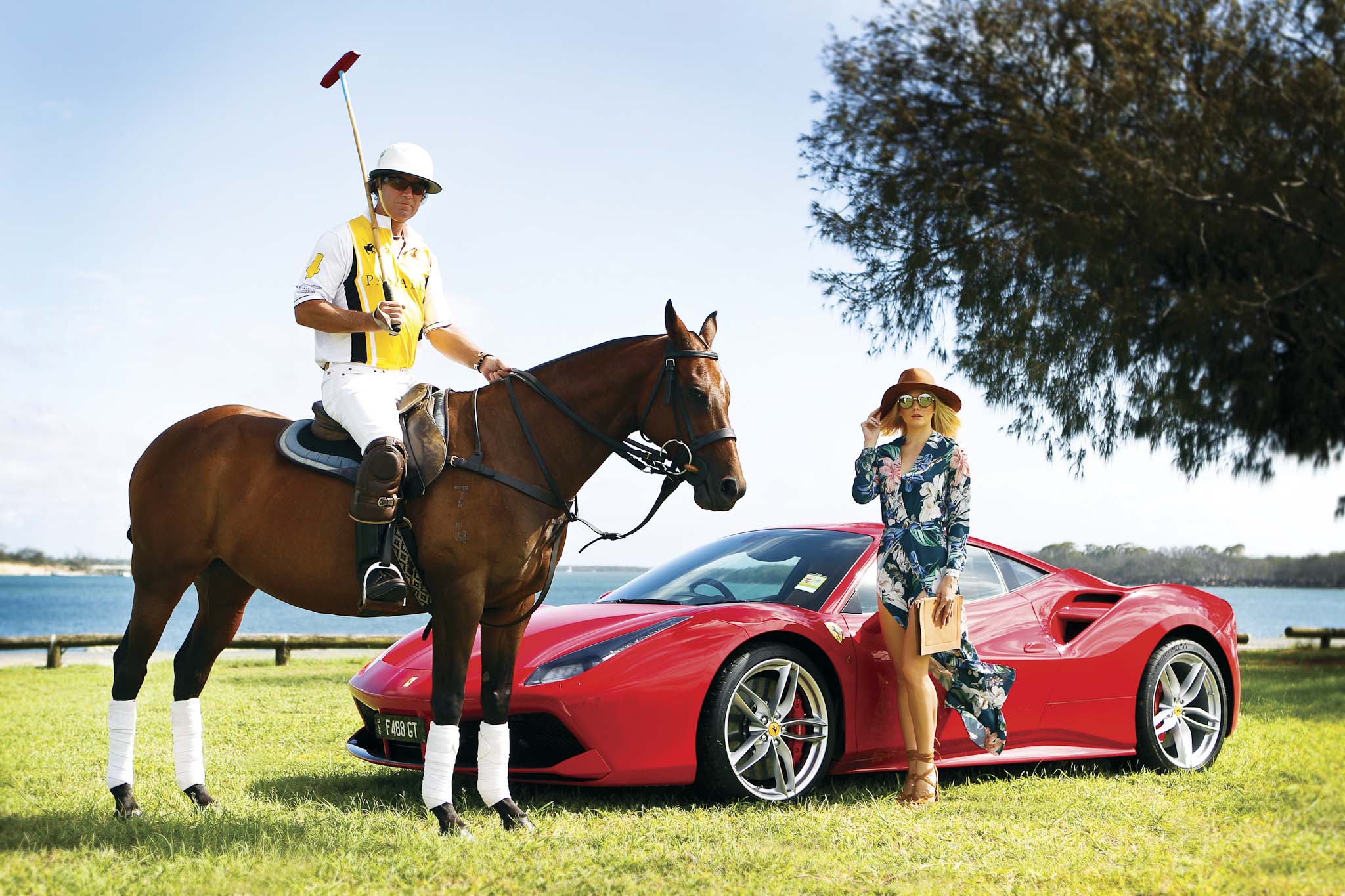 “Ferrari Brisbane Polo by the Sea”, in its third year on the Gold Coast, delivers a unique and highly entertaining star-studded social outing in a relaxed coastal context, attracting the ‘who’s who’ of the Gold Coast, as well as notable members of the international community.

The Gold Coast event will again bring together some of Australia’s best polo players, while entertaining guests within premium, corporate and VIP hospitality marquees.

A more casual alternative will be available in the ‘Polo Lounge’, where guests will experience a front row view of the on-field action in a relaxed ‘beer-garden’ setting while enjoying live music, and various other activities such as the ‘Fashion on the Field’ competition presented by Pacific Fair.

“It is always a pleasure to organise an event that captures the imagination of locals and visitors from further afield. When we brought Urban Polo to the Gold Coast two years ago, we were hoping to capture the relaxed ‘Hamptons vibe’ that is seen in the US, and we certainly achieved this. The Gold Coast is an area where a lot of Sydney-siders and Melbournites go for their dose of sunshine once it subsides down south, and it’s a highly recognisable address that can be promoted internationally. ‘Ferrari Brisbane Polo by the Sea’ is also a great opportunity for guests to experience ‘Urban Polo™’ if they missed out on ‘Polo in the City’ tickets in Brisbane late last year,” said Janek Gazecki, creator and organiser of the event.

May 28 Ferrari Brisbane Polo by the Sea tickets are on sale now at Ticketek, corporate marquees can be purchased online www.polobythesea.com.au