The $40 million Summit on Broadwater development is proving to be a big hit with buyers as the recently completed project edges closer to a sell-out.

The development has achieved 27 apartment sales since January, driven by downsizers who have snapped up all but one of the three-bedroom apartments released to the market.

Owner occupiers and first-home buyers have homed in on two-bedroom apartments, drawn by the prime location with proximity to employment nodes and lifestyle amenities.

Marketing agents Nikola and Rudi Scutti, of RE Ventured, acknowledge that the value proposition has elevated buyer appetite for Summit on Broadwater apartments. 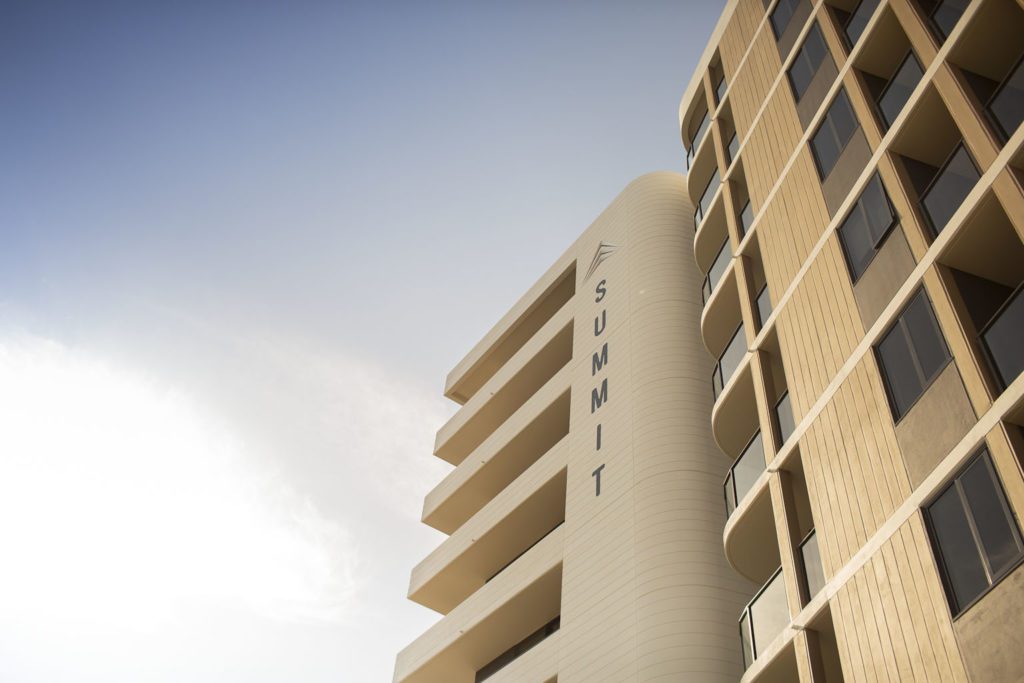 “We’ve experienced an upswing in sales over recent months with solid interest being shown in the remaining apartments,” said Mrs Scutti.

“Sales in the first three months of this year have been running at almost two per week.

“The two-bedroom apartments offer unparalleled value, which has made them really popular with downsizers and first home buyers.

“At Summit buyers can buy a luxury two-bedroom apartment ready to move in for under $500,000.

“Many buyers have been surprised by the quality of finish, and the central location so close to the water and to major infrastructure, such as the Gold Coast University Hospital.”

Developed by Centa Property Group and completed in August last year, Summit on Broadwater is also finding favour with investors, among them many who are seeking out a second home in the development.

“These investors are looking to rent their apartment for about one or two years ahead of plans to permanently move to the Gold Coast,” said Mr Scutti. “Others have bought in purely to secure a holiday home.”

Mr Scutti said the tight rental market is delivering these buyers yields of up to 6 per cent on Summit apartments.

“The few units that have been bought by investors were snapped up based on those returns alone,” said Mr Scutti.

Summit on Broadwater, located at 110 Frank Street, comprises 83 apartments across nine levels offering a combination of one, two and three-bedroom layouts, most featuring Broadwater or Hinterland views.

The site is located close to a range of amenities such as the Gold Coast University Hospital, Griffith University, Harbour Town and Australia Fair, with easy access to the M1.

Remaining apartments are priced from $450,000 for a two-bedroom, two-bathroom residence. The final units are expected to sell out in the coming weeks.

For more information on Summit on Broadwater visit summitbroadwater.com.au