Striving to create a positive future 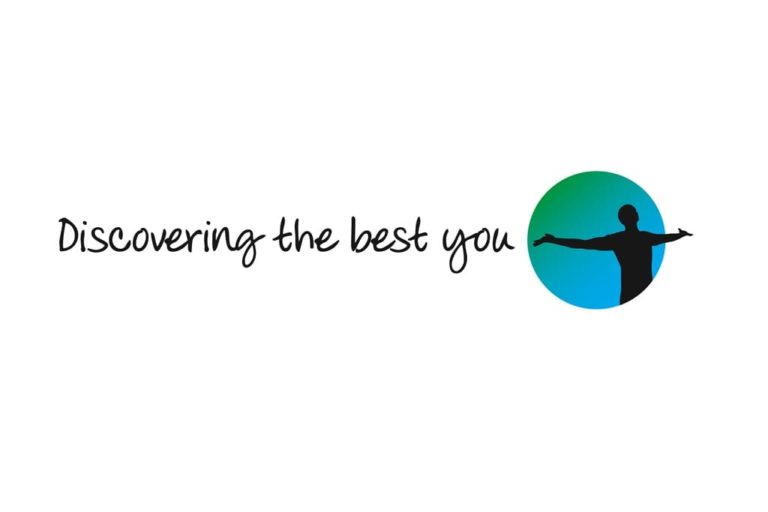 Alistair Mitchell walked a dark road before seeking help for the anxiety and depression that had long affected his life. Here, Alistair shares his story in his own words…

There are so many analogies, fad diets, exercise trends and buzzwords that relate to health and wellness. Unknowingly for years, I was searching for the answer to my own health and wellness – unsuccessfully, I might add – while surrounded by all this modern information, great motivation, inspiring people and help right at my fingertips. Did I take it ? No, I didn’t !!!! 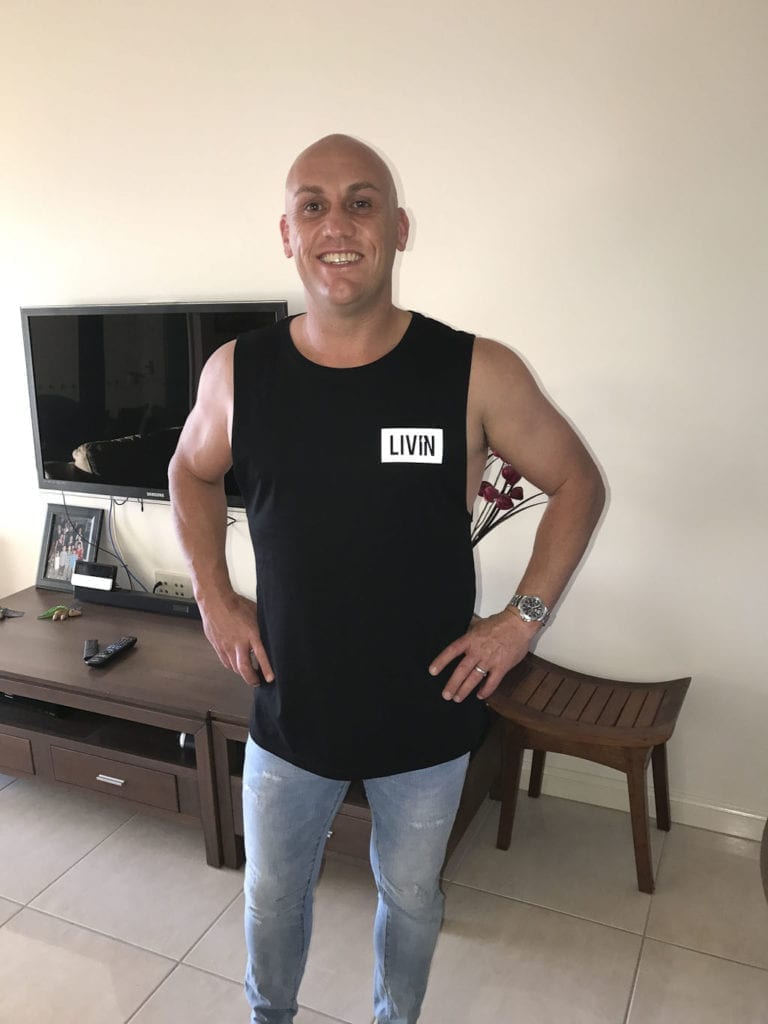 I was of the belief it would all eventually go away and that I could stop it whenever I wanted. The real truth is, I was actually hiding behind my own frailty, inability to accept who I was and where I was at the time. I didn’t want to show that I was actually human and had weaknesses. Most of all, that I desperately needed help. I will take you back a few steps to give you the full picture of where I currently am, and how making the decision to get my life back on track, and how health and wellness coaching gave me a totally new and positive outlook on life.

For the past 20 years, I unknowingly suffered from anxiety and depression and tried to cover it with extraverted behaviour, overcompensation, alcohol, drugs and aggression. If there was a problem, I would avoid it or face it aggressively. I had no respect for other people or understanding of how my actions affected those around me – who, unfortunately, were usually the ones I loved the most. Rightly or wrongly, I had a perception of what society expected of me and what I expected of society. The constant pursuit of these unrealistic expectations was holding me down inside the depressive and anxious vortex that was my life.

At a very early age, I was exposed to alcohol and cigarettes as part of everyday life and I would even go as far to say this is accepted as the “norm” of country culture. At age 15, I was drinking most weekends and smoking. It was not ignored, but more so a tolerated behaviour accepted as part of playing senior football. “If you can play footy with men you’re able to drink with them,” it was said. It was from these early habits that I started on a road to addiction.

Fast-forward many years with these habits controlling my life and social activities and I was on the edge of falling into life as an alcoholic. I was living on the Gold Coast, married with two children and had retired from playing senior footy, but I felt a piece of me missing since retirement. I had been playing in the masters AFL league but felt that I still had something left to give in my footy career. I decided to start playing senior footy again and had successfully come back to play second-grade footy, which was quite an achievement at 37.

Then, I started to drink heavily again and spend more time away from home than what would be expected for a father of two children under five. Unbeknown to me, as part of my life as a young parent, I was struggling – and to add to that struggle, my ex-wife and I had had been given the news our son was on the autism spectrum and he would never be able to lead what was classed as a truly normal life.

Taking nothing away from my beautiful daughter and her abilities, I really hoped my son would one day walk in my footsteps and onto the footy field. I was crushed and felt it was my fault and that I wasn’t the dad everyone expected me to be. One fateful night, I was watching people have a great time around me and wondered why I wasn’t feeling the same. I then realised, after asking around, that it was due to a drug called ecstasy. I am not sure how or who I got that first pill from, but it was from that day forward I couldn’t have a drink or night out without drugs. Ecstasy then led to cocaine. After too many late nights and partying and with my marriage and my business gone, I was on the way to a drug vortex that would nearly take my life. I had moved out to a single-bedroom apartment, then into a house with a friend and the drug use skyrocketed. I was now dealing drugs to support myself and developing dangerous habits and getting into serious debt with some very serious people.

Enter the love of my life. 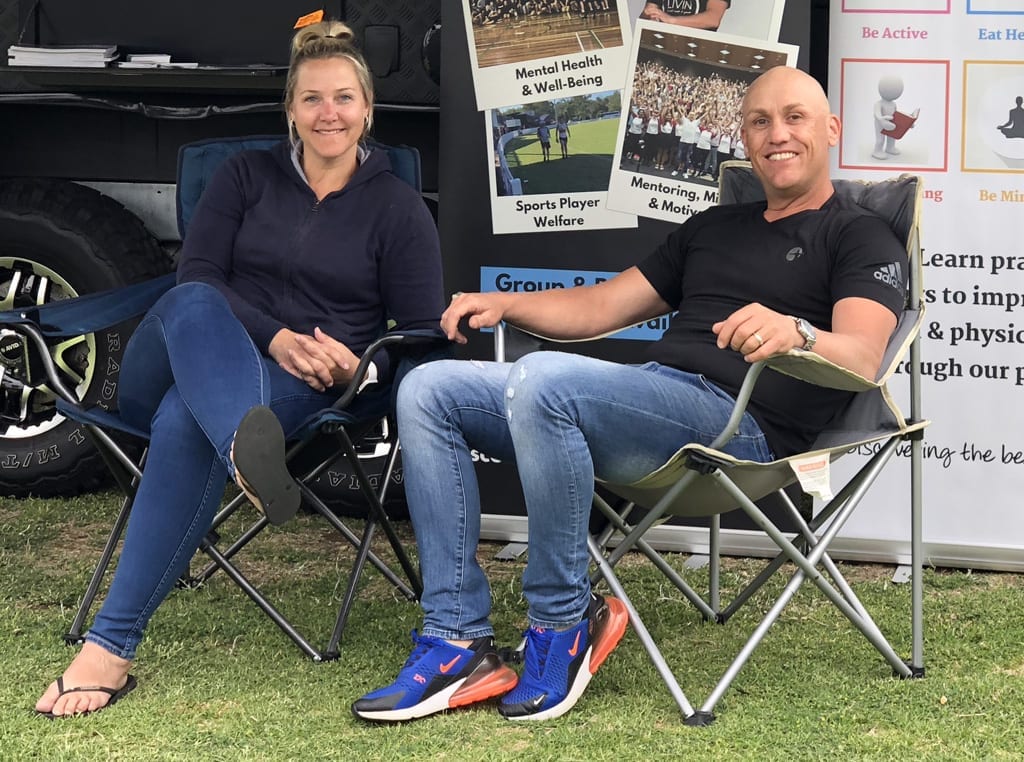 I met Danella, who as fate would have it introduced me to a life of openness and honesty. Yes, it wasn’t good to start with and yes, I nearly lost it all due to my constant regressions back to drugs. Life was good, but I wasn’t seeing it clearly – I was still lying to myself and those who loved me. I was again hiding debts and drugs and making bad decisions. I avoided being caught taking the drugs. I would make an excuse to leave the house or go for a drive to relax or “think” – and then I would collect the drugs and proceed to get high. On many of these nights, I would take the drive and contemplate the actions of my life and even create calculated actions about taking my own life.

The grief and torment I would put myself through each time I took drugs was driving me closer and closer to suicide. One occasion I was driving home with a great deal of regret and pain and was wondering how I could face my wife and tell her the truth. The rush of emotions was so overwhelming I started to cry and it was then I made the final decision to end my life. I was in the process of lining my car up for the end of a bridge when my wife called. I was so distracted by the call and the consideration to answer or not that I stopped the car and chose to answer the phone – “this call saved my life” if hadn’t stopped it would have been all over. I turned the car around got my shit together and drove home, It was time to make a change and face my fears. 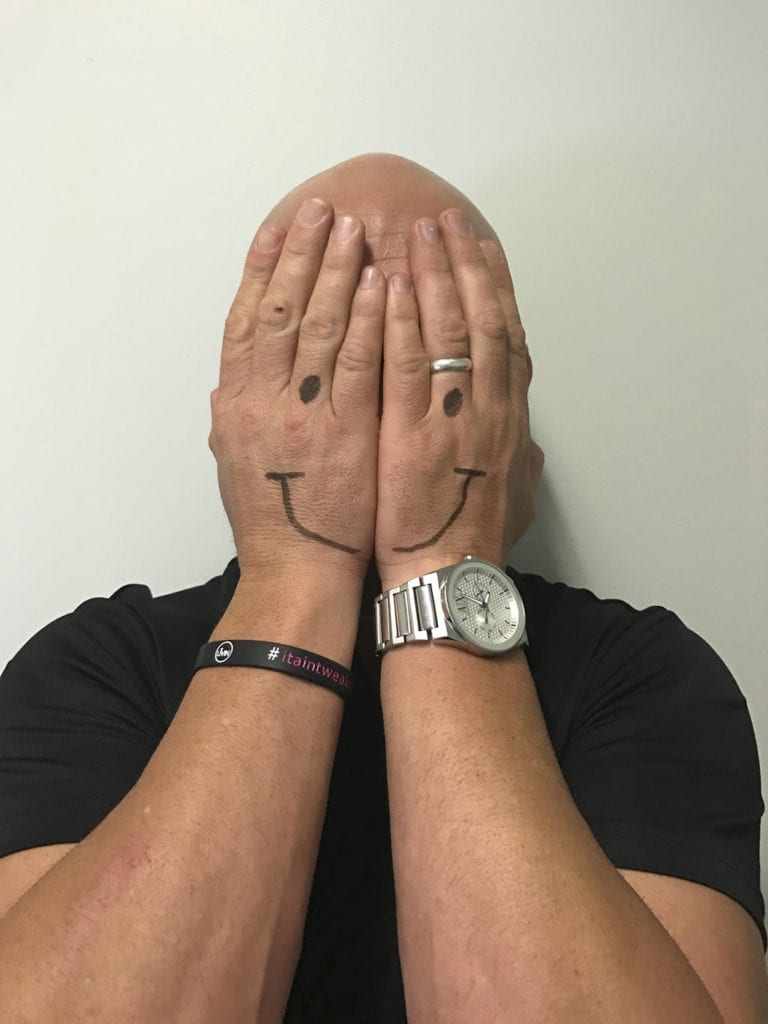 That was January 10, 2016, when Danella sat me down and said that enough was enough and that it was time to change or things would change around me. So I made the choice to “discover the best me”. I threw out all the alcohol and prescription drugs, called my dealer and said “no more” – and then I reached out and said those three words men fear: “I need help.” My wife, family and closest friends rallied like I had never known. The judgment I expected never arrived – the only thing that came to me was love and support. Unless I truly owned my problems, I was never going to move forward. So I told the world, via social media, what was happening and where I was heading. Again, I waited for the smart, sarcastic comments and messages of disgust and judgment – but they never came.

It was then, an old friend from my school days, Aaron Schults contacted me. He said he had developed a health and wellness coaching system and that he believed would help me. And wow, what a difference. In those first three months, after years and years of hiding away from my true self, I was finally discovering the best me. Though I am not healed – and never will be healed – Aaron helped me develop ways to better cope with my illnesses. Using health, wellness and mindfulness techniques, I am able to function at a level I previously thought was unattainable. I can safely say that without the extra help of my coach Aaron I would have struggled to get through the tough times.  The thought that everything had a ceiling, or a limit is not only gone from my thoughts, but I have absolutely smashed through the ceiling and striving towards my next goal.

I decided during my journey of self-discovery, that I wanted to pursue a career in motivational speaking and also in health and wellness, focusing on mental health through coaching and awareness. Sharing my story and the trips and tricks I learnt to help me recover, in the hope that it will help others. 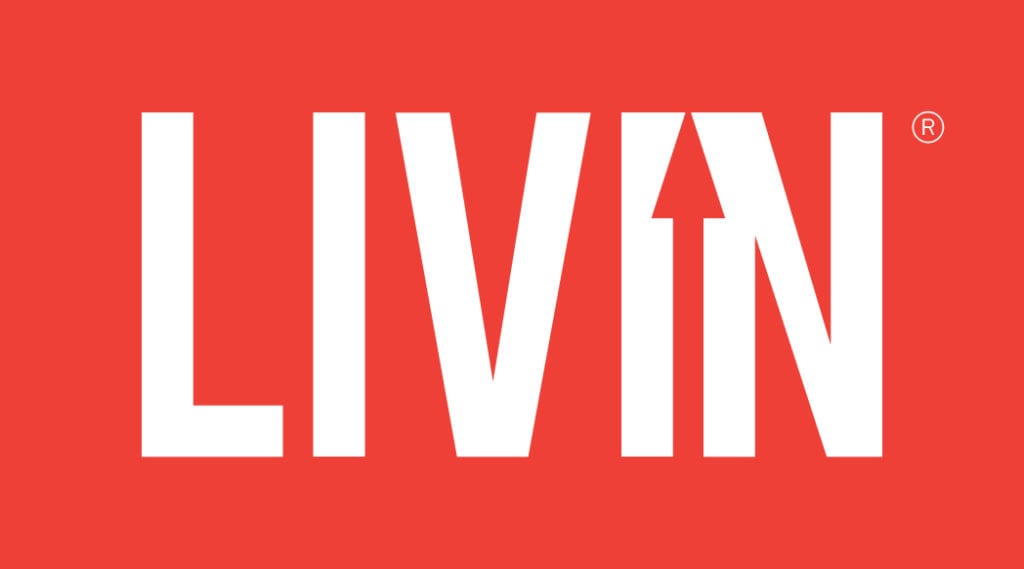 I became involved with the charity organisation LIVIN, whose mission is to rid the world of the stigmas associated with mental illness. Unfortunately for some of us, we often need to hit rock bottom or to see actual proof of something working, before we take the step to help ourselves. If I can be that proof and help someone else, then I am achieving my goals and showing people it is okay to be you and that it #itaintweaktospeak. You can’t go back and change anything, and you can’t change what’s going to happen in the future. But by focusing on today – the right here and now – and finding a positive and learning from our mistakes,  is what really matters.

It’s okay to speak up and get help. 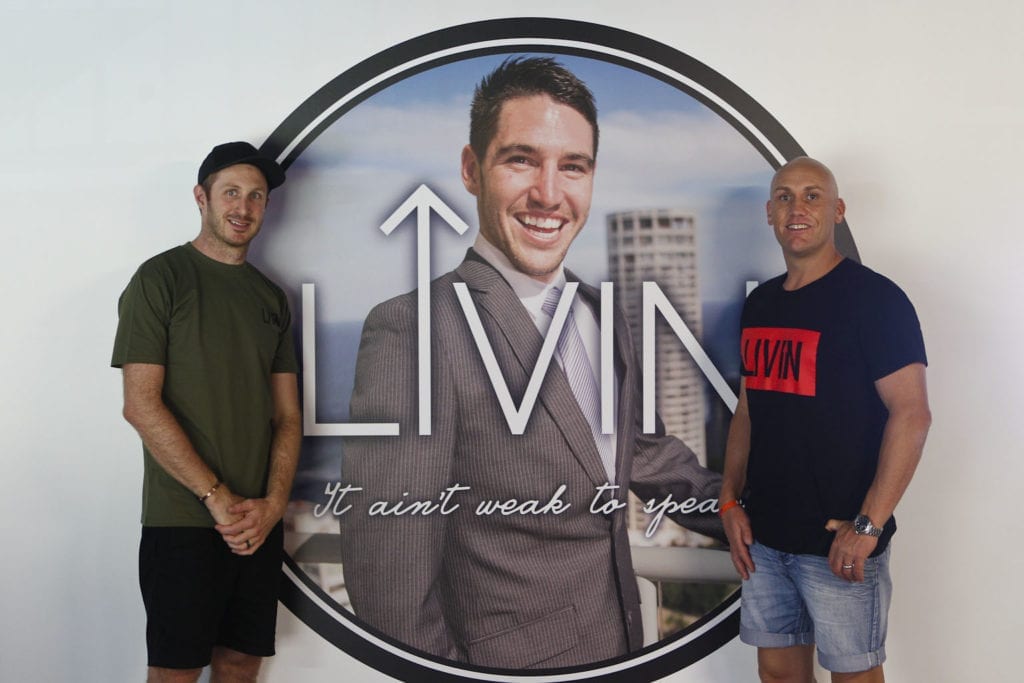 I’ve since started my well-being and welfare business called Discovering The Best You. I want to inspire others and share my story, and to let people know it’s not just sports stars and celebrities that suffer from the pressure or what I call (perceived pressure) that society may or may not place on us. It can be tough asking for help when you’re not feeling good – no doubt about it. The good news is most people experiencing depression can get better with the right help. While some days may be better than others, with the right support you can get back to living again. I recognise that everyone is different and mental health and well-being is not a “one size fits all”​ approach. The program helps sports clubs and businesses support their players & staff, on and off the field. While our presentations can cover confronting content, we cover your club as all our presenters are qualified in mental health first aid and health & wellness coaching, so we can back up our lived experience with proven certified qualifications. 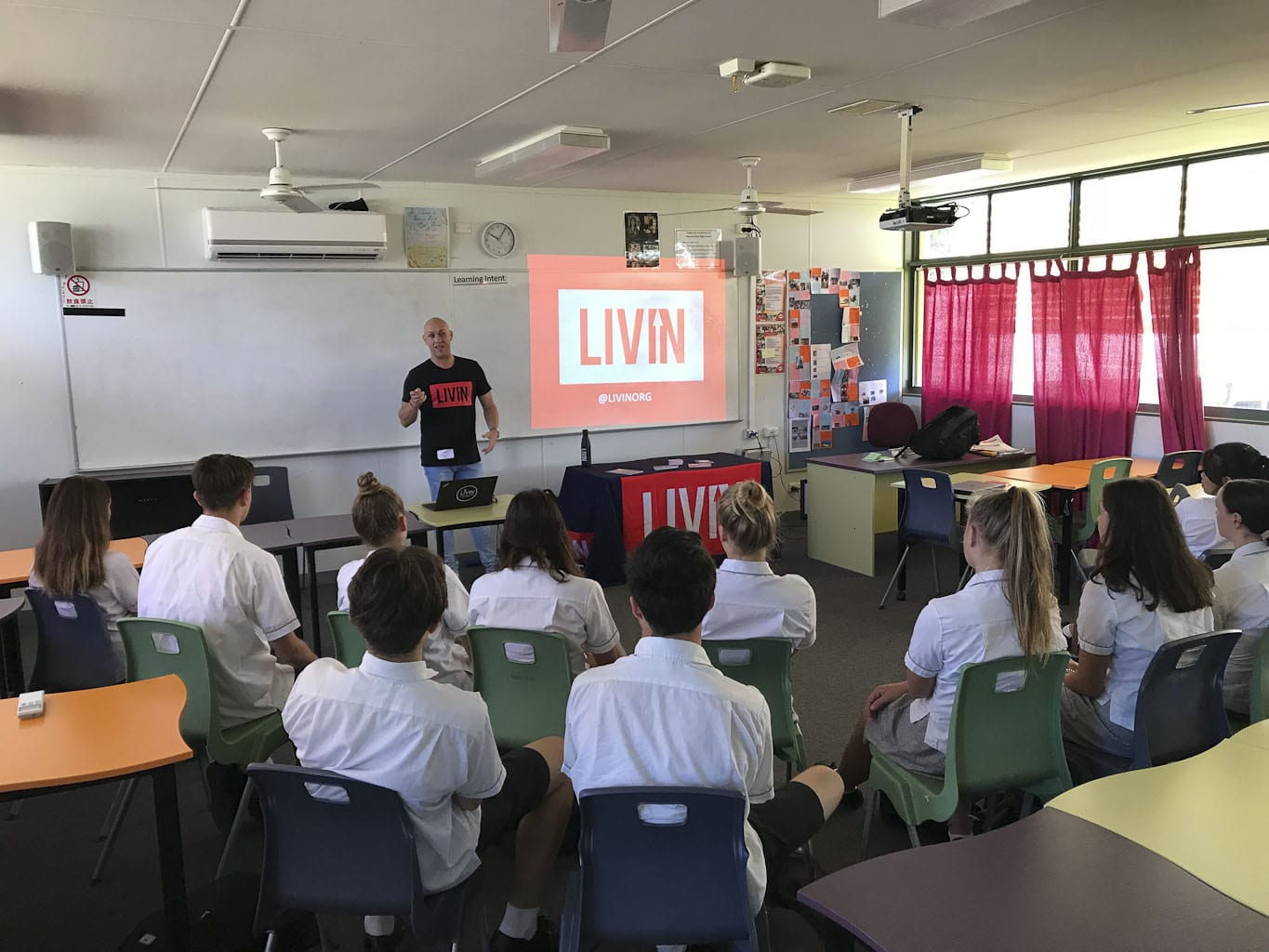 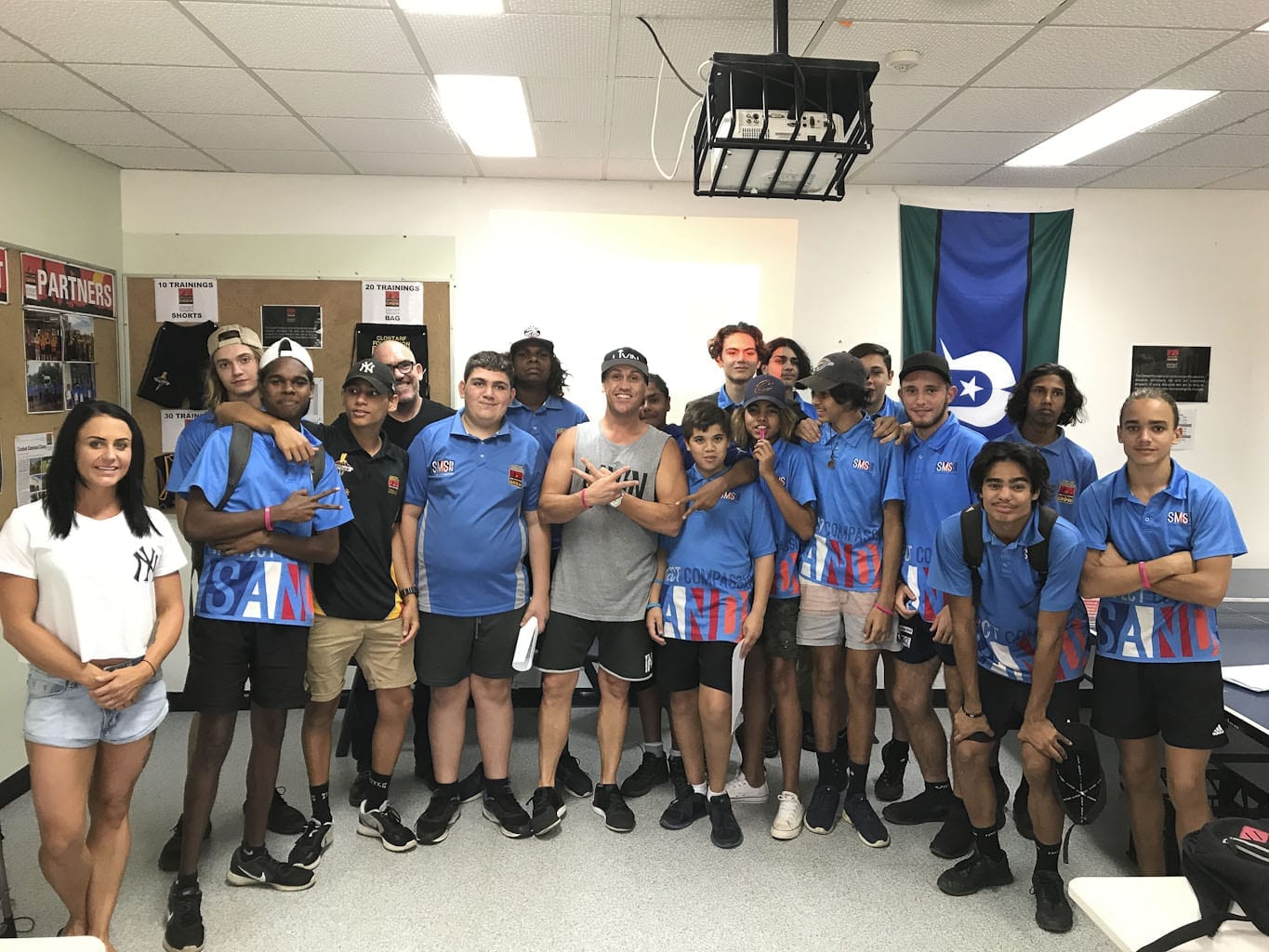 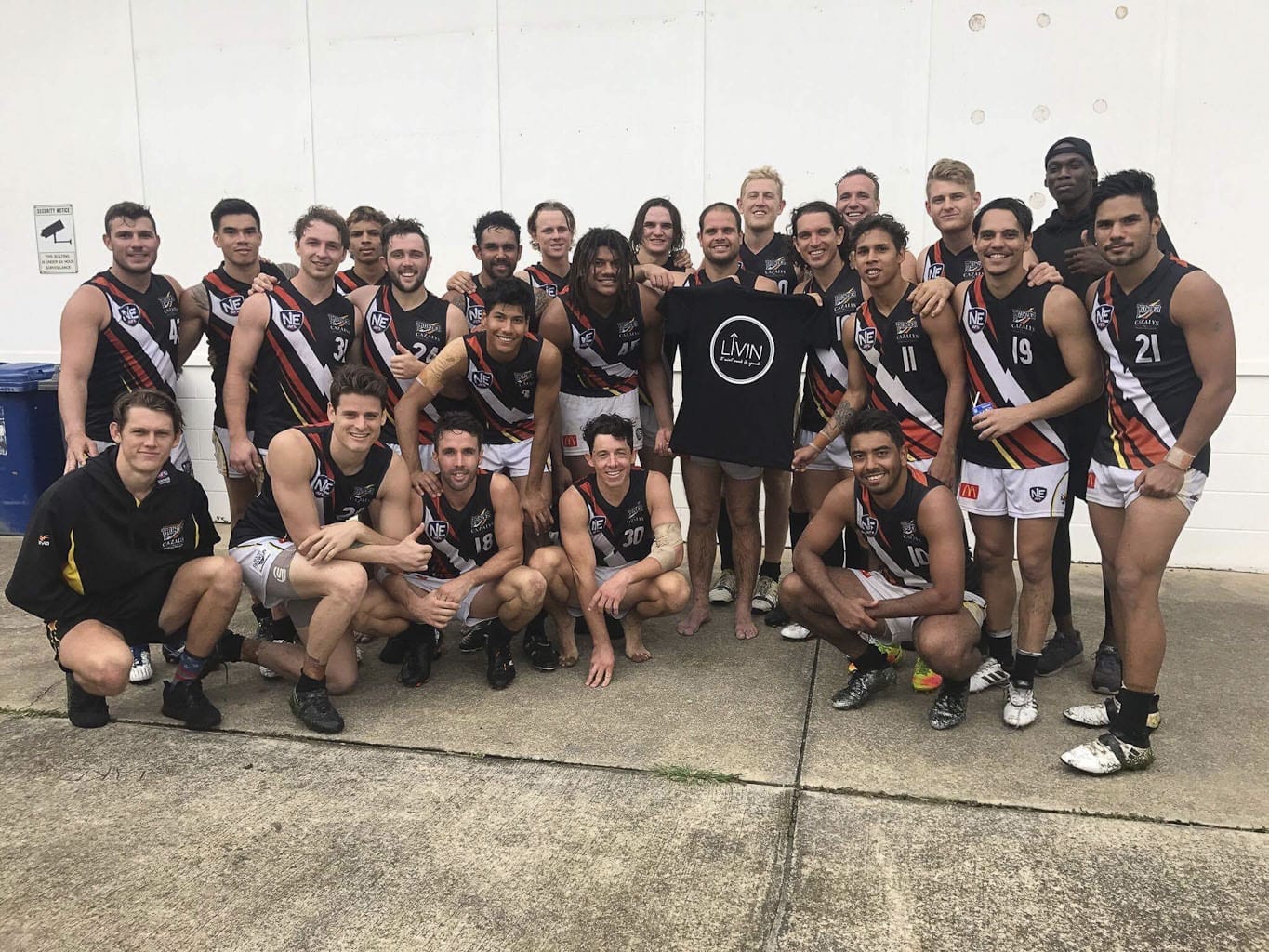 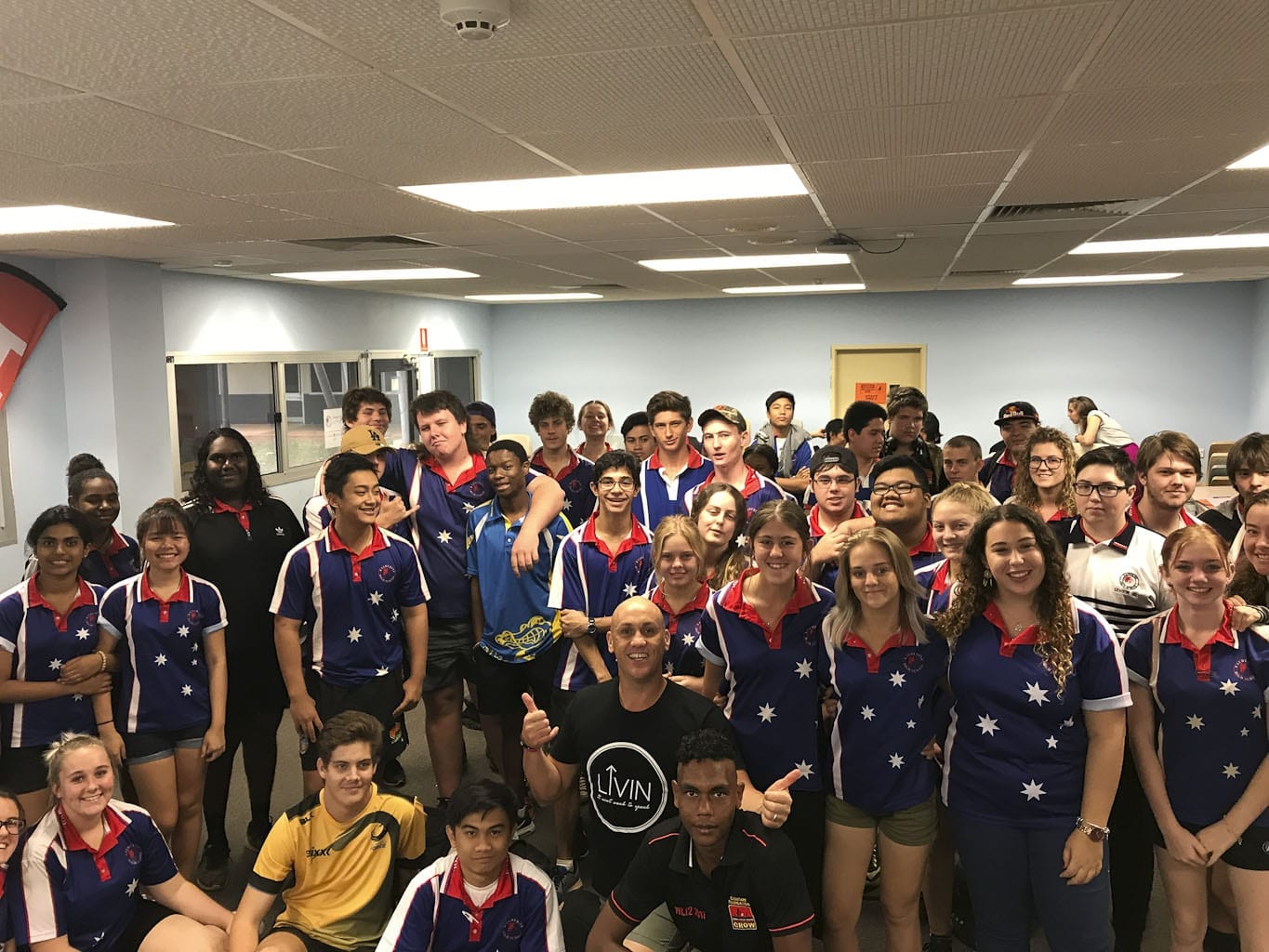 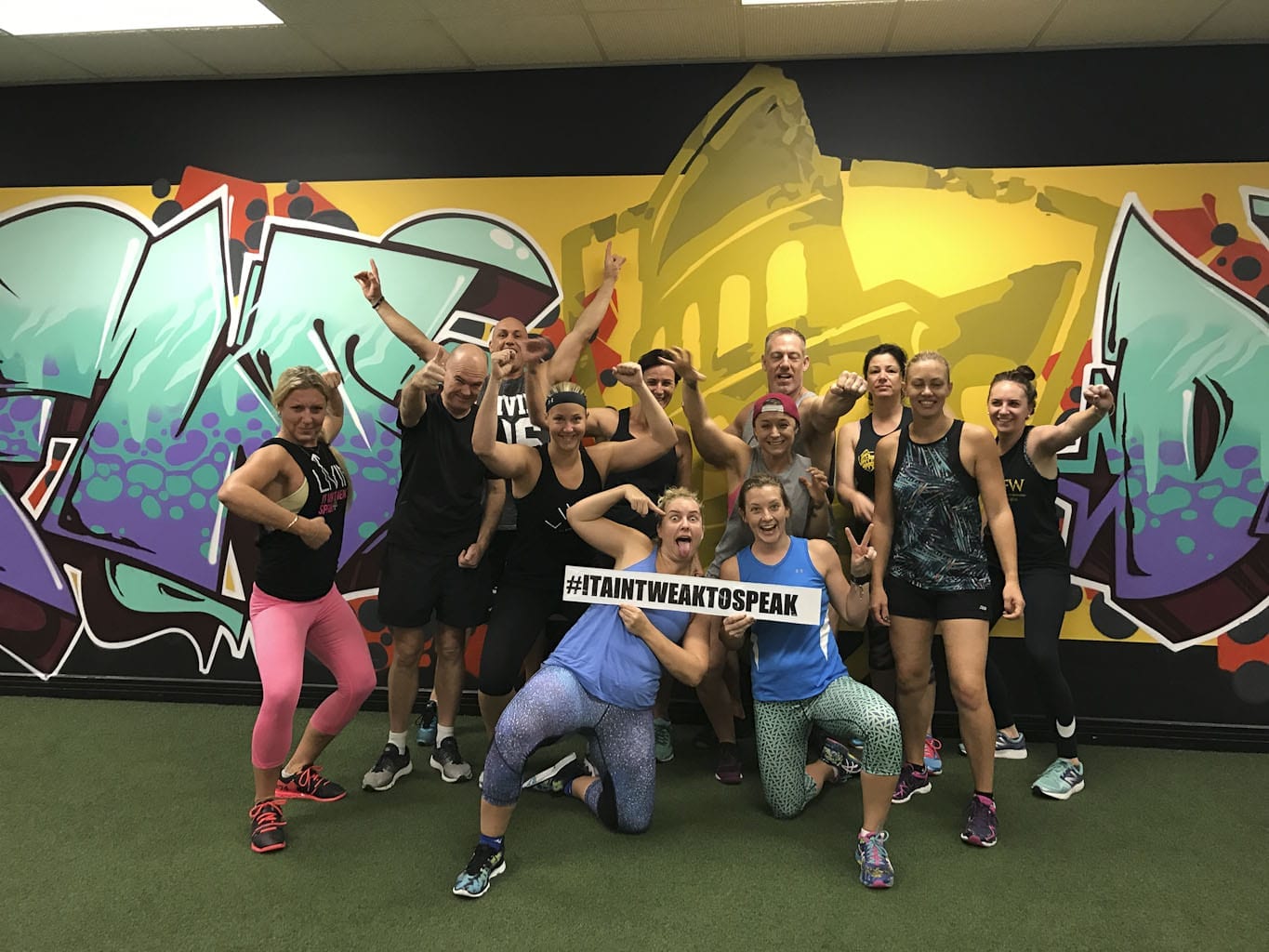 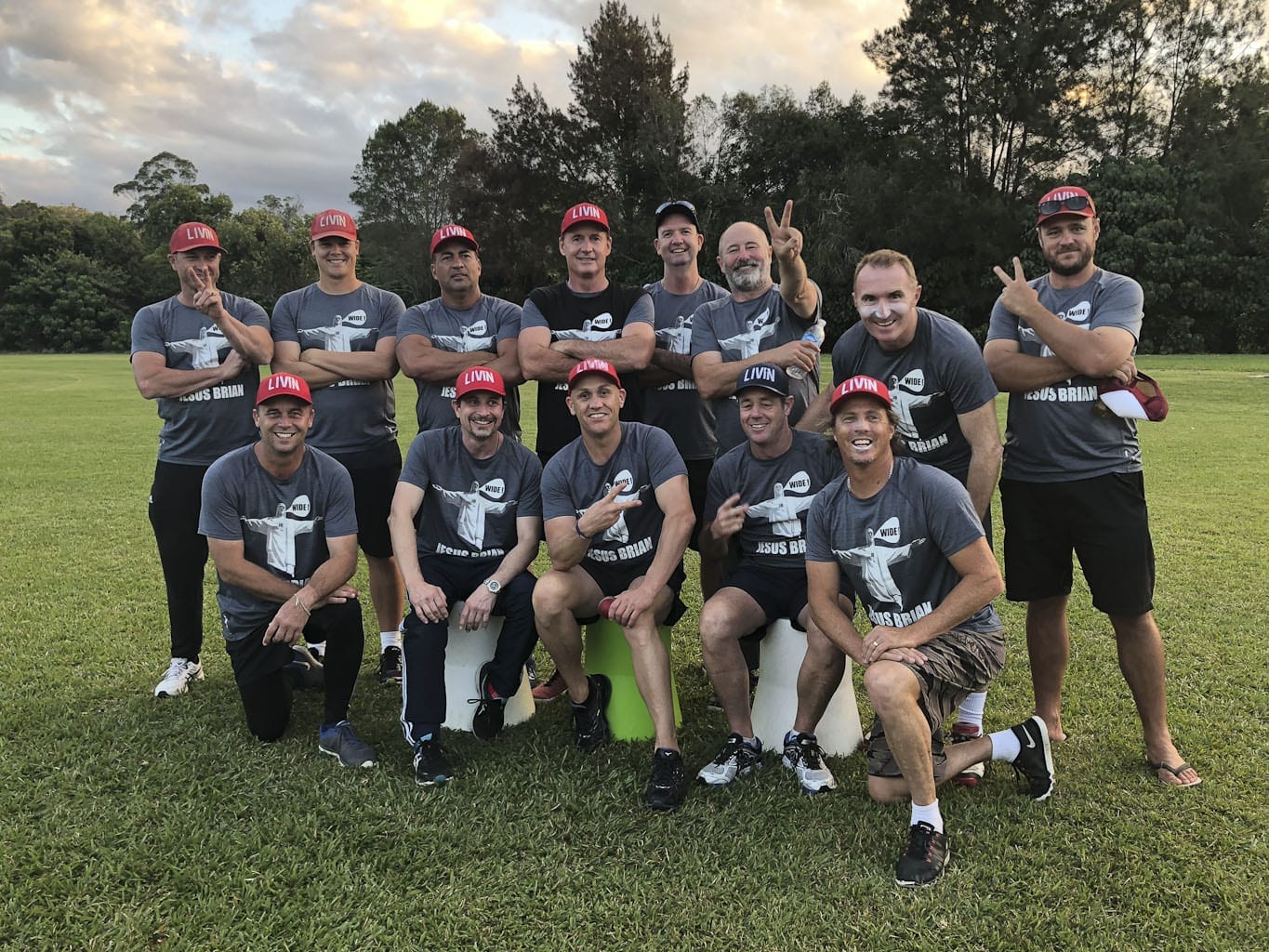 I hope my story gives others some insight into mental illness and encourages them to reach out and ask for help, knowing that it isn’t weak to speak.” 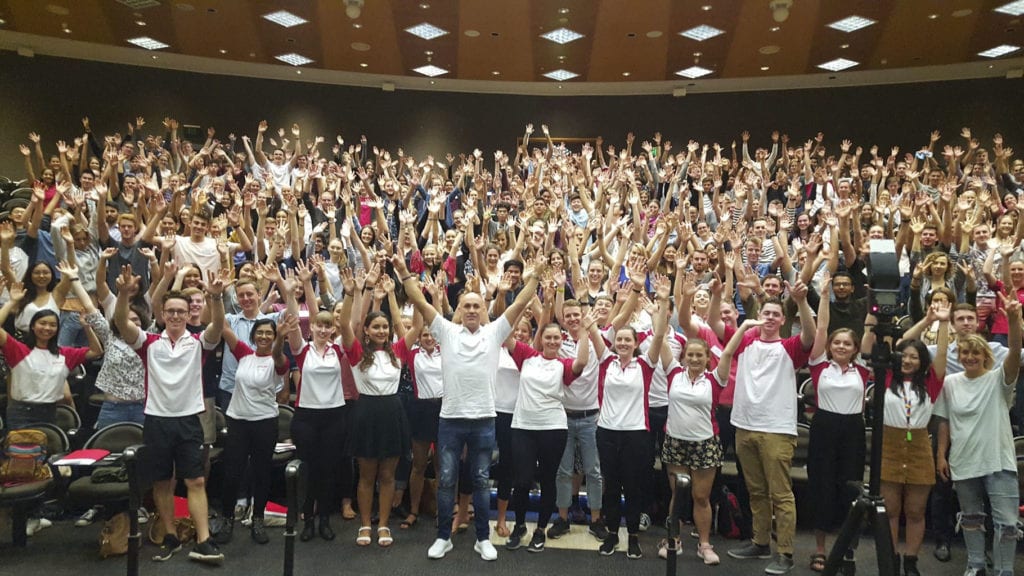