RELEASED IN CINEMAS ACROSS AUSTRALIA NOW.

SWINGING SAFARI (formerly titled Flammable Children) will be released across Australia on 11 January 2018.

Darcey Wilson and newcomer Atticus Robb. Set in a typical Australian beachside neighbourhood, at the

height of a 1970s summer, SWINGING SAFARI is a love letter to a world of careless parenting, constant 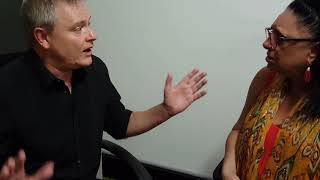 Colin Gibson (who recently won an Oscar, BAFTA and AACTA for his work on Mad Max: Fury Road) and

the Caribbean: Dead Men Tell No Tales , The Avengers  and The Wolverine ) and Oscar-nominated make-up

artist, Rick Findlater who worked on the Lord of the Rings trilogy, the Hobbit trilogy, Unbroken and The