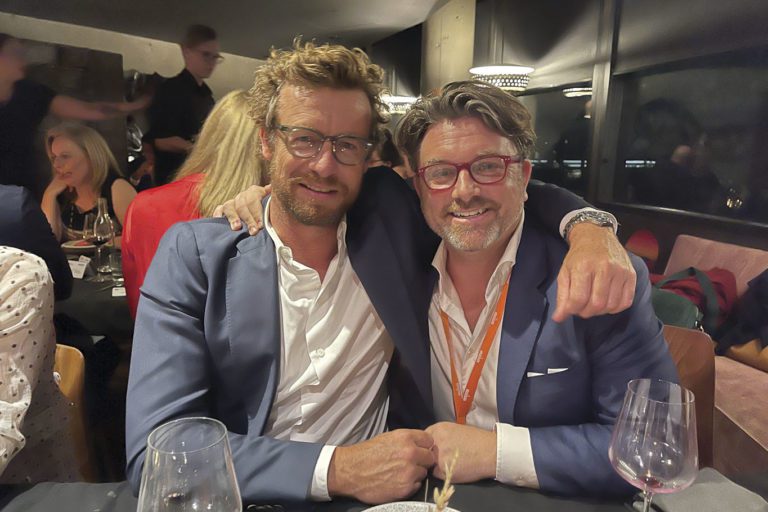 AS CEO of Screen Producers Australia SPA), Matt Deaner has spent the past decade advocating on behalf of the businesses that bring us feature films, television programs, interactive content and more recently, games across all genres and formats. Since its origins in the 1950s, the organisation has provided a consistent voice lobbying for Australian content regulation. ORM checked in with Matt to chat about his history in the business, how he has adapted in the post-Covid era and his advice for those seeking a start in the screen industry.

BORN in Sydney, Matt Deaner spent his formative years in Tasmania, where he quickly developed a love for media and television.

After a one-off appearance on a local Saturday morning kids’ TV show, Matt decided to further his passion, taking on work experience for the ABC and dabbling in the local radio and television industries.

Matt says his love for the media industry evoked an understanding of self and a huge sense and creation of communities, something he remains very passionate about.

Matt continued to explore his love for entertainment and media when he moved to Adelaide to study law, taking part in law school revues at university and enjoying roles in a number of South Australian film productions. His studies eventually took him to Montreal, where he continued to perform and produce entertainment before he moved to London to work in an entertainment law firm. “I jumped into producing, starting with a children’s entertainment show, and programming for networks,” Matt says.

When the 2000 Sydney Olympic Games came around, Matt knew his home was calling. “I wanted to be part of the nation that was expressing itself on the world stage from that city,” he says.

That return also coincided with what became his future career pathway, through policy work, which balanced the legal training with his practical experience of working in the screen industry. 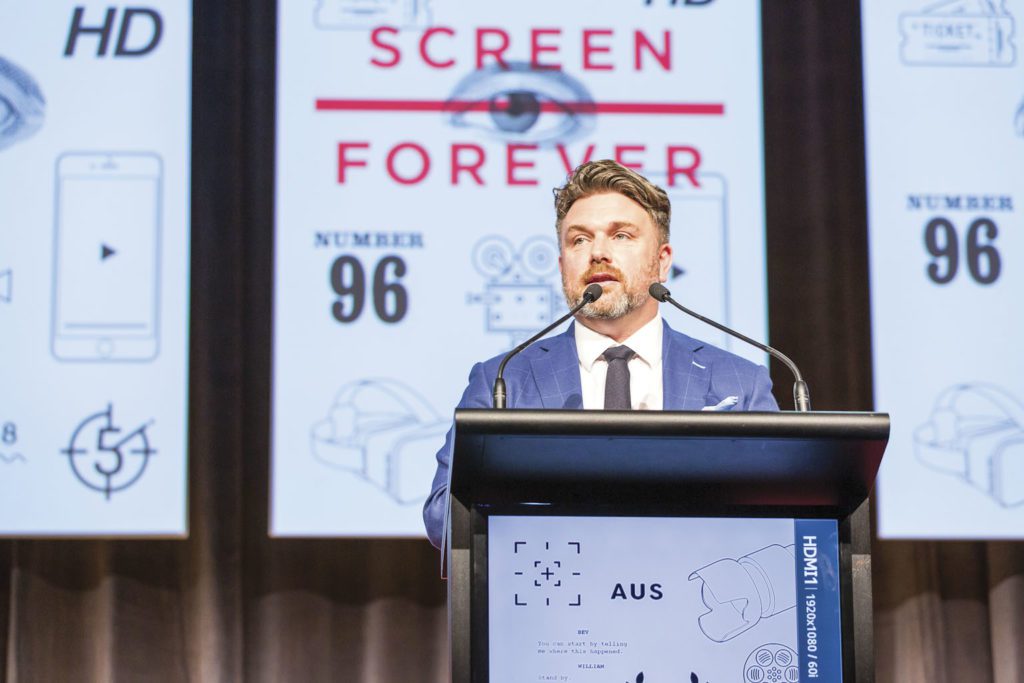 “I really felt that I found my calling through the combination of media, politics and entertainment in this very interesting pocket of work,” he says. “It was stimulating and challenging, a nice balance of seriousness and creative expression.”

After policy and strategy roles in television and at Screen Australia, Matt was offered the opportunity to lead Screen Producers Australia (SPA). Taking on the role of CEO is always a challenge, but it is one Matt has accepted with grace.

“When I took this role, I didn’t appreciate the intensity of the task,” he says. “I thought I understood a lot of the industry, and there was an overwhelming expectation, both of the industry and of myself. The tasks in this role are never-ending and with limited resources and with no finish line, you have to give yourself permission to not have to be the perfectionist – to solve every single problem that you come across.

“Early on, when I was feeling overwhelmed by the task in front of me, I was guided by an analogy that was shared with me at the time about the task of eating an elephant. The solution? Well, you’ve got to eat it one bite at a time.”

Matt has seen and learnt a lot of the landscape changes within the industry during his time at SPA. He says collaborating and engaging with other people is one of the best parts of the job.

“In the industry, there’s a lot of great people that I learn from. You are surrounded by people who are constantly thinking differently, which is the absolute joy of our industry,” he says. “It’s an interesting industry with fantastic people everywhere. You spend energy with people who reshape the way the industry is operating. This work is always fascinating as the participants and the structures keep changing.”

Working in such a significant position is tough in any industry, but as Covid took over, the entertainment industry was one of the sectors hit the hardest. 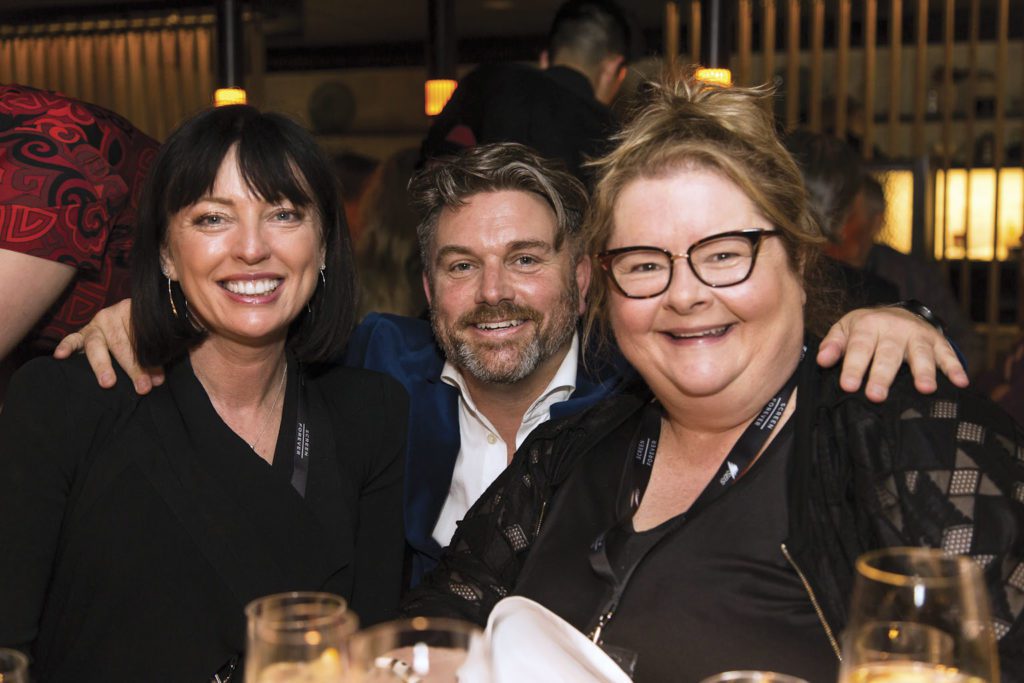 “Covid challenges for us were huge,” Matt says. “We had to ask ourselves how to deal with Covid for ourselves but also the hundreds of small businesses we look after and how we were going to keep people employed. When Covid first hit I, like everyone else, was feeling incredibly discombobulated with what was going on. How was everything going to work now? How will we keep going with so much danger and risk ahead?

“So we started a daily show to link our industry back together. We named them SPA Takeaways – interviewing and talking to people and getting them up off their couches and leading a pathway where everyone could tune in and start to feel like the industry was continuing on and was again connecting. It gave people a sense of community that they’d lost straight away, as the industry itself was starting to fall apart.

“That was the front-facing exercise but behind the scenes, we had to switch into intense engagement with all our stakeholders and government to deliver outcomes such as insurance programs and industry Covid guidelines so that our members could get up and running again. This coupled with our team providing complicated and constant advice and guidance to our members about employment and contracting matters as everyone’s worlds were turned upside down.”

Matt encountered another major setback in the form of the policy reform announced in 2021.

“Many policy changes, when they were first announced, were not the way we thought they should be, and not the outcomes our members and the production industry wanted – presented to everyone at a time when the industry was particularly unstable due to all the chaos being caused by Covid,” he says. “We had to be very strategic about what we thought we might have a shot at changing and then bring everyone together and be as tactical as possible in influencing the right people, in the right sequence, to stop as many bad outcomes for our industry as possible from happening. The overturning of a number of previously announced decisions and legislative processes really was an extraordinary result and it will benefit our industry for years to come.”

Matt is very positive about the Australian film and television industry and its future. 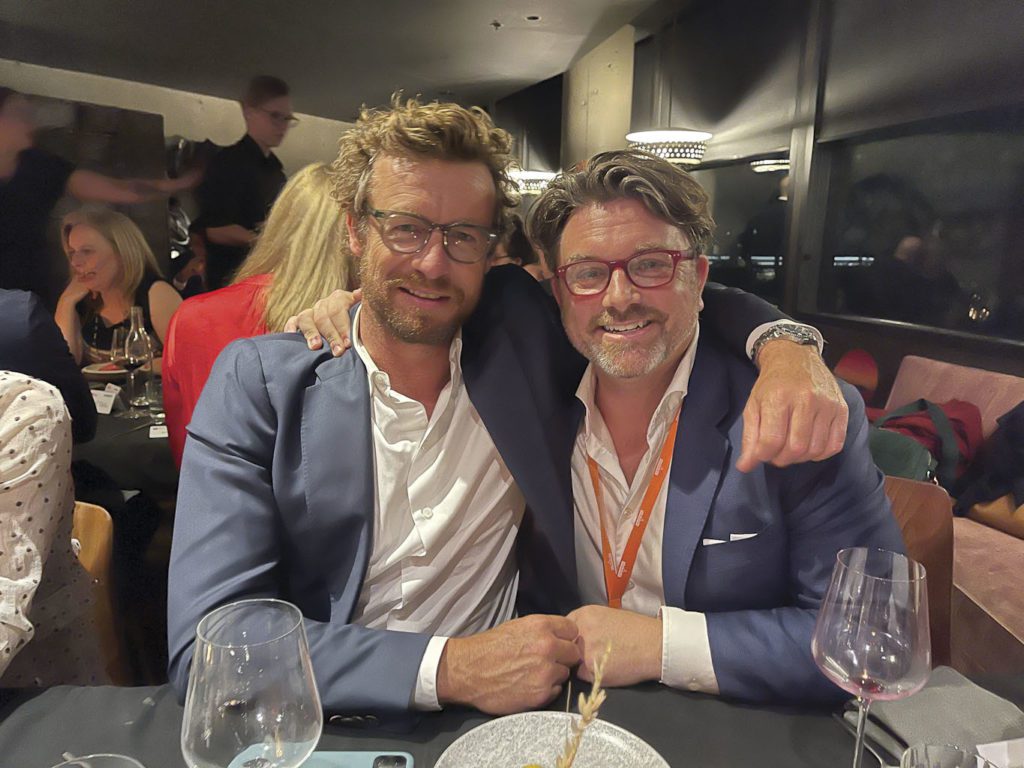 “This is a great moment and opportunity right here and now,” he says. “Many countries are pitching for global opportunities for their sectors but courtesy of many years of robust regulatory and incentive frameworks, Australia starts from having 50  years of investment in skills and infrastructure and people, which means that we have an industry that can capitalise upon the opportunity that is presenting courtesy of a global content boom.

“The globalisation of streaming platforms opened up the world for our industry from one of small budgets for local productions for local networks to allowing projects of larger scale with an expansion of the ideas and opportunities that is following.”

Despite this, Matt warns we must proceed with caution.

“We’ve got to make sure we protect the things that are critical to our sector and our community – local businesses, local creatives, local stories and that they are given the opportunity for growth and amplification through this pathway to a global industry,” he says. “There’s a need for robust safeguards given the scale and size and market tendencies of global businesses in our market that can dominate and if unchecked, also decimate. This is the key ongoing conversation with government.”

With global streaming growth and demand for content, Matt has a few words for producers and creators who want to keep informed and connected.

“Having relationships with those streamers is really important for the industry. Screen Forever is the way the industry comes together across all strands, across all parts, to check in with each other and network, but also conduct business and create opportunities,” he says.

Held in Australia by SPA and formerly known as the SPAA Conference, Screen Forever is an annual three-day conference for film industry professionals.

“(Screen Forever) is really the best opportunity for face-to-face engagement in our industry,” Matt says. “It combines all of our major partners, all the platforms, all the businesses operating in this country in the one physical environment. It is not only a reunion. It will be the first time a lot of people will have a chance to sit down and meet the new wave of creative people that are coming through as well as reconnect with the people that they have existing relationships with. 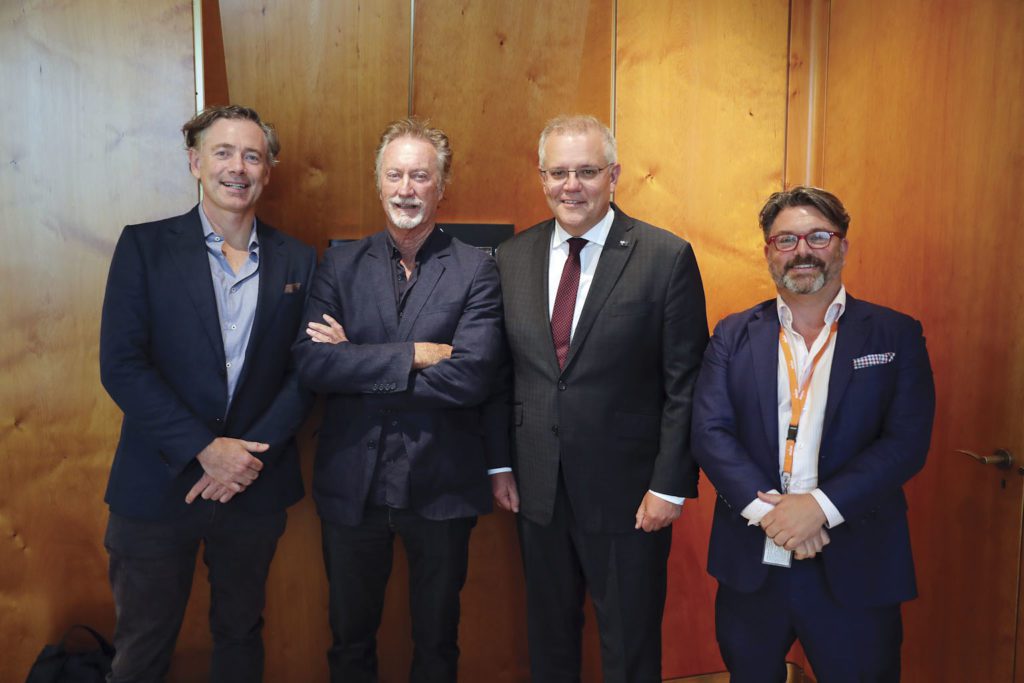 “For a lot of people in our industry, pathways to broadcasters or streaming businesses come from pathways with the production companies. Figuring those relationships out is part of what Screen Forever is about, offering up a particularly valuable environment for those that are interested in working in our industry.”

Asked if he has any advice for emerging producers and talent, Matt is more than happy to share his knowledge.

“One of the things I always say to people is that this is an industry of personal relationships and in order to have strong relationships, you have to take an interest in and build rapport with a lot of people,” he says. ”This all needs time with people and consistency in the way you deal with them. There is no linear set of connections or pathways for people. Sometimes an opportunity or collaboration will open itself up at any time.”

However, Matt says the industry is not for the faint of heart.

“To be in the industry is a 50-year commitment. You must have grit and resolve to keep moving forward and never give up.”