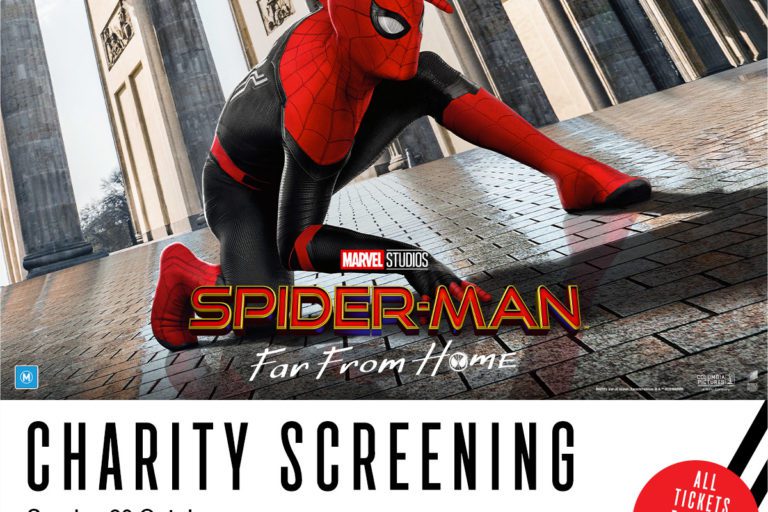 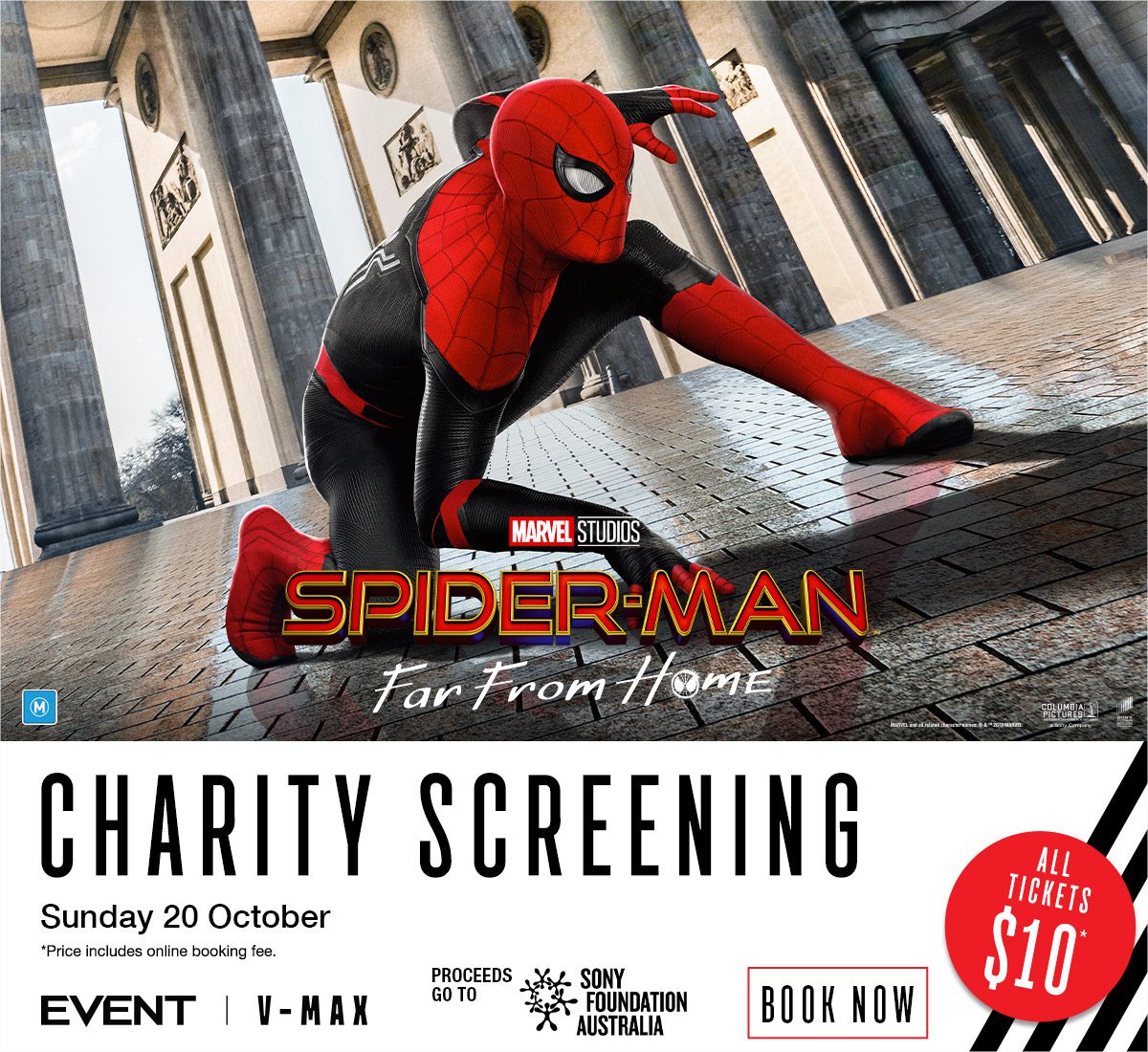 Event Cinemas Robina, in partnership with film distributor Sony Pictures Australia will host a special charity screening of “Spider-Man™: Far From Home” on Sunday 20th October to raise money for Sony Foundation Australia.  The screening gives everyone the opportunity to become their friendly neighbourhood super hero and donate to a great cause while having a fun afternoon at the movies, with all ticket proceeds going to the foundation.

The cinema will host a range of ‘Spidey’ themed activities including face painting for a gold coin donation, raffles with great prizes including a Sony Speaker and camera, prizes for the best dressed Spider-Man, and more!

The Sony Foundation is one of Australia’s leading charities that aims to improve the health and wellbeing of young Australians.  The proceeds of the screening will go towards supporting young Australians with cancer, disability and battling homelessness.

“We are thrilled to help support The Sony Foundation and the fantastic work they do to help improve the lives of young Australians.  We love that we can utilise our cinema to bring the community together to support this special cause and have a great time while doing it”, says Mathew Phillips, Area General Manager, Gold Coast Event Cinemas.

“Spider-Man™: Far From Home”, starring Tom Holland sees Spider-Man having to step up and take on new threats in a world that has changed forever since the events of “Avengers: EndGame”.  The screening will take place in V-Max and is a chance for people to catch the action on the biggest screen with the best sound.

Tickets for this special charity screening of Spider-Man™: Far From Home are $10 and can be purchased at Event Cinemas Robina or online now at eventcinemas.com.au

For more information on The Sony Foundation Australia visit www.sonyfoundation.org