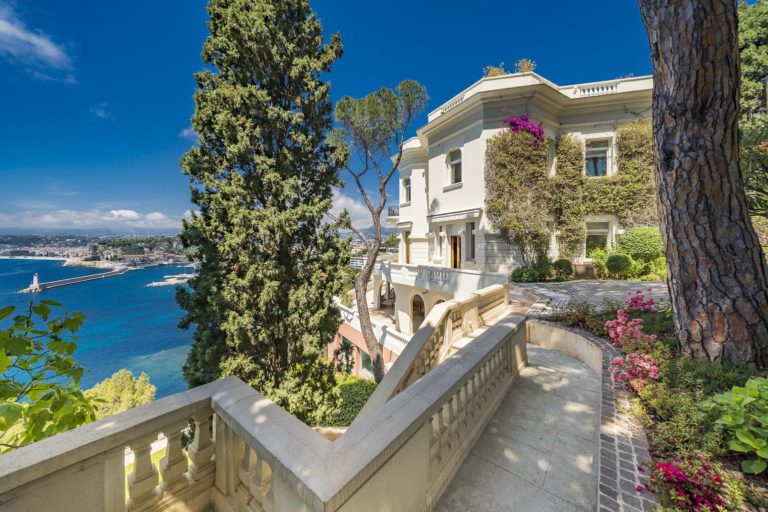 Sir Sean Connery, who died on Halloween, was not only one of the most famous actors of the past 50 years, in 1999 he was named the “Sexiest Man of the Century” by People magazine. The screen’s original James Bond: smart, handsome, refined, debonair and by far the most popular of the nine actors who took on the classic-spy role created by British-naval-intelligence-officer Ian Fleming in 1953. One of the world’s most cherished celebrities, the Scottish-born star won numerous American and British film awards including an Academy Award, three Golden Globes and an American Film Life Achievement Award. He was granted knighthood by Queen Elizabeth in 2000. 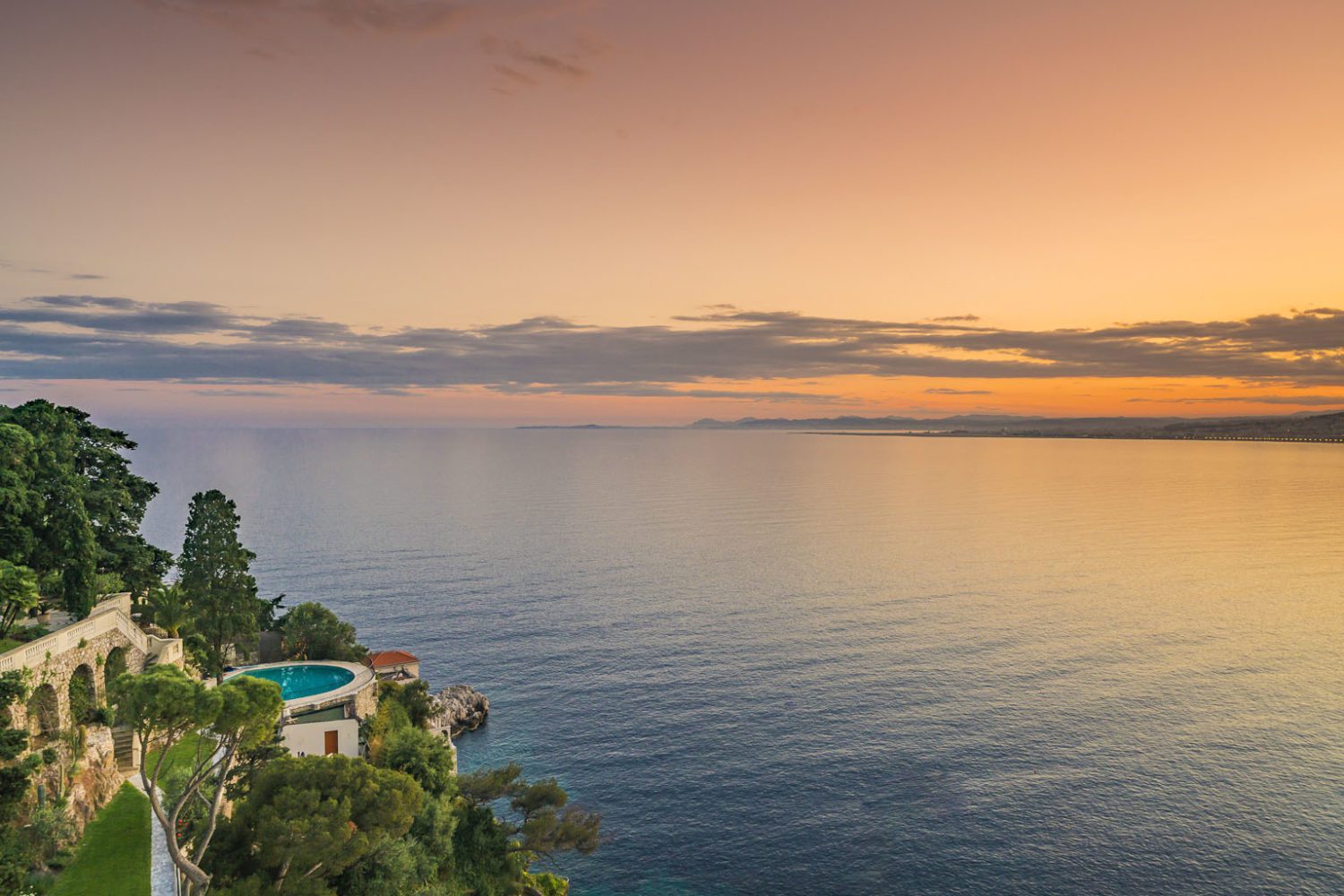 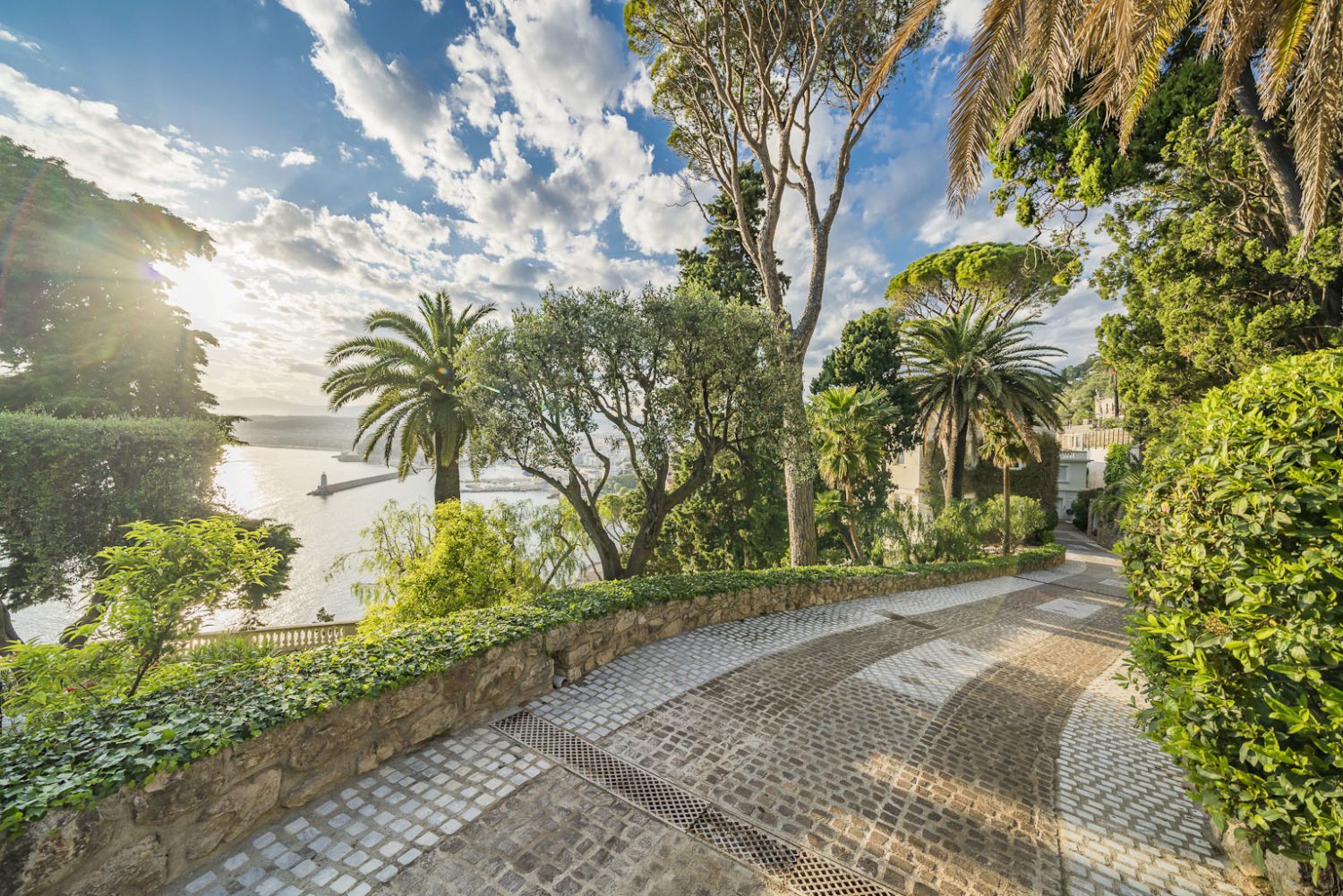 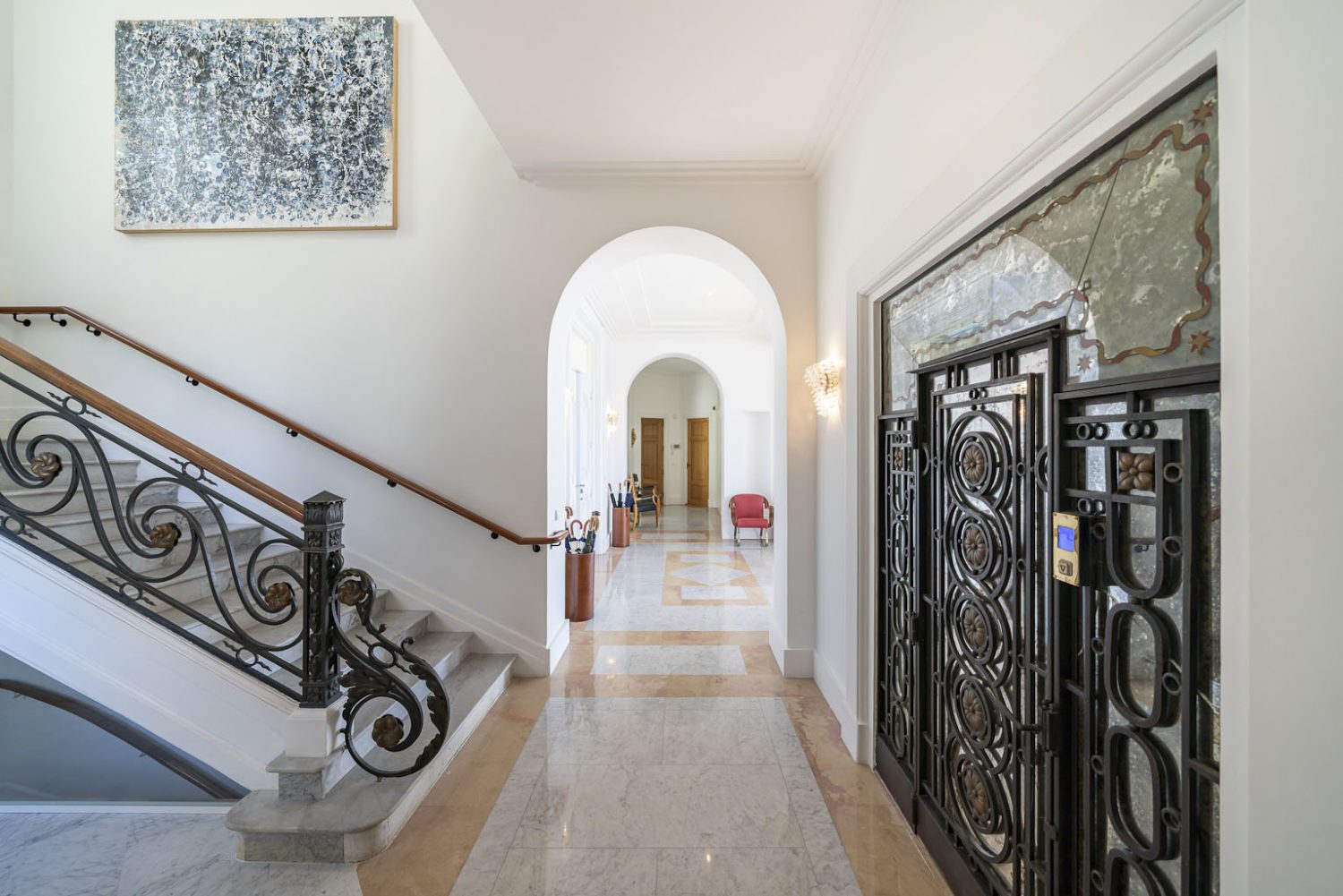 Similar to 007, who enjoyed the best food, drinks, cars and girlfriends all over the world, Connery was able to live in some of the world’s prime real estate spots with his ritzy homes in England, Spain, France and the Bahamas. His long-time house in the South of France was recently for sale at $33.87 million.  Still referred to by locals as “Sean’s place,” Connery’s former home is one of the French Riviera’s prettiest and well-located villas with views overlooking Nice and the Mediterranean Sea. Adding a touch of reality to his English-spy roles, the home was used in several scenes of his Bond-movie Never Say Never Again when it was filmed in Nice and Monaco. 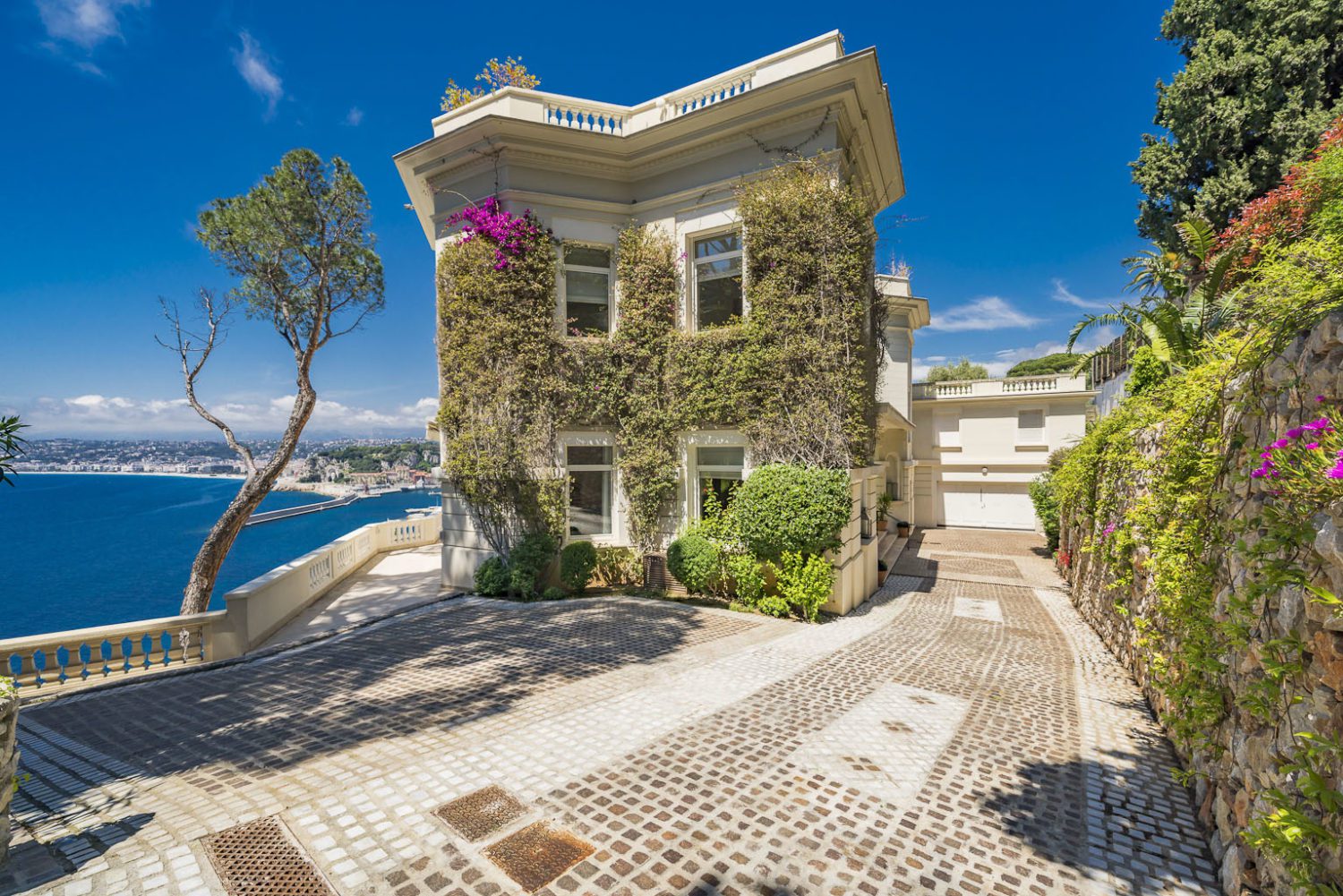 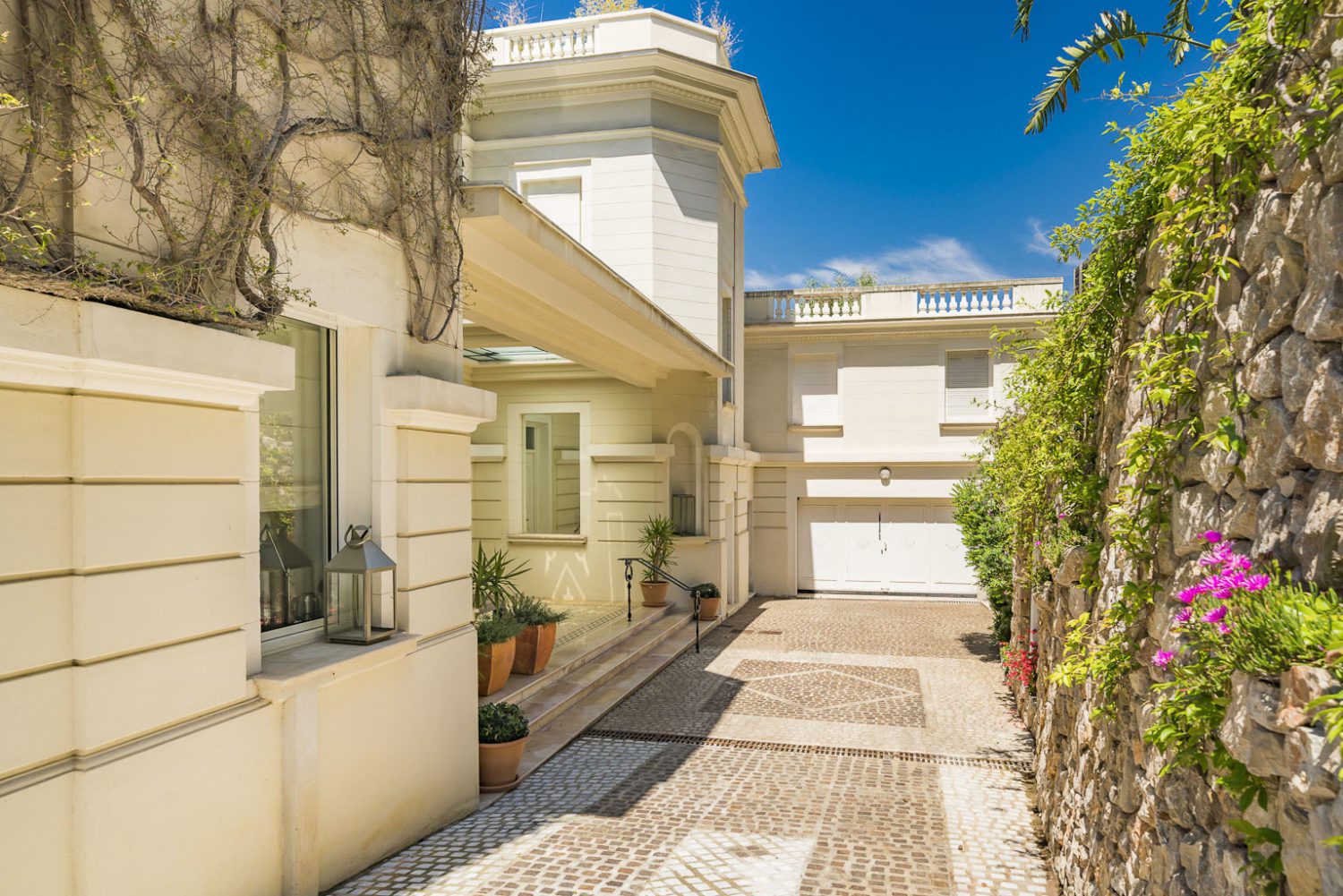 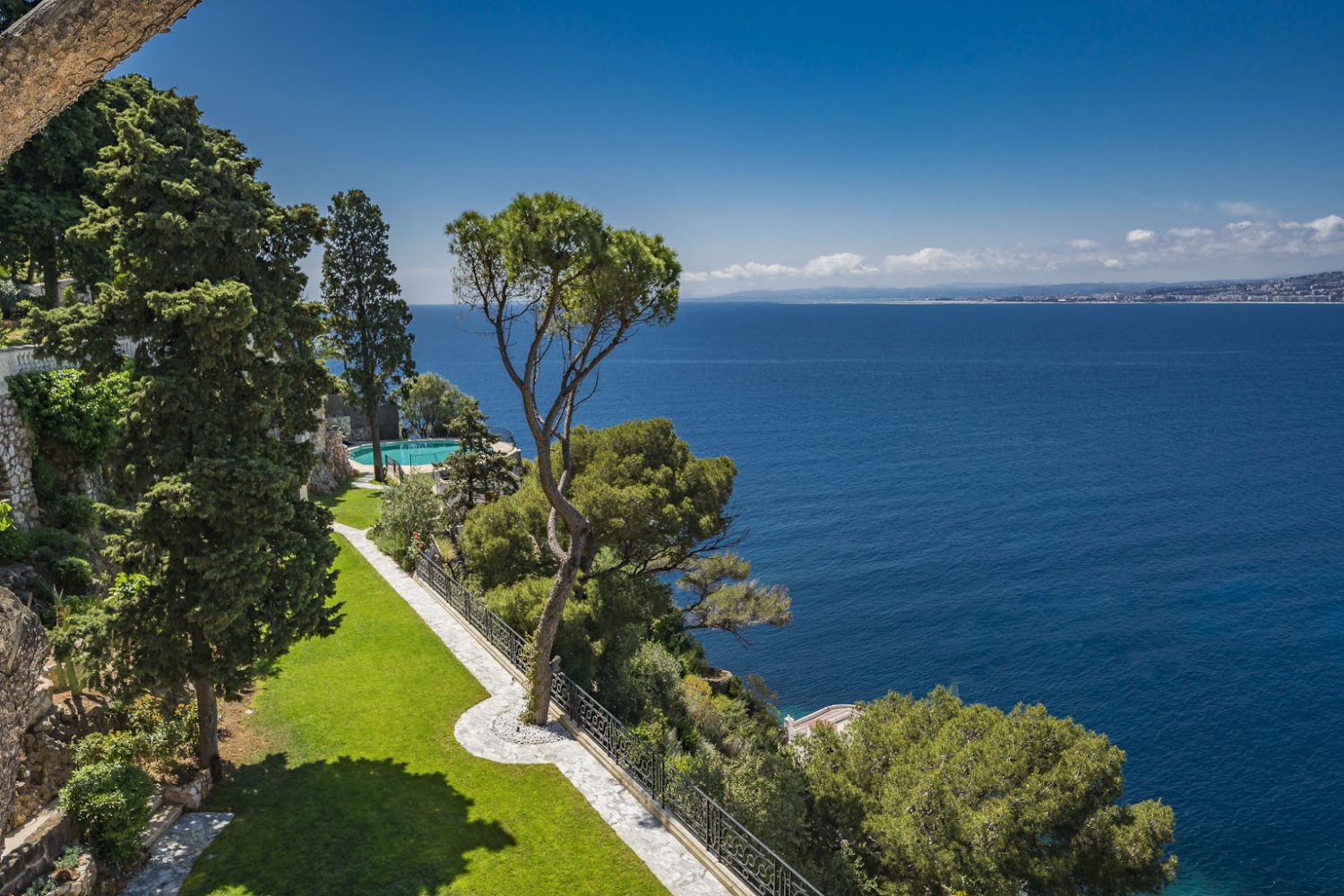 Sited on over one acre, Connery’s home is located along a winding path at the edge of a cliff with views of the Promenade des Anglais and the Old Port. Behind an entrance gate providing privacy from over-zealous fans and paparazzi, the stone mansion is styled in the classic French architecture of the 1920s and dressed in colorful wisteria vines adding more romance to its already idyllic setting. Built on five levels with an elevator and rooftop terrace, its five bedrooms and baths are distributed between all the floors. 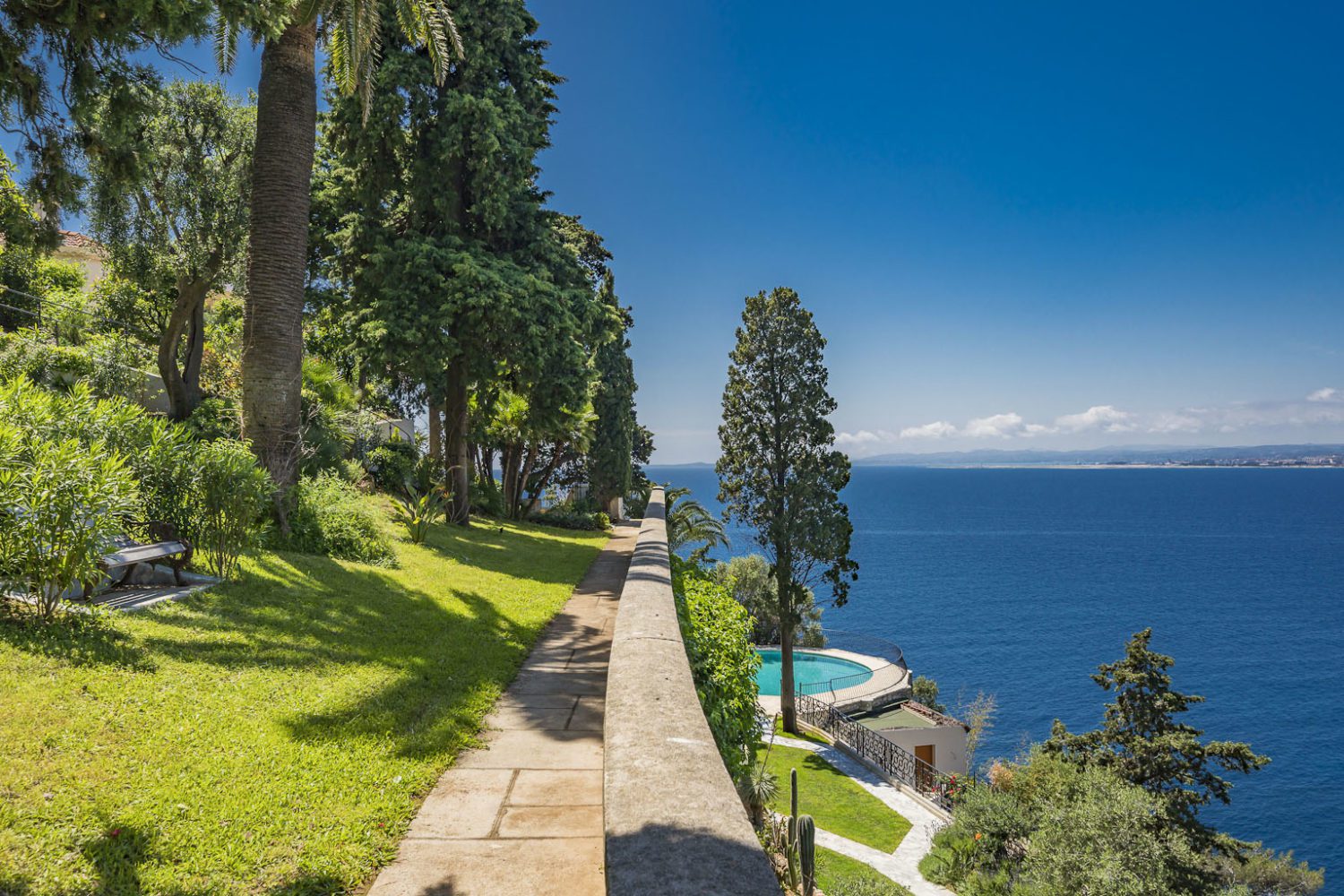 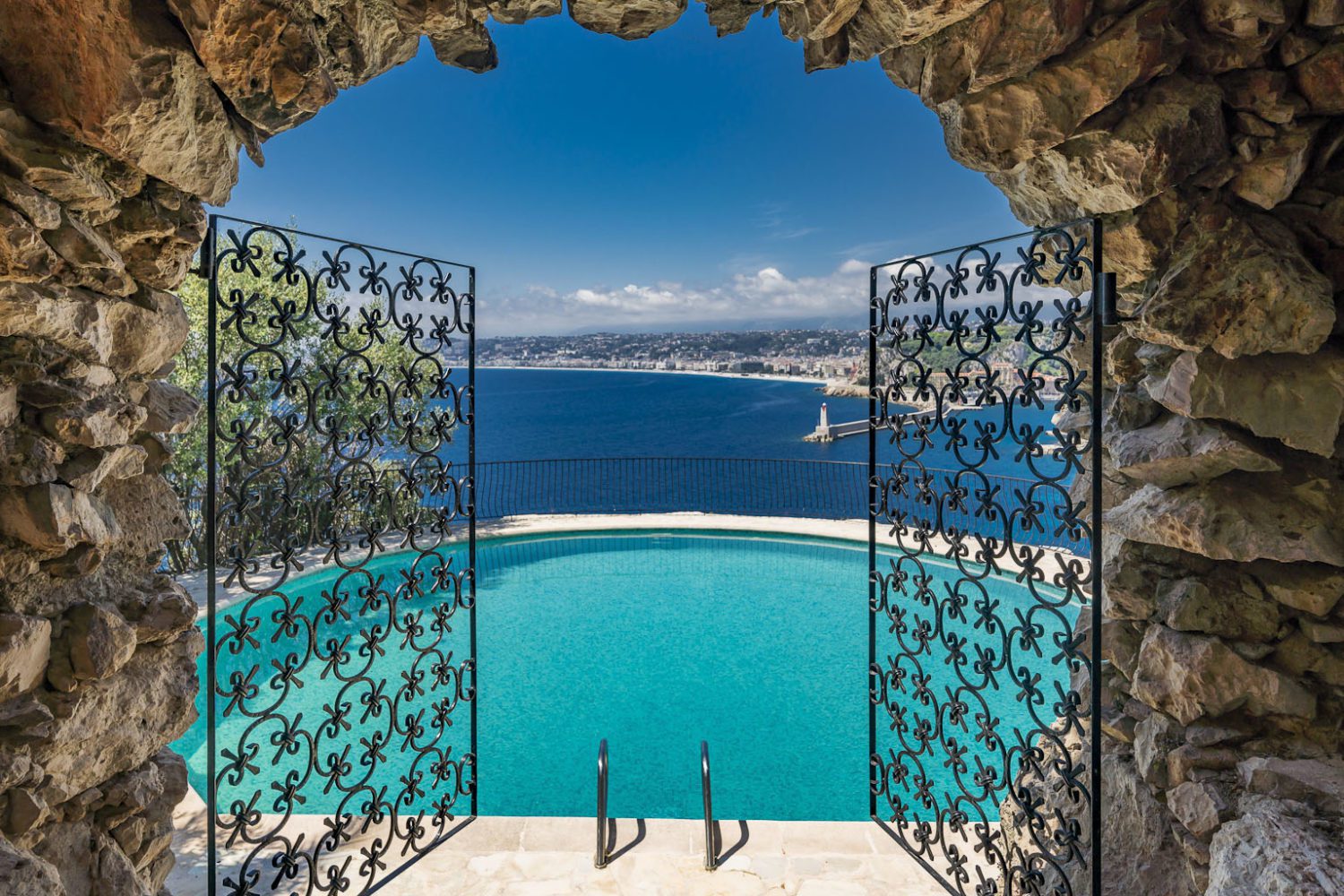 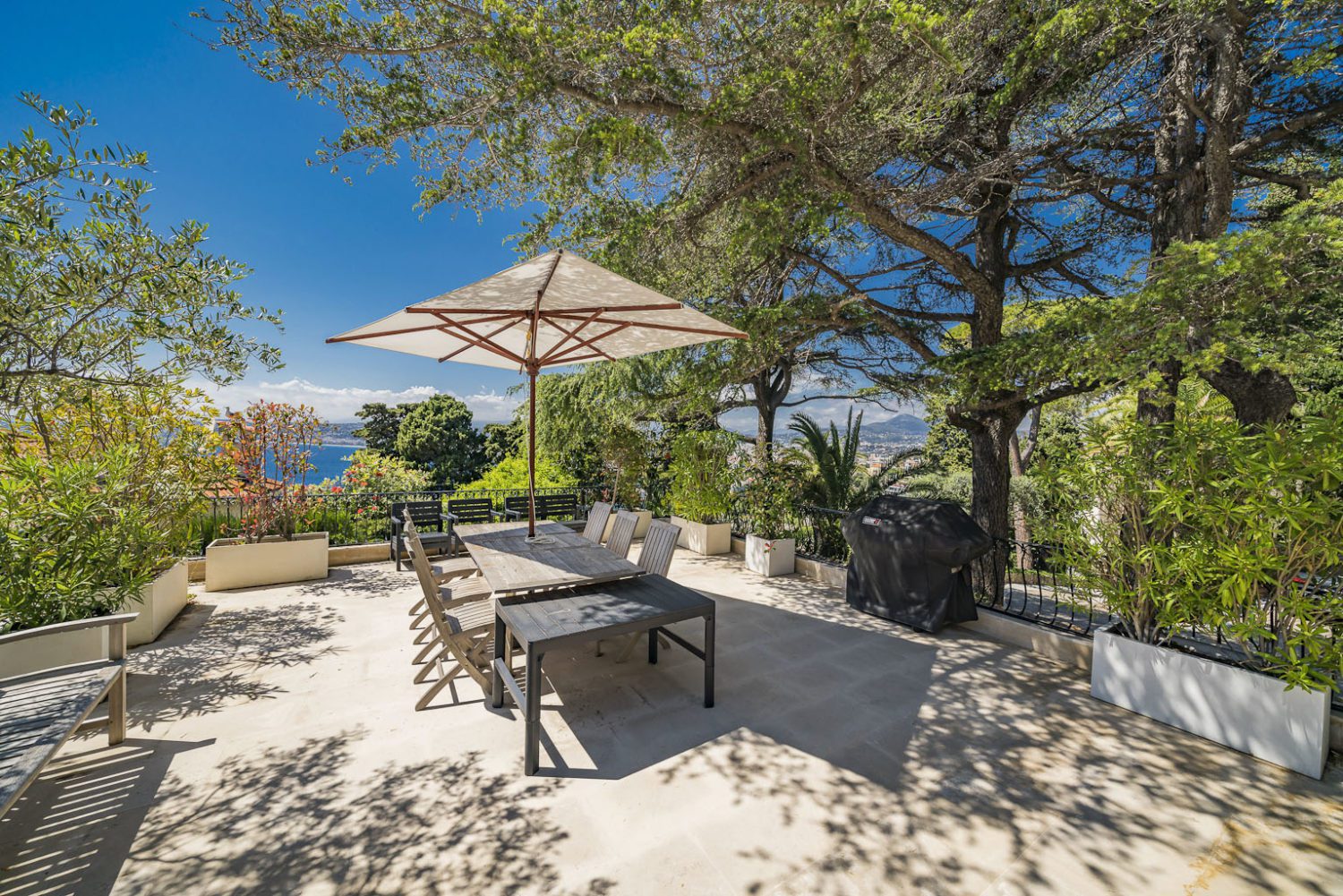 The entrance opens into the grand hall with floor-to-ceiling windows capturing more views of the mountains and sea. Wrap-around and garden terraces invite lounging and the home’s period details such as wide-planked parquet floors run throughout the building. The main level also houses a family room and another room and kitchenette. The dining room and kitchen are located on the lower floor and open to a garden terrace. The upper-level master suite has his-and-her baths, a dressing room and private balcony. The bottom level has a fitness complex with gym and an indoor swimming pool that opens to the gardens, shower and dressing areas. 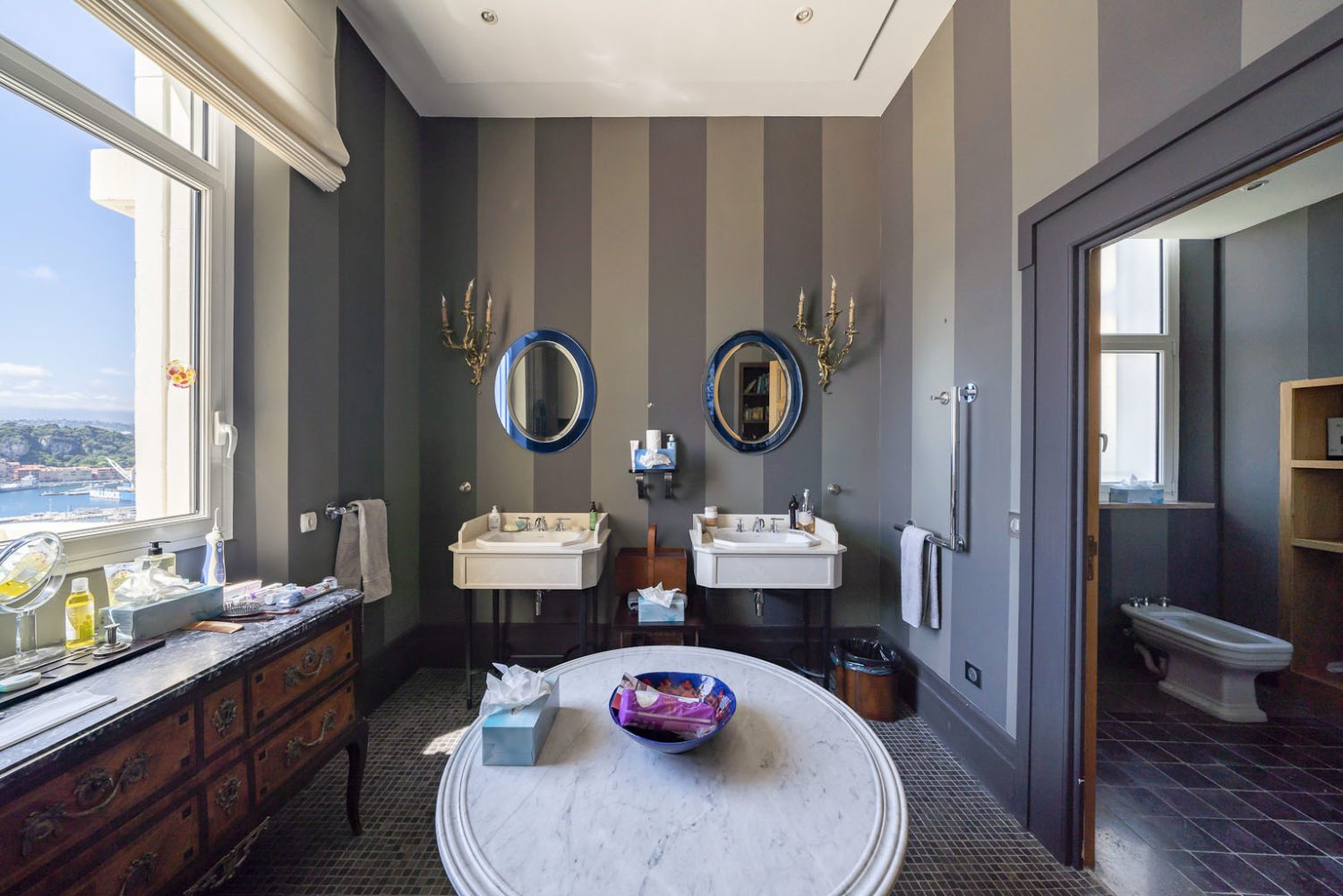 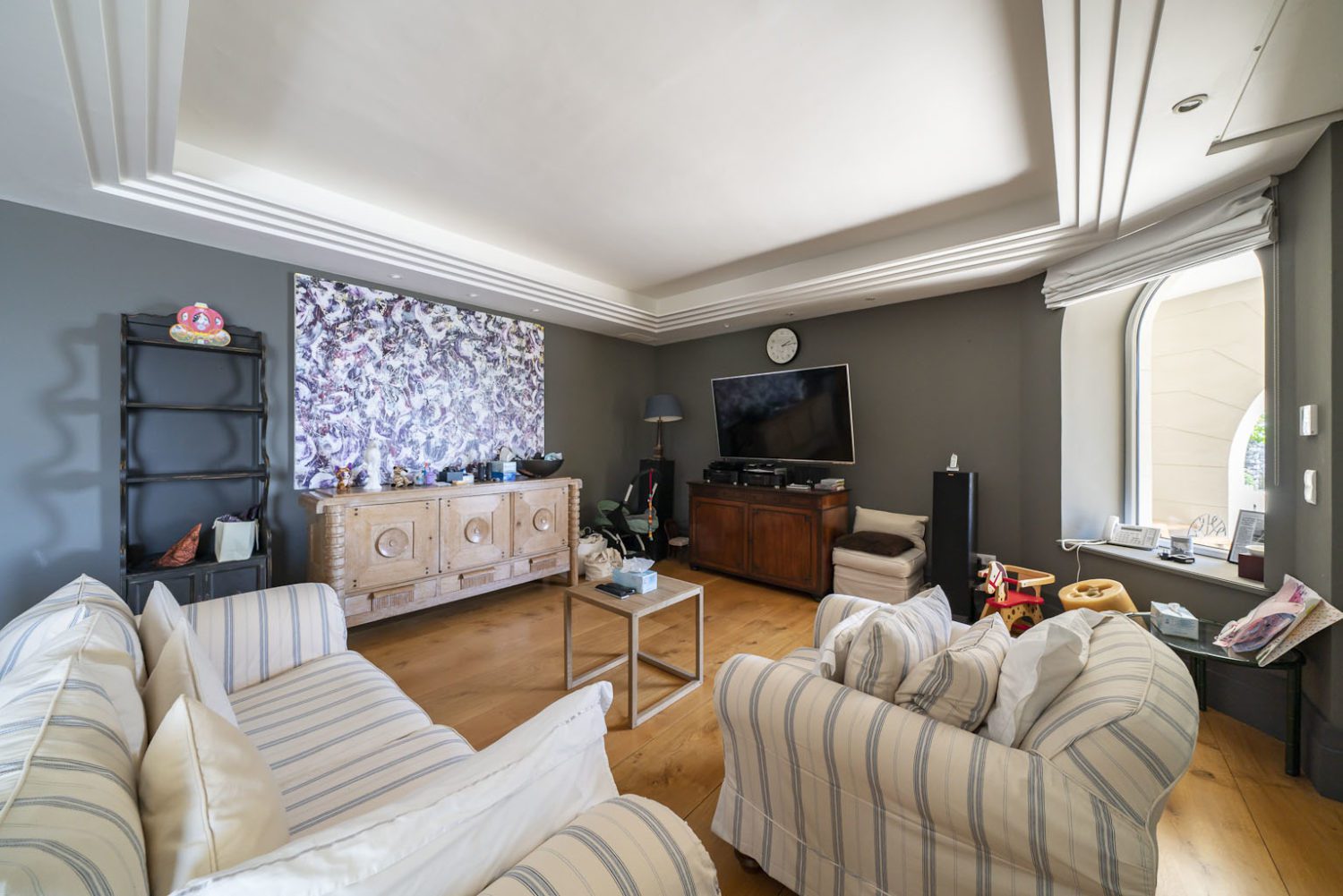 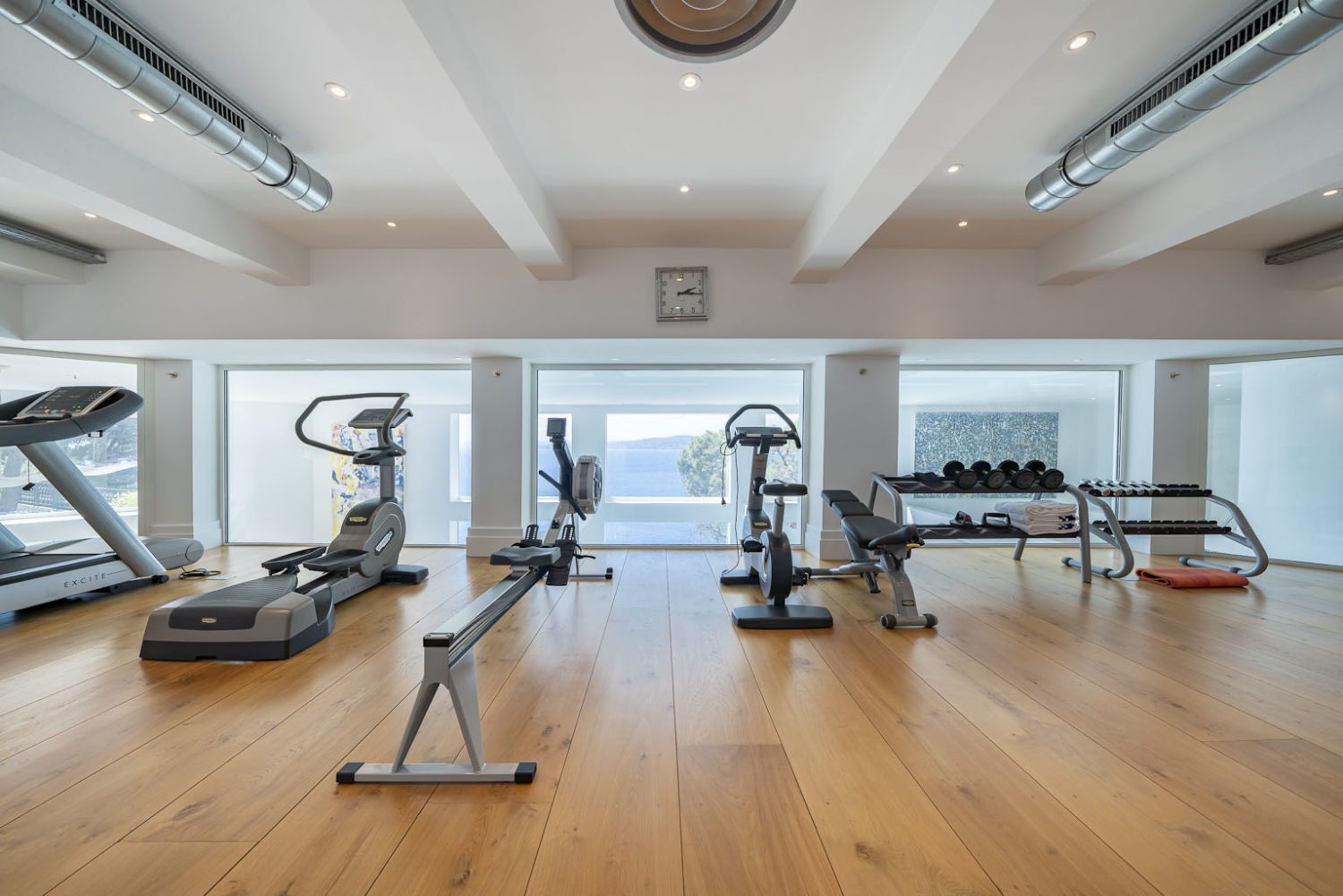 Sean Connery died on October 31st surrounded by his family in the Bahamas where he lived in recent years.