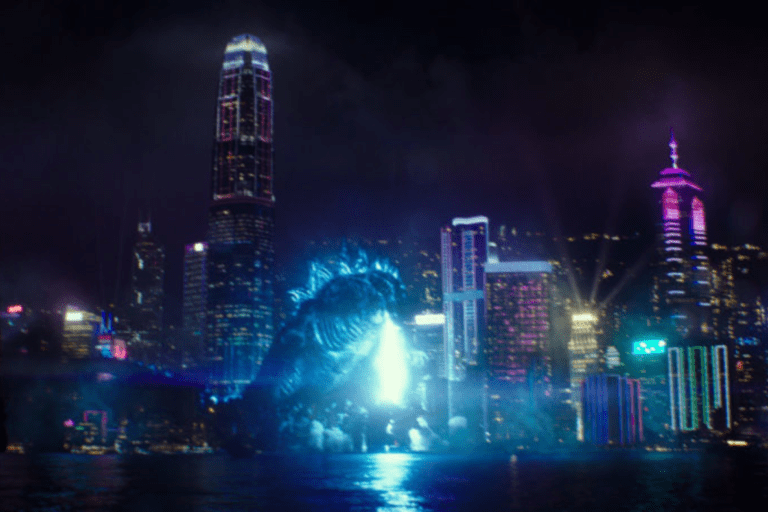 The film, that broke internet records in February as Warner Bros’ most-watched trailer, also has another surprise in store for eagle-eyed viewers with the reveal of MechaGodzilla, a third classic monster featured in the movie.

“Queensland was selected for the production due to our stellar reputation in the international screen industry for being home to fantastic facilities like Village Roadshow Studios, highly skilled local crew and a huge range of diverse locations,” Munnich said.

“This Thursday, Australian and global audiences can finally see the hard work of Queensland’s talented film workforce, and join in the fun of deciding whether they’re ‘Team Godzilla’ or ‘Team Kong’.”

Godzilla vs Kong wrapped shooting in 2019, before the pandemic crisis triggered the global shutdown of the film industry, but its planned November 2020 release was delayed. It will be released in the United States on 31 March.

In the action-packed film directed by Adam Wingard, mythic adversaries Godzilla and King Kong meet in a spectacular battle for the ages, with the fate of the world hanging in the balance.

Godzilla vs Kong will be screen across participating cinemas Australia-wide from Thursday.