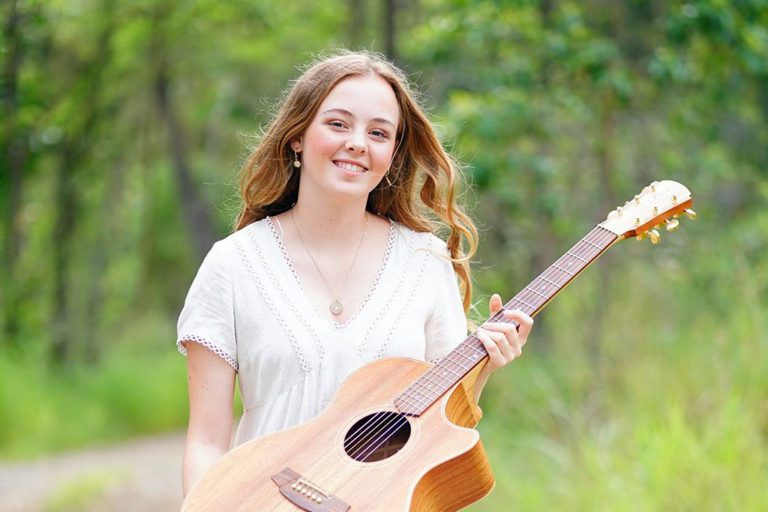 You may not recognise Lily Grace’s face, but it’s likely you’ve heard her voice around town and soon, around the globe. 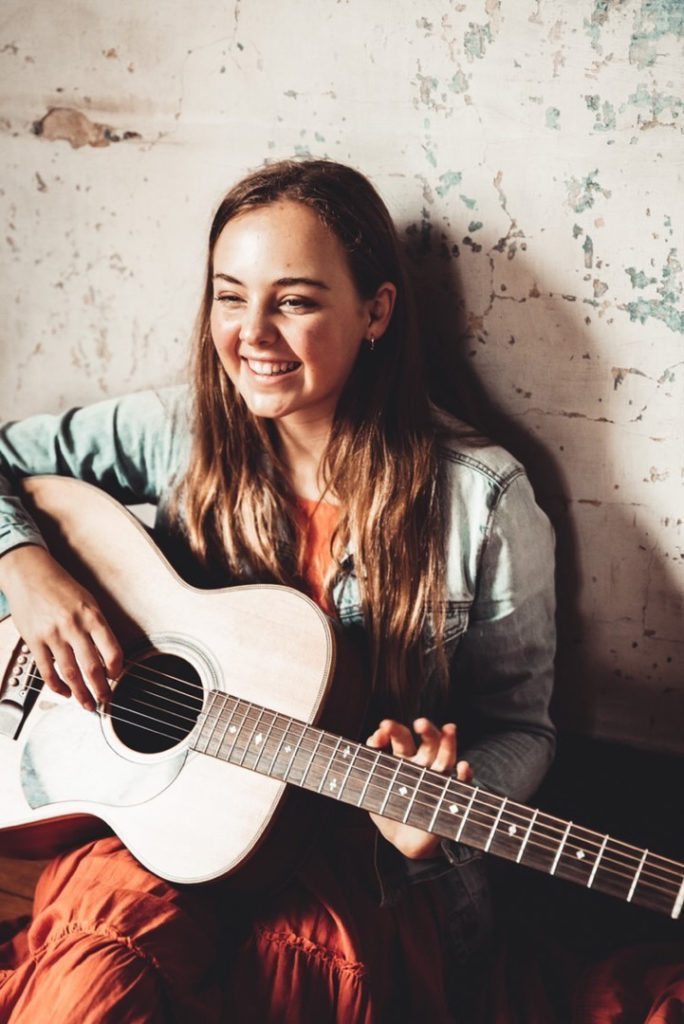 The aspiring country music star and Somerset College student, has caught the attention of many and is playing at some of the Gold Coast’s best venues.

Today, 14 May 2021, Lily Grace has released her first official song with country music partner James Blundell called Annie June. It is available as of today on all streaming services around the world.

“I am absolutely ecstatic about this release and I am so proud of how it turned out,” Lily said.

“Performing makes me so happy. You have the little kids who will stand up the front and dance along, their parents who smile and clap after each song.

“I love how raw and real it is. I love that you can pour your heart out in a song and that it can connect you to an audience of people who resonate with the message. 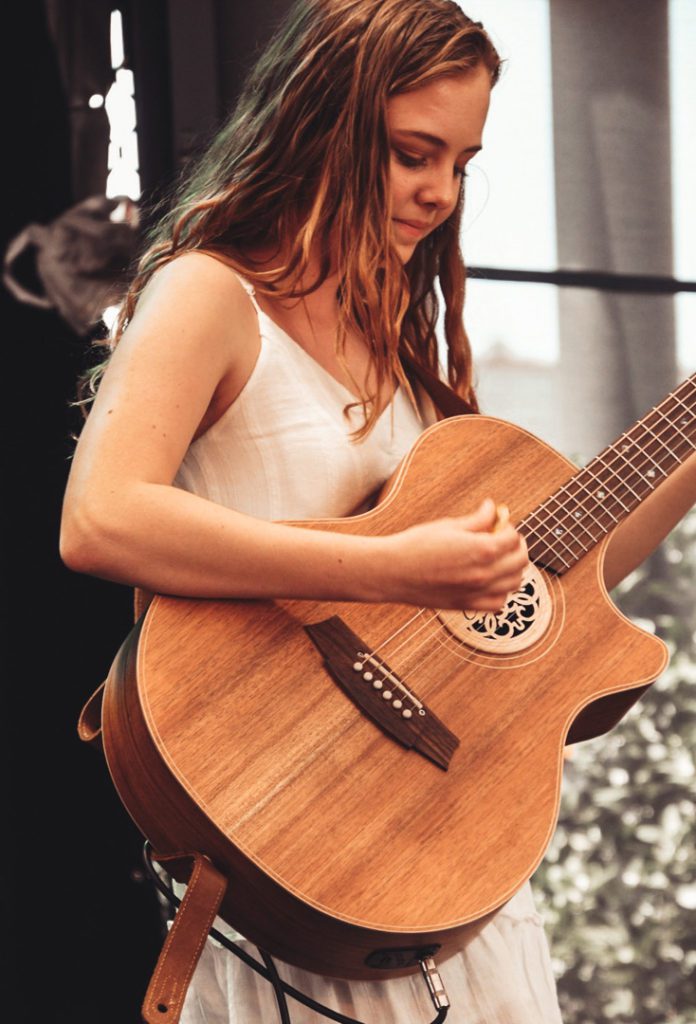 The talented 15-year-old performs at venues across the Gold Coast three to four times a week in between her commitments as a diligent Year 10 student at Somerset College, a school with a strong reputation for fostering students within the arts and entertainment industry including Margot Robbie.

Lily Grace started singing at the age of 10 before picking up her first guitar at 12 and was performing at open mic nights and busking at markets only eight months later.

“I saved up all the money I made busking to purchase an amplifier so I could start gigging in restaurants and cafes,” Lily Grace said.

“Two short months after purchasing my amplifier, I took to the streets of Tamworth and competed in the busking championships. This was when I really fell in love with country music. Being surrounded by the biggest artists in Australian Country was extremely inspiring and their generosity and nurturing support also fueled this.”

Lily was a People’s Choice Finalist at the 2019 Toyota Battle of the Buskers at Tamworth Country Music Festival and has since gone on to dominate the country and music scene taking out 1st place in both the ‘Country’ and ‘Musical’ categories at the 2018 Gold Coast Eisteddfod.

Despite being young, Lily has big ambitions which are in tune with becoming a famous country music singer and songwriter. 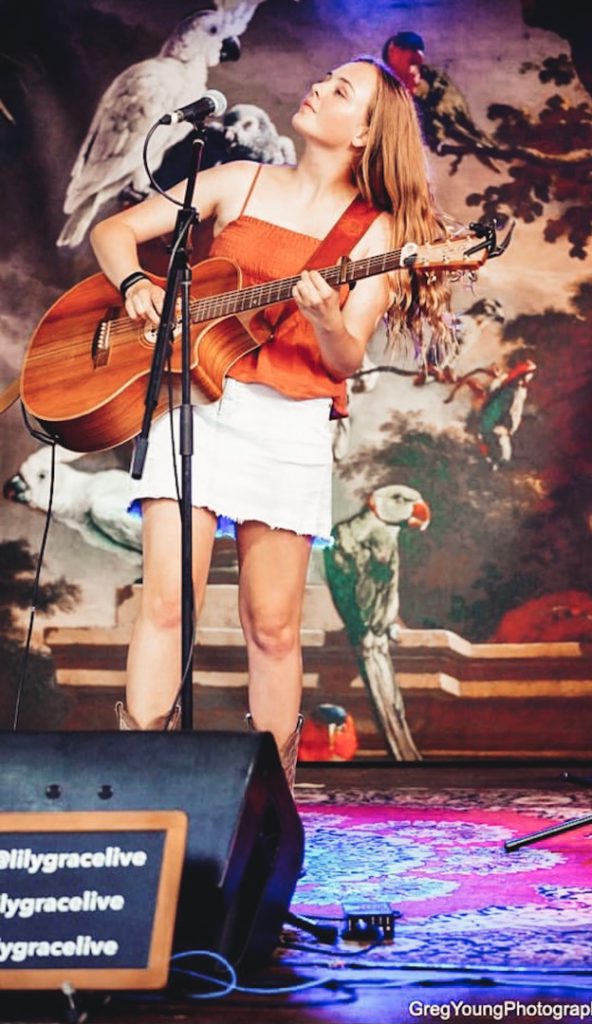 “There is this magical place in the USA called Nashville and I want to live there when I’m older,” she said.

“I’ve been saving up for a visit for a while now but I don’t think it will be happening until COVID-19 gets under control.”

“Music is fundamental to fostering social interaction, concentration and memory, self-discipline and creative thinking,” he said.

“Students at Somerset College can learn much more than just an instrument. They have the opportunity to be a part of various choirs, musical productions, and participate in the numerous instrumental ensembles.

“We are so proud of Lily and of her musical abilities and tremendous achievements to date. Lily is a firm favourite with our students for her lunchtime concerts.”

Other Somerset College outstanding alumni in the entertainment industry include: