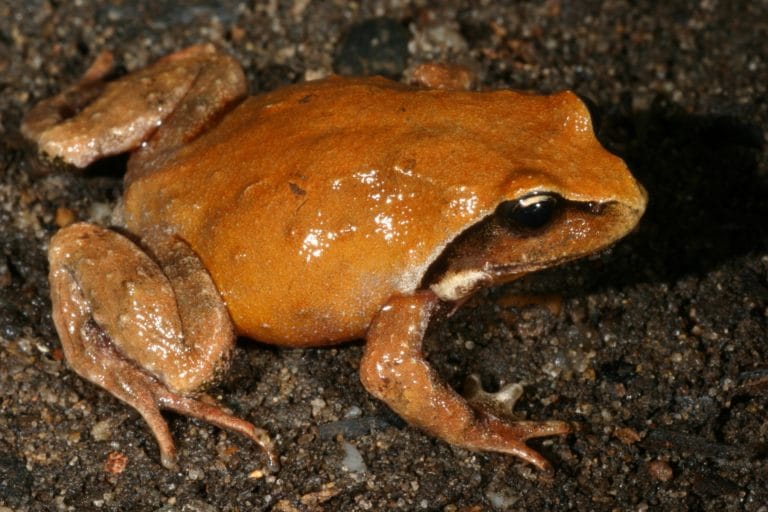 Researchers from Southern Cross University have helped uncover a new species of mountainfrog; Philoria knowlesi, in the rainforests of the NSW-QLD border, and are now working to protect its habitat.

Researchers from Southern Cross University have helped uncover a new species of mountainfrog; Philoria knowlesi, in the rainforests of the NSW-QLD border, and are now working to protect its habitat.

Since 2006, researchers have been gathering and analysing DNA from mountainfrog populations at Mount Barney National Park and Levers Plateau in Northern New South Wales, within the Gondwana Rainforests of Australia World Heritage Area, as they suspected a previously undiscovered species.

The research team includes Ecologists from the Department of Environment and Science (DES) and researchers from Southern Cross University, the University of Newcastle, CSIRO and the South Australian Museum.

“Over the past 16 years we have gathered DNA samples and determined these populations are actually genetically distinct, and warrant being regarded as a new species,” he said.

Philoria knowlesi varies in colour and pattern and is confined to upland rainforests along the NSW-QLD border. The frog breeds in spring and early summer, in small bogs, seepages and banks of headwater streams.

During mating season, the males create a small breeding chamber in wet areas and tadpoles develop entirely within this chamber. 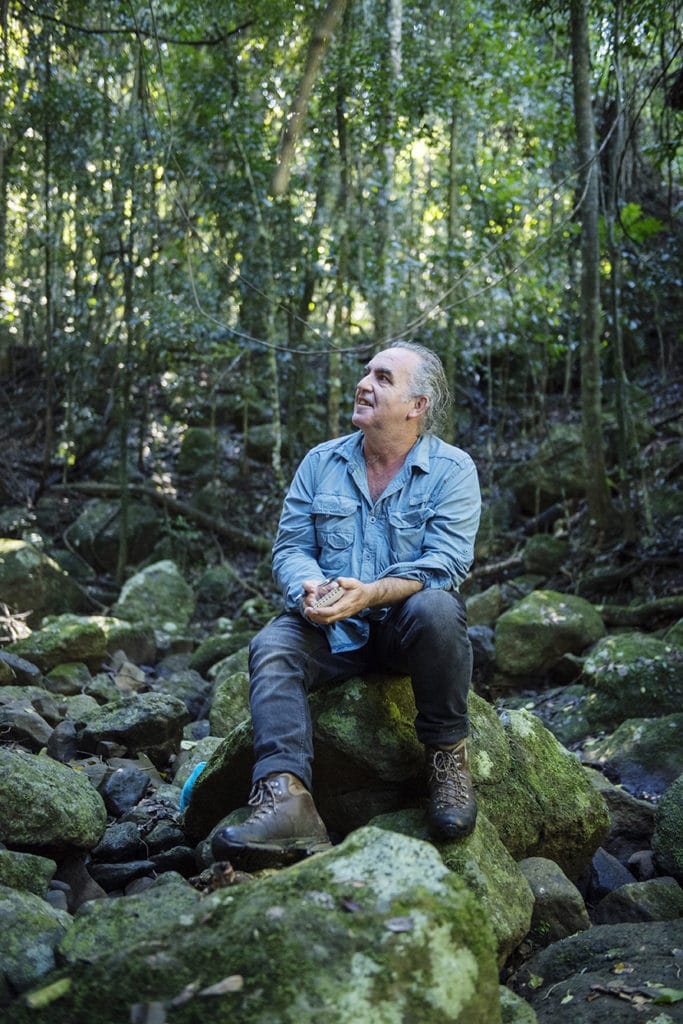 David investigates climate change impacts on rainforest frogs in subtropical eastern Australia. He is seen here at the Wilson Nature Reserve Lismore. He is a presenter at the Science Tent at the 2018 Splendour in the Grass festival.

Dr David Newell from Southern Cross University said the frog’s only known habitat, the Gondwana Rainforest of Australia World Heritage Area, had one of the most diverse ecosystems in Australia.

“The rainforests of Mt Barney National Park in Queensland and the adjacent Mt Nothofagus National Park in New South Wales have special significance in the evolution of Australia’s biota and this is why they are enshrined as part of the Gondwana Rainforest of Australia World Heritage Area,” Dr Newell said.

“This new species of frog belongs to a lineage only found in upland rainforest communities. There are currently seven known species of mountainfrog, six of which are found only in the Gondwana rainforest area. Most are confined to the very headwaters of mountain streams and a key threat to their survival is climate change. As these habitats warm, these frogs literally will have nowhere else to go,” Dr Newell said.

Following the Black Summer bushfires of 2019-2020, the Australian Government allocated $200 million to a Bushfire Wildlife and Habitat Recovery Package, prioritising the most fire-impacted threatened locations and species – such as mountainfrogs – to receive funding for recovery actions.

For the fire-impacted areas in southern Queensland, the Australian Government provided the Queensland Government with $3.85 million for recovery projects, including the Gondwana Rainforests of Australia World Heritage Area and Philoria knowlesi.

Mr Hines said under the Queensland Bushfire Recovery Program, led by DES, it was found that the mountainfrogs had survived the fires and were persisting at sites burnt during the bushfires.

“Not only that, but the increased survey effort resulted in the discovery of additional populations of the new species,” he said.

“Researchers were also able to gather the only systematic data on calling phenology, which will support the design of future surveying and acoustic monitoring of the species.”

Mr Hines said the frog was currently classified as endangered, and DES is now working to protect its habitat as part of ongoing national park management.

Lead researcher Professor Michael Mahony from Newcastle University said the new species was named in honour of prominent Australian environmentalist Ross Knowles, for his outstanding contributions to the scientific community regarding Australian frog species and conservation.

The new species was formally described in a scientific paper published on 25 February 2022, in the journal Zootaxa.