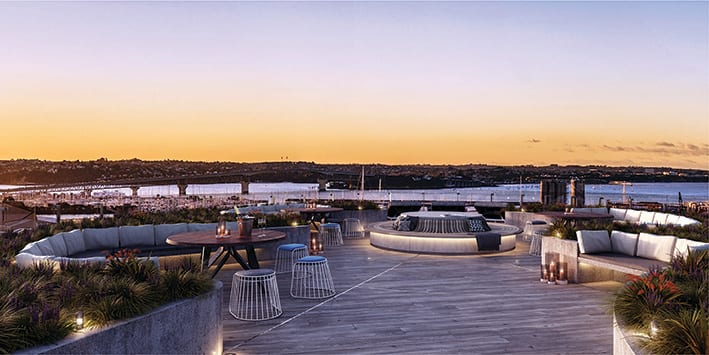 After more than a decade delivering world-class residential developments, Melbourne-based developer Little Projects is set to launch its innovative architecture with an emphasis on resort-inspired amenities to the Gold Coast early in 2018.

Known for its distinctive brand of attainable luxury and high quality interiors, Little Projects views Broadbeach, with its thriving community and infrastructure, as the ideal locale for its first Queensland project.

Emphasising the Gold Coast’s desirability, Little Projects General Manager of Sales and Marketing Fergus Humphries said the company was thrilled to be bringing its ethos for high quality design to the city.

Established in 2006 by founder and chairman of the Little Group, Paul Little, the company has achieved national and international recognition for its focus on enhancing the liveability of residential communities.

Little Projects has gained a reputation for delivering innovative luxury developments with world class resort-style amenities; its sold-out projects resonating with buyers for their enviable position and high end finishes.

With a business pedigree spanning more than 40 years Mr Little was the managing director of Toll Holdings between 1986 and 2011, overseeing the Toll Group’s rise to become Australasia’s pre-eminent provider of logistics services.

A passionate and active philanthropist, Mr Little established The Little Foundation, which focuses on the areas of education, theatre and rehabilitation as a means of improving and enriching communities. Mr Little’s dedication and services to the country were recognised with an appointment as an Officer of the Order of Australia (AO) in 2010.

Little Projects pursues a development philosophy focussed on a collaborative design process that engages the country’s best architects and interior designers. Its winning formula has resulted in the delivery of more than $1.5 billion of innovative residential developments and the completion of over 1,800 apartments and townhouses in the past 11 years.

Expanding into the Gold Coast will allow Little Projects to contribute to the city’s growth, while delivering stunning resort-style architecture and unsurpassed amenities, Mr Humphries said.

The position of the Little Projects site on Philip Avenue, Broadbeach met the company’s criteria for flourishing inner city hubs, and would be a fitting position for its foray into Queensland.

Broadbeach has established itself as an upmarket destination for families and holiday makers, attracting a growing appreciation from owner occupiers and investors for high quality lifestyle apartments with premium amenities, Mr Humphries said.

“Broadbeach is pivotal in the Gold Coast’s maturation, it is central to everything that residents and visitors adore about the city, while defining the relaxed and aspirational beachside lifestyle on offer,” he said.

“Its proximity to the beach, Oracle and the upscale dining, café and retail options make it a highly sought-after hub. A lifestyle here offers one of immense choice and diversity. The newly upgraded Pacific Fair, redevelopment of Jupiters Casino and the $2 billion light rail project ahead of the 2018 Commonwealth Games reaffirms the Gold Coast’s position as an internationally renowned city.”

“Broadbeach is at the heart of this world class destination and is leading the country in terms of investment, construction and infrastructure.” 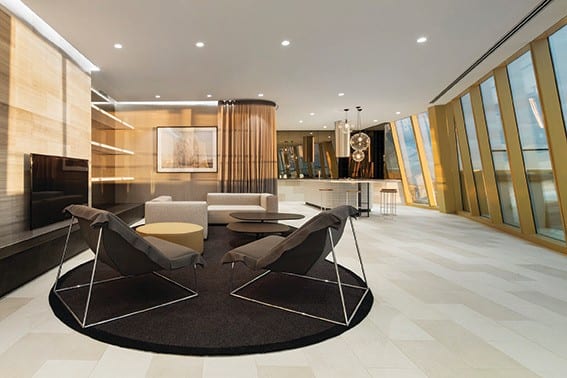 Appointing award-winning national design firm, Rothelowman and renowned multi-faceted company SJB for interiors and amenities, will result in a deliberately refined project that pays tribute to the surrounding natural beauty of the city’s famous beaches and hinterland.

Capturing the resort-style spirit, it’s a project designed for its pragmatism and functionality, guiding sight lines north-east to views of the sweeping ocean and west to the expansive green of the hinterland.

Little Projects’ previous collaborations with Rothelowman has resulted in several successful Melbourne projects, among them the redevelopment of the former Tip Top bakery site in Brunswick East, for which it was awarded multiple state, national and international awards including Best Residential Development for Australia at the Asia Pacific Awards 2016.

“The quality and quantity of resident amenity is part of Little Projects’ point of difference and has always been the showpiece to our lifestyle communities,” Mr Humphries said.

“From a purchaser’s point of view, there are substantial benefits that come from offering extensive levels of resident amenities. It not only complements the lifestyle on offer but also expands the residents’ experience beyond their apartments.” 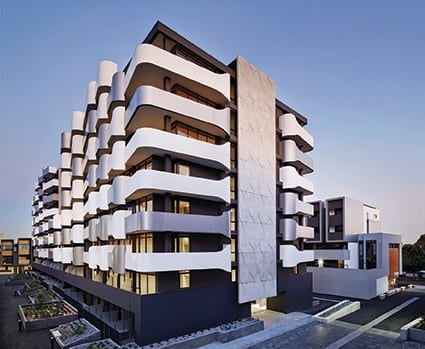 “It’s crucial to be resort-minded but it’s also critical that we use this opportunity and introduction to the Gold Coast as a platform to elevate that style of living.”

Following the sold out success at Dux Richmond Hill on Bridge Road in Richmond, Melbourne and Grace Victoria Quarter in Auckland, New Zealand, registrations of interest for Little Projects first Gold Coast development will open before an anticipated launch to the market in early 2018.