GREAT AUSTRALIA SPORTING STORIES 65 INSIDER TALES FROM ON AND OFF THE FIELD. 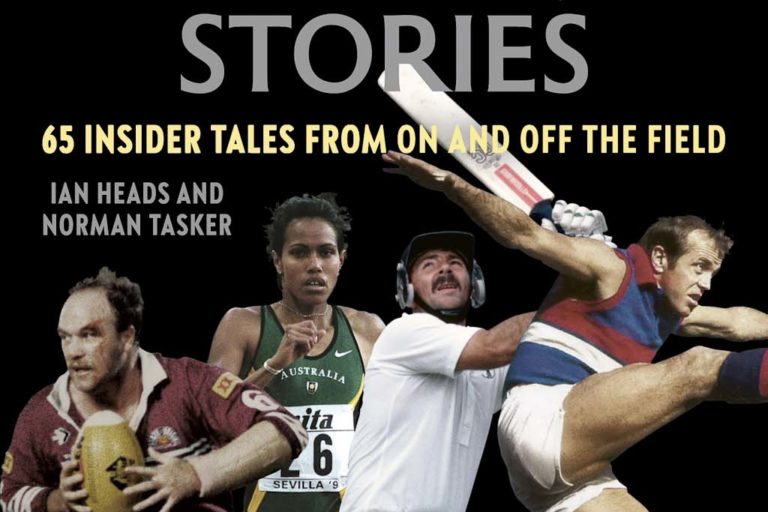 Written with wit, insight and a wealth of knowledge, Great Australian Sporting Stories is an enthralling expedition into the combative, collegiate, entertaining and always exciting world of Australian sport. 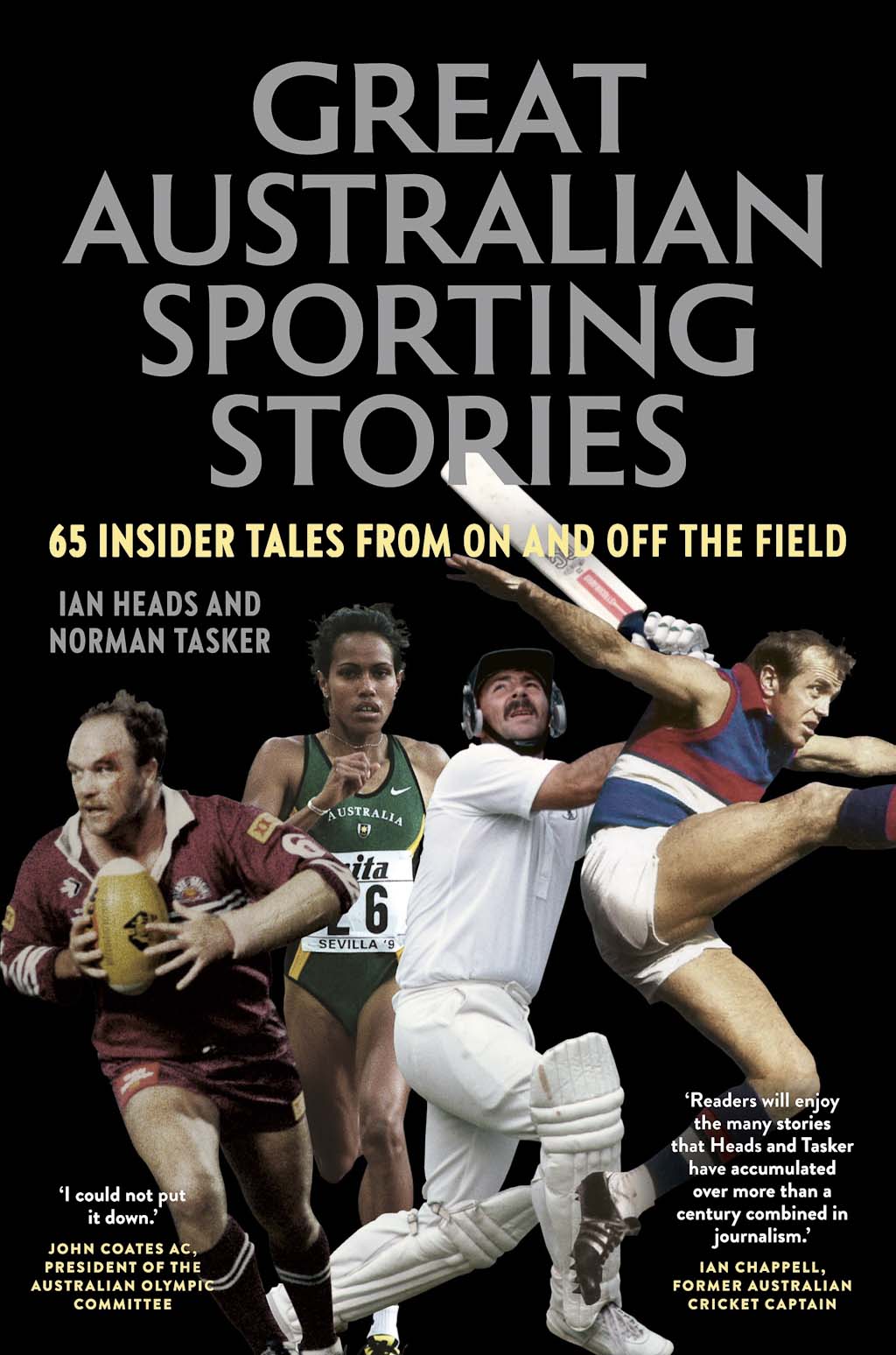 Veteran Australian sports journalists Ian Heads and Norman Tasker have seen it all.

In these 65 original stories, we hear of the explosive introduction of World Series Cricket in 1977, which turned a genteel endeavour into a high-octane contest, and the clash of the titans as Packer and Murdoch squared off over the Super League. We see rugby union become a battleground for race and the Olympics an arena for sublime acts of courage and achievement. We get an insider’s perspective on every kind of sporting endeavour – from  boxing to tennis, cricket to AFL, athletics to rugby league – and not just the action on the field, but the change room gossip and clubhouse politics as well.

Ian Heads is a highly respected journalist, historian, author and storyteller who has covered the passing parade of Australian sport for 50 years. Since 1988 he has been the author or co-author of more than 40 books. In a succession of major titles Ian has told or helped tell the stories of some of Australia’s greatest sporting figures, including Mark Taylor, Louise Sauvage, Ian Thorpe, Frank Hyde, Don Talbot, Mike Whitney, Noel Kelly, Arthur Beetson, Nova Peris, Des Renford, George Piggins, Ken Sutcliffe, Wayne Pearce, and renowned paramedic Paul Featherstone, aka ‘The Hero of Thredbo’. He has written a comprehensive history of Australian sport (since 1788), histories of the game of rugby league – and of several sporting clubs, large and small.

Norman Tasker is a 60-year veteran of the sports-writing craft. He covered his first rugby Test for the Sunday Telegraph at nineteen years of age, made many major tours as travelling correspondent with Australian cricket and rugby teams, and became sports editor of the former Sydney afternoon paper the Sun. Tasker moved into the magazine field as a long-term editor of Rugby League Week, launched the cricket magazine Inside Edge and its rugby counterpart Inside Rugby, and became publisher of Australian Consolidated Press’s sporting magazine division. He also wrote sports columns for The Bulletin over several years, and was that magazine’s sports editor. He has written 13 books, including four with the legendary cricket commentator Alan McGilvray.