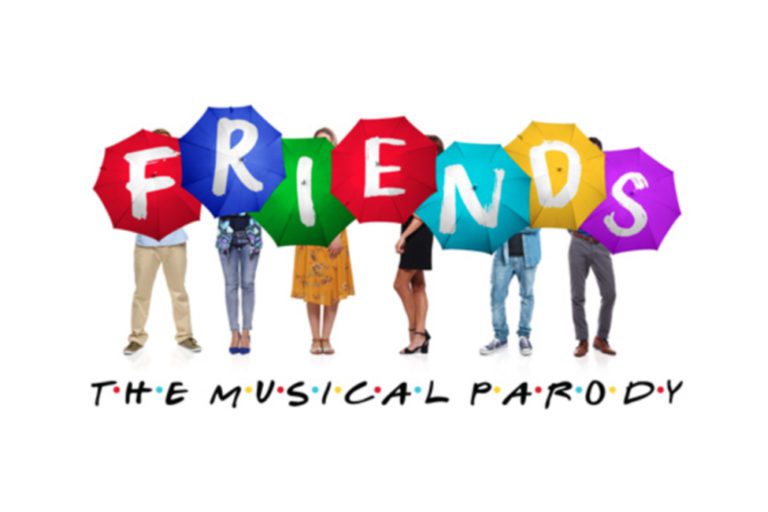 Get Ready for the musical hit show Friends The Musical Parody to kick off on Gold Coast 2021.

Producers of the hilarious New York and Las Vegas hit Friends! The Musical Parody today announced the stellar cast who will be playing these much-loved and iconic roles.

Belinda Jenkin (50 Shades! The Musical Parody, Top Gun the Musical) will play Phoebe, acclaimed musical theatre performer Stefanie Jones (Muriel’s Wedding, The Sound of Music) has won the role of Monica, and Sarah Krndija (As You Like It, Sunday In The Park With George) will be Rachel. Recent VCA Graduate Joseph Spanti(Spring Awakening, Netflix’ Dive Club) will play Joey, Tyran Stig makes his professional debut in the role of Ross, and award-winning actor Rowan Witt (The Book of Mormon, South Pacific) will play Chandler. Shakespearean actor Chris Huntly-Turner (A Midsummer Night’s Dream and Merchant of Venice at Pop-up Globe) will play Gunther.

“After auditioning hundreds of performers for these iconic roles we couldn’t be more thrilled with this incredibly talented cast who will be bringing our favourite friends to life on stage,” said producer Sam Klingner. “It’s almost a year since we started auditioning, so the cast, creatives and I simply cannot wait to get into the rehearsal room and take a trip back to the 90’s.”

The Australian Premiere of Friends! The Musical Parody will take place at The Star Gold Coast on 11 February 2021, with seasons in Melbourne, Brisbane, Sydney, Adelaide and Perth following.

Join your six favourite friends at their favourite café for a night of unstoppable laughs with a new musical that lovingly lampoons the beloved NBC sitcom. Friends! The Musical Parody celebrates the misadventures of our favourite group of 20-something pals as they navigate the pitfalls of work, life and love in 1990s Manhattan.

It’s a seemingly typical day in New York coffee shop, Central Perk, until an unexpected runaway bride enters the picture and kicks the whole gang out of second gear!

Follow Ross, Rachel, Chandler, Monica, Joey and Phoebe as they navigate life and friendship, all the while reliving favourite moments from the smash hit TV show. Friends! The Musical Parody plucks the best moments from the show’s decade long run and recreates the moments through an uncensored, fast-paced, music-filled romp.

Friends! The Musical Parody will be directed by Dash Kruck, with choreography by Cameron Mitchell, set and costume design by Frances Hannaway, lighting design by Jason Glenwright and musical direction by Steven Kreamer.

We hope this news makes your day, your month or even your year! Friends! The Musical Parody will not only keep you laughing but will tug at the heart strings drawing audiences into stories we know and love.

Note: This performance is recommended for mature audiences aged 12+

Caroline Russo has been in the entertainment industry for 30 years and keeps growing as to her passionate nature and her love of all things related to showbiz and the people in it. Caroline is noted as a Film and TV Pro, but Theatre Music and the Arts are in her blood, and she is very active in keeping up with all sorts of news.
More from the author

Art is Blossoming in the Granite Belt
September 6, 2021