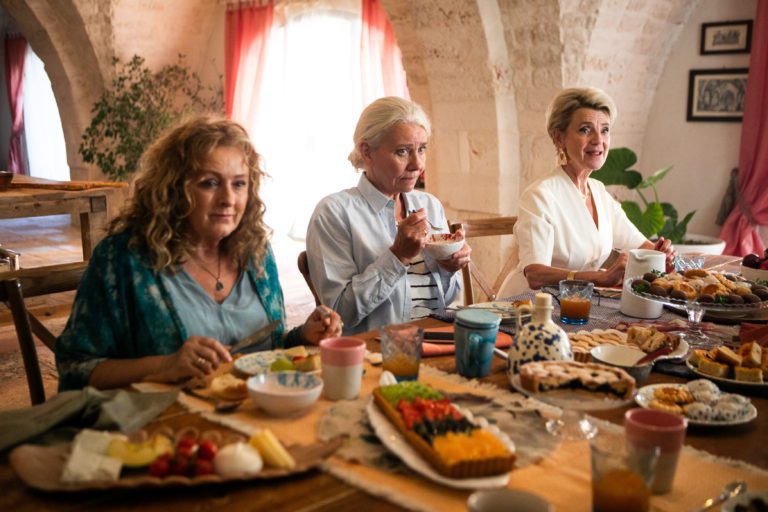 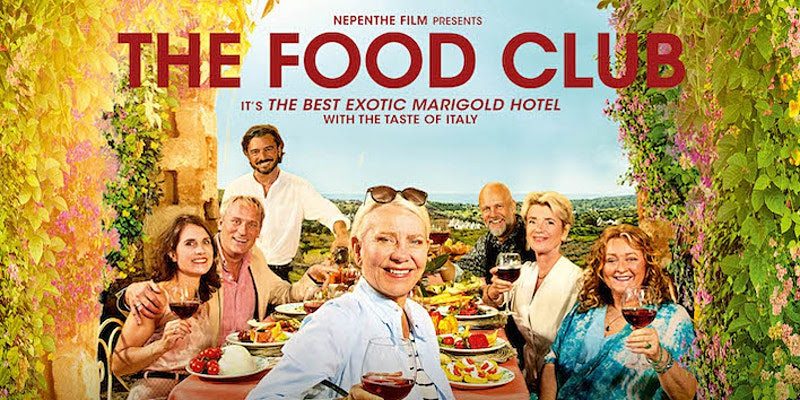 Three long-standing girlfriends travel to Italy together to attend a cooking course in Puglia, where each finds the opportunity to redefine herself, in this joyous ode to life, love and friendship.

THE FOOD CLUB begins on Christmas Eve when Marie finds out that her husband has another woman and wants a divorce. Desperate, she wonders what will become of her life. But above all, what will she do with this Italian cuisine tasting course for two just received as a present from her children? After summoning her girlfriends from her youth, the inconsolable widow Vanja and the liberated and independent Berling, the decision is made: to add a seat at the table and go together in the direction of beautiful Puglia, Italy! 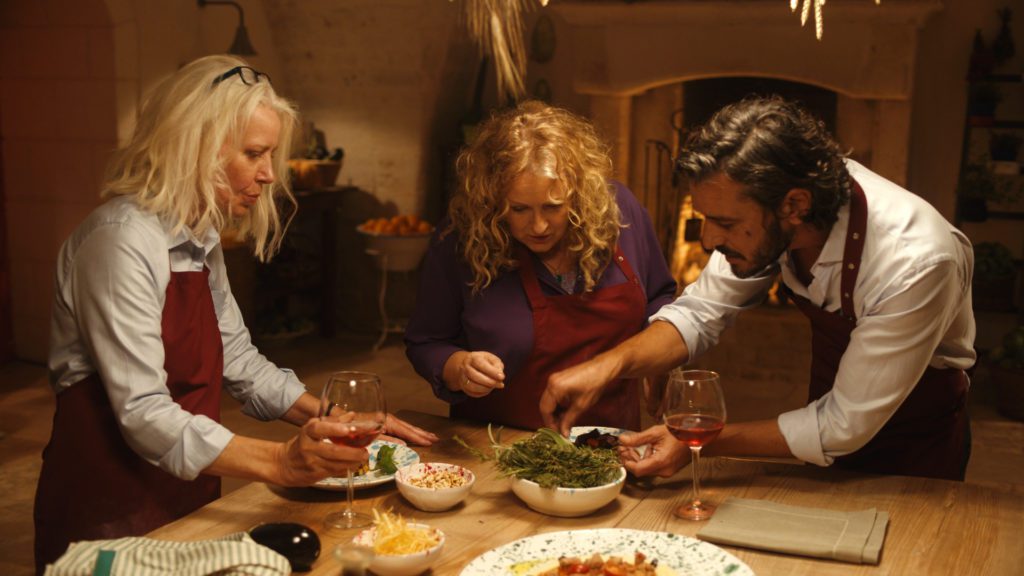 Barbare was as a child actor on the popular Danish tv show “Nana” (1988). Since then she starred in lots of other films, before she moved to Los Angeles at the age of 21, to become a film director. With over 25 films as a First Assistant Director, while directing short films and web series, and HBO ́s True Blood. Her direction is glued on the three women in view of friendship past present and will strike a chord with over 50s as to ageing factors and relationships of all kind.

I was a bit disappointed as wanting to see more highlights of locations and boost the flavours more so of the food,  with added romance, and more  Italian feasts that were inviting. It fell flat for me as did the characters in all parts, with a very predictable story and outcome.

Its target is for 45 plus women and it will appeal to attract mothers daughters and the odd man or two I say.