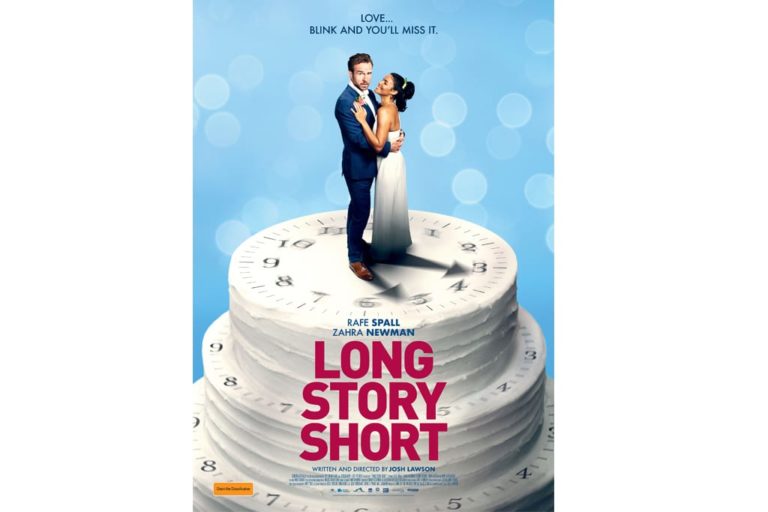 Serial procrastinator Teddy (RAFE SPALL) thinks he has all the time in the world, but after an odd encounter with a stranger (NONI HAZLEHURST), he wakes up the morning after his wedding to discover that he’s jumped forward a year in his life to his first anniversary. His wife Leanne (ZAHRA NEWMAN) is now heavily pregnant, with a full year of marriage behind them that he doesn’t remember living. Trapped in a cycle of time jumps, transported another year ahead every few minutes, Teddy is faced with a race against time as his life crumbles around him. With the help of his best friend Sam (RONNY CHIENG), Teddy tries to piece together where it all went wrong and, as his life flashes before his eyes, Teddy must learn how to live life in the precious moments to win back the woman he loves, even if it’s just for a second. 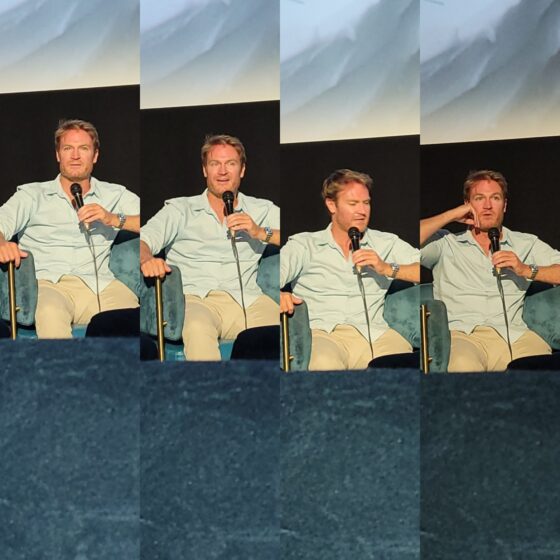 Writer/director JOSH LAWSON was having a bit of an existential crisis when the idea for LONG STORY SHORT started to creep into his mind. The story of Teddy, who finds himself jumping forward in time every wedding anniversary and not being able to remember anything that’s happened in the year between, was very relatable to Lawson, who was struggling with feelings of time slipping by.

Influenced by works of fiction such as Frank Capra’s It’s a Wonderful Life and Dickens’ A Christmas Carol, Lawson was drawn to the idea of being able to look at an entire life in snapshots and learning a lesson that way.

Lawson was also drawn to relationship dramas and the romantic comedy genre, “mainly because it’s such a human genre.” He continues, “There’s nothing quintessentially geographic about that. Every human can relate in some way. We all struggle to love and be loved, to be healthy and happy. And I feel like there’ll never be a limit to what you can explore within that genre.”

Lawson continues that “I find myself drawn to romance possibly for the same reason that poets since the dawn of time have been drawn to romance. It is a great mystery. It’s perhaps the most fulfilling thing of all and the hardest thing to get and to keep. I certainly learn from my own relationships. I fantasize about romance in my own life, and I put that on the page. Disney has a lot to answer for. We grew up thinking that princes and princesses and that kind of love was real, and I think it can be, but it certainly should be real in movies if nowhere else.”

With the writing process underway, Lawson found that, as with many of his first drafts, the writing came out pretty fast. “They’re a bit of a purge, and they’re a bit messy. LONG STORY SHORT was no different. It really felt like a stream of consciousness and I was trying to keep up with it as fast as my brain was moving. I had mapped out a few things, so I knew that I wasn’t going to run myself into a corner.”

“It was pretty manic, to be honest,” says Lawson of the writing process. “It probably lasted for two or three weeks to get that first draft out, and then the process of rewriting and shaping and finessing takes much longer. I enjoy that part quite a lot, actually, the rewriting process and being able to step away from it and come back to it with fresh eyes and feel like you’re reading it like someone who hasn’t written it.”

While the writing process was fairly quick, Lawson says “the genesis of the idea was percolating or germinating inside me for about four or five years prior to that.”

Josh Lawson sent the script to producer JAMIE HILTON, who then shared it with the team at See Pictures. Says producer MICHAEL PONTIN, “We all read it and fell instantly in love with it, and knew we had to make it. When it happens like that, it’s an easy decision to put all your energy into bringing it to life.”

Pontin loved Lawson’s unique voice as a writer. “He stands out, not just as an Australian writer, but as a really special talent in the world. Josh is a keen student of comedy, and especially character-driven comedy,” he Pontin. “LONG STORY SHORT had a really clever high-concept hook, compelling three-dimensional characters, laughs on every page, and I cried during the final few pages. It was an easy decision to help him realise the promise of the script, and as someone who loves to procrastinate, it’s a message I think the world needs to hear!”

This is a film that everyone needs to see!  It is funny well written and lead actor RAFE SPALL as Teddy is brilliant. He carries the film at every moment. Zahra Newman plays wife Leanne has a strong theatrical background but works the screen well and is a perfect fit for Teddy. It was mainly shot in Bronte Sydney over 18 days with a tight low budget. This is another great production of Australian made films and a great credit to Josh Lawson. 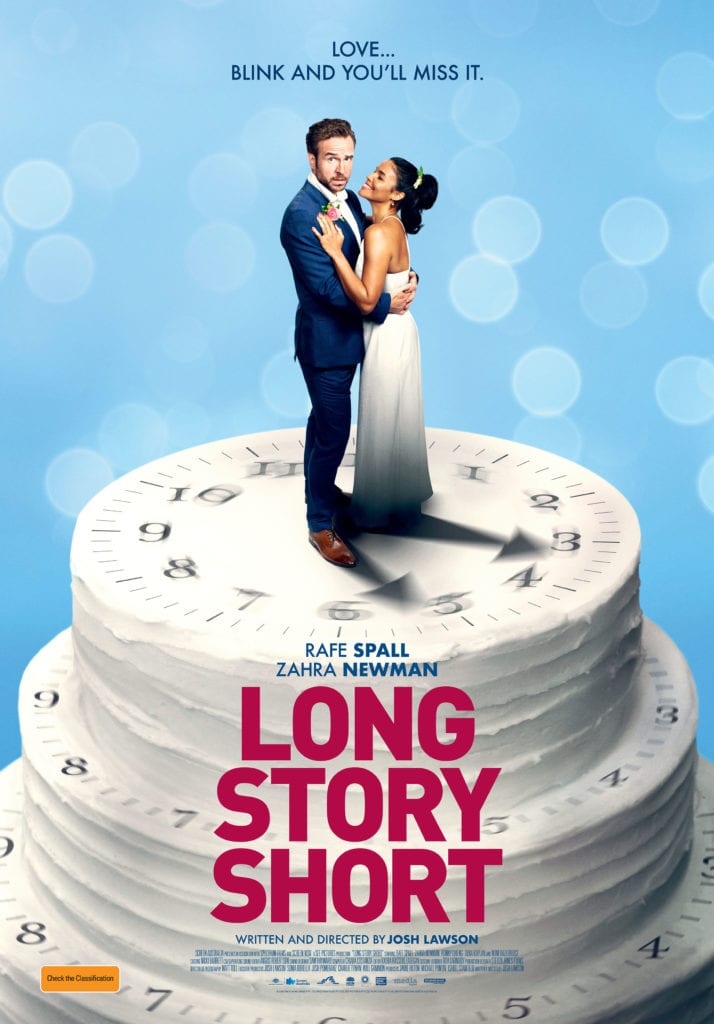