Dream Drives at Gold Coast BMW – ‘M is the most powerful letter in the world.’ 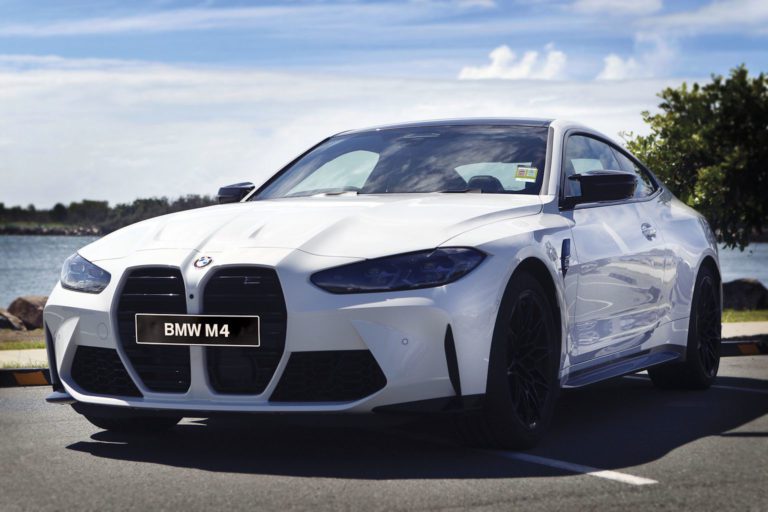 I’m in ‘awed control’ of a wild but beautiful beast. 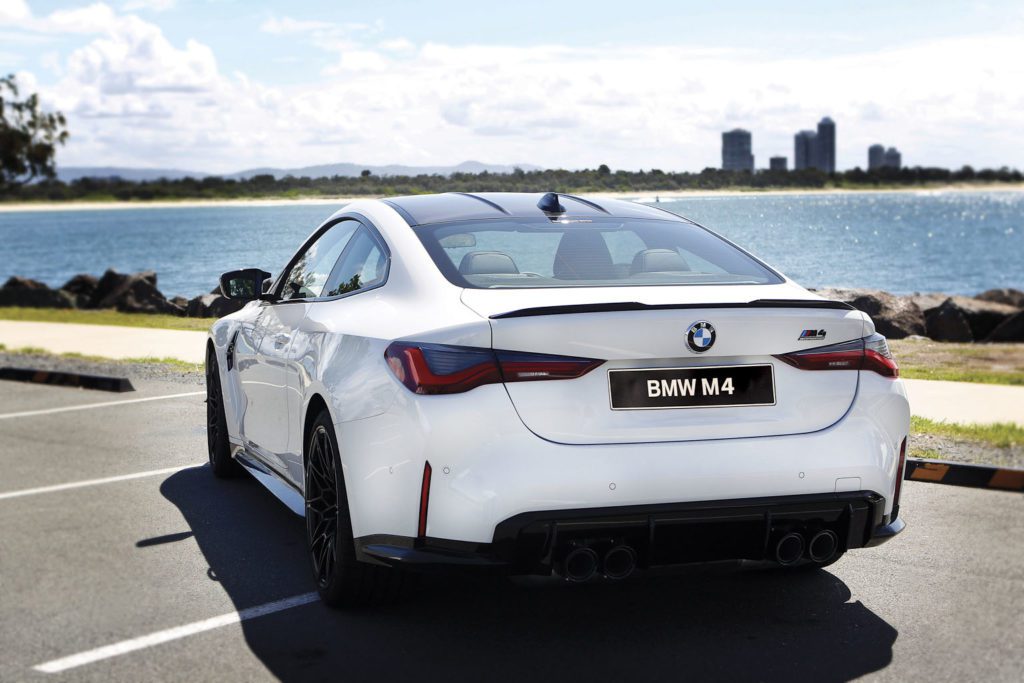 What begins as a guttural growl quickly becomes a menacing snarl, followed by a full-throated roar, as the beast is unleashed. And then it’s growling again, ready to respond to my next command.

We’re zipping up the M1, road-testing BMW’s new M4 Competition Coupe – a beast you not so much tame, as try your utmost to restrain.

It’s the latest model in the acclaimed German carmaker’s storied M (Motorsport) series that began way back in 1972 and has been the emblem of some of the world’s most luxurious high-performance passenger vehicles ever since. 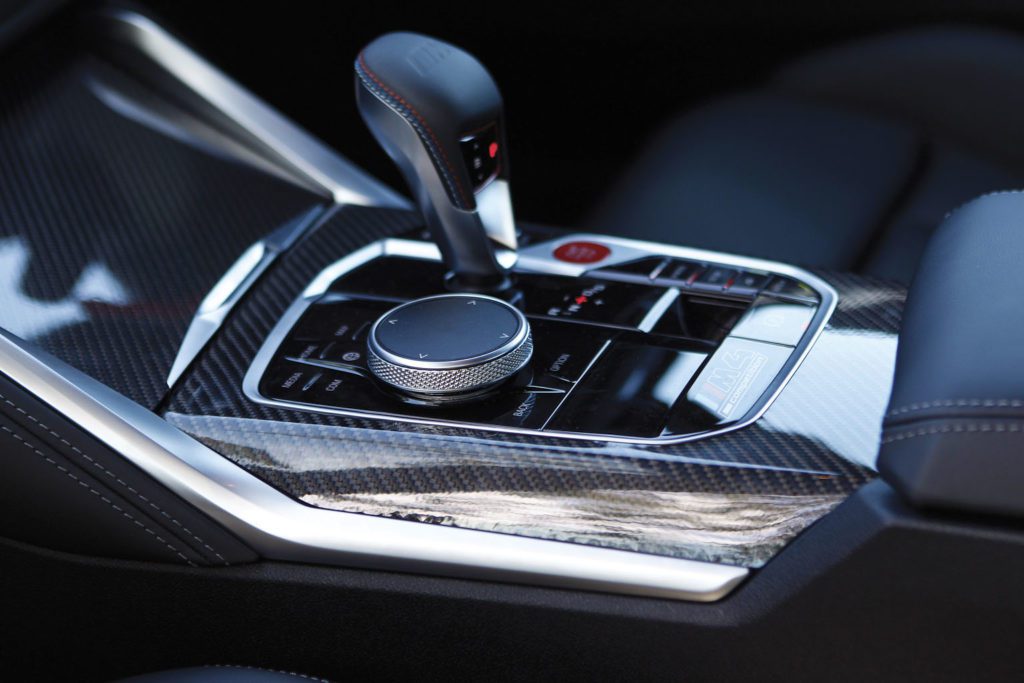 With the global launch on 13 March, Gold Coast BMW only recently took delivery of some of the first all-new M3 Sedans and M4 Coupes to arrive in Australia – and they’re already flying out the showroom door.

“We took our first order back in November and we’ve sold several only two weeks after they arrived,” says Shane Parkins, the Dealer Principal and rates the M4 and M3 as probably the most exciting he’s ever driven.

“The interest from BMW enthusiasts, and high-performance vehicle lovers in general, has been incredible.” 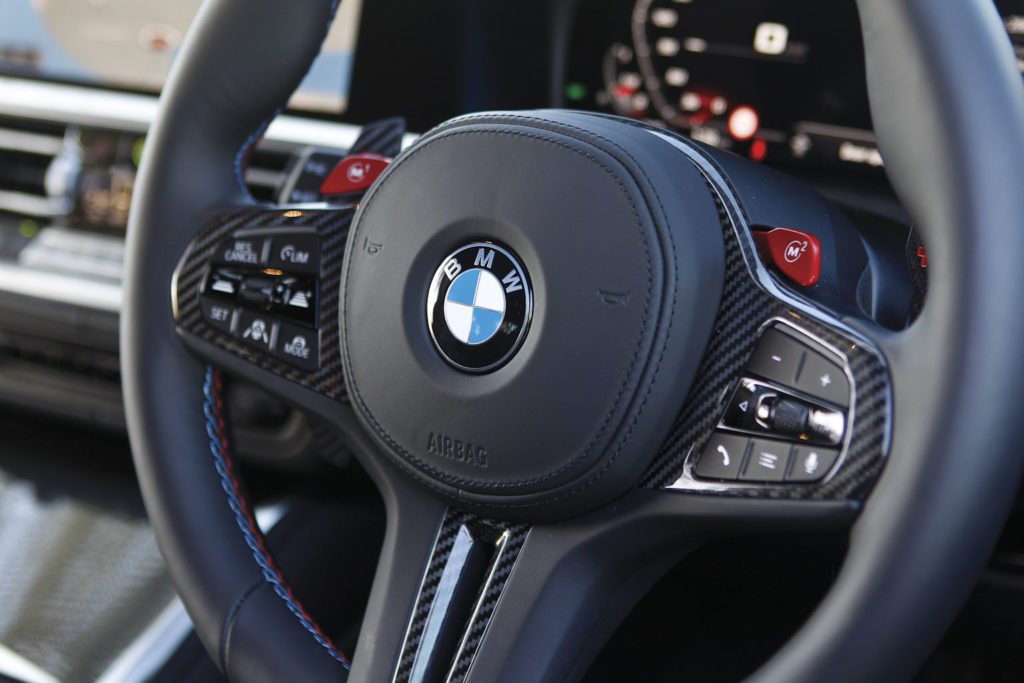 Parkins is accompanying Ocean Road on the test drive around the Coast, explaining – no, make that raving about – the mind-boggling array of features that make the M3 and M4 such special motor cars.

The first is obvious before we even open the door – the vehicle’s striking appearance. 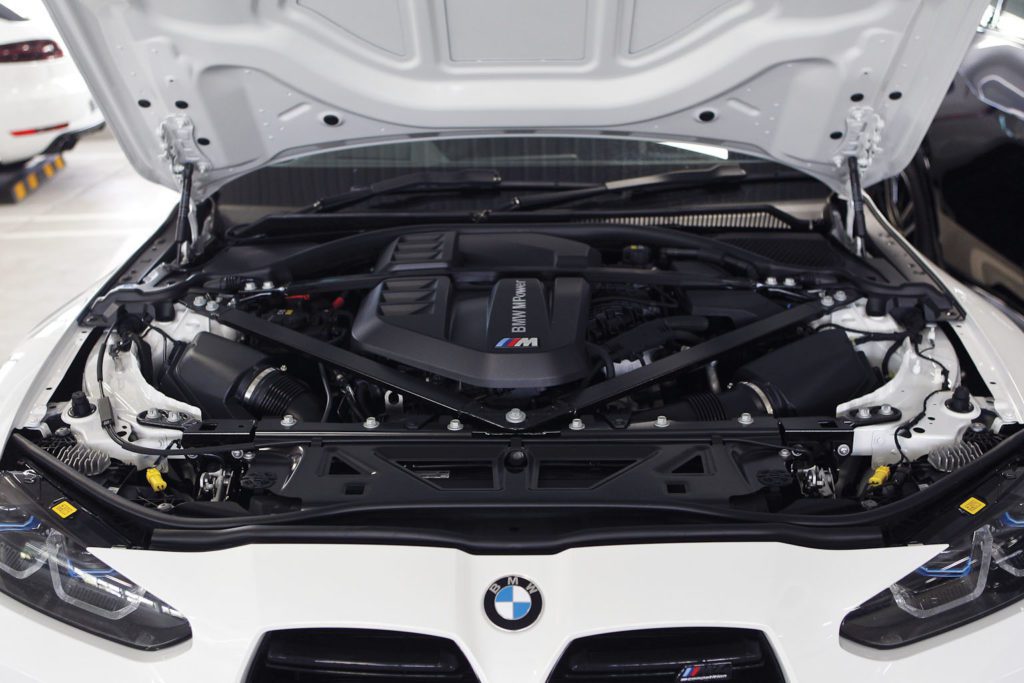 At the push of a button, the heated seat can be adjusted to hug you tighter for those more freewheeling spins around the back streets or along open roads, while the lumbar support is also electronically adjustable. Even the seatbelts are stylishly sporty, with their M-badged blue and red racing stripes.

Another push of a button and the M Twin Power Turbo 6-cylinder engine (0-100km in 3.9 seconds!) roars wickedly to life, sounding for all the world like a high-performance race car.

Before gliding out of Gold Coast BMW’s luxe showroom at Southport, Parkins points out a few more of the features of this stunning vehicle. 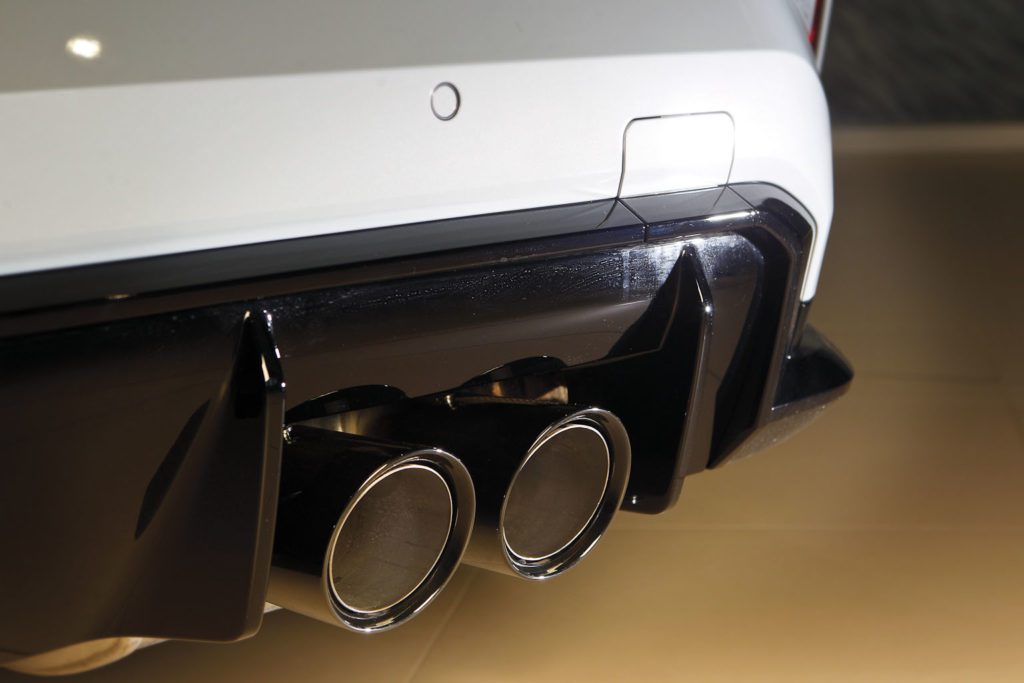 They include BMW’s Parking Assistant Plus and Reverse Assistant, with cameras built into the mirrors providing surround view, pano-rama view and 3D view on the 10.25” Control Display.

“lt’s like having a drone hovering above the car when you’re parking,” Parkins says. 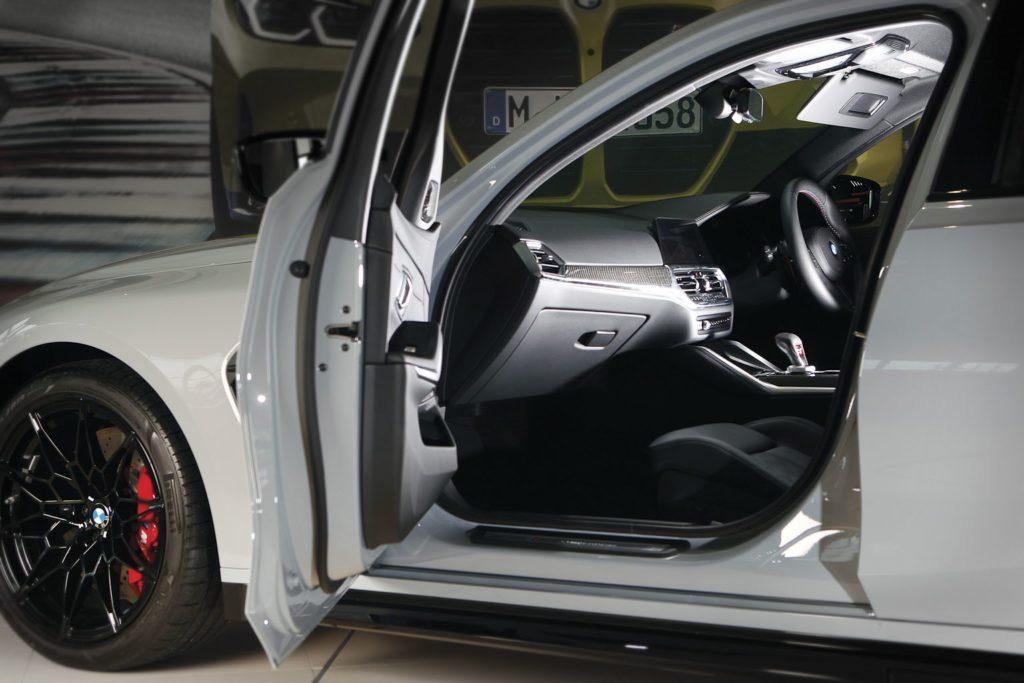 “BMW brought it out in 2007, one of the first manufacturers to do so. BMW has always been at the forefront of vehicle technology. A lot of the things we have in vehicles today were developed by BMW.”

Then there’s the ingenious Head-Up Display, a safety feature that projects drive information (including flashing speed warnings), as well as multimedia information, onto the windscreen.

Parkins also demonstrates how the eight-speed M Steptronic Sport transmission can switch easily between auto and manual modes, using the steering wheel-mounted red gearshift paddles to change up or down. 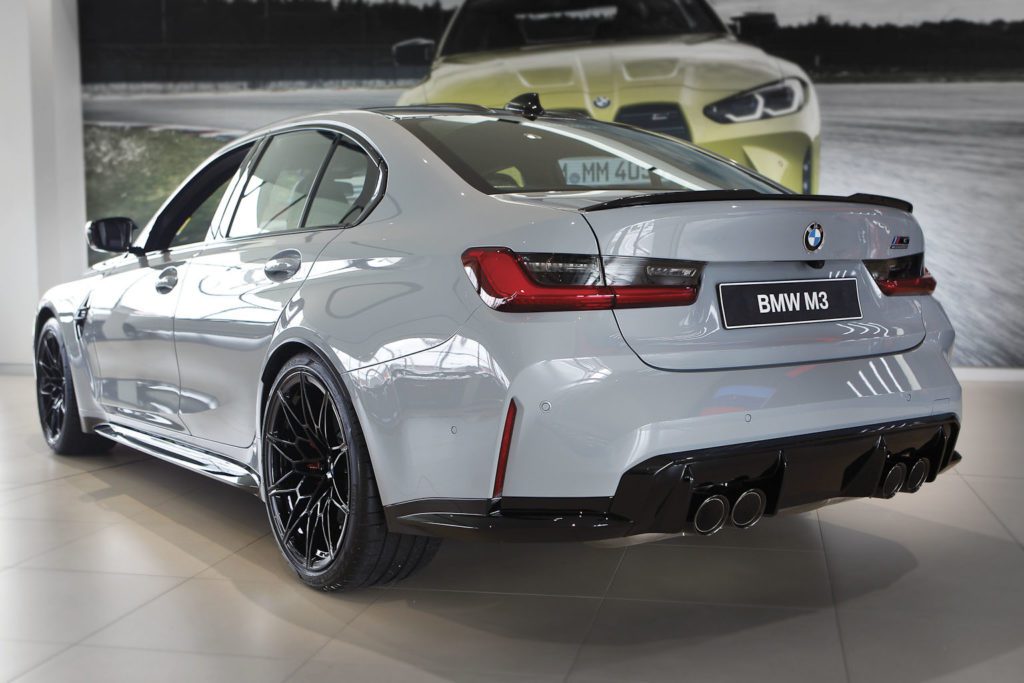 It’s perfect for when you want to give the car a bit of ‘what-for’ in Sport or Sport-Plus mode, with the M Traction Control also able to to be turned off to really get the adrenalin flowing!

I place my iPhone in the wireless charging compartment and we’re off – first up the M1 and out to Oxenford before heading down Smith Street towards the Broadwater.

On the exhilarating drive, Parkins explains that the M3 Sedan and M4 Coupe are pretty much identical in terms of performance and features (with the Competition models boasting some extras), but the M3 is aimed more at high-performance enthusiasts with families.

But the M4s are still plenty spacious. 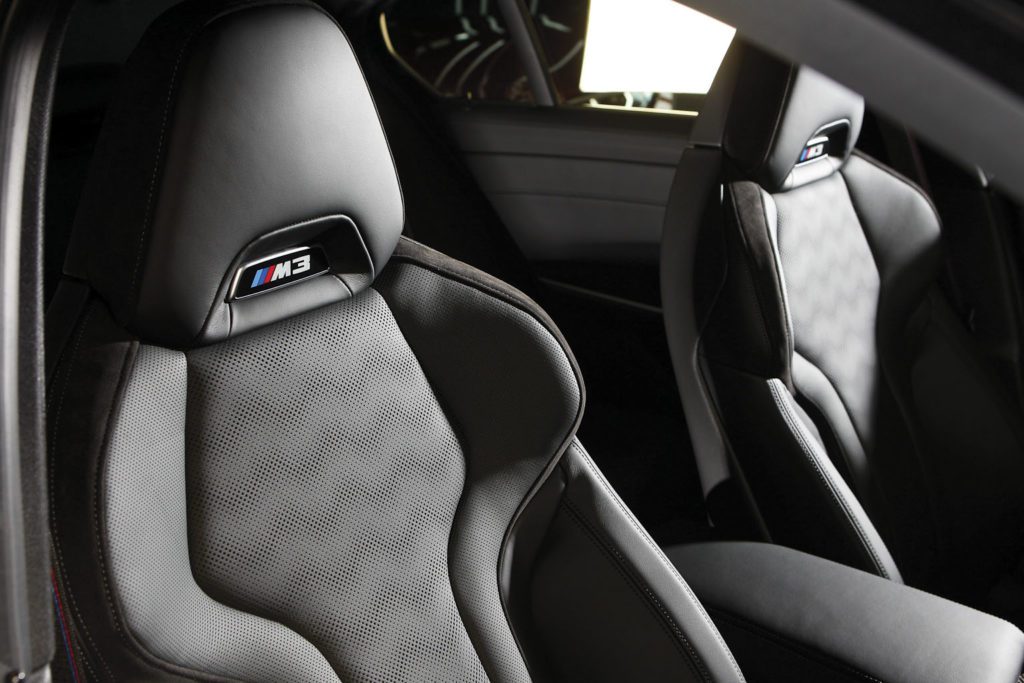 “You can carry four people and a boot full of luggage and the rear seats even split and fold so you can carry larger objects. It’s extremely practical,” Parkins says.

“The way they are designed to drive; you can still drive them quite comfortably around town which is very important.

“They’re a practical sports car – that’s what we say to people.”

The sight of a police van on Smith Street has me nervously checking my speed on the Head-Up Display but all’s good and we turn on to the Gold Coast Highway for a little spin to The Spit.

Heads turn as we whiz down Sea World Drive to the Seaway, as much for the sound of the M4 as the sight. 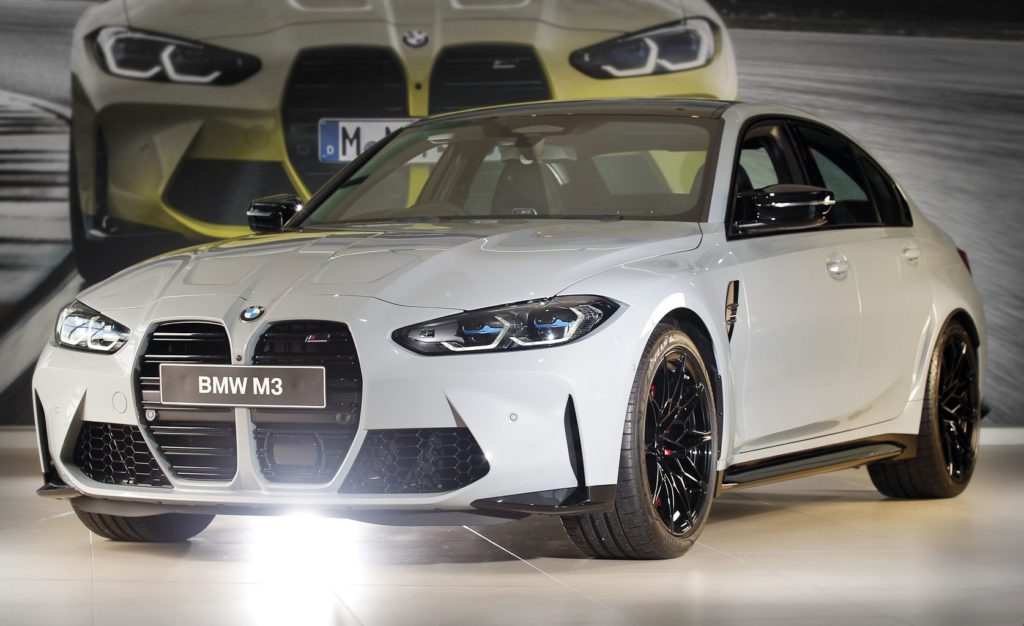 The shiny, black-and-white wonder gets plenty of admiring glances from passers-by as the photoshoot takes place, with the sparkling Broadwater as a suitably spectacular backdrop.

Then it’s sadly time to drive back to the showroom.

As BMW proclaims, ‘M is the most powerful letter in the world’.

Having experienced the rush of driving the M4, I’m not about to argue!