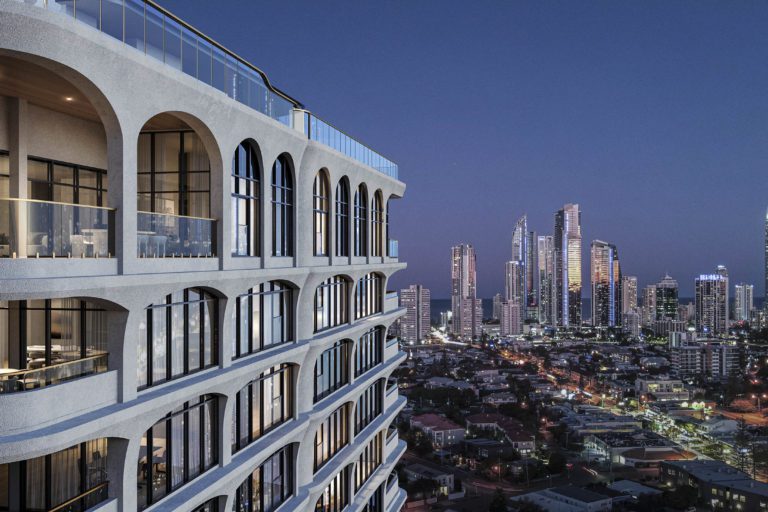 Brisbane based developer Ention Properties is set to embark on a New York-inspired apartment project in a leafy precinct at Chevron Island linked to the Home of the Arts cultural precinct.

The company today unveiled plans for a luxury boutique apartment collection inspired by New York’s famous Flatiron building and other New York-style architecture, set to transform a lush corner parcel at the junction of Aruma and Anembo Street.

The project, to be called ‘Greenwich’, is the subject of a modified DA which has been lodged with the council that the developer says will be targeted at owner occupiers who want to become a part of the inner Gold Coast enclave.

“We envisage a majority of owner occupiers buying with 75% of the building being three bedrooms creating a vertical community crowned by a roof top with multi zoned amenity, allowing owners to come together or have private break out spaces,” said Todd Matheson, Associate Director of KM Sales and Marketing.

The 3-bedroom range will be accompanied by a collection of 2-bedroom units and a single exclusive 4-bedroom unit. 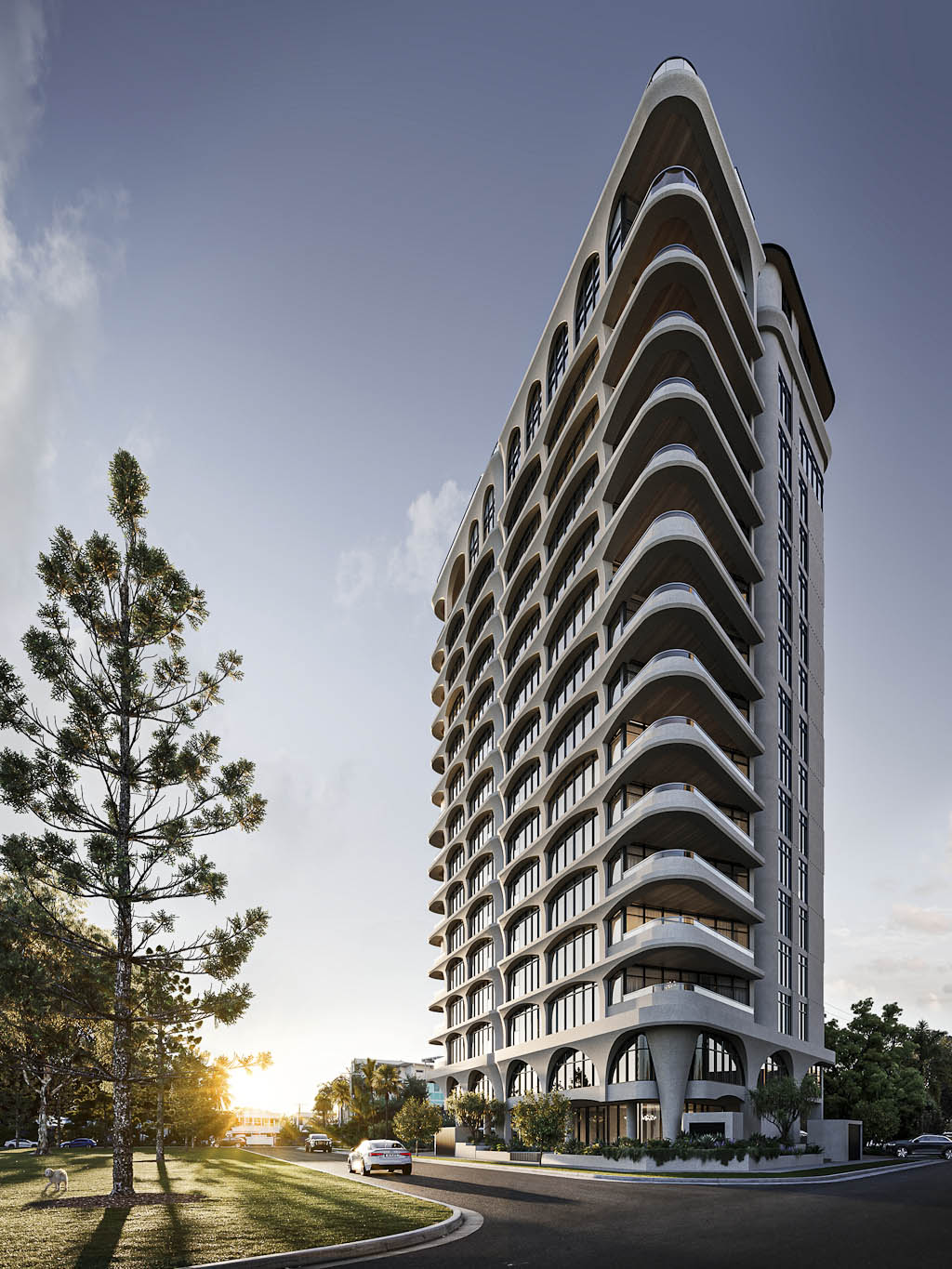 Ention Founding Director’s, Trent Thoroughgood & Dion Smith, said that Greenwich would open the doors to luxury for a diversity of buyers, from the downsizer all the way through to the first home buyer.

“We wanted to ensure that Greenwich surpassed the quality of its market counterparts to produce a collection of waterside residences rich in exceptionally high-level finishes, accessible to a broader range of buyers than one would expect for such a luxurious product,” said Mr Thoroughgood.

The project, designed by Ferro Chow Architects, has been reduced in size from 48 to 46 apartments but increased in height to 15 levels in a bid to amplify space and light, and is compliant with the town plan for the area.

Mr Thoroughgood said Greenwich would inject the island with a New York ambience emanating from design features reflective of the city’s distinctive architecture and art scene, while replicating a Central Park lushness from its vantage point over the Korman Family Park.

“As the project has evolved our discussion always came back to two things, a New York/Arts Vibe located across from a beautiful leafy green park and the sophisticated architectural facade elevating the Gold Coast to a mature city,” he said.

“The proximity of the project to Gold Coast’s Home of The Arts made it the perfect fit to capture a distinctly artsy character, set mere moments from the city’s art capital,”

“HOTA’s arrival reinvigorated Chevron Island with a new lease on life and we are excited to be extending this into the creation of a magnificent residential landmark that is in touch with the island’s iconic character.”

The 30 Anembo Street site sits at the gateway between Chevron Island’s boutique village and Surfers Paradise’ thriving entertainment precinct, providing a unique entry point to several of the coasts most desirable lifestyle precincts.

“The location allows residents to be close to all the lifestyle amenity you could ever need or want yet gives the sense of quiet, space and security,” said Mr Smith.

Atop the tower will sit a tranquil yoga lawn and luxurious rooftop pool offering breathtaking views over the city skyline and winding riverway.

“Inspired by context, with its materiality of a neutral palette, Greenwich acts as a canvas to its bordering scenery,” said Jared Chow, lead architect of Ferro Chow Architects.

“Embracing the vibrancy of the local community and lifestyle, the architecture softly frames the neighbouring landscapes capturing the beach essence.”

Its proximity to natural features and public spaces opens up abundant opportunities to call attention to its spectacular surrounding views encircled by the Nerang River.

Ention Properties is an accomplished property development company founded by Dion Smith and Trent Thoroughgood in 2013. Since then, the company has nudged its workbook value over the $100 million mark to become instrumental in the creation of premium residences of unparalleled design and quality across South-East Queensland.