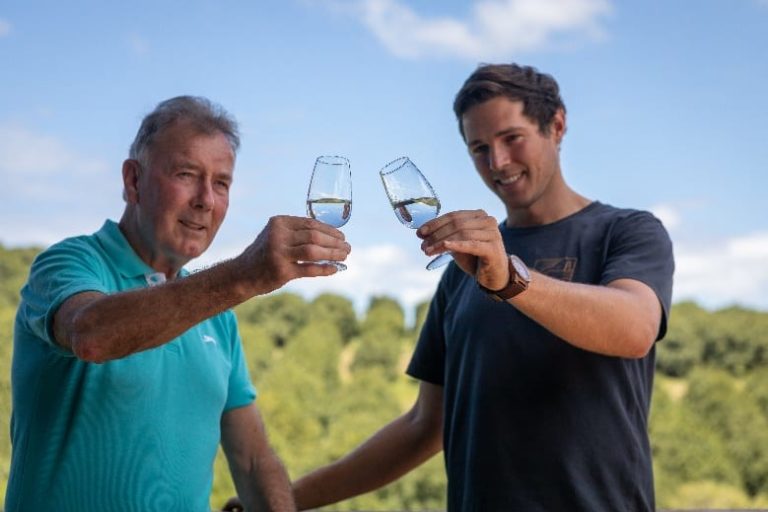 Cape Byron Distillery, creators of Brookie’s Gin and soon to be released single malt whisky will launch the film THE WATER OF LIFE – A WHISKY FILM with a live screening at the distillery and a virtual online viewing available to audiences globally. Attendees will enjoy an exclusive sampling of Cape Byron’s new single malt whisky, followed by a live Q&A with master distiller Jim McEwan, next generation distiller Eddie Brook and film director Greg Swartz.

The Water of Life is a feature documentary that focuses on the craftsmen, chemists, and renegades at the heart of the whisky revolution that turned the stagnant scotch whisky industry of the 1980s into the titan it is today. The Film follows Jim McEwan, the world’s most awarded Scotch whisky distiller, during his time in Australia at Cape Byron Distillery, where he played a pivotal role in the birth of their new spirit – the soon to be released single malt whisky. Cape Byron is also the only Australian distillery to feature on the film.

Starting behind the locked gates of an abandoned distillery, Jim McEwan and Mark Reynier — “the most unlikely partnership in the history of whisky” — share their personal experiences of the risk-taking and wild experimentation they used to turn Bruichladdich into a creative and financial powerhouse.

The film also takes you on the journeys of visionaries like Gordon & MacPhail, Billy Walker, Rachel Barrie and David Stewart, whose mixture of talent, chemistry, hard work, grit, and a little sprinkle of magic paved the way for the next generation of innovators like Adam Hannett, Kelsey McKechnie, Liam Hughes, Iain Croucher, and Eddie Brook.

The Water of Life is a uniquely personal perspective on the evolution of whisky by those who lived it – the story of those who played a key part in rediscovering the crafting of the ancient spirit.

The Australian Premiere held at Cape Byron Distillery will be showing on the 1st of April 2021 and will offer whisky fans a unique film screening and tasing experience.

The simultaneous virtual online viewing will also include the movie screening and an exclusive tasting kit of the Cape Byron Distillery single malt sample. Fans can also choose to access the viewing without the whisky tasting kit.

The tasting kit will include 25ml samples of:

“Our biggest challenge, as with any food or drink film, is you can’t taste the screen. When putting this event together it was important that we found a way to bring not just the story to the screen, but to engage the audience in a way whisky does,” said Director Greg Swartz.

“When you take that first sip your senses are bombarded not only with the smell and taste, but it taps into your memories, feelings, and emotions if you let it,” Swartz continued. “Our special hybrid event will bring all the senses together through watching the movie, pairing that with the tasting kits, and offering the opportunity to join the stars to hear them talk more about their passions.”

Co-Founder and Distiller of Cape Byron Distillery, Eddie Brook, says, “We’re so excited to share this film with Australian whisky fans and to showcase our new single malt that is soon to be released this year. The film captures that moment when Jim was at the distillery when we first started this whisky journey and now, we get to share the spirit with the whisky community.”

For tickets, tasting kits and other offers please visit www.capebyrondistillery.com or https://www.eventbrite.com.au/e/water-of-life-whisky-film-screening-and-live-qa-tickets-144101955829.

To view the trailer, visit https://youtu.be/7SQCjuO6rwo and more from the website https://wateroflifefilm.com/.