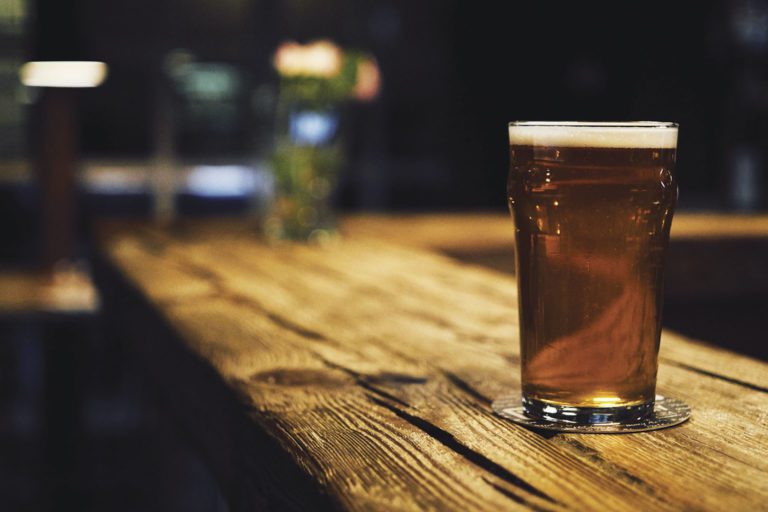 For most people, the sight of a barrel brings wine straight to mind – the romantic, noble beverages that centuries ago were enjoyed by kings and queens while the peasants and servants drank beer.

From the beginning of time, the barrel was a vessel to transport and store just about any liquid including wine, beer, rum and olive oil.

Most beer enthusiasts have heard the tale of the IPA traveling the seas for months on ships.  At this time, brewers tried their best to avoid any kind of wooden flavours that would change the flavour of IPA. Barrels can also carry all kinds of bacteria that will change the flavour of whatever is encased in the wooden storage unit to sour, funky and barn-yardy. In the wine world, bacteria, particularly Bret (Brettanomyces), can taint a wine and if not caught early enough, ruin a whole shed of wine barrels.

In the beer world however, Bret and other bacteria are welcomed with open arms.  After World War II, the barrel was replaced by the metal keg, but in today’s craft scene, barrel-aged beers are making a comeback to the luxurious end of the beer world.

Farmhouse Ales have been brewed since the beginning of beer and agriculture and the start of them was literally that – a farmhouse ale, brewed for seasonal farmers using farmers’ grain to create an honest ale.  Saison, French for season, originated in farmhouse breweries, while ‘En Saison’ means ‘brewed in season’. Usually, these brews were made after the harvest in autumn, when the summer heat subsided so the beer wouldn’t go off in the process. These beers were enjoyed by the workers and throughout the year.  A lot of these beers were wild, spontaneous ferments and whatever yeasts and bacteria were around the farm would bring on the ferment. This creates sourness, fruity and earthy aromas, some say barnyard on the nose. Herbs, spices, minimal hops and fruit were sometimes added as there was no law or recipe that everyone followed.

Sometimes these beers were stored in barrels to age and keep fermenting away which also absorbed some flavours of the barrel itself.  Fast forward to today and the breweries are bringing in barrel programs alongside modern stainless technology and tanks.  The sort of barrel a brewer uses depends on what the brewer is looking for. Traditionally, oak barrels are the go-to, but what was in the barrel prior to the beer will affect the flavour profile. Bourbon barrels are common in craft breweries across the US. Wine barrels are also used, offering a more sophisticated balance. Oxygen will also play a part in the funkiness of these styles.  Brewers are taught from their first days in the industry that oxygen is the enemy and must be avoided. But, if properly controlled, it can impart pleasant flavours.

I challenge any wine drinker (and all drinkers) to the barrel-aged beers. With the surge of natural wines during the past few years, barrel-aged beers can hold up to their palettes.  There is texture, complexity, usually a higher alcohol content and when done right, a balanced acidity.  Keep your eye out for a few local brews and breweries making some cracking barrel-aged beers. Pour it into a wine glass and some may even mistake it for a wine.

A couple of beers around the Northern Rivers to try are: Forest for the Trees, another brand of Stone & Wood that creates Saisons and barrel-aged Saisons. You can purchase these online. On the Gold Coast, Awol, another brand of Black Hops featuring barrel-aged beers, is due to open soon ‘when the beers are ready, they say’.