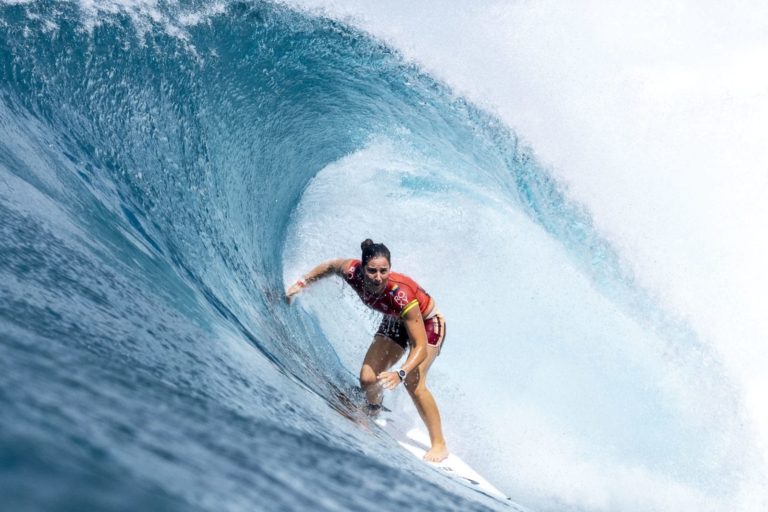 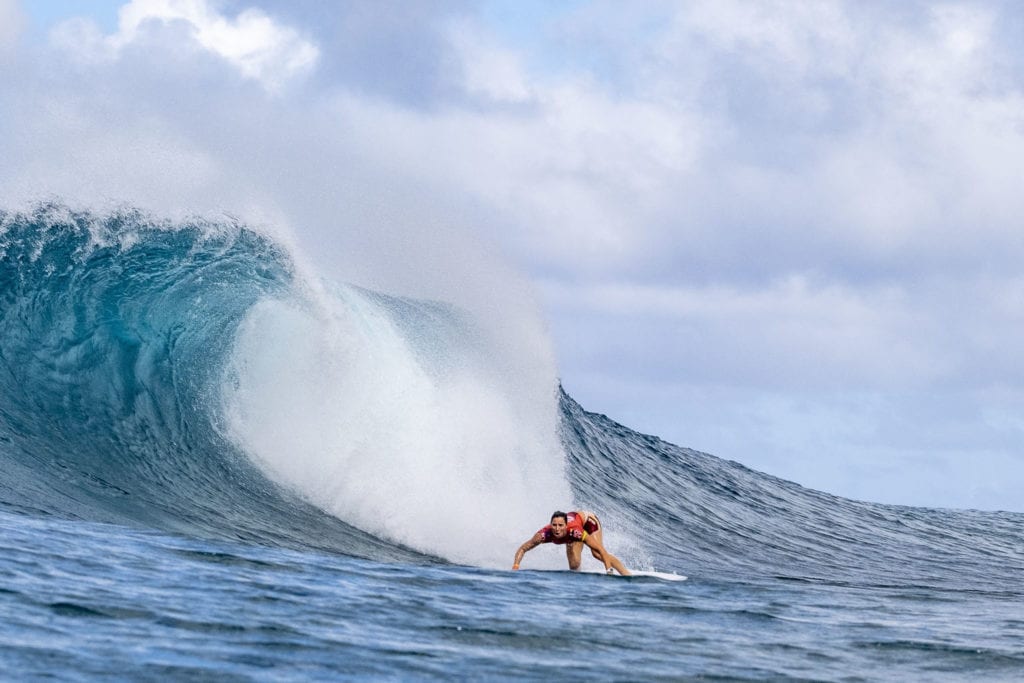 “I feel incredibly lucky to be here,” said Wright. “I think we wouldn’t be here without the women that came before us to pave the way, and today we are really standing on the shoulders of giants, I feel incredibly privileged to be here in the position that I am in.” 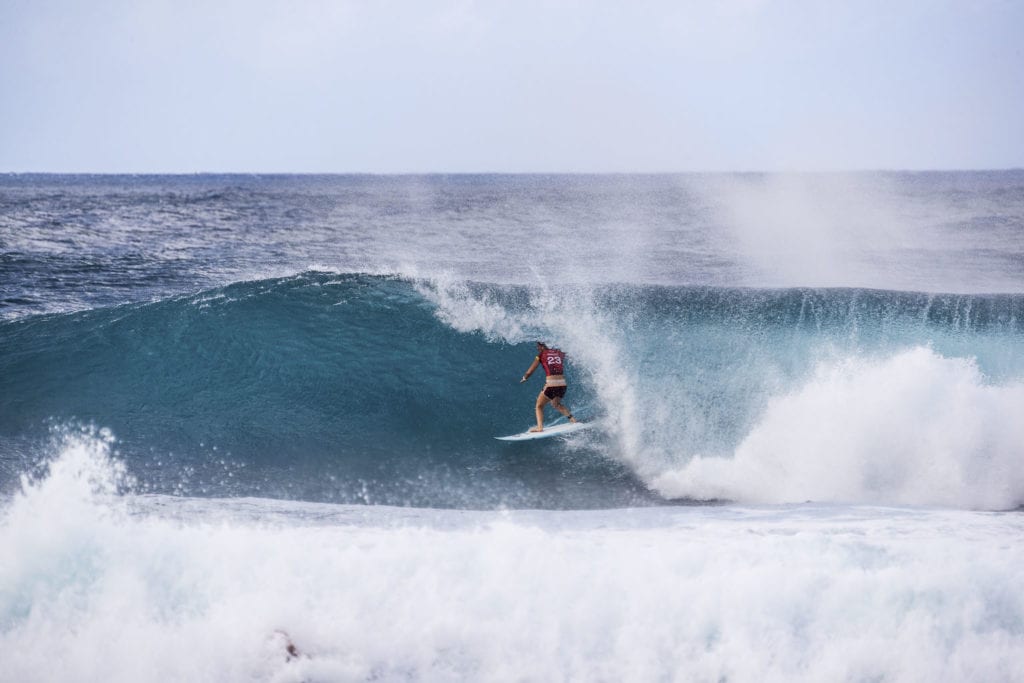 Wright secured her 14th CT win today after defeating Moore in the Finals and Fitzgibbons in the Semifinals. The 26-year old showcased committed surfing in the Final, defeating Moore by only 1.11 points. At the beginning of the competition, Wright paddled out for her opening heat wearing an updated jersey showcasing the Progress Pride flag and wore it proudly through her final heat win today. Wright will continue to wear the updated jersey throughout the 2021 CT season.

“As a proud bisexual woman of the LGBTQ+ community, as well as an Australian, I’m delighted to be able to represent both this year on my competition jersey,” said Wright. “The Progress Pride flag represents a love that opened my eyes more to who I really am.” 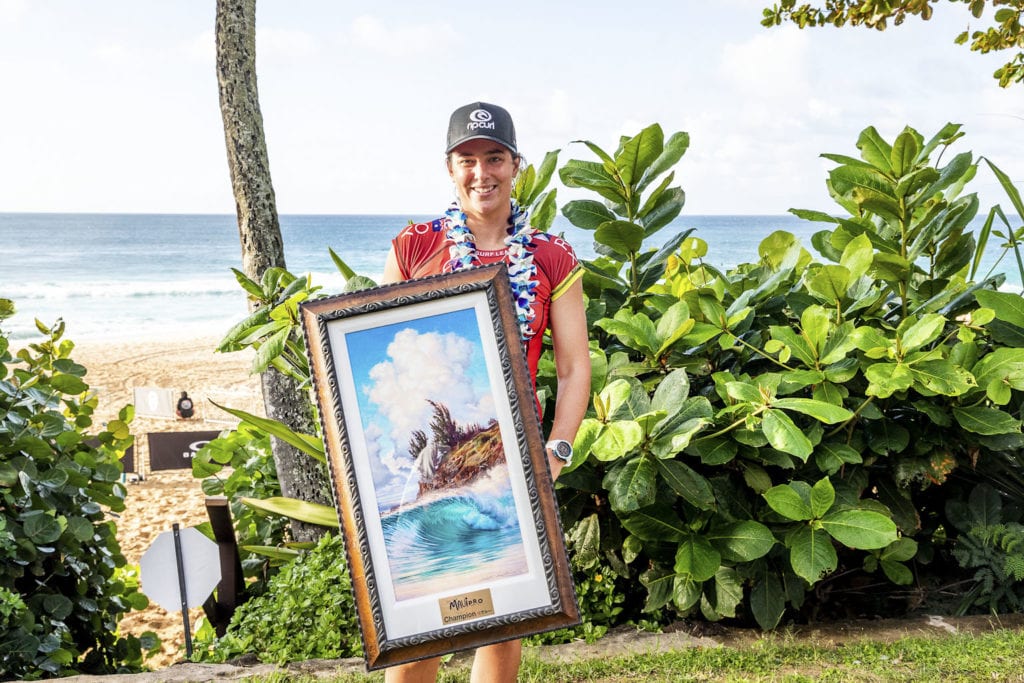 PIPELINE, HI – DECEMBER 20: Two-time WSL Champion Tyler Wright of Australia is the winner of the Maui Pro presented by ROXY at Pipeline after taking victory in the final on December 20, 2020 in Oahu, Hawaii. (Photo by Tony Heff/World Surf League via Getty Images) 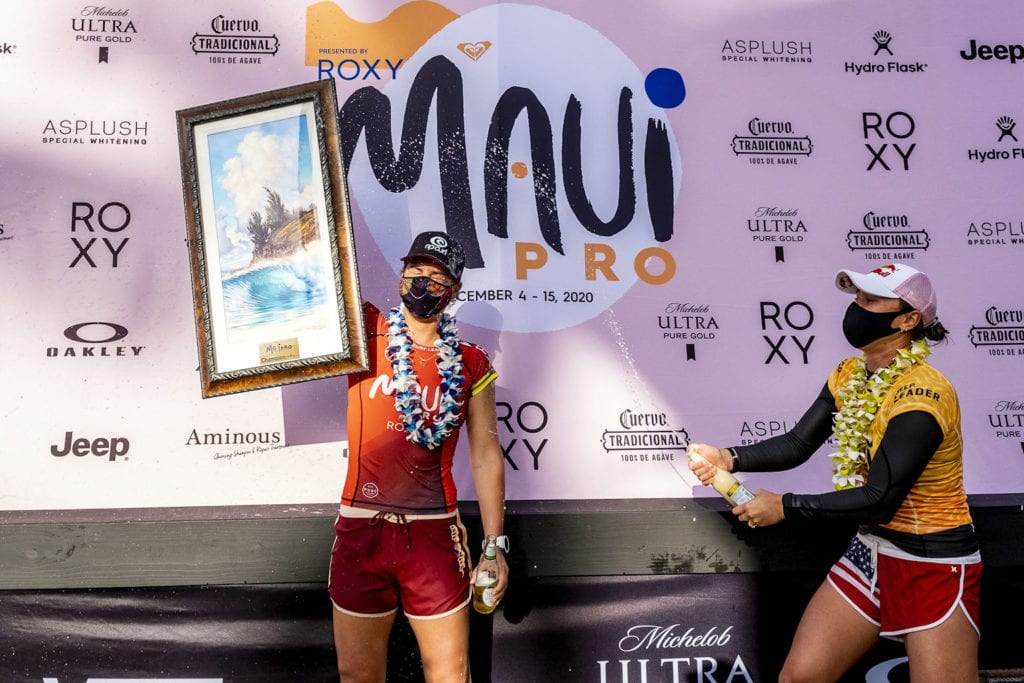 PIPELINE, HI – DECEMBER 20: (left-right) Two-time WSL Champion Tyler Wright of Australia is the winner of the Maui Pro presented by ROXY at Pipeline with four-time WSL Champion Carissa Moore of Hawaii finishing runner-up in the final on December 20, 2020 in Oahu, Hawaii. (Photo by Keoki Saguibo/World Surf League via Getty Images)

The opening leg of the Championship Tour will resume in January at the Sunset Open from January 19 – 28, 2021.

About the WSL
Established in 1976, the World Surf League (WSL) is the home of the world’s best surfing.

A global sports, media and entertainment company, the WSL oversees international tours and competitions, a studios division creating over 500+ hours of live and on-demand content, and via affiliate WaveCo, the home of the world’s largest high performance, human-made wave. Headquartered in Santa Monica, California, the WSL has regional offices in North America, Latin America, Asia Pacific, and EMEA.

The WSL annually crowns the men’s and women’s surfing World Champions. The global Tours and Competition division oversees and operates more than 180 global contests each year across the Championship Tour, the development tiers, including the Challenger, Qualifying and Junior Series, as well as longboard and big wave properties.

Launched in 2019, WSL Studios is an independent producer of unscripted television projects, including documentaries and series, which provide unprecedented access to athletes, events, and locations around the world. WSL events and content are distributed on linear television in over 743M+ homes worldwide and across digital and social media platforms around the world, including WorldSurfLeague.com.

WaveCo includes the Surf Ranch Lemoore facility and the utilizing and licensing of the Kelly Slater Wave System.

The WSL is dedicated to changing the world through the inspirational power of surfing by creating authentic events, experiences, and storytelling to inspire a growing, global community to live with purpose, originality, and stoke.