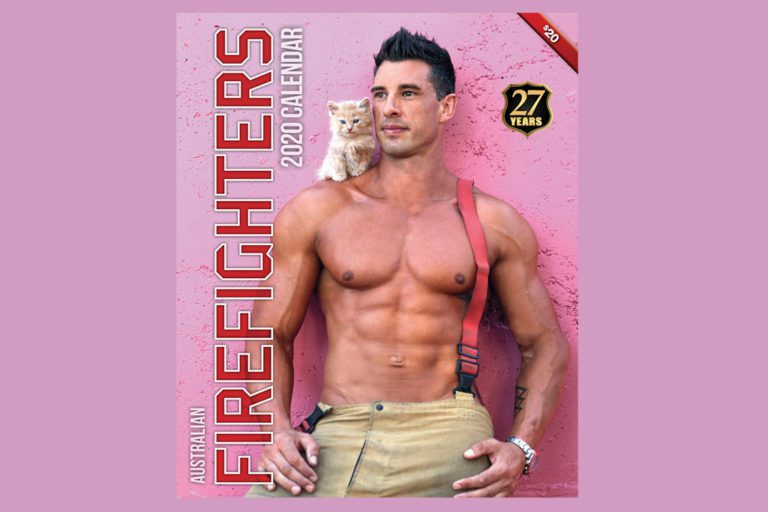 Did your new year’s resolution involve being surrounded by a bunch of hot, ripped guys cuddling the world’s cutest animals? If it did, get your hands on the Australian Firefighters Calendar. Year after year, the calendar promises to impress and every year it delivers.

The iconic Australian Firefighters Calendar started on the Gold Coast in 1993 to raise much-needed funds for the Children’s Hospital Foundation. Since the calendar launched, it has raised a staggering $3.2 million for various charities.

ORM wanted to highlight the efforts of the two men, Bruce Mitchell and David Rogers, who at different times during the past 19 years have taken the calendar from strength to strength in their own way.

Bruce, a firefighter stationed on the Gold Coast, took over the calendar in 2002 and grew it for the next 13 years.

“I was motivated to take over the Firefighters Calendar because myself and fellow firefighters were competing in the Firefighters Games and we wanted to use the calendar for fundraising to fund our team to go overseas and compete in the games all around the world as well as raise money for charity,” he says.

The calendar had lay dormant for a while and Bruce thought it would be a good idea to get it going and create a stronger presence within the community, while raising money for the Children’s Hospital’s Burns Unit, a cause close to his heart and those of his fellow firefighters. 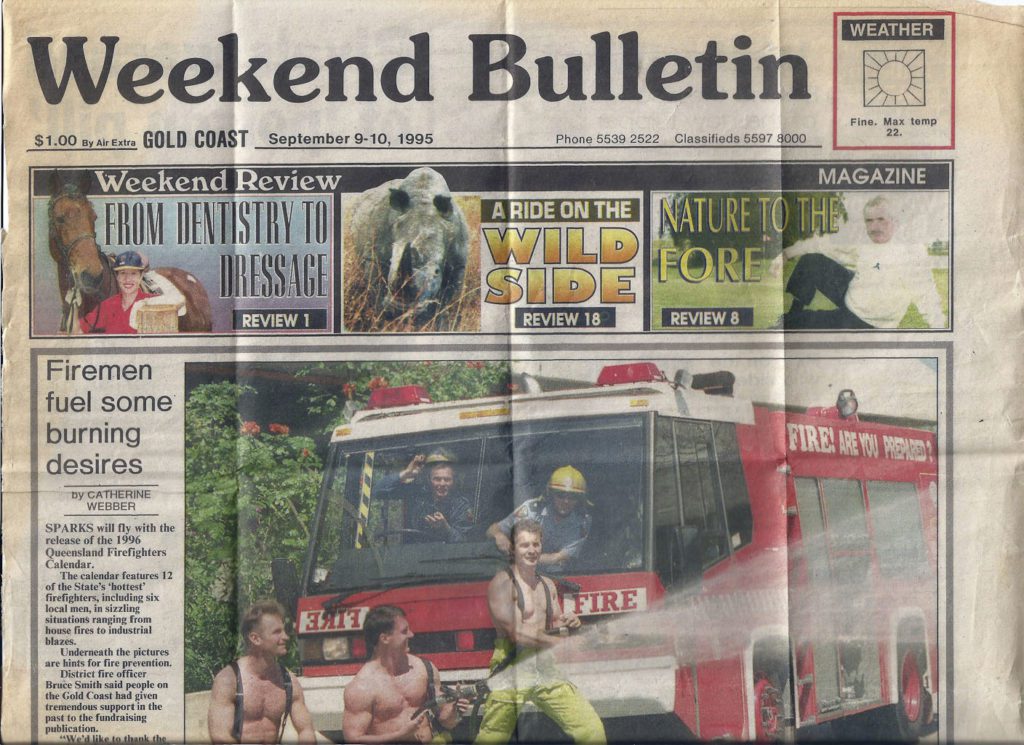 “We were making a difference and we enjoyed our commitment to the Children’s Burns Unit and the Children’s Hospital. Our relationship became stronger as the years passed. We ended up starting a NSW calendar and with our efforts, raised $1.2 million in total, $850,000 OF which was raised in Queensland for the Brisbane Hospital and the rest, raised in NSW, going to Westmead Hospital in Sydney.” 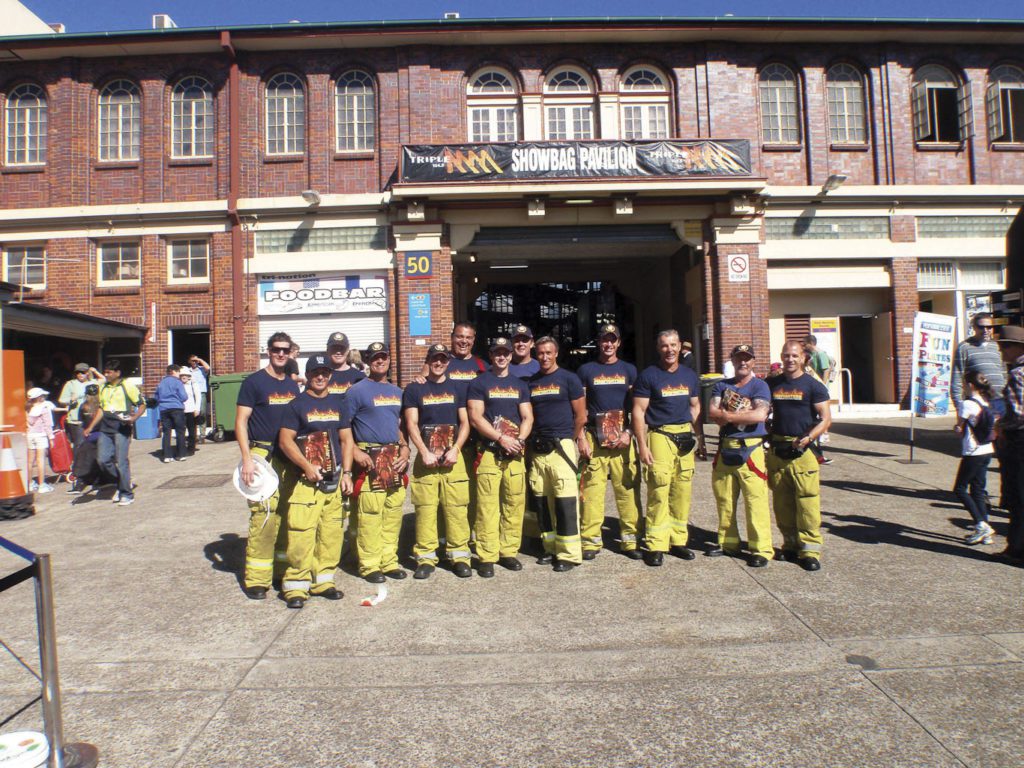 During his time working on the Firefighters Calendar, Bruce was featured in the 1995 and 1996 calendar and was on the cover of the 2010 edition. 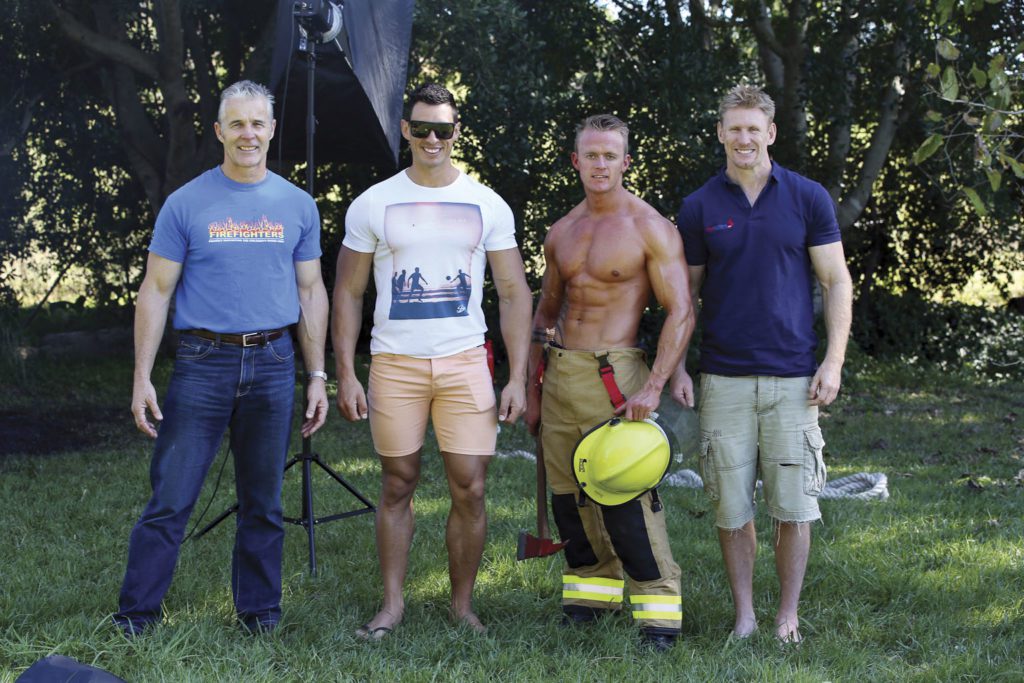 Being a full time firefighter and working on the calendar was a big responsibility and Bruce’s life was only getting busier. He felt he needed to put his energy into other areas of his life.And that’s when David Rogers came along …

David was a long-time fan of the Firefighters Calendar who felt the calendar could be expanded on an international scale. So when he approached Bruce with some ideas to grow it, Bruce suggested David take over the calendar.

The next phase of the Australian Firefighters Calendar had begun. With the help of his partner Sharon, David has taken the calendar to new heights, boosting its popularity with people from all walks of life around the world.

“The amount of media interest the Firefighters Calendar is attracting is staggering. Hundreds of countries all around the world sell our calendar, which is still so crazy to me,” David says. 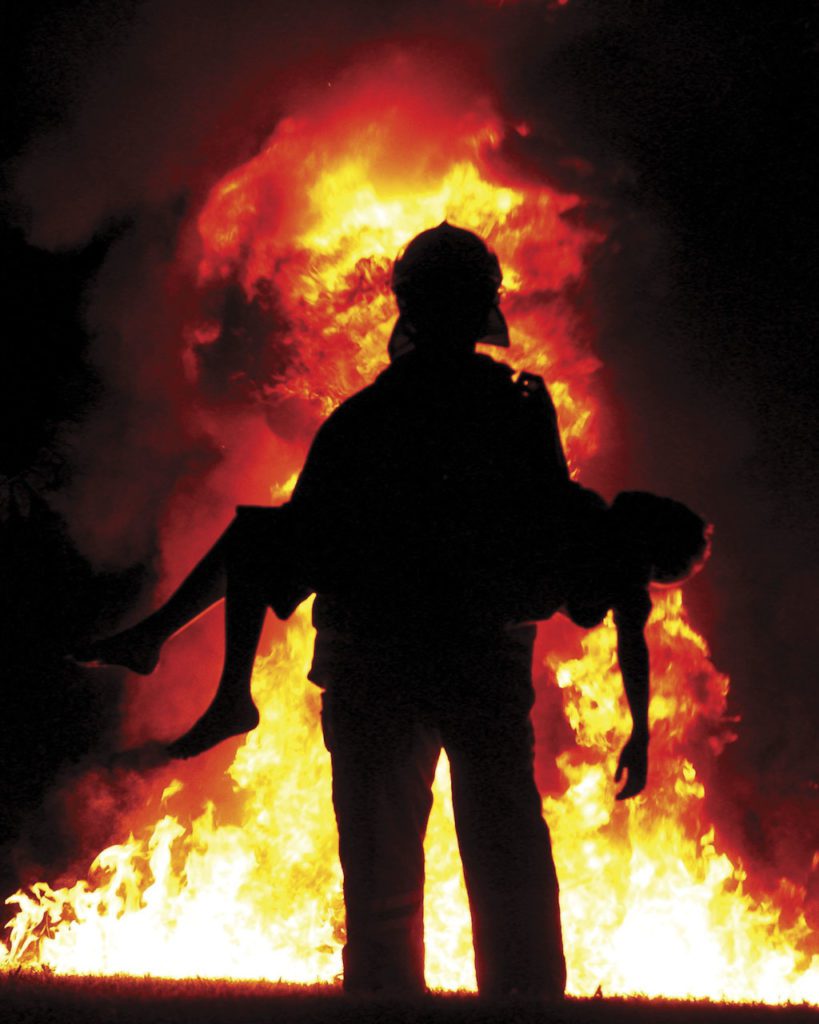 By 2019, the Australian Firefighters Calendar had a social media reach of 3.4 billion. David and the firefighters had been booked to go to Japan and Taiwan and to appear on various television shows around the world when the Covid pandemic forced them to postpone all media activity. 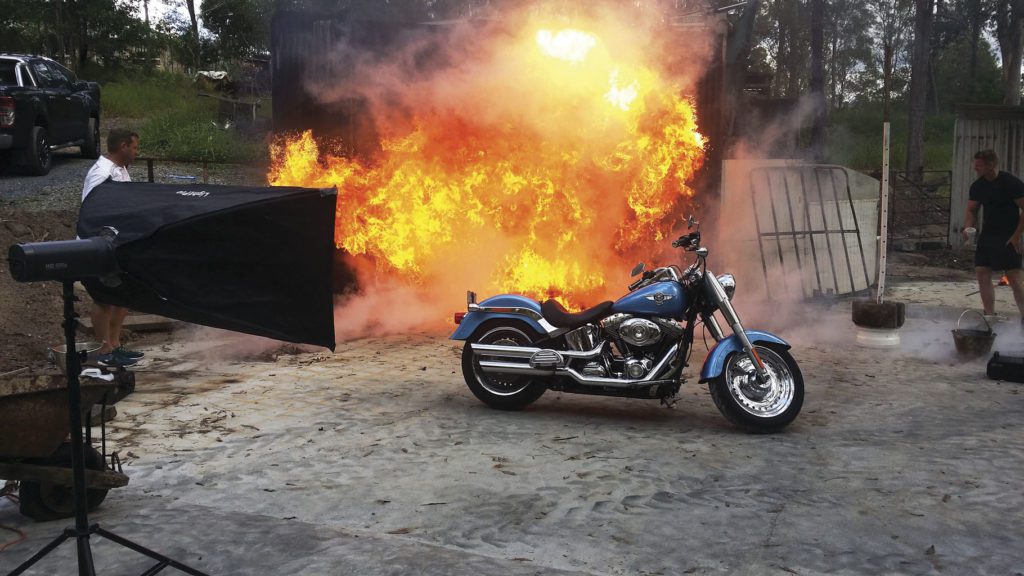 Proud as punch, David emphasises the core of the calendar is and always has been to raise funds for charity. 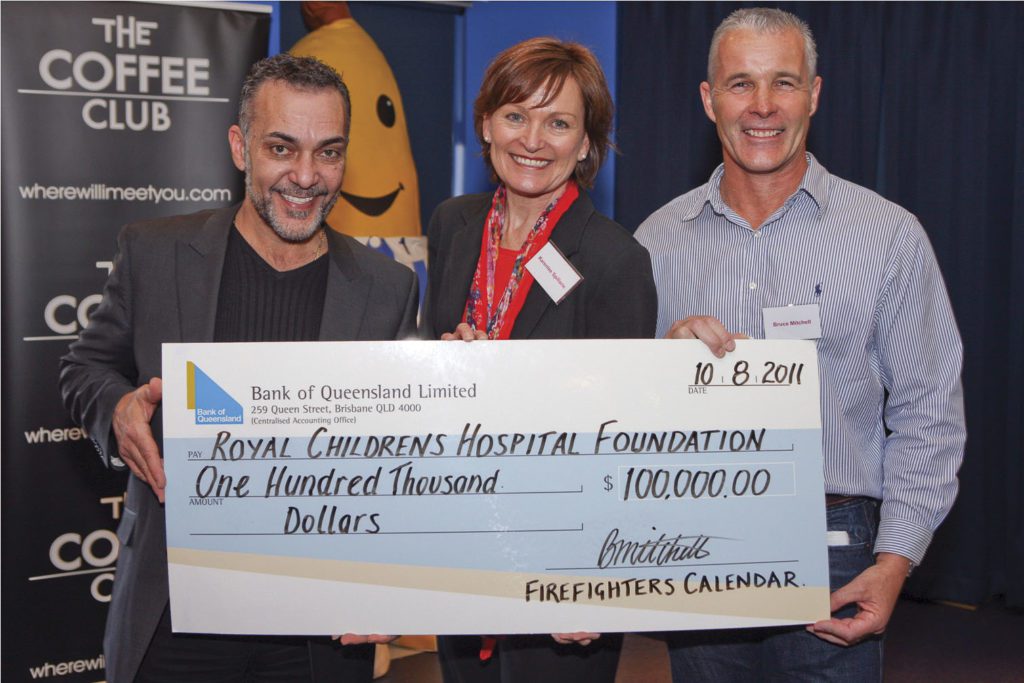 “We try and support as many charities as we can and where we can’t support them financially, we send them calendars and the money they raise through fundraising they keep.”

Introducing animals into the Firefighters Calendar in 2017 proved to be a huge success. Supporting Australian wildlife is important to David and his main focus with the next calendar is featuring native wildlife.

After the devastating bushfires during the summer of 2019-2020, which claimed the lives of millions of Australian birds and animals, David felt the need to bring more attention to wildlife.

“We, as citizens of this country, can’t afford to let that many animals perish again. We have a responsibility. Our wildlife relies on us,” he says.

“We will be using animals from Currumbin Wildlife Hospital, Byron Bay Wildlife and Fleay’s so we can feature our native wildlife. We also want to feature turtle hatchlings, so we will be flying up north to the Great Barrier Reef – that is a first for us and very exciting.”

The ever-growing success of the Firefighters Calendar is evident. David says the firefighters helped sell 3000 trips to Australia when they attended the Taipei International Travel Expo in November 2019.

“We went as guests of the Taiwanese Government and ended up being the main attraction,” he says.

“Every person who bought a trip to Australia received a Firefighters Calendar signed by the firemen. There were so many happy people that day.”

Are these guys the new ambassadors for Australia? You decide.

ZipSites Helping Clients to Punch Above Their Weight
November 23, 2021