Aniko Group’s Athena Quays proving to be a sales sensation

Athena Quays, which sits adjacent to the company’s highly successful Athena Residences, will comprise of two eight-level towers with 177 premium apartments, which have been launched to the market with strong sales already being achieved across two stages.

Sales for Athena Quays began strong with the near sell out of stage one, which is now sitting at 85% sold. With 51 of 87 units sold in stage two, only a handful of two- and three- bedroom layouts remain up for grabs, after a buyer frenzy racked up $105 million in sales in as little as 3 months.

Sales and Marketing Director of Aniko Group, Peter Malady, says the buyer blitz is driven by local owner occupiers, many of whom had previously missed out on securing a property in Aniko’s exclusive neighbouring development, Athena Residences.

“The successful sales we have achieved for Athena Quays can be attributed to the influx of demand we have received from buyers who missed out on our earlier development, Athena Residences,” said Mr. Malady.

“The opportunity to secure such a generously-sized luxury waterfront apartment in the current market are extremely limited, and as a result, we have seen strong sales from buyers wanting to secure their own private Hope Island oasis.”

Mr. Malady says Athena Quays holds a strong appeal to owner occupiers from both the Gold Coast and Brisbane in particular given its close proximity to both CBDs as well as Brisbane and Coolangatta Airports, plus nearby fine dining, upscale shopping, and premier golfing precincts.

“We are also witnessing sales from many owner occupiers from Brisbane and the Gold Coast who are making the move to Hope Island, as a result of the growth and connectivity of the area.”

Managing Director of Aniko Group, George Mastrocostas says the launch of sales for Athena Quays has emerged with spectacular timing to a market rife with demand for affordable high-quality residences in the heart of Hope Island.

“Our uncompromising focus is on providing high quality, well-designed and affordable modern waterfront apartments, with unbeatable amenity and facilities, at a time when supply on the Gold Coast is low,” said Mr. Mastrocostas.

“Building on the success of Athena Residences, we fast-tracked the sales process for Athena Quays to meet the continued demand for beautiful and spacious waterfront apartments in this popular residential precinct. 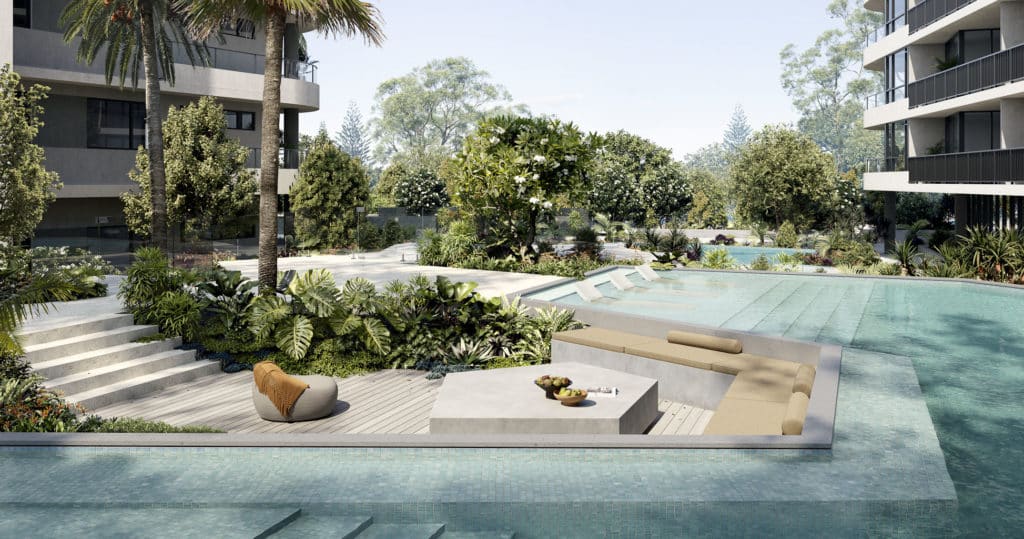 “We are humbled and encouraged by the continued demand and support for our luxury waterfront apartment living in Hope Island and are pleased to be continuing our long-term commitment to supporting the growth and revitalisation of the area.”

With a $500 million workbook under its belt, Aniko Group has been progressively transforming the Hope Island landscape over the past two years, cementing itself as one of South-East Queensland’s leading developers of innovative and luxury residences and commercial properties.

Construction works are expected to commence in the next few weeks with completion estimated in late 2023.