ANIKO GROUP to push ahead with $400M Property Portfolio 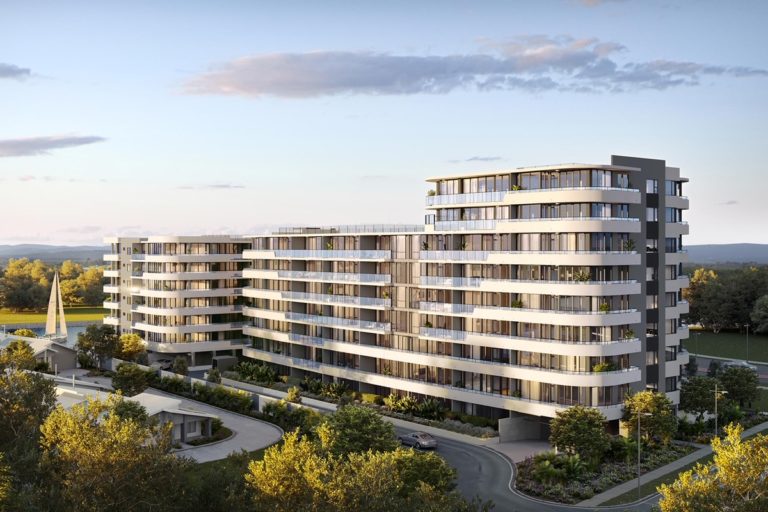 Leading Gold Coast development company Aniko Group is pushing ahead with its $400 million development portfolio, announcing today it had received development approval for a $52 million land estate at South Ripley in Brisbane’s west, and lodging plans with Gold Coast Council for a $48 million luxury townhouse estate at Hope Island.

The George Mastrocostas-led Aniko has been one of the shining lights of the Southeast Queensland property market over the last 18 months – most notably for the near sell-out of its $140 million 1 Grant Avenue apartments which have reshaped the northern Gold Coast suburb of Hope Island.

As Aniko closes out on one of the city’s most successful projects in recent years, the company is soon to begin construction on a $130 million residential precinct at 6-8 Sickle Avenue on the Hope Island waterfront.

The company hopes to embark on its townhouse project later this year on receipt of council approval. The development at 31-35 Grant Avenue will comprise 58 luxury townhouses and will be completed in the middle of next year.

Mr Mastrocostas said Aniko Group was keen to expand its footprint in the high growth corridor of the Ripley Valley with the approval of a development application that paves the way for a 219-lot residential community and a service station and convenience precinct on a 24.6ha site within the Ripley Valley Priority Development Area.

The proposed development will be delivered over five stages, comprising diverse housing lots averaging 400sqm. Construction is scheduled to later this year with completion due in mid 2023.

Of the South Ripley development, Mr Mastrocostas said, “This is one of south-east Queensland’s fastest-growing urban areas, and it’s also proving to be equally strong in terms of job growth, so we see a great future ahead for the project.”

“While the appeal of this region began with affordability, increasingly we are seeing more buyers choosing the western growth corridor for lifestyle. South Ripley will be a big part of this growth story and we are pleased to be part of it.”

About a third of the site, which is bounded by Barrams Road and Cumner Road at White Rock, is dedicated to open space as Aniko Group takes a master-planned approach to its latest project.

This will include a circa 5000 sqm neighbourhood recreation park which will link up with two large-scale linear parks that will offer an extra layer of extended green space totalling more than 8.2ha across the new community.

“We’ve incorporated a fairly dominant green space network within this community, in keeping with the surrounding area,” said Mr Mastrocostas.

“The linear parks will tie in with the recreation park which has been designed to become a central focus for residents as the community grows.

“We plan to develop the recreation park in the very early stages for the immediate benefit of residents.”

Mr Mastrocostas, who has about 20 years’ experience in the property market, said he had identified significant potential in the emerging Ripley Valley region in recent years. The region is expected to grow to a population of 120,000 people over the next 30 years.

The proposed development is located within five minutes of Ripley Town Centre, a master-planned development that is expected to become a major regional commercial and retail hub in tandem with population growth. The site is also just 10 minutes from the established commercial precinct of Springfield Town Centre.

As part of its master plan for the new residential development, Aniko Group has also proposed a new service station and convenience retail development on the corner of Barrams Road and Cumner Road.