Ahead of the game 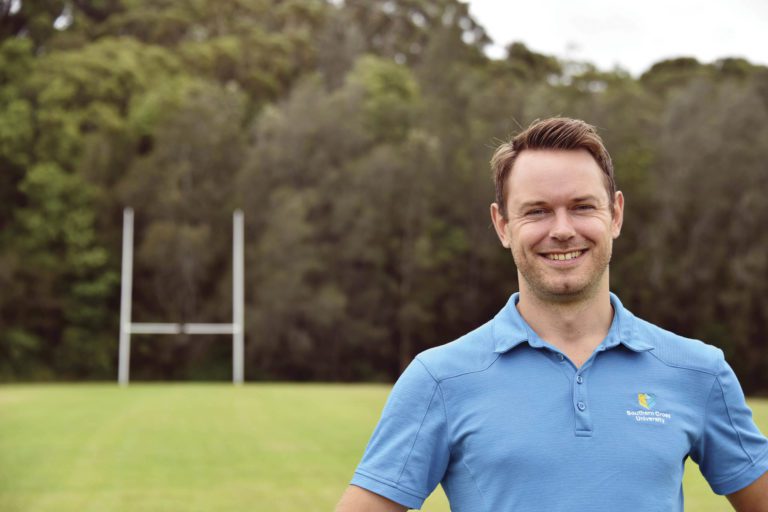 When the World Cup comes calling, you know you’re ahead of the game. How one Southern Cross University researcher is helping to change the face of men’s mental health globally.

‘Locker room talk’ could take on a whole new meaning during the 2021 Rugby League World Cup.

Evidence-based community sports program ‘Ahead of the Game’ has just been announced as the official program for the Rugby League World Cup (RLWC2021) Mental Fitness Charter. It’s a win for men’s mental health globally.
The news came after the Duke of Sussex, Prince Harry, at his final official royal engagement, announced the RLWC2021 would be the first-ever global sporting event to launch a mental fitness charter. The aim is to educate every player, team official, match official, teammate, and volunteer to look after their own mental fitness and that of those around them, as well as delivering mental fitness workshops to 8000 young rugby league players and their parents.
Developed by a team of academics, including Southern Cross University psychology researcher Dr Christian Swann, the groundbreaking mental fitness initiative was created specifically for community sports clubs and was funded by Movember. 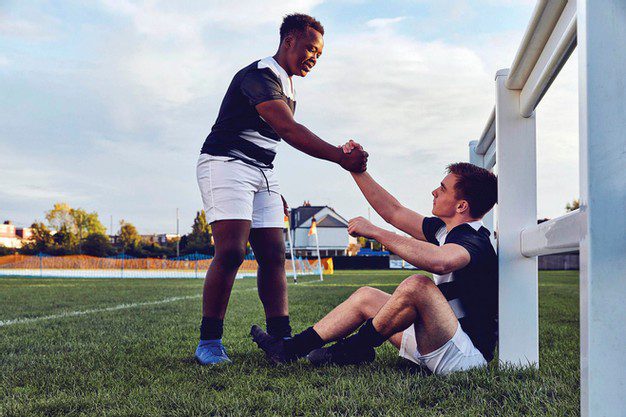 Dr Swann is now one half of the heart and brains behind Ahead of the Game, working closely with Dr Stewart Vella from the University of Wollongong, who has led the program since he originally conceived the idea in 2014.
“The reason we developed this program is to promote mental health in adolescents, parents, and coaches through sport by building resilience, enhancing wellbeing, increasing help-seeking, and reducing stigma — all of which will help decrease the tragic rates of suicide in young men,” Dr Swann says.
“To receive a call to say our program would be rolled out as part of the Rugby League World Cup is totally surreal.

“Personally, it feels extremely rewarding to be part of a program like this — it’s been a huge amount of work and a huge team effort to get something like this off the ground. When we see from the data and hear the first-hand stories from young sportspeople who have benefited, it’s hugely rewarding.”
Throughout the Rugby League World Cup and afterward as a legacy project, elite athletes and select coaches will be trained to deliver Ahead of the Game to 8000 young athletes, 8000 parents, and 400 coaches.
The program will be rolled out in community rugby league clubs across the United Kingdom, with the aim of improving resilience in adolescent athletes, reducing stigma, and raising mental health literacy and awareness.
“Ahead of the Game is delivered specifically through sporting clubs, which teenage boys say is a very accessible setting to have conversations — with their teammates — around mental health,” Dr Swann says.

“We hear from teenagers that at school they may have a few close friends, but there are lots of others that they’re not close to — who they sometimes refer to as ‘randoms’ — whereas sports teams go through a lot more together and teammates are more likely than classmates to be closer and have each other’s back. 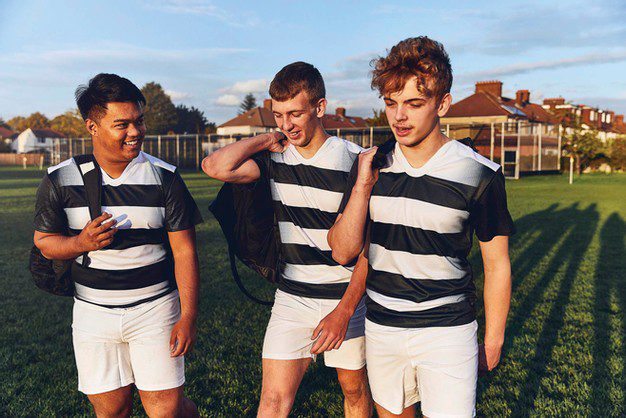 “Teammates are more used to talking about how things are going, and going through ups and downs together, so the setting is more natural and accessible for talking about mental health.
“Young sportsmen in particular also show a keen interest in top athletes and want to know more about how their role models manage their mental health and things like stress and anxiety in sport.”
The program includes workshops for adolescents, parents, and coaches that develop skills to manage setbacks and challenges in sport and life; promote mental health literacy and help-seeking; and help parents and coaches identify concerning-versus-normal adolescent behaviour.
“The first component is called ‘Help out a Mate’, which teaches adolescents how to identify when a teammate may not be doing that well, how to start a conversation about seeking help, providing useful skills and reducing stigma,” Dr Swann says.
“The next component, ‘Your Path to Success’, equips teenagers with skills to navigate life’s ups and downs and build resilience.”
Growing up in Ireland, Dr Swann remembers being sports-obsessed — playing in local teams and following elite sport on TV. After successfully playing elite-level golf alongside completing his university studies, he pursued a PhD in the psychology of elite golf and is now becoming a leading researcher in sport psychology.

In 2015, Dr Swann left behind a well-paying permanent lecturing job and moved halfway across the globe to Wollongong on the NSW South Coast to be a part of the Ahead of the Game program.
“It was an interesting time,” he says. “I gave up a permanent contract and a lot of job security to move to Australia on a two-year contract and lower wage, but personally I felt it was an amazing opportunity at a university where I’d get the chance to work closely with Movember — a charity I greatly admire and respect and still feel lucky to work very closely with.
“It was such a cool opportunity to work on a program that serves to promote mental health in teenage boys, parents, and coaches through sport — which is my passion — and it was an offer I couldn’t refuse.” 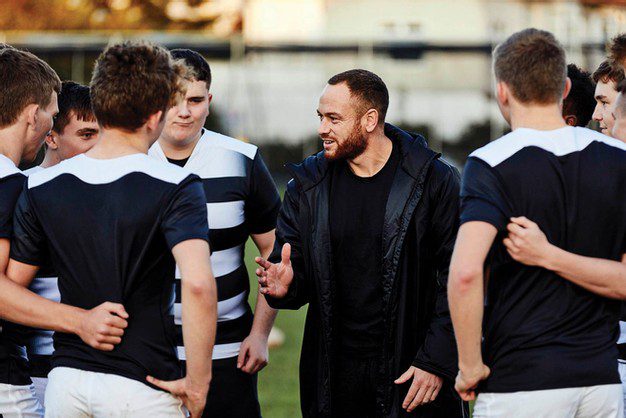 Since he began at Southern Cross University in 2018, Dr Swann has continued with the Ahead of the Game program, now consulting to Movember as a subject matter expert to ensure scientific integrity in adapting the program content for each new country, culture, and sport. The program is currently being rolled out in three countries, with more to follow.
“We have worked closely with Movember to roll out Ahead of the Game across New South Wales and have adapted it for Canada through ice hockey and the UK through rugby union and rugby league for next year’s World Cup,” Dr Swann says.
“This latest announcement means that Ahead of the Game will become one of the world’s largest evidence-based mental health promotion programs in sport.”
Dr Swann is currently course coordinator for the Bachelor of Psychological Science and the Bachelor of Exercise Science and Psychological Science at Southern Cross University — which has been named Australia’s top place to study psychology by the Federal Government’s latest QILT tertiary education data and the 2020 Good Universities Guide.

Meanwhile, the QILT data also rated Southern Cross University’s Sport and Exercise Science degree as number one in Australia for overall experience.
Dr Swann says his team has already published outcomes of the Ahead of the Game program and have seen extremely positive results, which means the program is likely to be one of the most robust and rigorously tested mental health promotion programs in sport.
As the official mental fitness program of the Rugby League World Cup in 2021, Ahead of the Game will be delivered by Movember in partnership with Rugby League Cares and Rugby Football League.
As part of the mental fitness charter, the Rugby League World Cup is also committed to improving mental fitness awareness among its own staff and participants, with about 60 staff, 2021 volunteers, and 900 participants from the 32 competing teams receiving face-to-face training — mental fitness awareness sessions — during tournament time.
Movember will also play a crucial role in the tournament-time mental fitness campaign, with match-day activities, community outreach, and digital content planned to raise mental fitness literacy among supporters. The charity’s £800,000 ($A1.56 million) investment will also incorporate Ahead of the Game into a post-tournament legacy plan to ensure the impact of the mental fitness charter is felt long after the final whistle.