A versatile brew: How to cook with beer 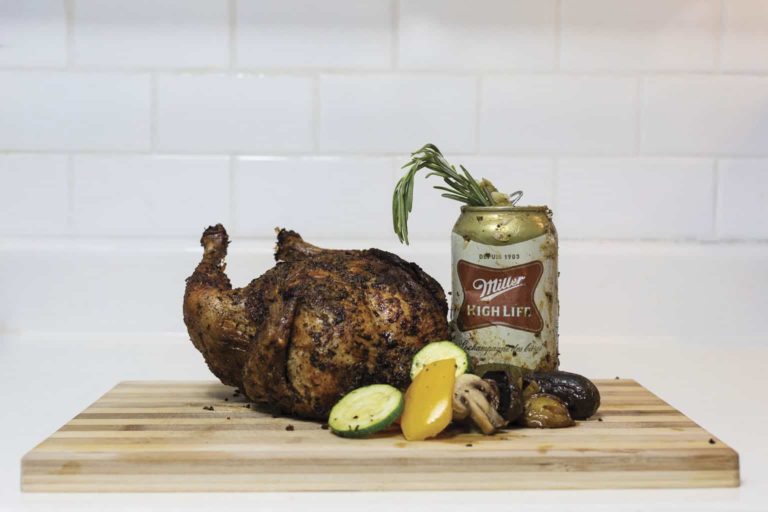 Baking, braising, stewing, reducing, deglazing, marinating and more … Did you know your favourite drink can be used for much more than sipping?

IF you love cooking, I’m sure you have used other alcohols from time to time, whether it be a liqueur in a cheesecake or icing or wine to deglaze a pan.

I don’t know about you, but when a recipe calls for wine, I don’t always have a bottle open and I never want to open a bottle for 30-60ml to deglaze a pan for the rest to go to waste because I didn’t drink it in time. Well, beer is probably one of the most versatile beverages you are likely to have on hand and it can quickly become your favourite to cook with.

Here are a few tips and tricks for anyone trying to mix up and give their daily recipes a difference.

If you are a newbie, start with something you are familiar with. Use whatever you usually have on hand to drink. A super-easy cooking tip to try is the beer can chicken. It’s pretty simple. Open a can of beer, one you drink on the regular, and where the stuffing goes in the chicken, insert the beer can facing up.  Put the chicken on the bbq/in the oven with the chicken standing up over the beer can and cook until cooked through.  The beer can serves as a moisture bomb that keeps the chicken juicy. Watch out though – the beer will be extremely hot, with hot liquid in it, when you remove it from the chicken.

Know the beer style and ABV.  You don’t want to be deglazing a pan of delicate fish, for example, with a double IPA that is super hoppy, bitter and high in ABV, which will overpower the dish.  Think like-for-like. If it’s a delicate or simple dish, choose lighter styles and lower ABV.  If it’s a bolder dish and deep in flavour, like a beef stew, choose a bigger dark beer that can hold up to the meat and depth.

Use beer to neutralise acidity. Think citrus, tomatoes, mustard and even vinegar. Use a lighter style beer to add to dishes to offset the sour acidity by adding the malt beverage that will reduce to a sweetness and add a whole new realm of flavour complexity to your dishes.

Reduce it. Use a darker style beer, like a porter or stout, to reduce down until it is syrupy. It will turn into a complex, sweet syrup that has notes of coffee, toffee and chocolate.  You can drizzle this on ice cream, chocolate cake or even add a splash on your French toast or crepes in the morning instead of maple syrup.

Beer is a perfect tenderiser, which is why it is perfect for using to marinade the meat lurking in the freezer. Add a splash of a dark ale, like a Tooheys New, next time you are marinating some beef or a lighter-style beer, like a Pilsner or Lager, for poultry and seafood. Add the same herbs and spices you usually would but substitute most of the oil for beer. Be careful with sour beers, as the acidity can actually cook the meat rather than tenderise and add the flavour you are looking for.

Tip #6 Add to sauces and stews.

Whether it be a stew or a big batch of Bolognese, use beer to add more depth of flavour to your next saucy number.  Add a good splash or half a bottle of an amber ale to deglaze the pot when making bolognese or after you’ve browned the meat for a stew.  You’ll add a sweetness and richness to your dishes that compliments the sauce and adds a different level of flavour.

There are so many options to try, so next time you are cooking with a beer in hand, don’t be afraid to splash a little, or a lot, into your recipes. Experiment and play around with it and have fun. That’s the beauty of beer. It is subtle enough that it’s pretty hard to muck up, but that subtle difference can make the depth of flavour that much more delicious.