The days are shorter, the mornings are crisp – the coldest season is now upon us. Yes, winter is here. Now is the time to batten down the hatches, get the slow cooker out and enjoy some nice big reds that have been in the cellar collecting dust. Or, for some of us, choose a large delicious dark ale can sip us sweet lullabies to sleep. 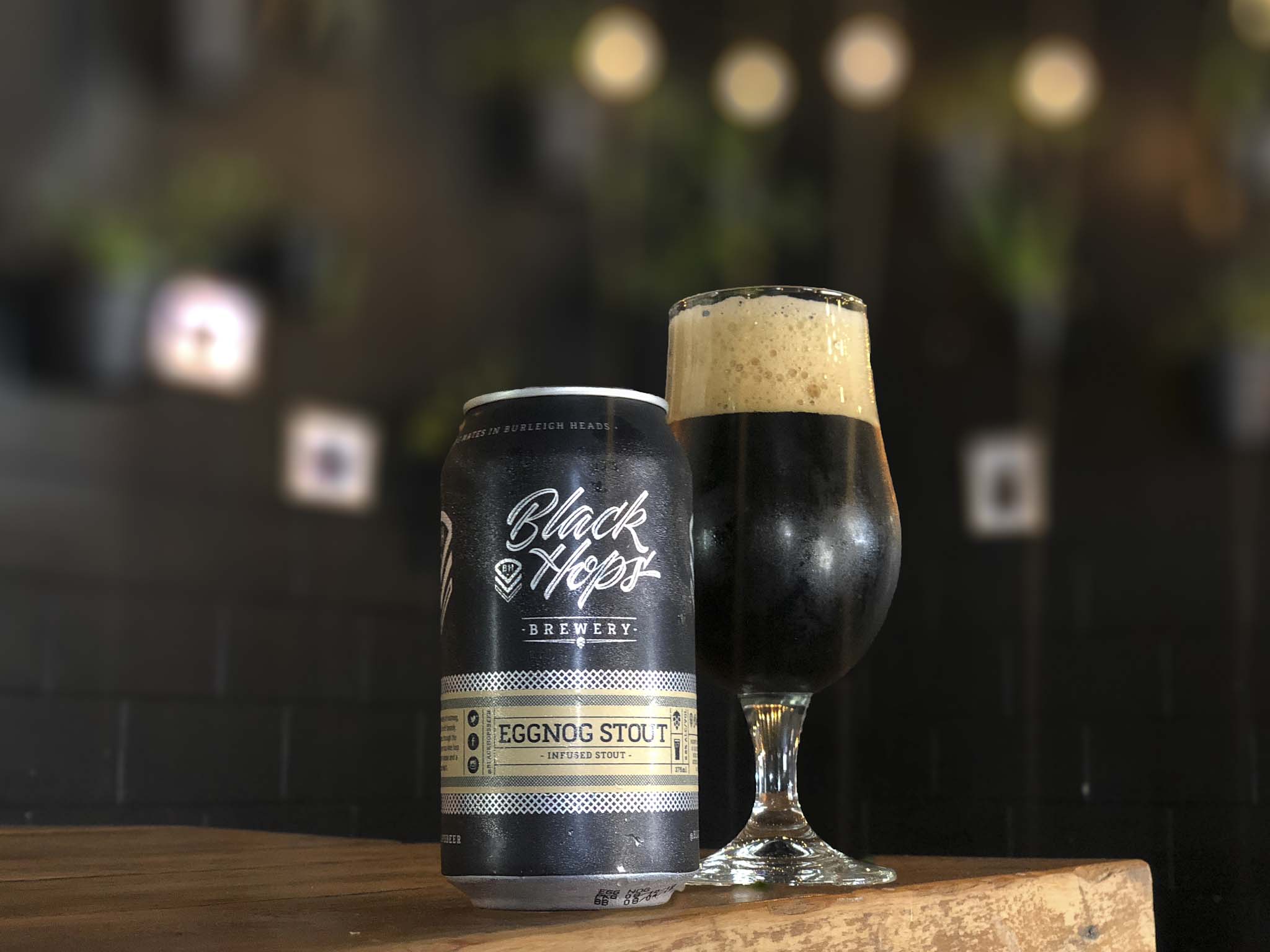 These bigger, bolder beers collect dust right beside the Cabernet Sauvignon in the cellar and develop beautifully with age. There are so many beer styles you can drink in the cooler months. Porters, Stouts, Ambers and barrel-aged beers are a few that come to mind when thinking of what I can pair with my slow cooked stews and soups on a cooler night.

Originating in London around 300 years ago, Porter is a style that has gone through peaks and troughs in it’s years evolving from a sweet brown beer to a widely-exported style in the 1800’s. With many technological changes in the brewing industry over the years, the style has changed and evolved and developed to suit the consumers. This style was popular with the London working class originally that would carry loads and deliver products around town called Porters. It was their drink of choice and is suggested that it is where the name has stemmed from. Like anything in our modern society, the taxman always finds a way to get their cut from anything, and with increased tax laws brought milder versions of this beer style until 1817. This is when Daniel Wheeler invented the malt roaster (works similar to roasting coffee beans) and black malt was available for the first time. Before this was done, brewers would put almost anything in their beer to try and get the same dark brown colour and flavour from molasses to tobacco.

Stone & Wood Brewing Co. has brewed a Porter style winter seasonal since the day they opened their doors. They pay homage to the way our ancestors traditionally brewed and a simple farmhouse brewer. Heating stones on a wood fire until they are red-hot and dropping them into the malty sugary liquid that will eventually ferment into beer. This adds a rich, caramelly flavour. This winter release of Stone Beer has aroma and flavours of roasted barley, with hints of coffee and chocolate finished with a firm bitterness. Each year they have also started barrel ageing the beer and releasing it the following year. This results in a bigger style with higher alcohol content and more rounded mouth feel. Think hints of port flavours. If you can get your hands on both (barrel aged 2018 Stone Beer and this year’s 2019 Stone Beer), it’s worth drinking side by side to taste the differences.

Porters lead to the success of Stouts as people wanted to capitalize on the success of the London Porter success. What is the difference between a Porter and a Stout I can hear you asking? The answer is, not much and it depends who you talk to. Generally, there is a lot of similarities in these styles but when beers are being judged, there is subtle difference that they look for in these different categories. I guess the main difference is that today’s Stout styles are generally drier and toastier (ashy like) where Porters are malty and fuller bodied.  Stouts reflect a ‘creamier’ and more ‘stout’ body and strength. Enter Guinness.  Guinness began brewing porters in 1799 and more of a ‘stout’ style a few years later in 1810. The main difference was the malt that was used after WWII. They used roasted barley and flaked barley while London porters were continuing to use brown malt.

A great local Stout that is a must try, is Black Hops Eggnog Stout. This was actually the first beer that Black Hops ever released, from a single batch homebrew. A very bold first beer to bring to the market first up I’d say, but that’s who those guys are. It highlights flavours from traditional eggnog with cinnamon, nutmeg, vanilla and brandy all entangled in a dry Irish Stout. Being Canadian and growing up in ‘real winter’ this beer sends me back to a night in with the family around the Christmas tree sharing an eggnog. The sweetness of the spice’s pairs perfectly with the bitterness of the stout with a balance that you can enjoy all year round rather than just the cooler months.

Another darker style that can be quite quenching in our short cool snap is an American favourite that is becoming more popular in the Australian market.  Around 1990 was when one of the first commercially produced Black IPA’s was released as a Blackwatch IPA by Mr. Greg Noonan.  This style started making waves in the US in early to mid 2000’s.  It is exactly what the names suggest, an India Pale Ale that is black in colour (I know, shocking right?). Often also referred to as Cascadian Dark Ale because of the hops used from the Pacific Northwest and Southern California Region which is where this beer became popular. If you can find one, I recommend giving it a try. Or perhaps another IPA that would suit our climate conditions of “winter,” is a red IPA. It is a modern style that is based on the hoppy IPA with added malt toastiness and maltiness you get from an American Amber Ale. Perfect for those sunny winter days on the beach or Burleigh Hill.

The guys from Miami’s only, Lost Palms Brewery make a great representation of this style. They really focus on the malt characteristics and use the hops only to balance the Caramel and Munich Malt used. These malts add a beautiful nuttiness with a hint a caramel and subtle chocolate with a hoppy cleansing finish. This is more of a daytime winter beer, but again easy to drink all year as well.

We are pretty spoiled for weather here on the Gold Coast, but a change from the humidity and sweat dripping down the back of your neck makes it a little easier to stomach a bolder, bigger style that we can sip at and appreciate quenching our thirst in a different way. Go out and grab a couple different single bottles or cans or try something different in your local drinking hole to challenge your pallet. You might be surprised on what you end up enjoying. I challenge you to let it warm up a little as well and drink it warmer as the Londoners do.