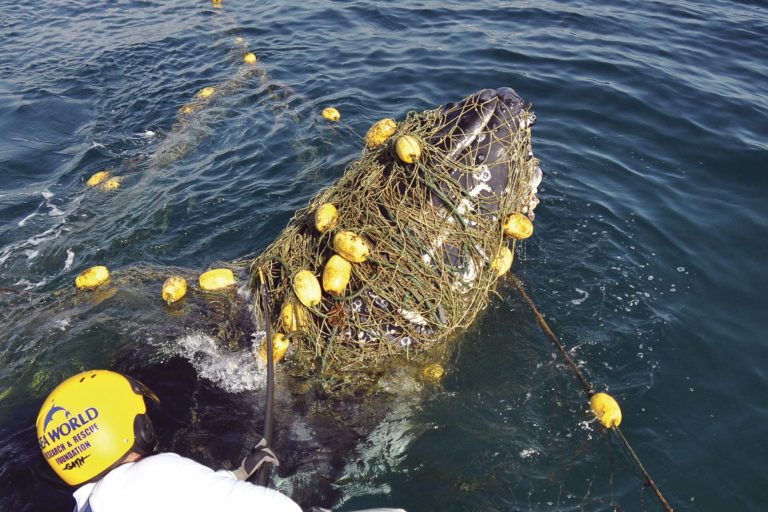 We are extremely fortunate on the Gold Coast that every year from June to November, our coastline plays host to the annual Humpback Whale Migration. There are many great vantage points from Byron Bay to Point Lookout to view these majestic mammals as they embark on their mammoth journey from the cooler Antarctic waters to the sub-tropical waters of the Great Barrier Reef to mate and give birth. 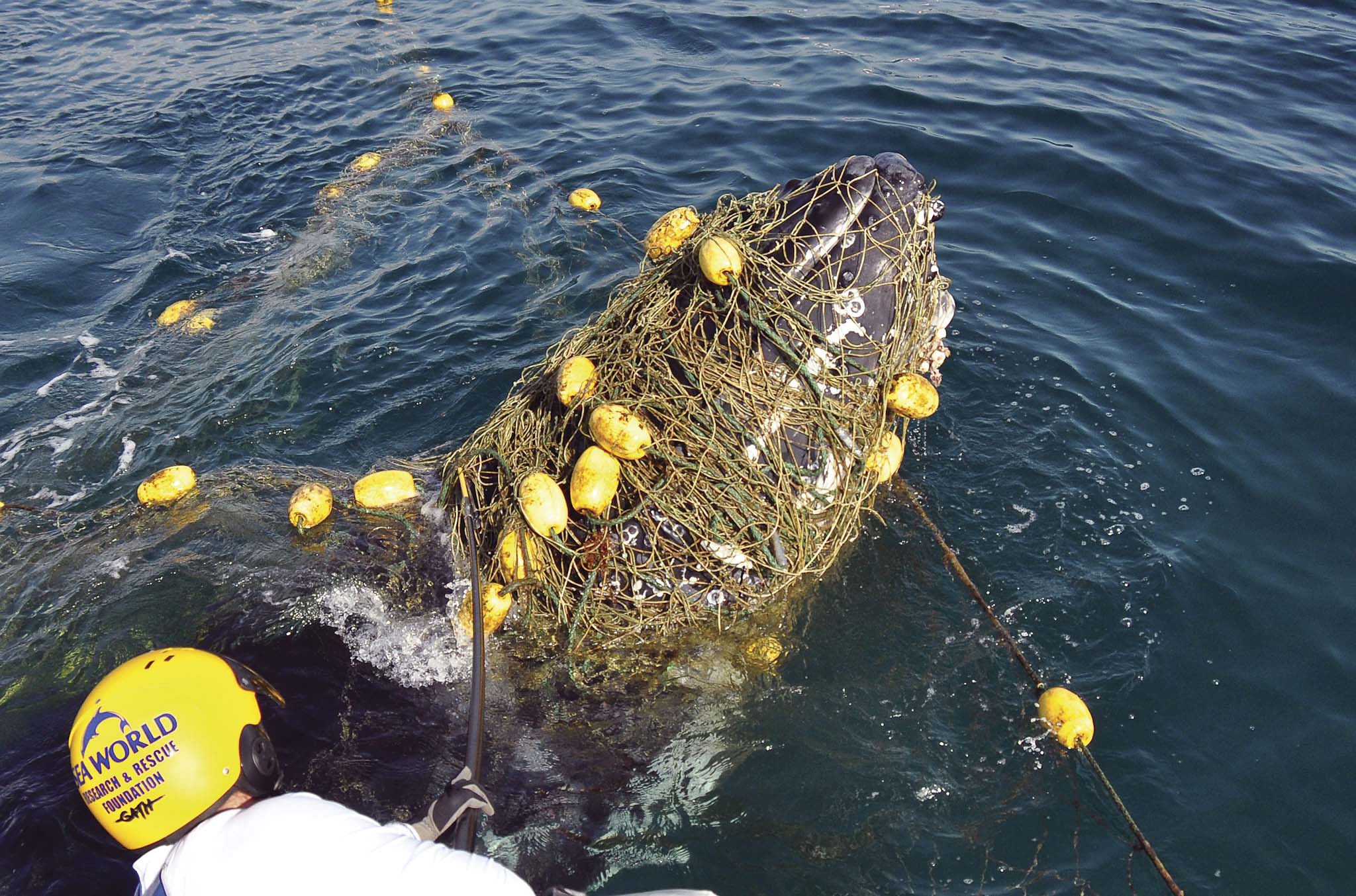 This year, we are expecting close to 30,000 whales to migrate by our coast. Typically, it is pods of young males who will be amongst the first to commence their journey, followed by the larger adult breeders with the pregnant females and those with calves coming later in the period. Once they have mated and calved, they then start the trek back down to the Antarctic, in what is one of the largest migrations for any species.
While it is a great natural phenomenon, and tourism attraction, unfortunately the whales face multiple risks on their journey from predation and illness to the most common, human interaction. Each migration season, Sea World are called to respond to whales travelling along the coast towing equipment from crab and lobster pots, alerted to those suffering from boat strike wounds or whales becoming entangled in the shark control programs.
On the Gold Coast, we are in a unique position of having Sea World, along with the Department of Boating and Fisheries who have specialised rescue teams on-call to assist when these scenarios occur. Our Sea Word team has been assisting in whale rescues for over 40 years and over the many years have developed the knowledge and expertise to best deal with these situations. Prior to every migration season, we get together and conduct training, where we can hone our skills and familiarise our techniques on a purpose-built training whale we have at Sea World.
I conducted my first disentanglement of a humpback whale in a shark net in 1974 off Southport. At this stage it was quite an unusual event with whale numbers in the low hundreds as the population was still recovering from the whaling industry. This rescue effort was quite a memorable operation for me and thankfully we were able to disentangle the whale from the netting and it completed its journey. It wasn’t until the mid-1980’s that we began to see the whale population begin to rise and with it, the entanglements in shark control programs becoming more frequent. 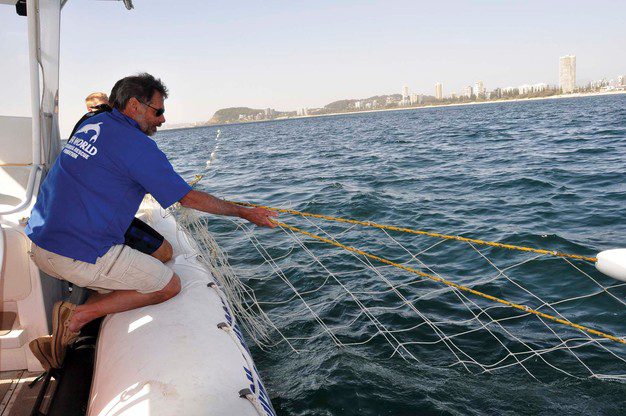 Whale rescue operations have evolved significantly over time, especially from this initial rescue. Originally, we would put people in the water with the whale but we have since moved away from this and complete the disentanglement from the safety of a vessel. With whales weighing up to 20-30 tonnes and in a distressed state and uncontrollable sea-states, the safety of the rescuers is our first priority.
In addition to the changing strategies and approaches to the rescues, we have also pioneered new techniques and designed specialised equipment for whale entanglements. One of the most significant developments was the design of purpose-built cutting knives which have a flat V-shaped outer surface with the sharp blade component on the inside. These knives allow the rescuers to cut the entanglement without any risk of injuring the whale. These knives are then attached to longer poles which give the rescuer greater reach from the boat to the whale. Due to sea state, wind and the temperament of the individual whale, every rescue is different, we always strive to put an experienced team together. The first objective for our team is to ensure the boat is ready to go and that all the necessary equipment is bought along for the operation. 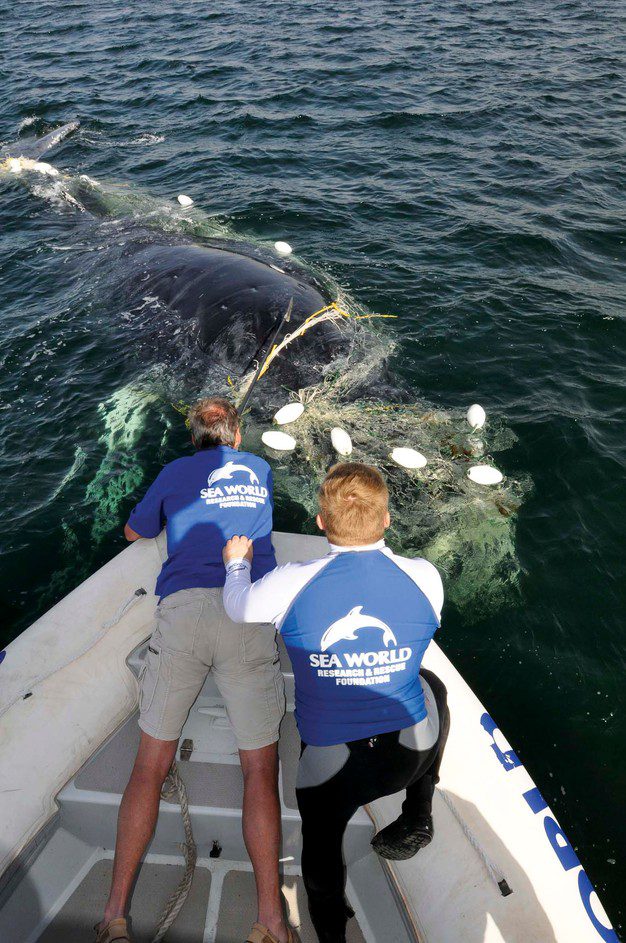 Once on the scene, we approach by first scoping the scene and getting an understanding of the situation. On some occasions we arrive to find that there is one whale entangled but others in the pod are hanging around nearby. On the southern migration in the later months of the year, there are often mums returning with calves, which are not well-versed at navigating the coastline and often find themselves in trouble. In situations where these young calves are caught, we experience a sense that the Mother understands we are trying to help and remain calm, however on some occasions they see us a threat which poses a completely different set of complications.
Once the situation is assessed, we begin by tying up the remaining netting on either side of where the whale is trapped to ensure there is no risk of further entanglement or re-entanglement once freed. We then approach the whale in the boat in a slow and calm manner. It’s imperative that we have an understanding of the whale’s state of distress and welfare. Look for netting over the eyes and blow hole anything that could be hurting the whale or impact its ability to survive long term.  All net must be released when the whale is freed. The main strategy for how we proceed is dependent on how the whale is entrapped, the tail of the whale is very large and can cause great damage if it’s cut away first, allowing the whale to become mobile.
We approach the whale with our lead cutter up the front of the vessel and a spotter close behind to ensure their safety. Communication is key and the cutter needs to provide clear and concise directions to the skipper so they can ensure the vessel is in the optimum position for cutting. Depending on the level of entanglement, this process can range from making a few simple cuts of to free the whale in minutes or could take up to hours delicately cutting away from the whale. 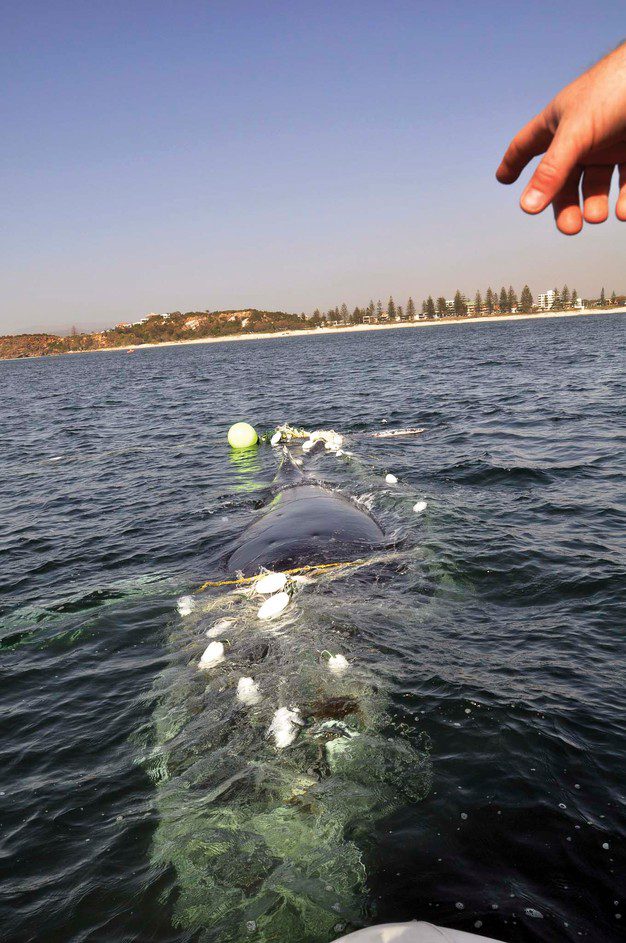 We are in the fortunate position to have our rescue team along with the Department of Boating and Fisheries on scene so we can swap back and forth between vessels to give rescuers rests when required. Once the whale has been released we follow it for a while to monitor its behaviour and ensure there are no health issues or injuries. Unfortunately given the delicate nature of these incidents, we are not always able to successfully release and on some occasions, the whale perishes despite our best efforts. On these occasions there is a sense of immense grief for not only the team but the community as a whole and reignites the debate on the need for shark control programs.
My personal position is that we would like to have open dialogue with government to review the shark control programs along the Gold Coast. Just as we have evolved our rescue operations over time, I believe there are new and emerging technologies which could be implemented to replace shark nets without putting bather safety at risk. This is a subject I am extremely passionate about as we see first-hand the negative effects nets and drumlines have on marine environment. 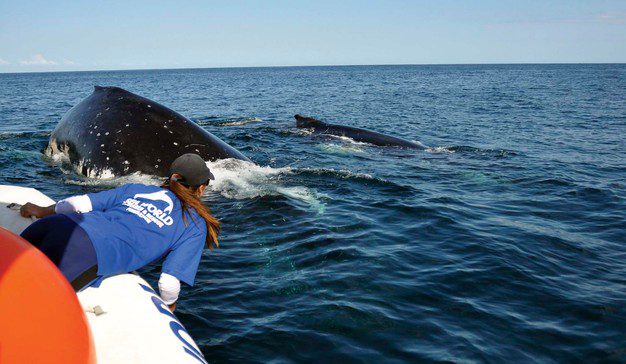 With the rise in the population of both whales migrating and humans using the waterways, the level of interaction and risk of encounter is significantly greater. The Queensland Government has a number of rules in place to protect the whales during their migration and we would encourage boaties to be aware of these restrictions in place. While we want people to enjoy the beauty of the whales on their journey, we want to ensure they are doing it in safe and respectful manner.