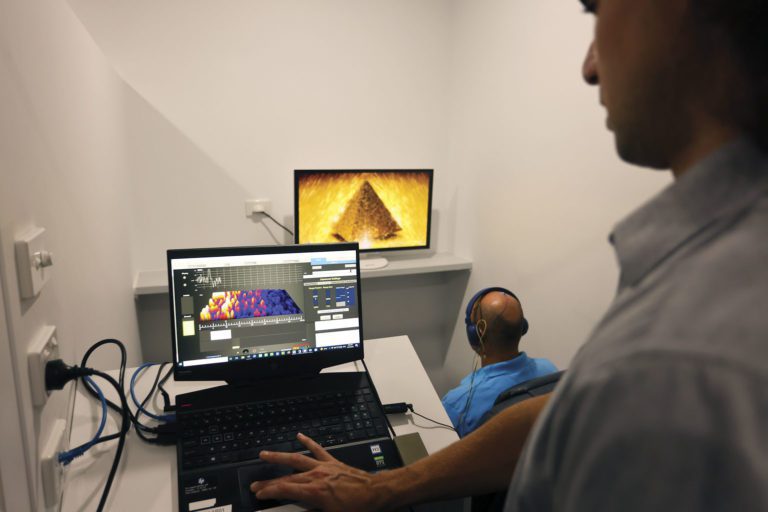 A diverse range of people – from young children through to senior citizens – are retraining their brains with the help of a revolutionary EEG biofeedback treatment. 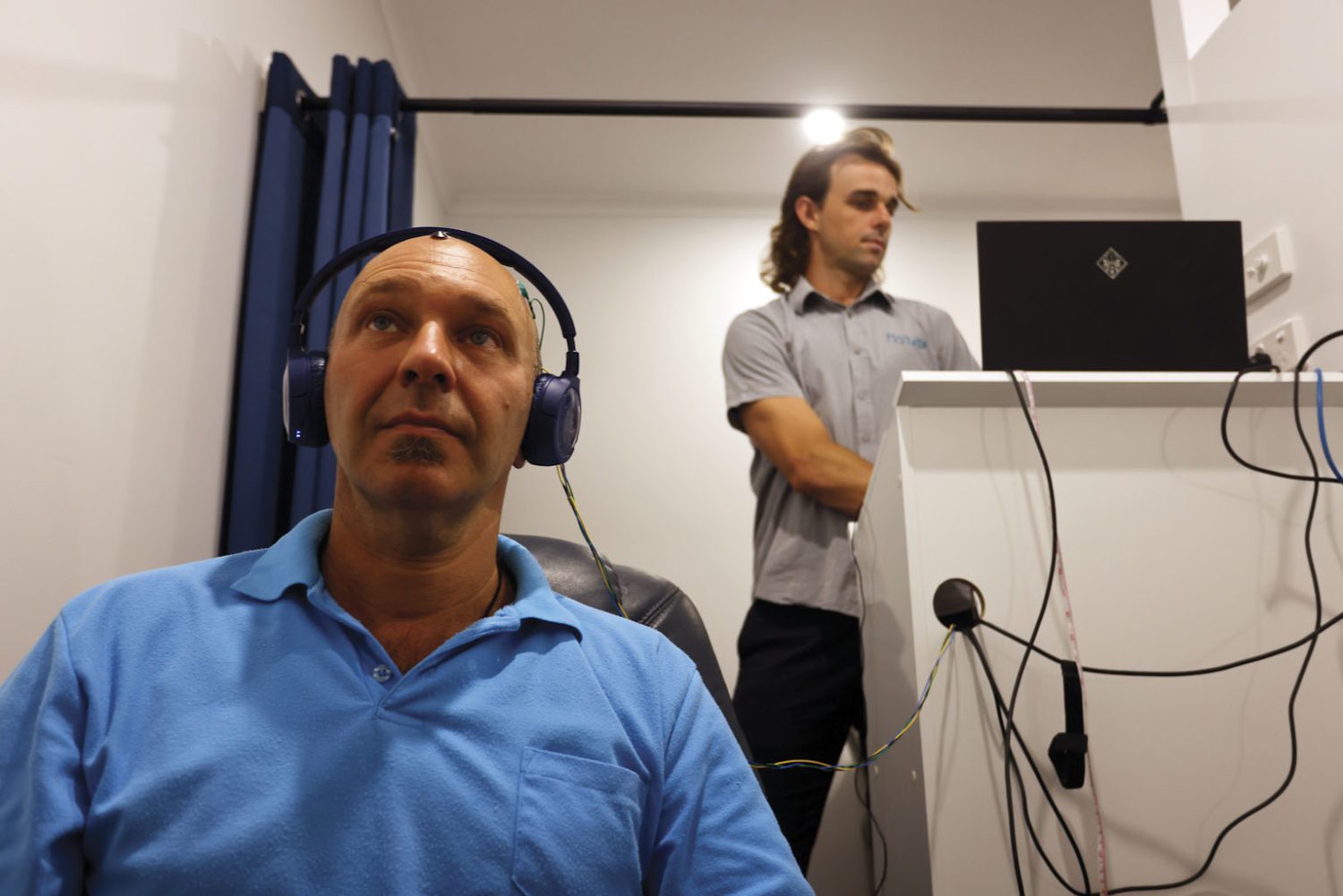 A GOLDEN pyramid-like object is pulsating on the screen in front of David Ackerman as he sits in the Brain Care therapy room, tiny sensors attached to his scalp. A keen musician, one of his favourite tunes is playing through earphones as he focuses on the screen. As therapist Paul Moorhead scans David’s brainwaves and other data on a monitor, the prism expands (good) or contracts (bad), depending on the responses his brain is sending.

Known as EEG biofeedback training, it’s sending a subliminal, subconscious message to his mind to try and keep the pyramid as large as he can for as long as he can. (Some clients may choose to watch a movie or play a computer game, with the picture becoming clearer or the game progressing more smoothly when their brain produces the target outcomes). 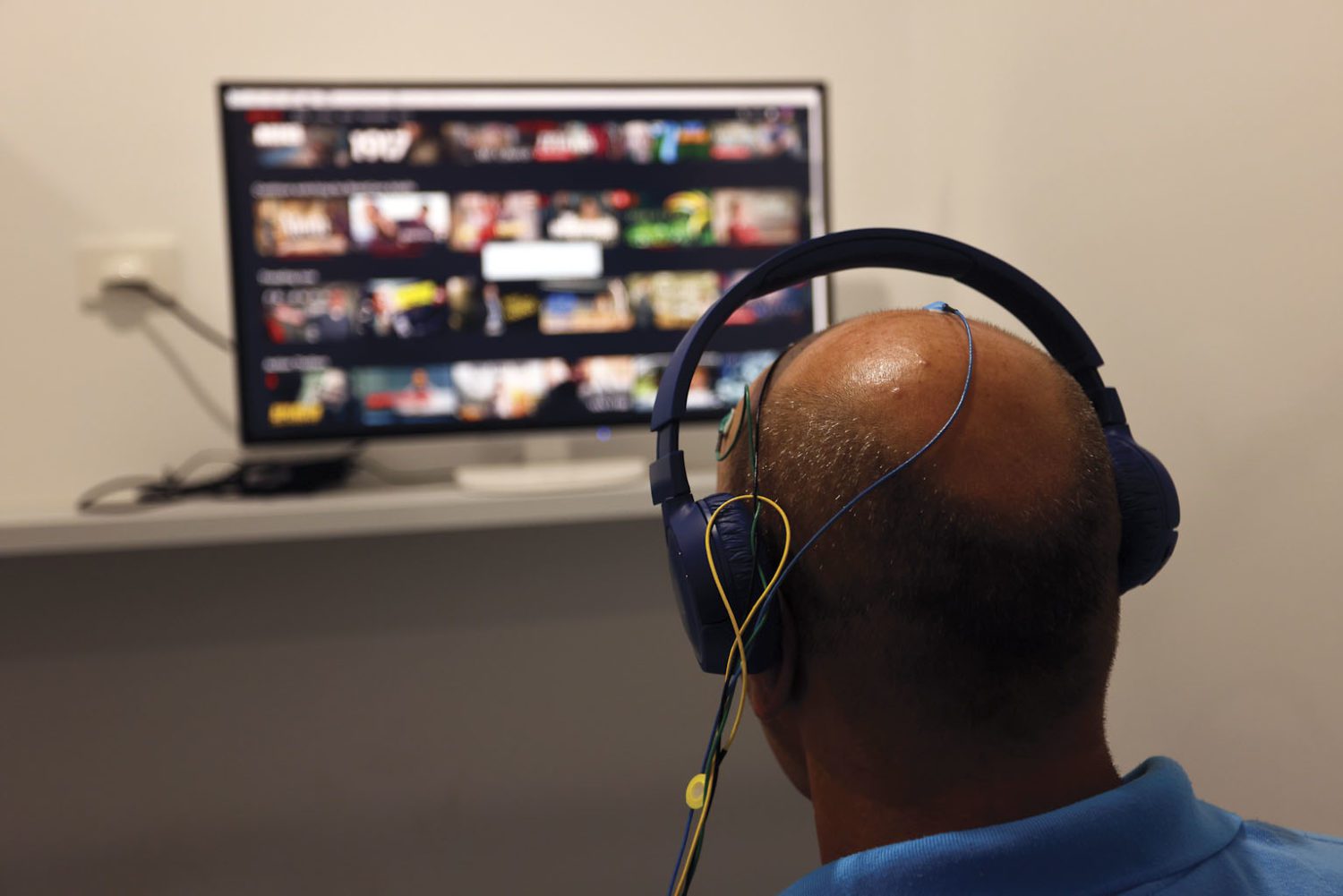 David, a northern NSW chiropractor who suffered serious head injuries in a cycling accident 25 years ago, is one of a diverse range of people – from young children through to senior citizens – that Brain Care is helping to retrain their brains. Based in a newly-established clinic in the Riverside Professional Centre at Tweed Heads, the practice was founded more than 20 years ago by a senior psychologist and former president of the Applied Neuroscience Society of Australasia.

With a motto of ‘train your brain, change your life’, It’s one of the few facilities of its kind in Australia, offering drug-free therapies to assist those who have suffered from acute brain injuries, autism, ADHD and other learning difficulties, bipolar disorder, anxiety and depression.

Brain Care, which also has a clinic at Robina, was established in the early 1990s after its founder sensed a desperation in the community for alternative brain therapies.

“People with brain injuries and neurodiverse issues were looking for new and sustainable options,” Paul says.

“They were taking medication and supplements excessively, often with little to no long-term improvement. There was a sense of hopelessness. They didn’t know where to turn. The brain is the controller of everything. People think it’s all gut up but it’s also the brain down approach – you’ve got to have both to find that happy place. We’ve had a tremendous success rate, and we’re internationally-recognised for what we’re doing.”

David turned to Brain Care in early 2020 as he continued his long road to recovery from his pushbike accident. The accident, which happened in 1996 at the age of 22 during an ‘adventure of a lifetime’ pushbike ride from Melbourne to Adelaide, left him in a coma with significant brain damage.

“The accident floored me, it completely changed my life,” he says. “I was sleeping for 14 hours a day, I lost a lot of concentration and had great difficulties with organisation and time management planning. Physically, I recovered relatively quickly because I was young and fit, but my brain injury was a different story. But I always believed that my brain would heal itself, and I began a very long journey of healing.” 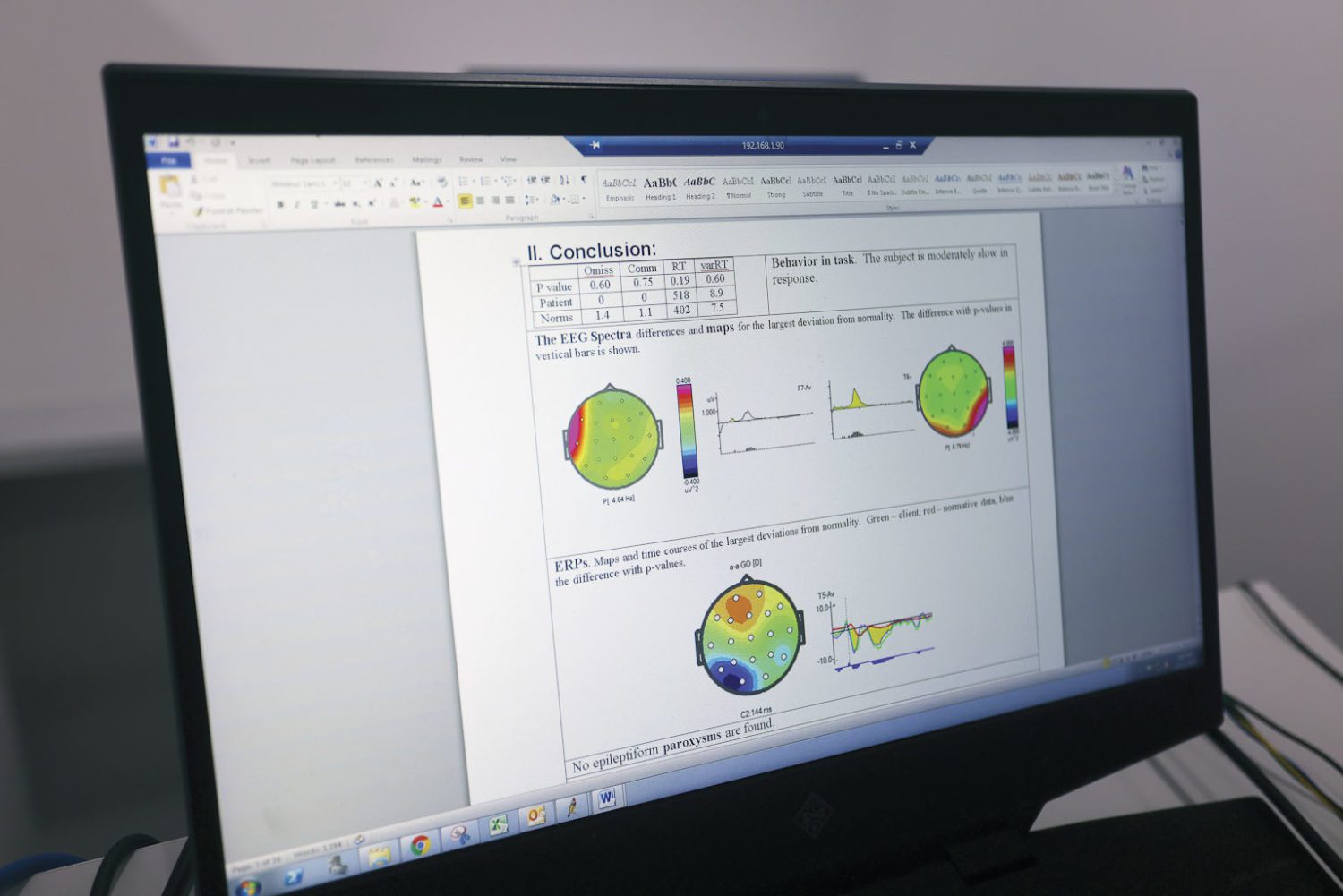 He read The Brain That Changes Itself by psychiatrist and psychoanalyst Norman Doige, which talks about neuroplasticity, or the capacity of the brain to heal itself. David also embarked on a regimen of meditation, yoga and mindfulness.

“I’d done a lot of healing, including other forms of neuro-feedback which were very basic and rudimentary and brought minimal results,” he says. “Brain Care, which I discovered at the beginning of last year, was a much, much more sophisticated level of training, one of the leaders in Australia.”

He had a consultation with a Brain Care senior clinician and underwent functional cognitive and functional EEG testing, which identified that his brain’s prefrontal cortex – critical to planning, organisation and time management – wasn’t functioning properly. David underwent intensive EEG biofeedback and other treatments to help heal and reorganise his brain.

“The changes have been amazing, they’ve been profound, across every area of my life,” he enthuses. 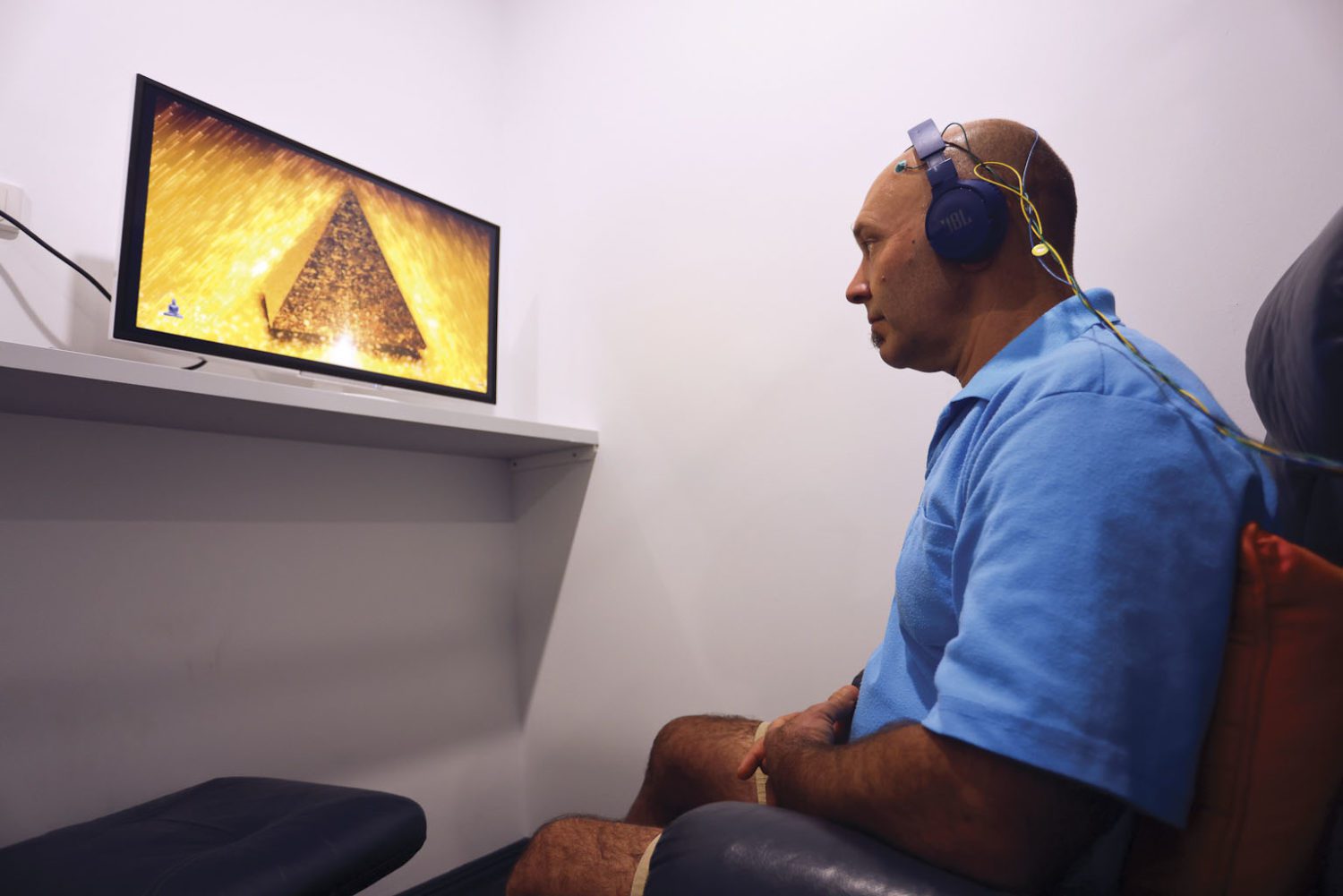 “I saw huge changes in the areas of organisation, planning, time management and initiating projects,” he says. “My business improved, even during Covid. My house used to be a mess, disorganised and with papers everywhere. Today, it’s unrecognisable. My parenting improved because I’m a lot more aware and empathetic and really conscious of what’s going on with my kids and I can interact with them much better.

“I’m also a musician, and I found that my musical skills improved – everything from guitar playing to my capacity to play a song and harmonise. My relationships also improved. It was like a fog cleared from my brain and I was able to get out of a very toxic and unhealthy relationship and into a much healthier, happier one. My friends and clients say, ‘wow, you’re a different person’. I just really feel a lot more switched on in my brain and in my capacity to be present.”

Paul says EEG biofeedback is the primary therapy used at Brain Care and explains, in a nutshell, how it works to treat clients like David. 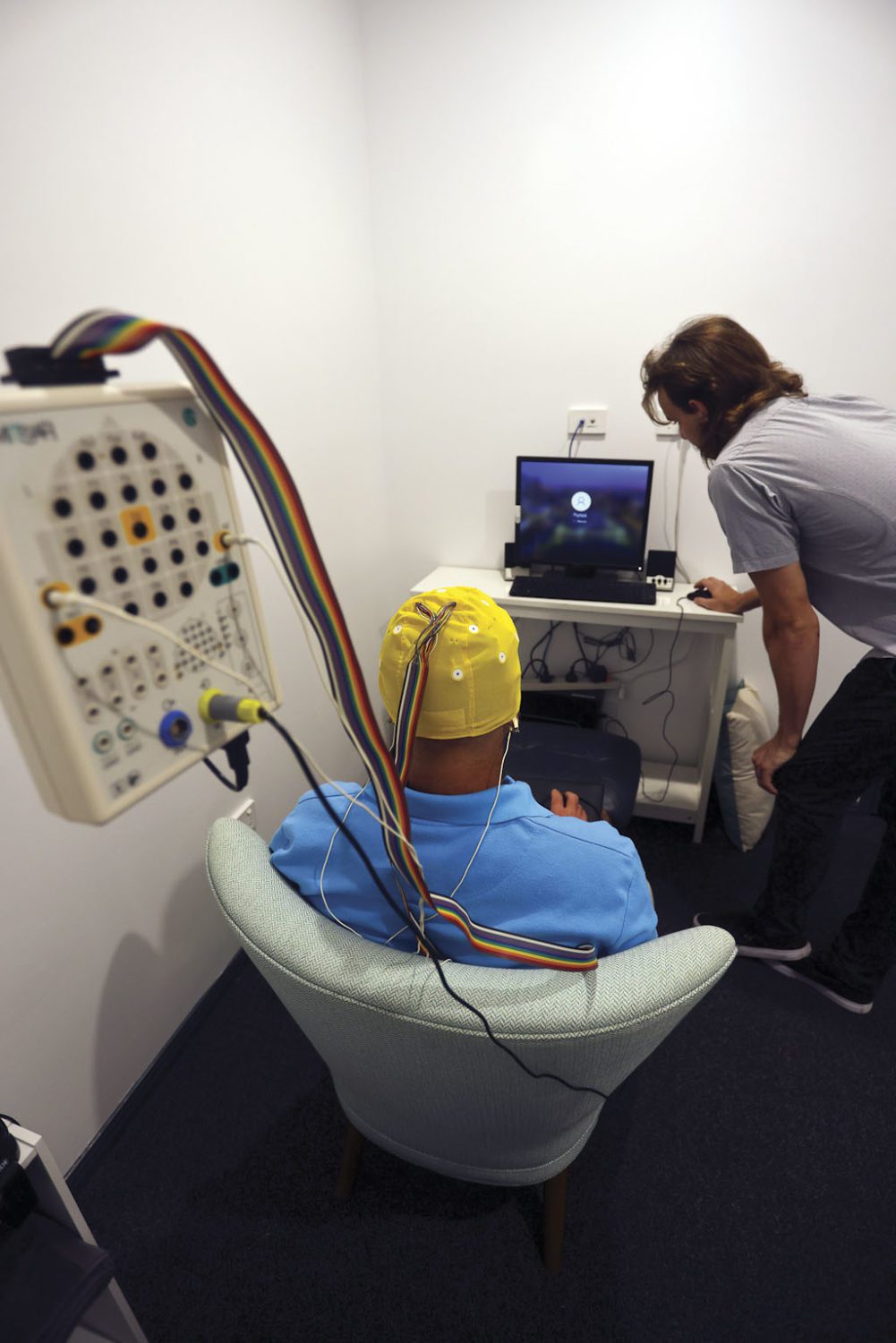 “We attach sensors to the client to measure their brainwaves,” he says.

“The computer has certain corrective settings for that individual and whenever they’re meeting those settings, the picture on the screen will become full and engaging. If they’re not meeting that criteria, whatever they’re watching will shrink and prompt the person to correct it. The brain wants to see the movie and it soon learns to self correct, producing more effective brainwaves for better performance.

“It’s just the brain wanting to see what it likes. It’s not a conscious process. The brain knows what it wants and it will correct over time to be able to produce the brain pattern to get what it wants.” 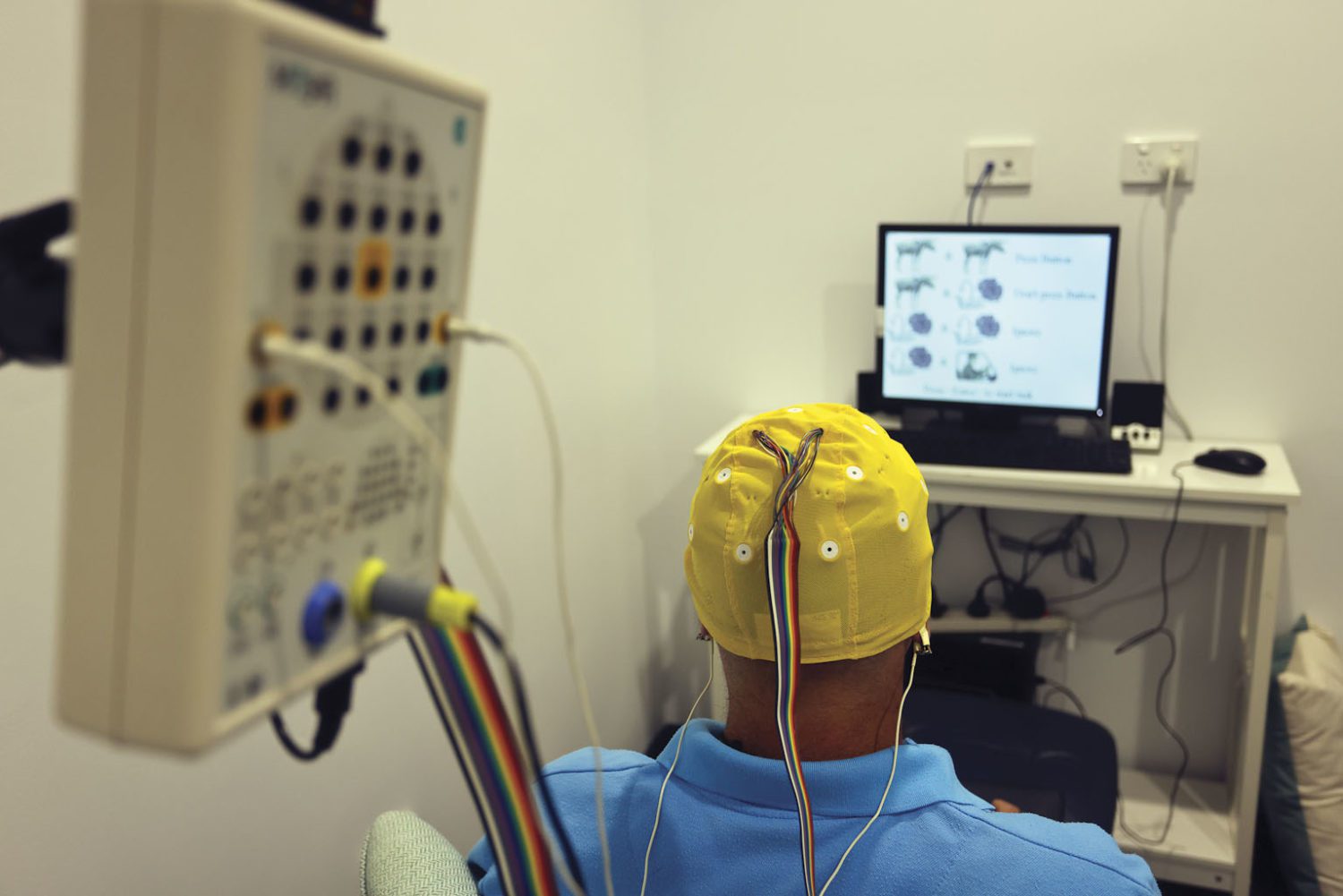 The Brain Care’s team of highly-qualified practitioners consults regularly and widely with a network of international colleagues to find the best solutions for its clients. With the knowledge that no two brains are the same, all new clients are given a comprehensive assessment to provide a personalised treatment plan tailored to their unique circumstances.

“Basically, we identify the brain patterns of an individual – what the brain’s actually doing rather than, say, an MRI which might just identify deficits,” Paul explains.

“We take measurements of how fast or powerful the brainwaves are and how that relates to a normative data base. We determine what the (brain’s) strengths might be, what the deficits might be and then collaborate with our international experts to find out what protocol or treatment might be best for that person.” 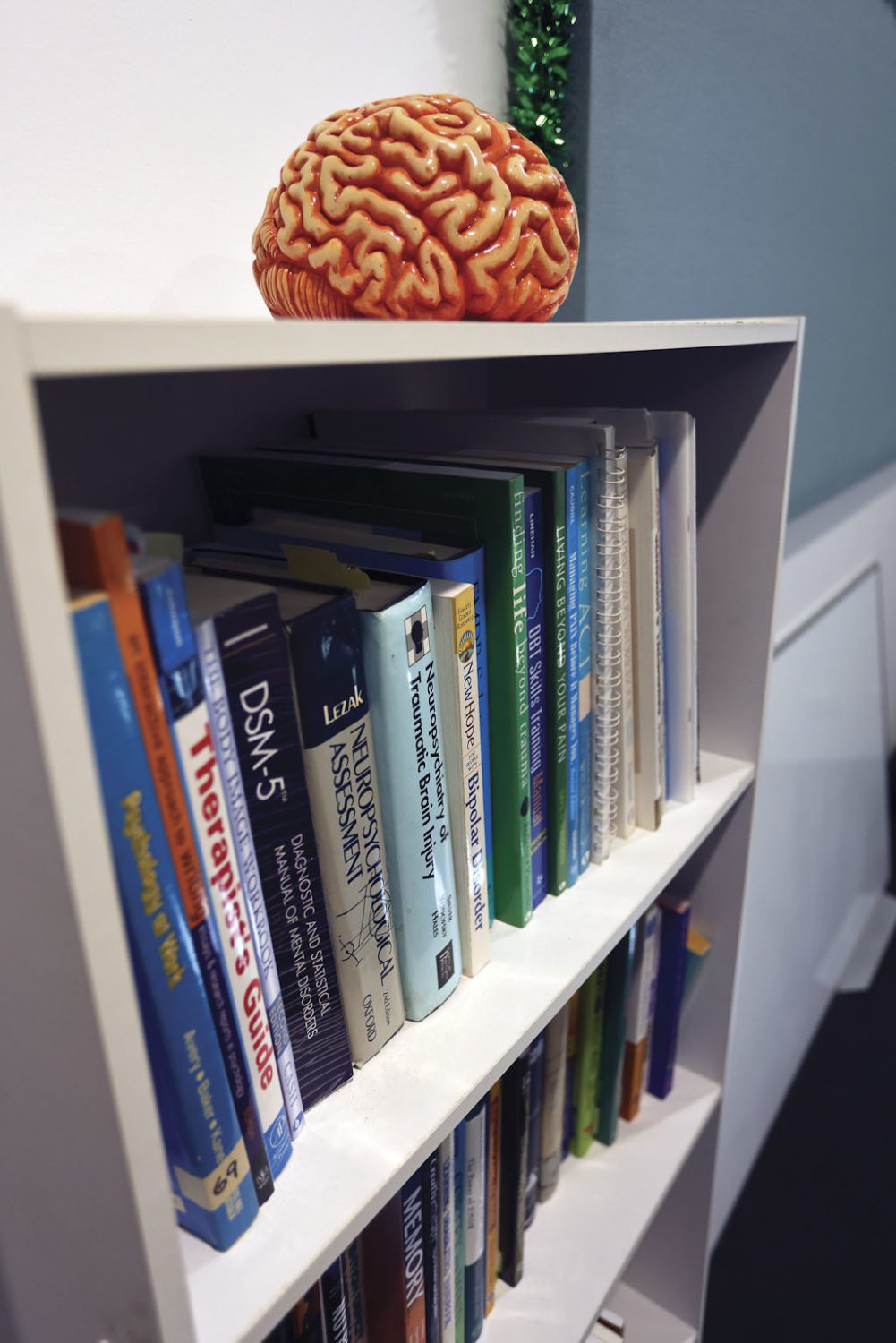 As well as EEG biofeedback, Brain Care utilises a range of therapies to assist patients, which you can read more about on the company’s website www.braincare.com.au

Over the years, Brain Care has helped hundreds of patients from across Australia live a better life with vastly improved brain function.

“Many of our clients say it’s been life-changing,” Paul says.

They include David, who is now transitioning out of chiropractic to start his own online conscious transformation consultancy, a step he says he could never have taken without EEG biofeedback.

“Nothing could happen, there was no vision and no structure,” he says. “Brain Care has been life-changing for me, in ways I couldn’t even have imagined.” 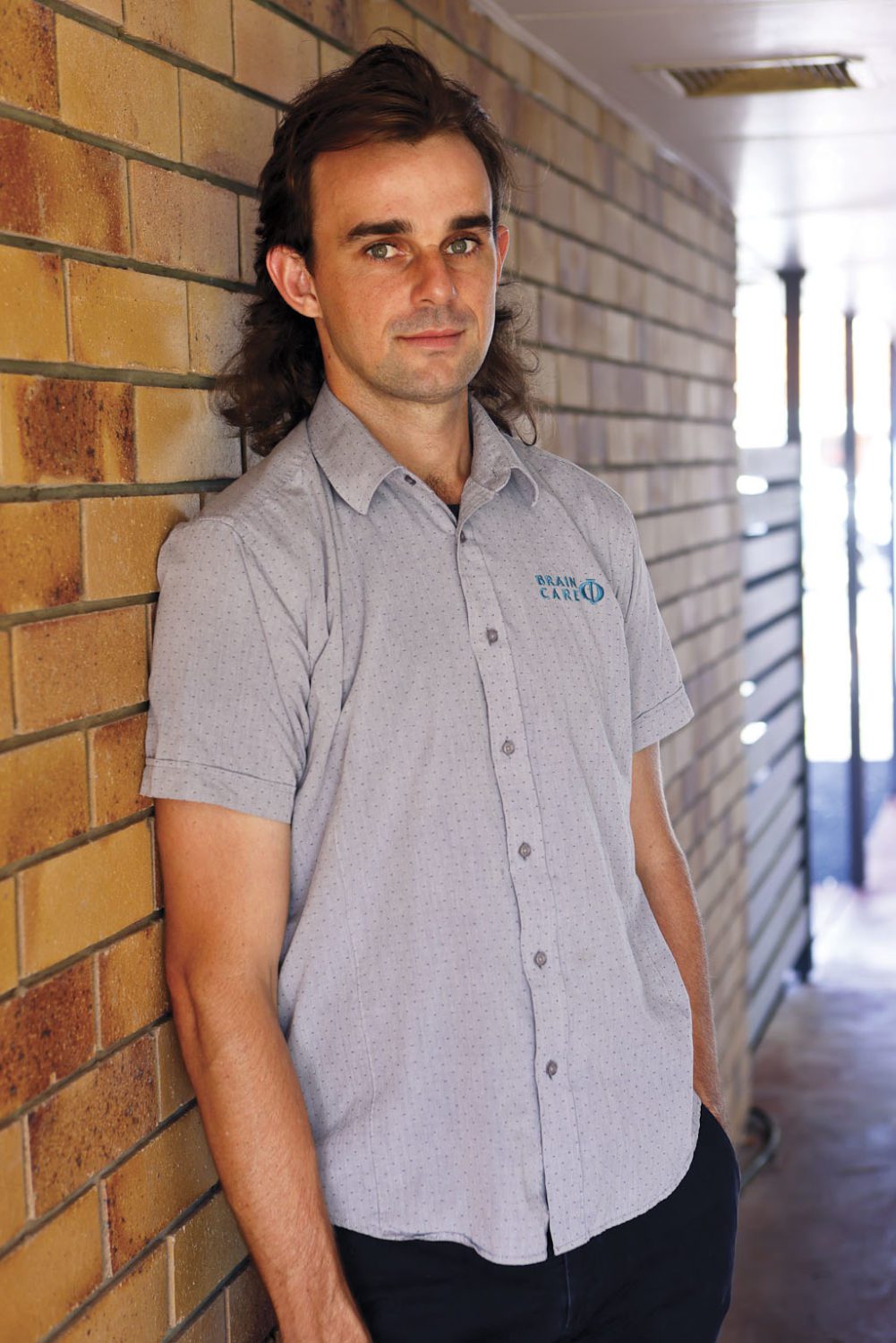 Brain Care’s services can be claimable on income tax for personal development. Speak to your accountant.