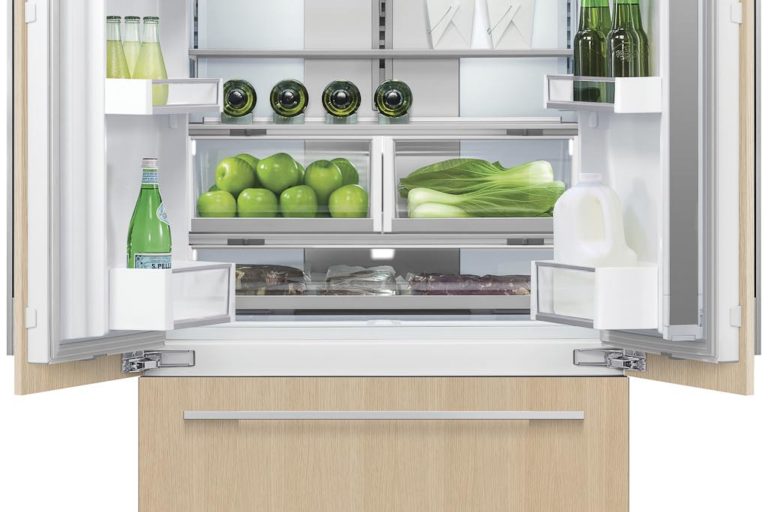 ‘Integrated’ is the new buzzword in modern kitchen design as more and more homeowners embrace the sleek, smart, and seamless aesthetic of hidden appliances.

Whereas stainless steel was once all the rage, today’s increasingly discerning homeowners are demanding a new level of sophistication when it comes to their kitchen.

“The kitchen is arguably the most important room in the house — the one in which they will spend a significant amount of time cooking and entertaining with family and friends — so they want it to look and feel fabulous,” Richard Hughes, general manager of Harvey Norman Commercial at Stapylton, says.

“Having been in the industry for 25 years, I’ve been across all the latest trends, and integrated appliances are definitely on point now when it comes to kitchen design.

“We’ve seen a big increase in the past five years in the number of new home-buyers and renovators choosing to install integrated refrigerators, dishwashers, and range-hoods, because the look is just so much more modern and stylish.”

Traditionally, Richard says, integrated fridges have been mainly European designs, which are narrower and may come with door hinges that are not sufficiently sturdy to bear the weight of heavy cabinet doors.

But he says new models by the likes of Fisher & Paykel are wider, family-sized fridges with French doors and strong hinges that are perfect for integrating into cabinetry.

“The other advantage is that with most of the Fisher & Paykel range, for example, the fridges slide straight into the cabinetry completely flush,” Richard says.

“You don’t need to have space around the fridge, because all the ventilation is in the bottom, so it just makes it an even more seamless build and look.”

As well as the streamlined appearance, integrated fridges also have practical benefits, according to Richard.

“Stainless steel appliances can show rust, fingerprints, and dirt marks — you don’t have that problem with cabinets,” he says.

“There has been a definite shift away from stainless to integrated appliances.”

Richard says the price of integrated fridges has also come down significantly.

“The price is a lot more affordable and in fact is now very close to the cost of the stainless steel version,” he says.

“An important point to keep in mind is that integrated fridges need to be specified in the design of a new or renovated kitchen.

“It can’t be an afterthought. At Harvey Norman Commercial, we work closely with architects, designers, and home-builders to include integrated fridges as part of the overall new home build or renovation.”