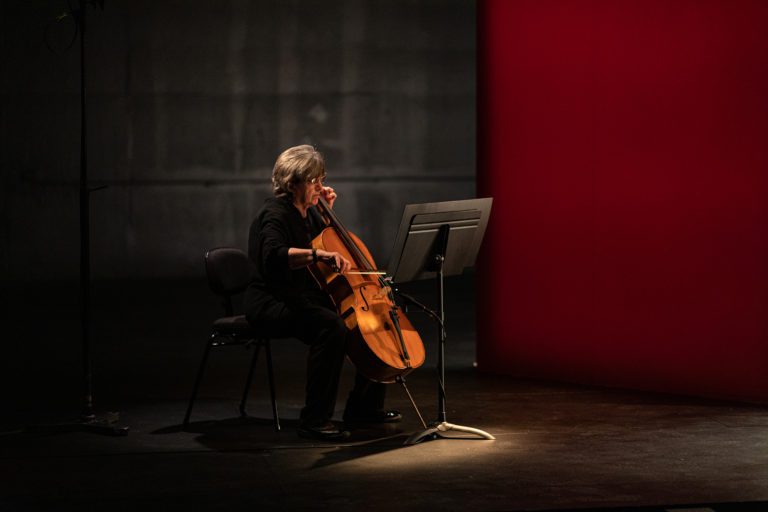 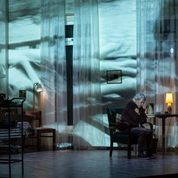 A German Life by Christopher Hampton based on transcripts of interviews with Brunhilde Pomsel.

Theatrical powerhouse Robyn Nevin’s national tour of A German Life is not so much a stage run as a lap of honour.
The 78-year-old actress brings to life one of history’s pawns as 100-plus, Brunhilde Pomsel, who has a footnote in the 20th century as one of four secretaries to Nazi propaganda supremo Joseph Goebbels. 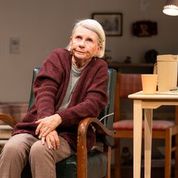 The 90-minute one-woman show – presented as a largely matter-of-fact monolgue – was adapted for the stage from 30 hours of filmed interviews by English playwright Christopher Hampton.
Apart from a lone cello, beautiful played by Catherine Finnis, occasionally performing a Alan John soundscape and period newsreel footage projected onto the set, the stage belongs to Nevin.
Pomsel – who died in 2017 at the age of 106 – gave her testament when she was living in a German nursing home aged 102.

She had a long and, seemingly, lonely life, but the heart of her story lies in her relationship with the Nazi regime and questions surrounding her compliance.
In the play Pomsel insists she had nothing more than good shorthand and was no more than a lackey, who had no insight into the Nazi atrocities.

But there are some clues as to her compliance as she became a Nazi Party member in 1933, and witnessed Goebbels ability to transform from a mild-mannered aloof boss into a whirlwind of tyrannical mania on the public platform.

While she concedes evil exists, Pomsel argues that the vast majority of ordinary Germans, including herself, were simply stupid enough to ‘fall for the kind of nonsense we fell for.
The only time in the play when she shows real intense emotion is when she recalls now Goebbels, and his wife, killed their six children before taking their own lives.

Ironically Pomsel fell pregnant to a philandering Jew before the war, but had an abortion and never married.
Apart from her lover – who dropped dead before the Nazi machine could quash him – Pomsel counted Jews among her friends and work colleagues.

She concluded with an observation that people will never be stupid enough to fall for such nonsense again.

A German Life is a John Frost and Adelaide Festival co-production, which has been directed by Neil Armfield, and features a simple nursing home room set designed by Dale Ferguson.