The rise and rise of women’s sport 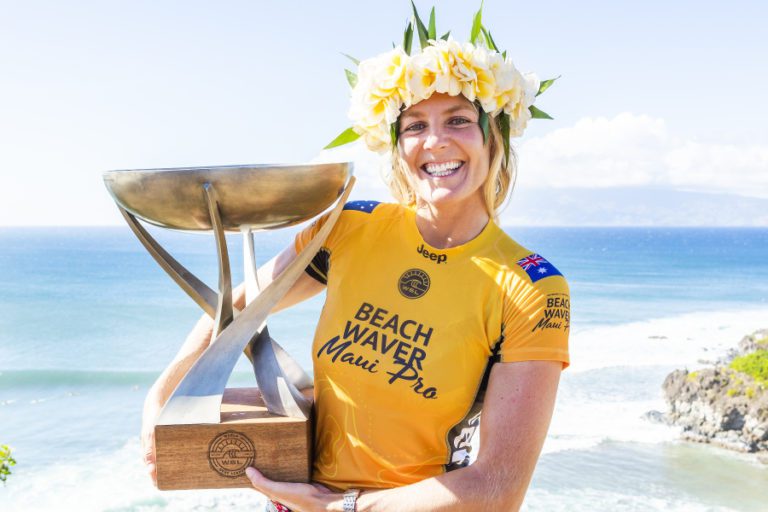 Interest in female sport is at an all-time high, participation is on the rise and brands across the nation are waking to its potential. With abundant modern facilities, a growing population and a health-conscious community, the Gold Coast is perfectly positioned to become the destination city for women’s sport. But a collective effort is needed – and that’s why Sports Gold Coast is bringing local businesses together to drive the vision of making the Gold Coast Australia’s home of women’s sport. 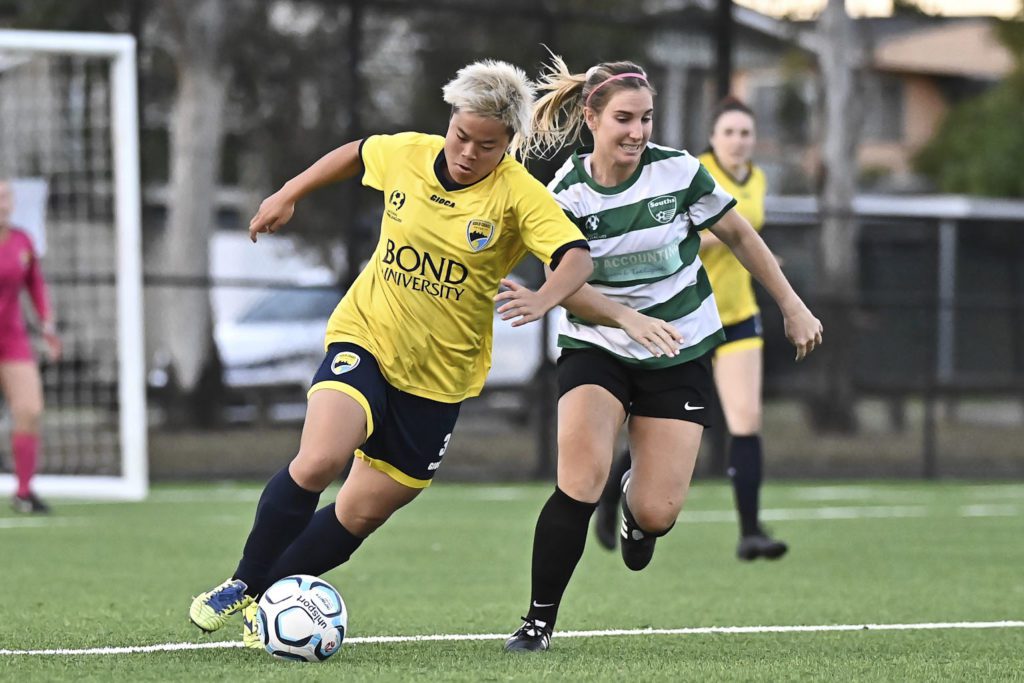 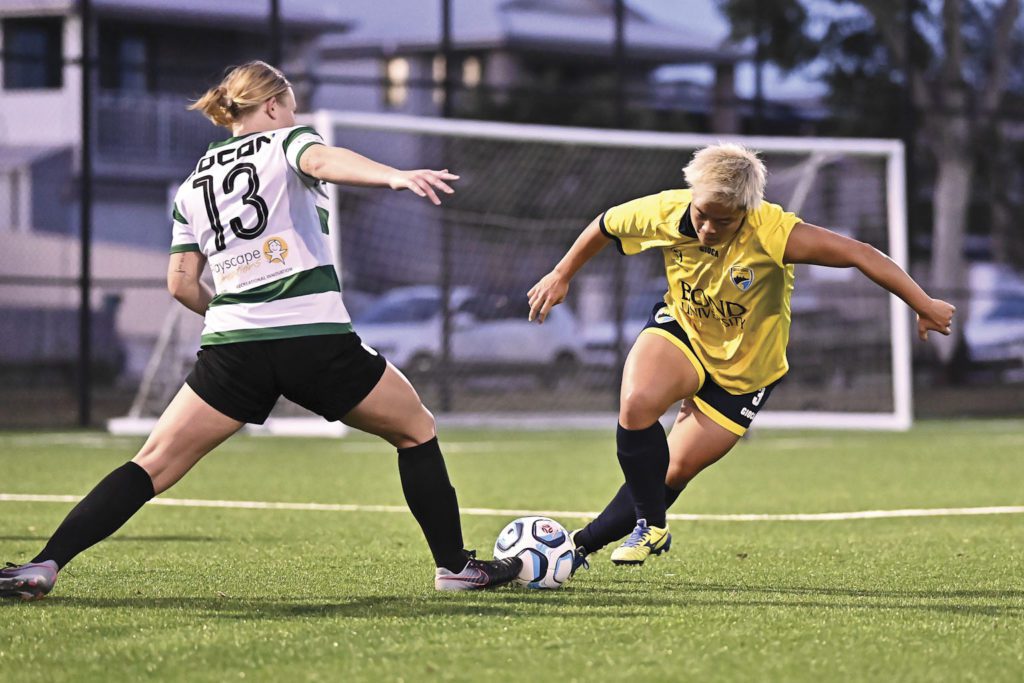 After identifying a real need for a more cohesive approach to the city’s sport plan, Geoff corralled some of the Coast’s more mobilised businesspeople and formed Sports Gold Coast (SGC), a not-for-profit body that has grasped the challenge of bringing key players in key sectors to the same table. Their goal, and raison d’etre, is to help shape the city’s sporting future, and along with it, the economic and social extravaganza it can deliver. 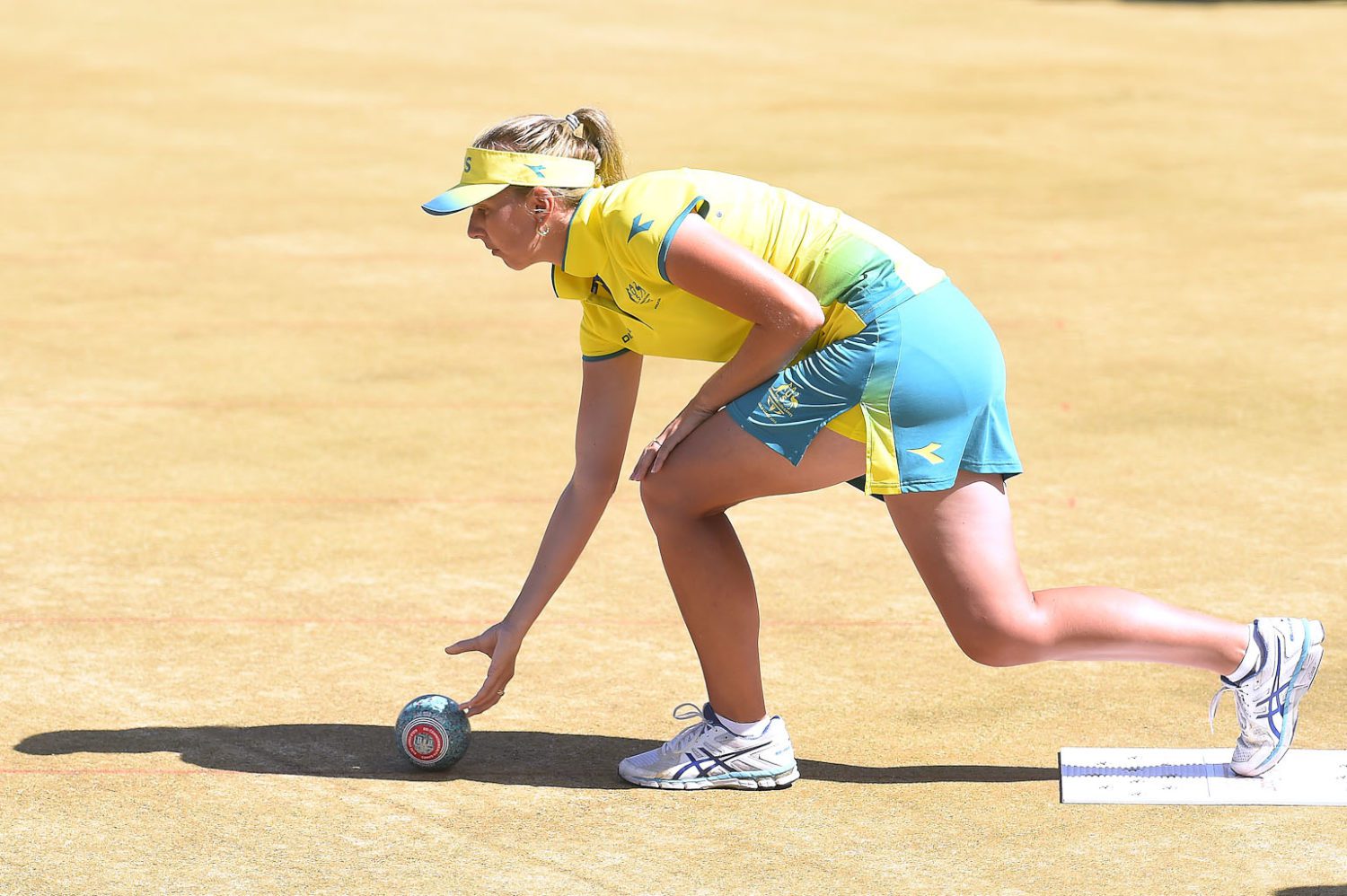 Among the immediate strategic objectives for SGC is to position the Gold Coast as the home of women’s sport – the city that athletes, teams and governing bodies across the nation think of when looking to launch new clubs, training bases or facilities. Ambitious, yes – but achievable if unity, strength of spirit and shared vision are the foundations.

Bringing the vision to life needs cohesion, so SGC collaborates with the Coast’s network of sporting bodies, governments, education providers and members of the business community. Each has a pivotal role to play in influencing the future of our city’s sporting culture, image and reputation. Together, they’re the critical mass.

Already in the business community, many have responded to the clarion call, contributing because they recognise that the future is now. Among them is Eddie Murillo, a long-time Gold Coast restaurateur and sports lover who owned and ran Ferry Road’s legendary Crazy Fish sushi bar for 10 years. He was a big supporter of the city’s professional teams, with the Titans, Suns, the Blaze and of course, Gold Coast United all frequent visitors to his popular eatery. After a short sabbatical from the food scene, Eddie has returned with Wabisabi, his swish new restaurant in Robina Town Centre Drive. 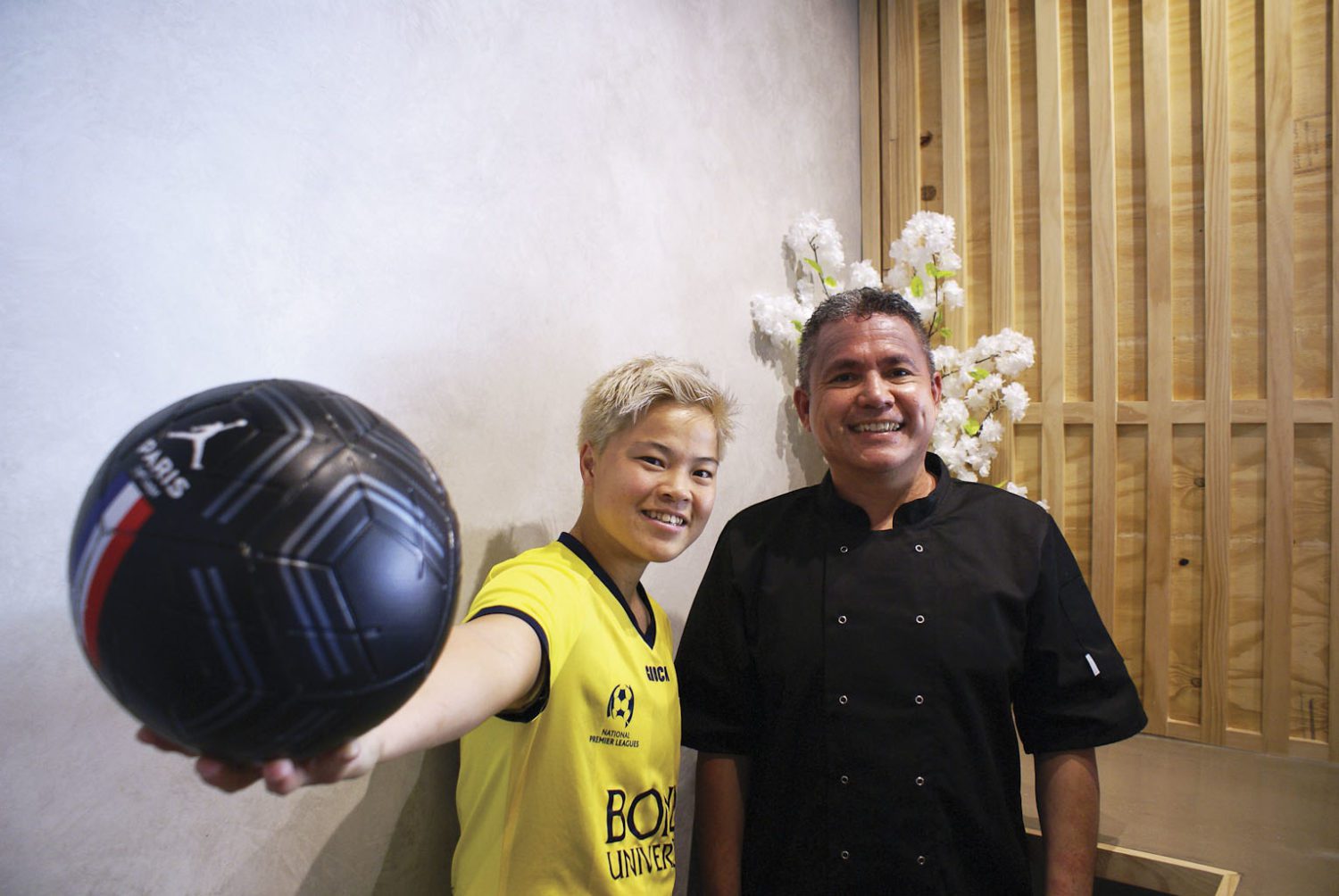 Wabisabi’s serene interior and soft illumination is the perfect backdrop for the sushi train and modern Japanese cuisine the restaurant specialises in. But even before Wabisabi opened its doors, Eddie stepped up to help female soccer player, Momo Hayashi, recruiting the Gold Coast United Women’s team star to his kitchen crew.

“I’ve known Geoff Smith for many years and when he asked me if I could help a young Japanese female footballer, I didn’t hesitate,” Eddie says. “There’s a lot of interest in women’s sport right now but if we want it to see growth, we have to play a part. When it comes to team sports – particularly the ones played predominantly by men – female players have always been left behind. By that, I mean lesser facilities, equipment and coaching. We must change that mentality if we want to see women’s sport reach its potential. But it needs funding.” 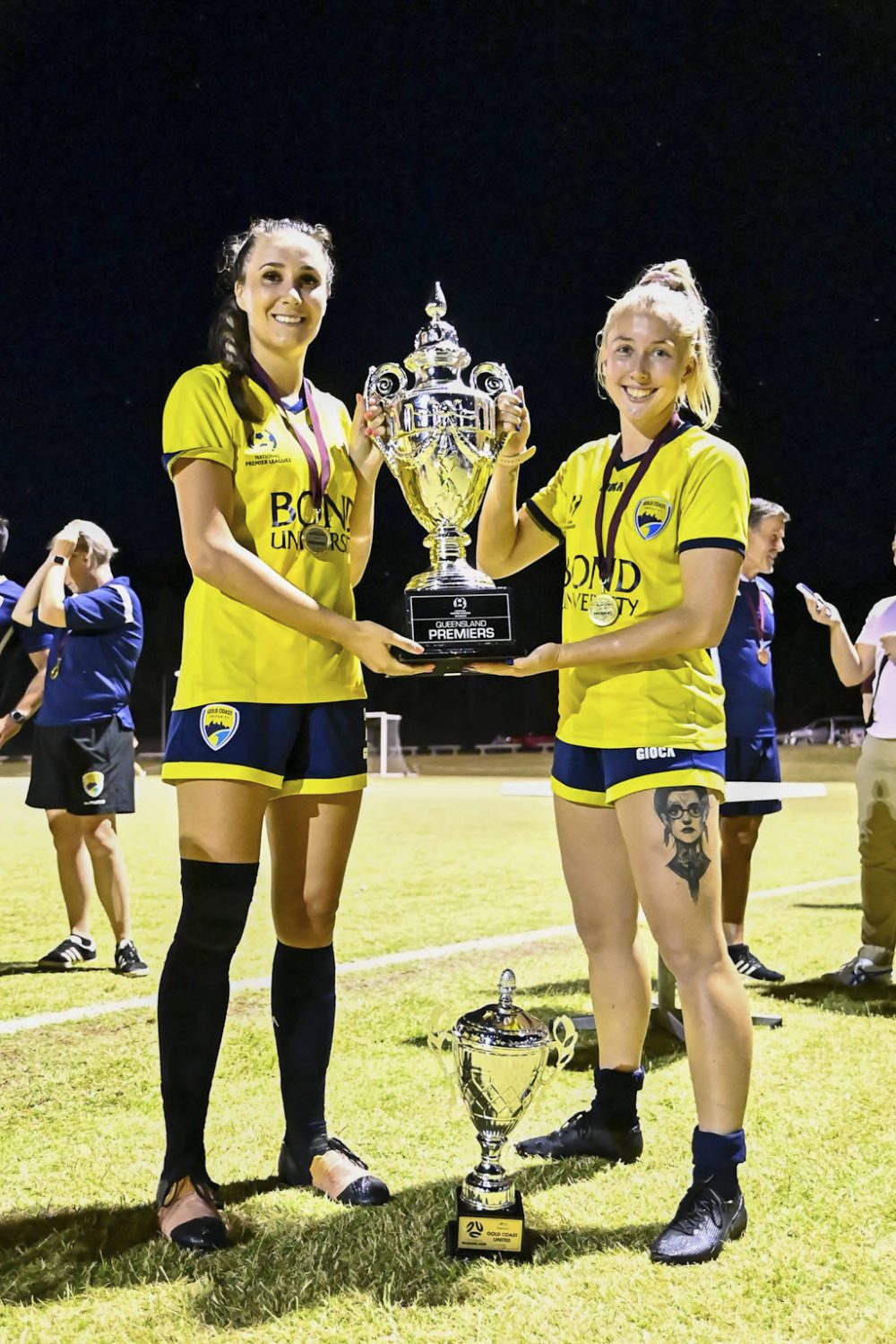 One of the critical sustainability pillars of any sport is the creation of a symbiotic relationship between elite and grassroots levels. High-profile events deliver exciting spectacles that inspire young people to adopt a sport, but it is the strength of participation at grassroots level that underpins long-term success. Funding is an issue for most community sports, but as Eddie explains, investing in local clubs or players delivers more than just the satisfaction of contributing to a legacy. There are business rewards, too.

“Of course, I enjoy professional sport and all it offers, but we must never forget that it’s grassroots sport that helps build our community togetherness and lays foundations for the future,” he says. “Plus, from a business perspective, it makes sense. The people and clubs we’ve supported have always returned the gesture. It’s a win-win situation and creates a great network of associates, friends and customers. 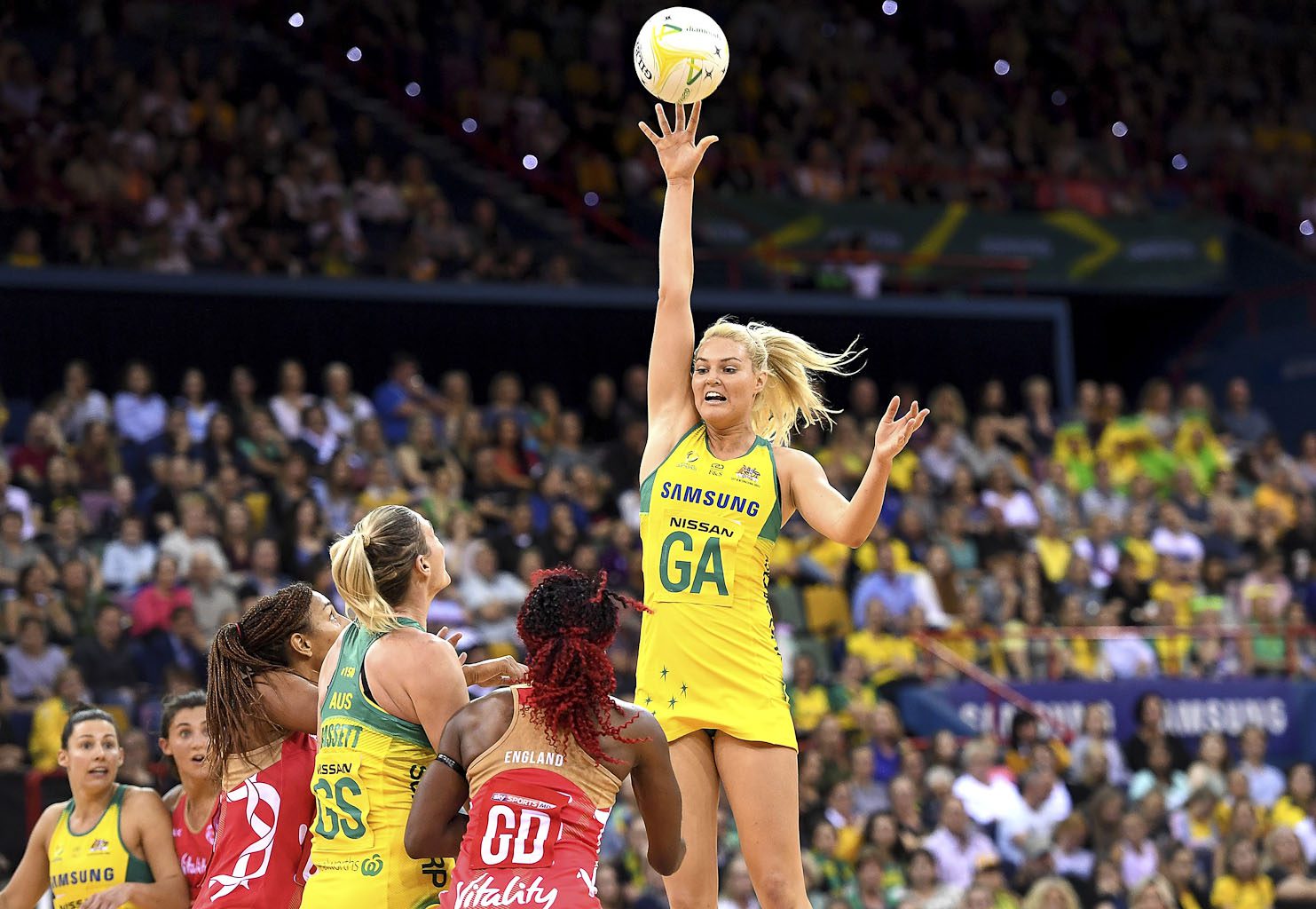 “I urge other small businesses to come forward and play a role in our city’s future. Everyone can contribute – whether that’s sponsoring a local team, an athlete or event. All sports need funding to grow.”

For Momo, Eddie’s intervention and accommodation of her training commitments means she is able to continue her development while generating an income. And income is important, especially as the women’s semi-professional pay is around 25 per cent of what the men receive.

“Without people like Eddie, it would be so much harder to continue to play sport at a good level. To improve I have to train, but to live I have to work. It’s a balance and not every employer is as understanding and supportive as Eddie and Wabisabi,” Momo says.

Another local business ready to lead the charge for change is Southport-based general practice Her Medical. Recently launched by Dr Donna Tanchev, Her Medical is a medical centre designed specifically for the needs of women. 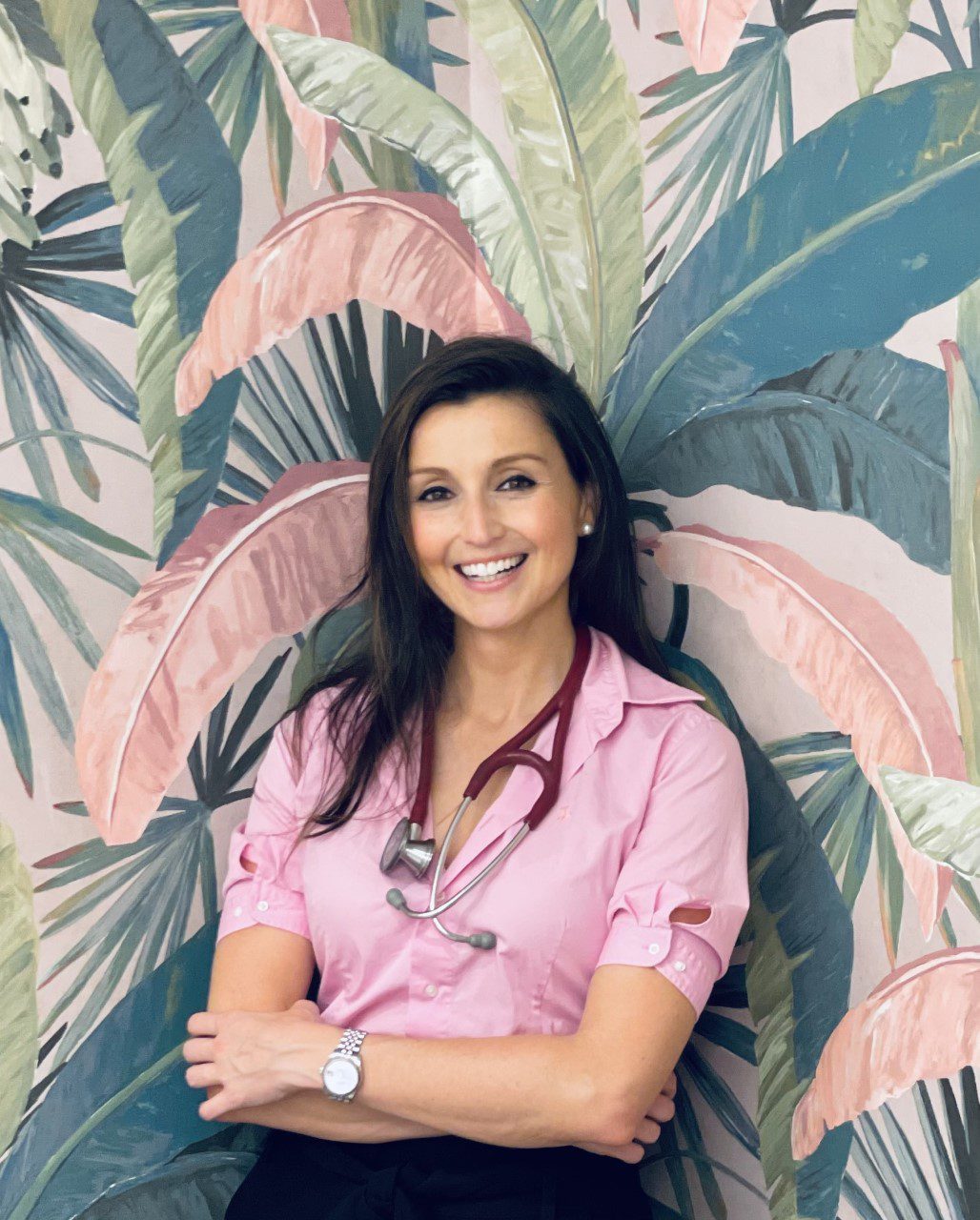 After spending seven years at a women’s health practice, Donna – who completed her medical degree at Bond Uni – decided to bring her long-held vision to life. And now, with the help of her brother, Dennis, the unmistakable pink building on the corner of Yacht Street and Ferry Road is the go-to medical practice for thousands of Gold Coast women.

“I’d had this idea for many years of building a medical centre specifically for women,” Donna says. “A place where women’s health matters are at the core of the practice – and that’s what we’ve established with Her Medical.” 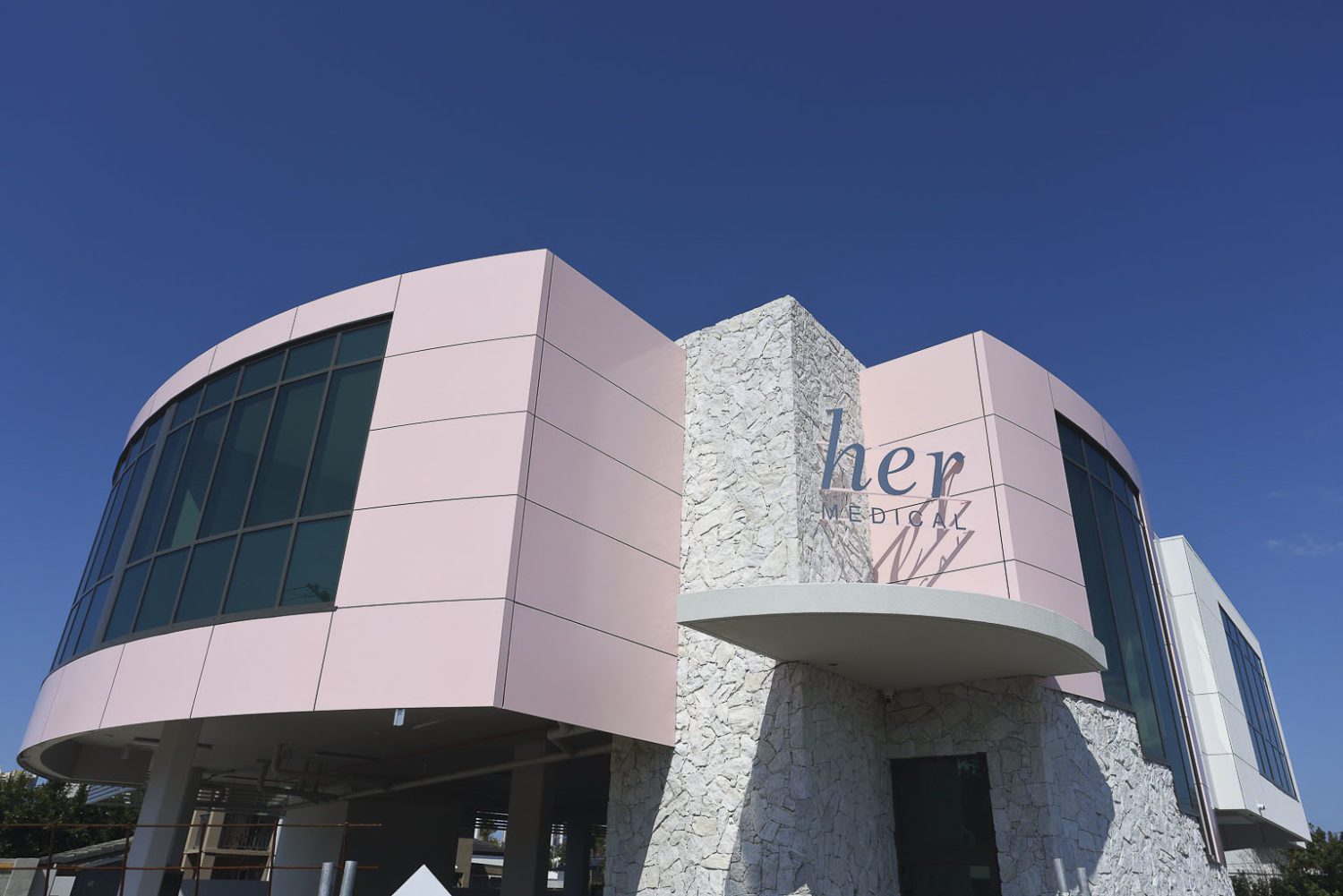 Sports-lover Donna has several elite athletes in her cohort of patients. It was these interests, coupled with a desire to drive equality of opportunity for women, that led to the collaboration with Sports Gold Coast.

“I’m a big sports fan – I love netball, soccer, tennis; l loved watching the Olympics and can’t wait for us to have it in our own backyard in 2032,” she says. “It’s what this place is all about. We feel Sports Gold Coast is something we can really get behind and our aim is to contribute as much as we can to develop and grow women’s sport here. I want to see equality, but to achieve that we need more funding. Small to medium-sized businesses can contribute a lot in many ways, but we also need the big brands to get behind female sports and help us promote it.

“I don’t think there’s a difference in the depth of the male and female talent pools. I think it’s more to do with the quality of the opportunities presented to women. To make women’s sport attractive to big brands we have to support it, so my message to women, and men, is

‘show up’. Everyone can do something to contribute.”

To SGC Director, Foundation member and leading Gold Coast businessman Garry Goodman, giving back comes naturally. A lifelong sports fan, Garry is as generous with his financial support as he is with his time and energy. But he’s not in it for the plaudits, preferring to go about his business free of fanfare. Having invested so heavily in the futures of others, history is sure to be Garry’s reward. 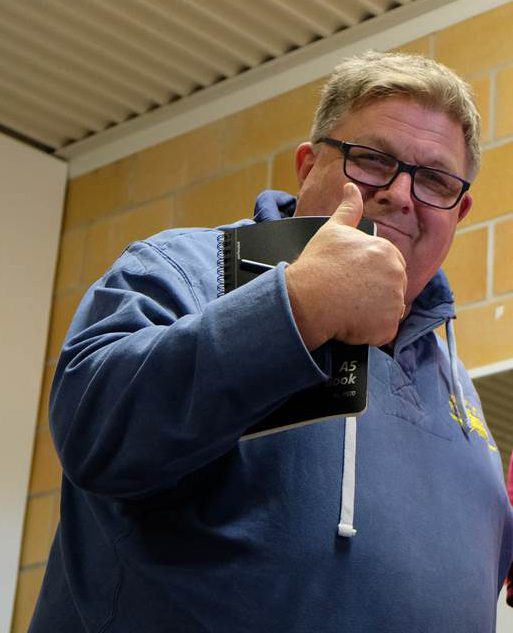 Garry has been the founder and managing director of his company, Eximm, which was established over 25 years ago and now has over 250 employees. Despite the considerable number of hours required to run a major, multifaceted property services company, he still makes time to promote SGC and coach the Broadbeach Women’s AFL team.

“It’s a reality that we have a way to go before media rights revenues and big brand sponsorships underpin women’s sport and drive parity in wages,” he says. “That’s why business has to play a lead role here on the Coast to provide financial support and flexible workplaces so women can become professional athletes faster than they are now. The more full-time female sportspeople we have, the better the sporting spectacle they create. The corporate dollars will soon follow because its commercial value will then be proven. 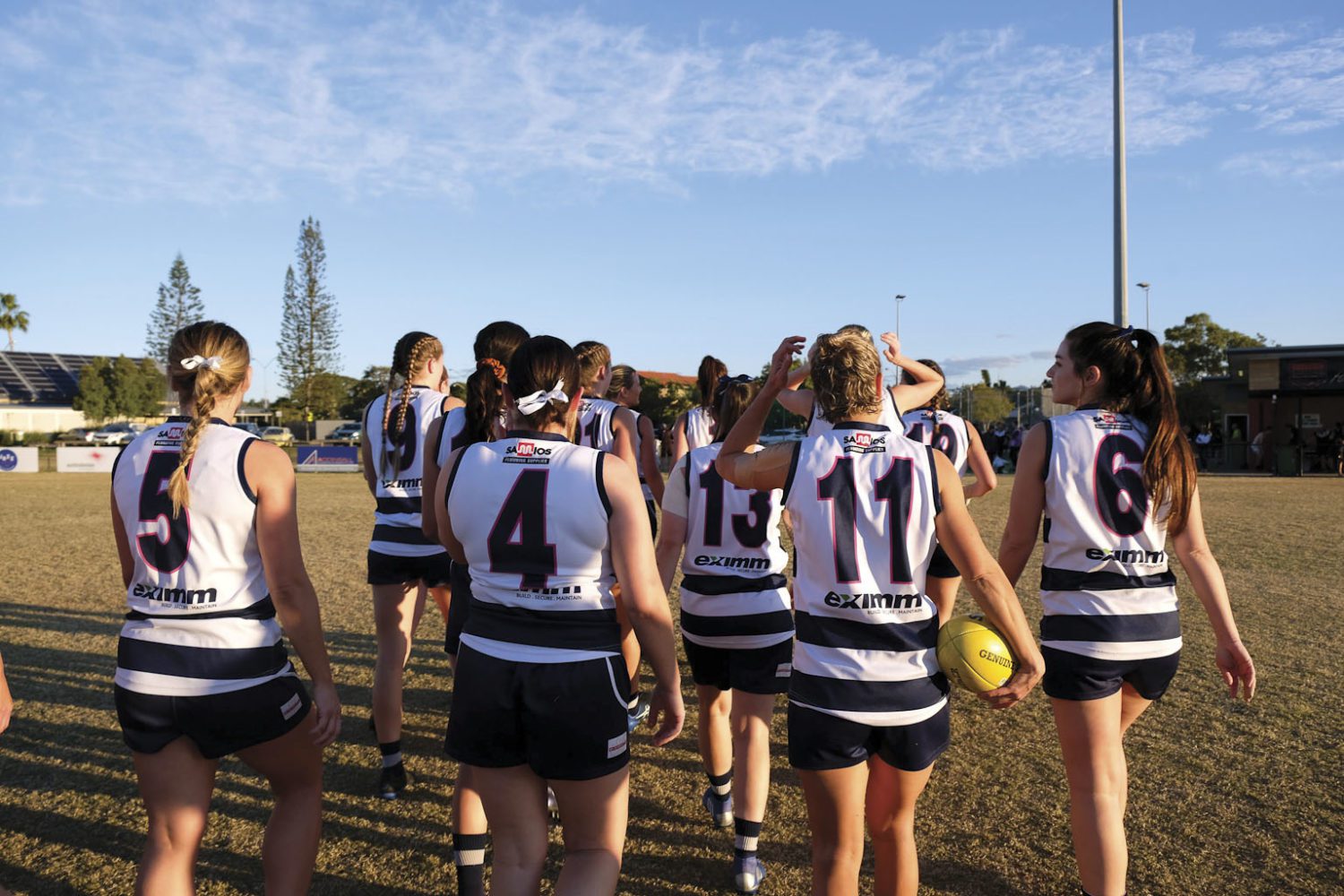 “Like every city, the Gold Coast needs a sense of identity and purpose. We have to be more parochial, more passionate about our local sport and celebrate the sporting heroes we create here. That’s where Sports Gold Coast can be a driving force. If we as business people can provide support and investment to create the environment for that to happen, there is no doubt in my mind the Gold Coast can become the flag-bearing city for women’s sport. 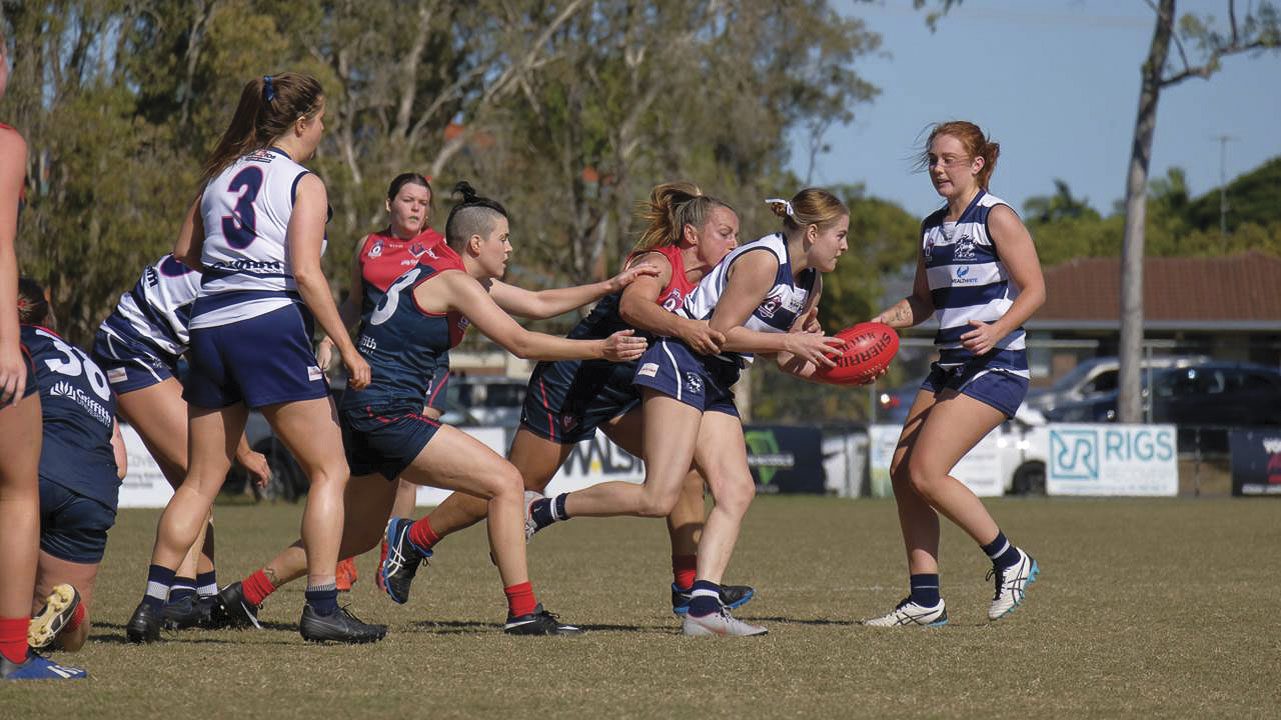 “The opportunity is in front of us. Now we have to champion it.”

To learn more about Sports Gold Coast and how you can get involved, email [email protected] 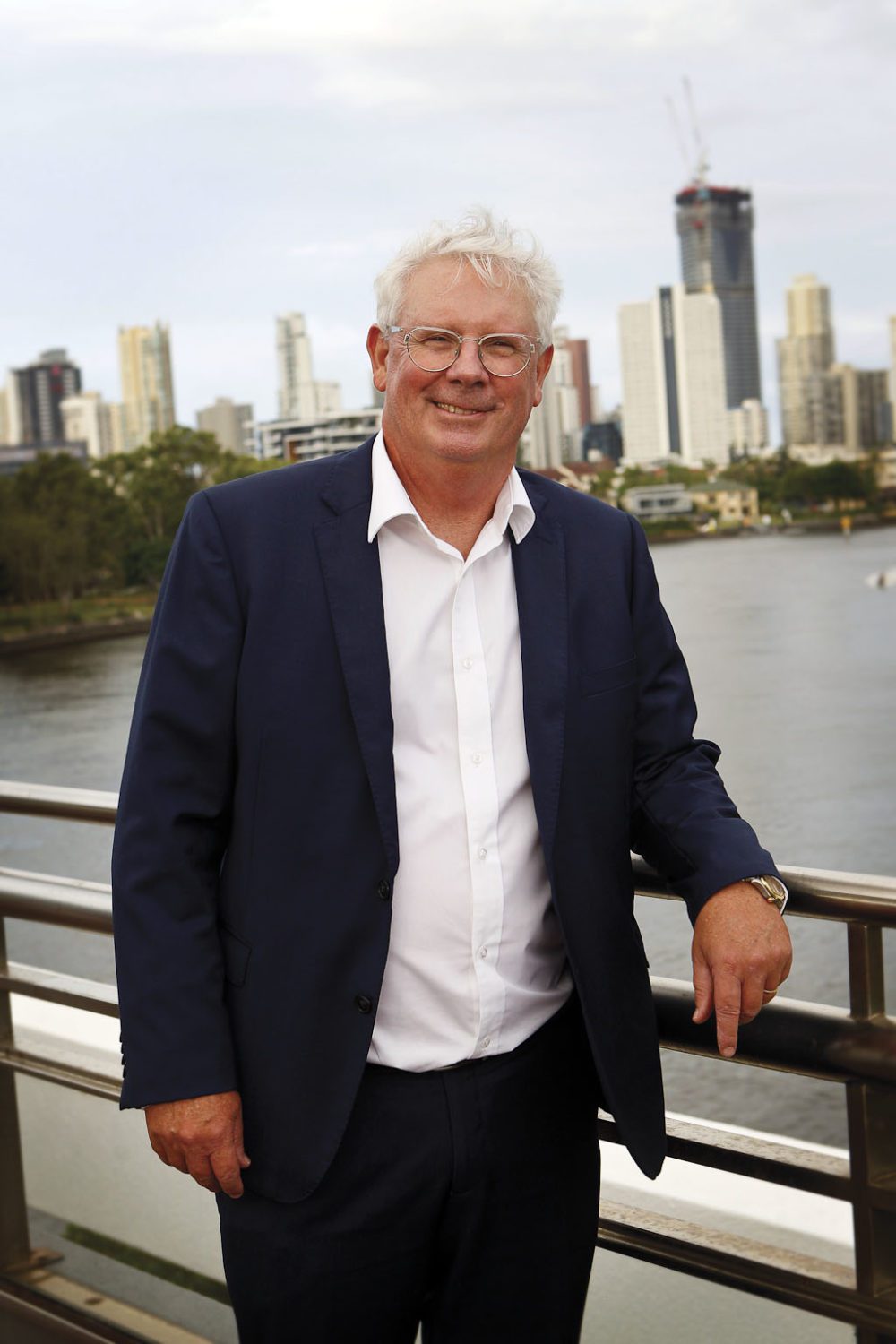