The Only Polo Event! 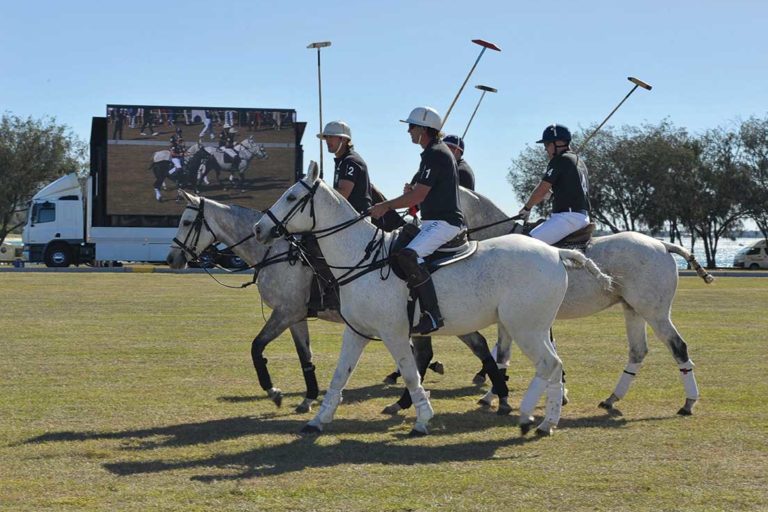 Ferrari Brisbane Polo by the Sea is set to gallop back to the Gold Coast, Saturday May 27, with all its glamour and sophistication.

In 2016, 2000 VIP corporates attended the sold out Ferrari Brisbane Polo by the Sea event at Doug Jennings Park on the Gold Coast, in perfect weather.

VIP’s arrived by helicopter, including cattle baron Brendan Menegazzo from Stanford Group, who played in the main game with Texan based player Bernie Uechtritz. The dashing polo players had the girls all a buzz in the VIP and corporate marquees throughout the day, and at the after party.

Ferrari Brisbane Polo by the Sea is one of the most elegant events held on the Gold Coast. Queensland polo enthusiasts are always stylish and elegant, and a comment overheard on the sidelines was, “that they had never seen so many beautiful women in one location”. 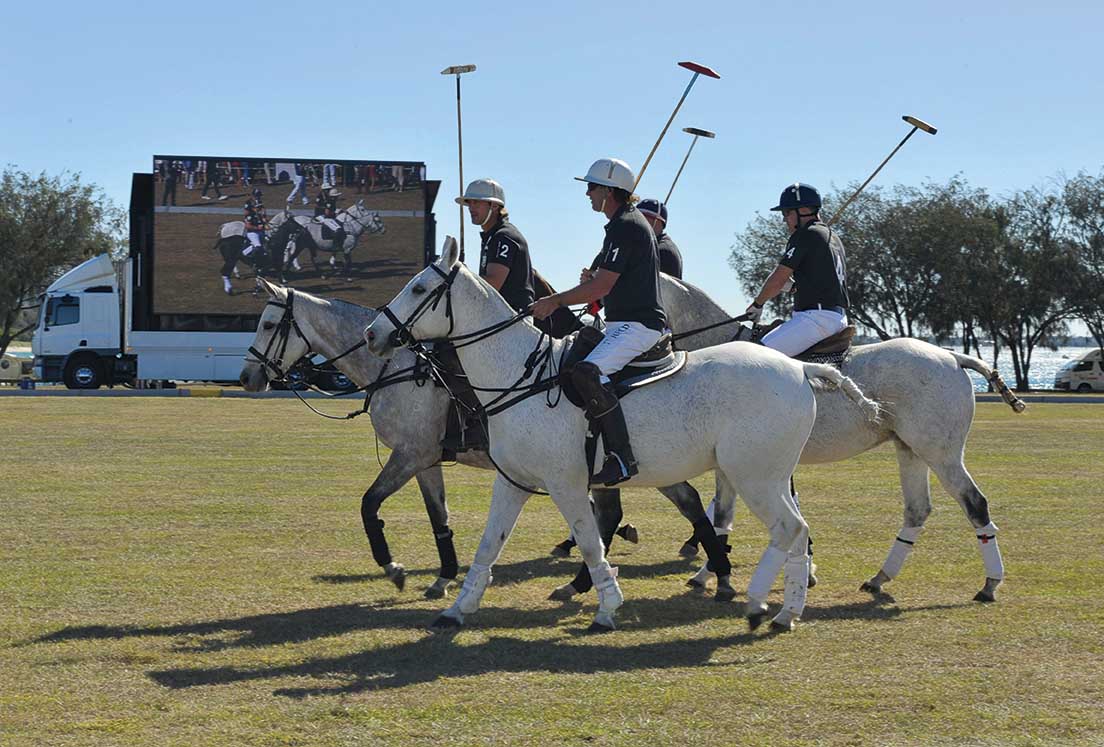 The highlight, that had everyone clapping and in tears during the thrills and spills of the polo action, was polo player Andrew Fraser-Scott’s wedding proposal to his sweetheart Jessica Bamford during the match.

As the event returns this year, the entertainment on (and off) the field will be non-stop from 11.30am through to 5.30pm. Iconic polo field divot stomps between the games will set the scene for beautiful people to mingle and celebrate polo tradition, while the Sea FM men and women’s dash will provide fun and frivolity. Fashion on the Field will again deliver glamour, and of course the dashing polo players and super athletic ponies will complete the continuous array of variety and entertainment at Ferrari Brisbane Polo by the Sea.

Corporate Marquee sales have more than tripled compared to the same time last year, as this wonderful event provides a corporate and social platform that is unique, incredibly successful, and cannot be duplicated on the Gold Coast.  Corporate guests, such as those entertained by corporate newcomer Bond University, will pack the colorful private marquees lining the polo field, flanking the highly desired, exclusive and ‘invite-only’ VIP Marquee in the central position on the half way line. 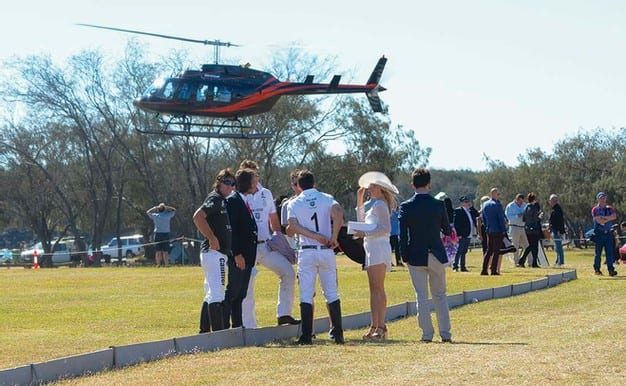 The VIP Marquee has hosted such political and social heavy weights as Federal Minister for Trade, Steven Ciobo and his stunning wife Astra, John Paul and Stacey Langbroek, Mayor Tom Tate and his wife Ruth, His Highness the Maharajah Raghav Raj Singh Shivrati of Udaipur and his royal entourage.

If you are looking for a more casual and fun experience, you can’t go past the Polo Lounge, where, in between chukkers, you will revel among other enthusiastic polo fans, to the tune of a DJ. These tickets go fast and are now available at Ticketek.

Regardless of what hospitality marquee you find yourself in, ensure that you don’t miss out the highly anticipated after party at The Star Gold Coast, with shuttle buses running directly to the casino.

Over $2million+ dollars worth of Ferraris will go on show for guests to drool over, including the Ferrari 488 GTS Spider which was used to drive down the sideline and throw the ball in to start the match.

“We very much look forward to returning to the glamorous Gold Coast on Saturday 27 May in 2017. This is our fourth year on the Gold Coast, and it is always the most fun,” said Janek Gazecki, founder of Urban Polo.  Ferrari Brisbane Polo by the Sea is part of the national Urban Polo series, which enters its 12th year, and constitutes the largest and most successful polo series in the world. 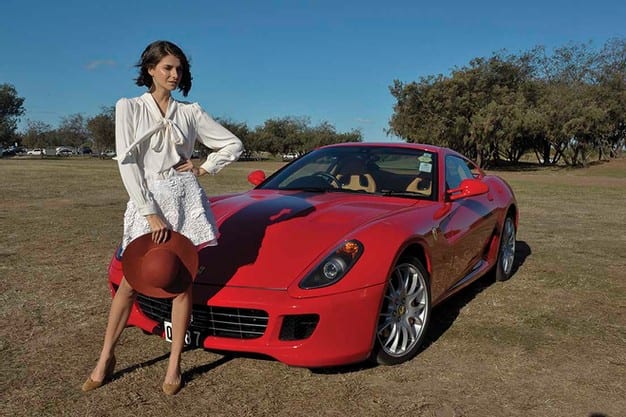