The Fight To Save Koalas 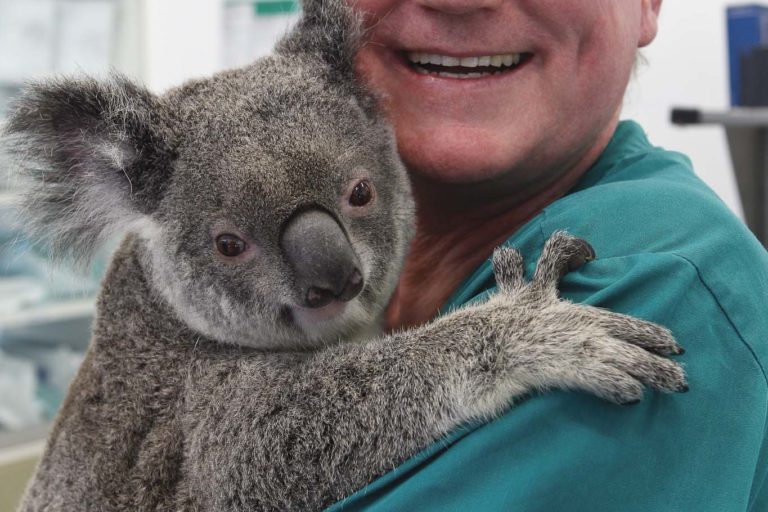 A devastating disease is sweeping through Queensland’s koala population – chlamydia. The committed team at Currumbin Wildlife Sanctuary is doing amazing work treating koalas in need. ORM headed to the Sanctuary to find out more… 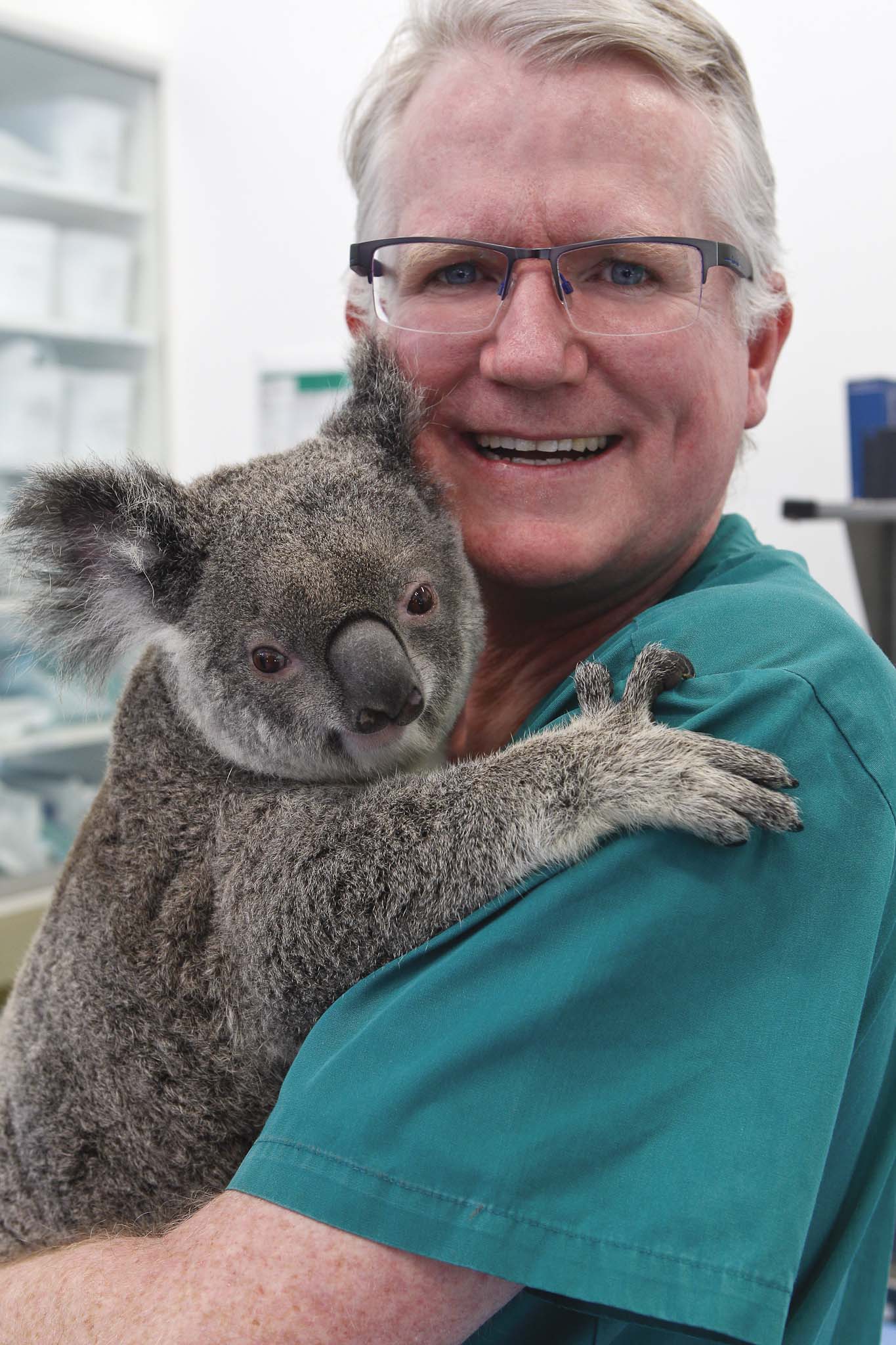 The Currumbin Wildlife Hospital turns 30 this year, which is partly why the hospital took centre stage at the recent Benefit Under the Stars fundraiser. 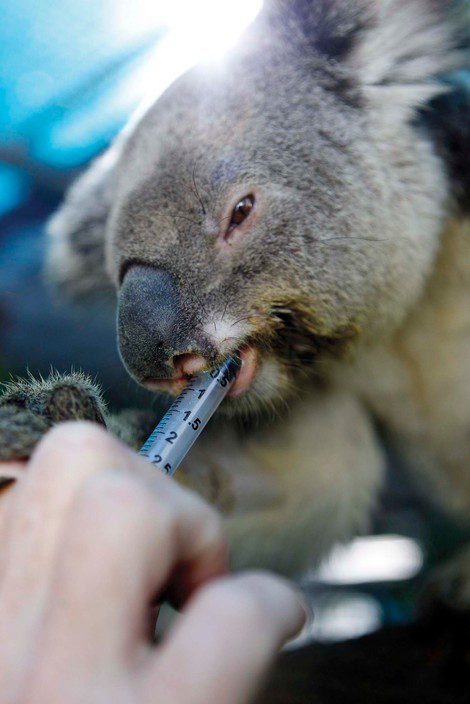 As any animal loving local will tell you – myself included – the hospital here at Currumbin does amazing work treating sick and injured wildlife. 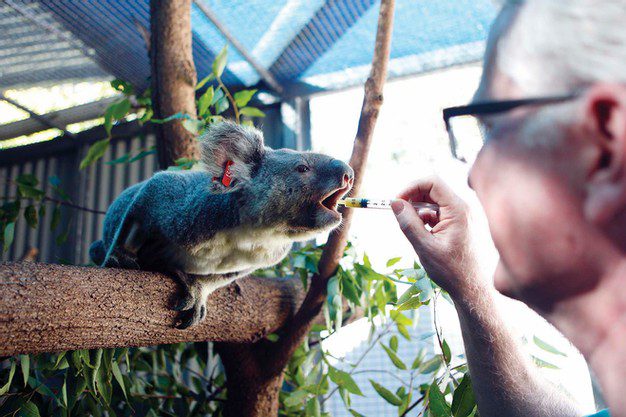 When ORM pop along to speak to Senior Vet and General Manager of the Currumbin Wildlife Hospital Foundation Dr Michael Pyne – who has been doing incredible work here since 2000 – there’s a sick kangaroo, black swan and several koalas receiving treatment. 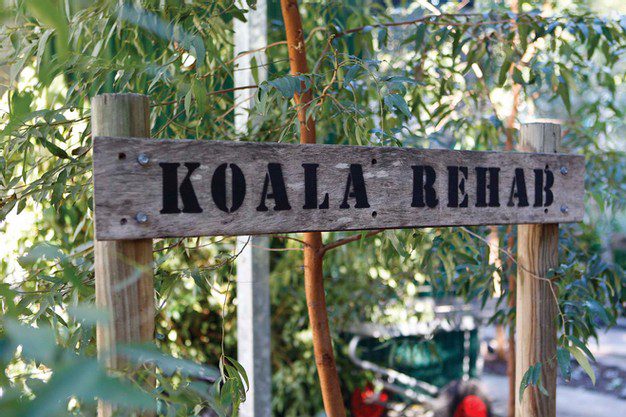 “Treating over 11,000 patients in the past 12 months has cost our Wildlife Hospital 1 million dollars,” he tells ORM before our very special guest Electra arrives. “The equipment we require to treat these animals is expensive, but it is essential in ensuring a quick recovery and improving the outcome for our patients. Around 75 to 80 per cent of all koalas that come into Currumbin test positive for chlamydia. This is a huge issue.” 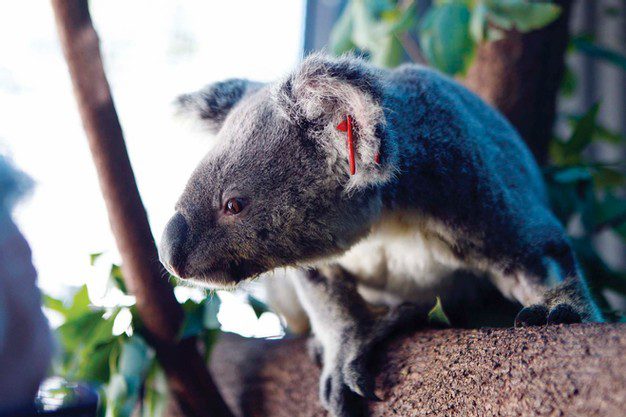 Dr Pyne and his dedicated team here are committed to helping precious Australian wildlife and he says koalas can be the most challenging.

“We’re all familiar with reading about koalas losing their natural habitat but the other really important crisis is chlamydia,” he says. 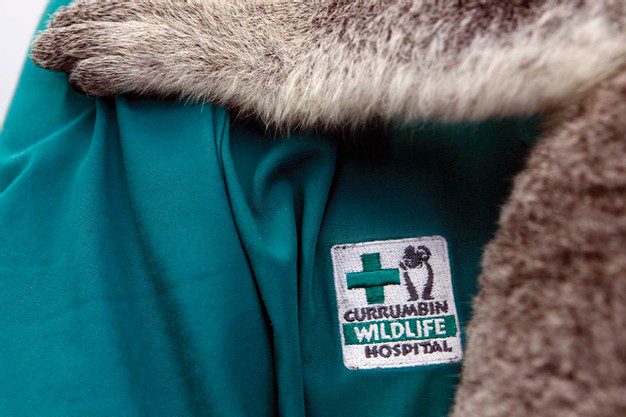 While the strain of chlamydia that infects koalas is different to the one that infects humans, it can be sexually transmitted in the same way. Genetic evidence suggests that the chlamydia bacteria is infecting koalas via transmission from livestock. 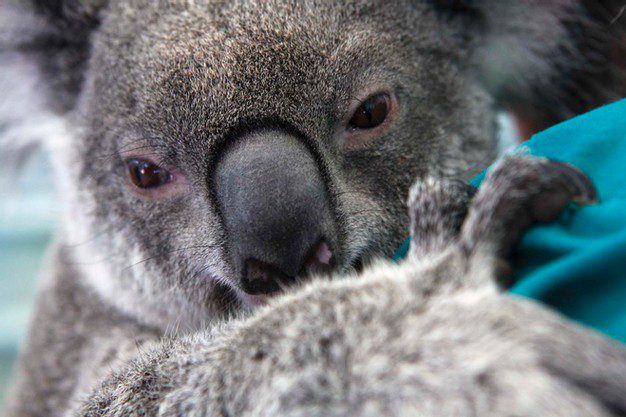 “Early intervention with chlamydia can make a huge difference in a koalas’ chances,” Dr Pyne says. “Koalas in Queensland and northern NSW are a threatened species, which is not the case in South Australia and Victoria, for instance. Chlamydia can make koalas sterile, meaning they can’t breed, so the worry is that the ones who we treat in here are just the tip of the iceberg. There may be many affected who have become sterile roaming around. 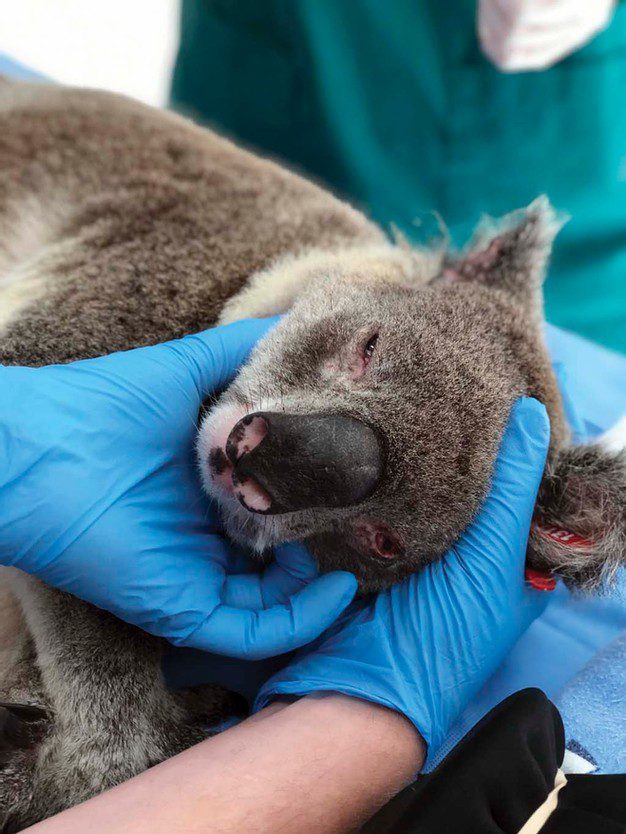 “We certainly see more koalas as the winter kicks in. As the temperature drops, koalas that aren’t well can really start to struggle. Of course the good news is that all koalas that we treat here at Currumbin are vaccinated and that’s certainly going to help the species longer term. Without doubt, chlamydia is the biggest threat to koalas here on the Gold Coast. Fighting disease is a really important priority for us.”

As well as being challenging, treating these precious creatures is also incredibly expensive.

Koalas need around 5 weeks’ of care; four weeks of treatment costs around $6,000 and then they require another week of observation before they are assessed with a view to being released back into the wild. 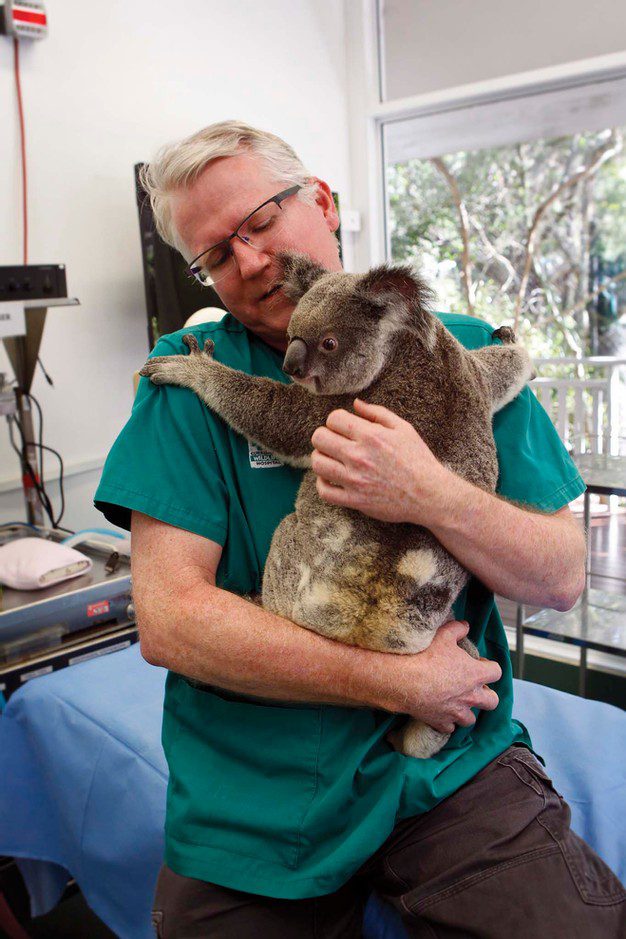 The star of the show today is Electra who is nearly four years old. We’re told her mother used to do lots of public appearances and fundraising events, and it’s almost as if Electra knows this is now her role too. She too is a body hugger like her mother – and is exceptionally cute! Electra likes to eat in the early afternoon and can sleep for up to 18-20 hours a day.

In Currumbin Wildlife Sanctuary’s Koala Rehab we meet Blossom who is recovering from chlamydia but is now suffering from a throat infection. She reaches for the syringe as Dr Pyne nears her.

We also meet Bingo who is undergoing final tests and will hopefully be released in the coming week. Bingo is one of many heart-warming success stories that was suffering from severe and advanced chlamydia on arrival. 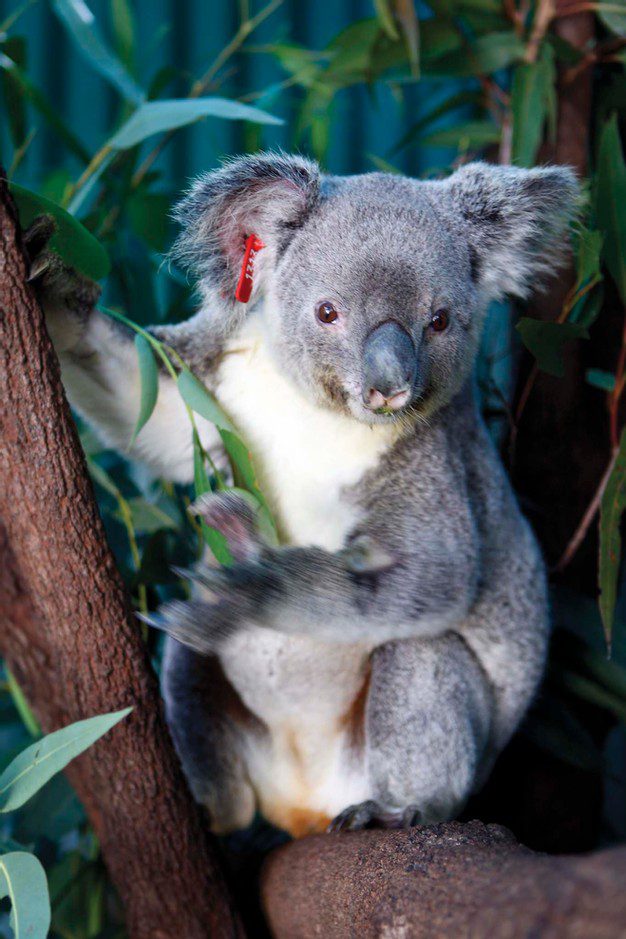 “Everything about treating koalas is challenging – there is a reason they are such a threatened species,” Dr Pyne says. “We have to be incredibly careful with which antibiotics each is given. One of the problems is that normal antibiotics kill all the good bacteria that help koalas digest gum leaves. This means that they can’t get the nutrition they need and they waste away. Part of our rehab process here is helping them gain muscle mass to ensure they have a fighting chance.”

Providing fresh gum every day sounds a little like preparing special meals at any hospital; different individuals have different tastes so a wide variety must always be to hand.

Dr Pyne credits Gold Coast City Council for doing good work to manage koalas as a species. “There are strict restrictions around development now,” he says. “While relocating koalas is an option, that too comes with its challenges, it certainly shouldn’t be taken for granted.”

Can you help by donating?