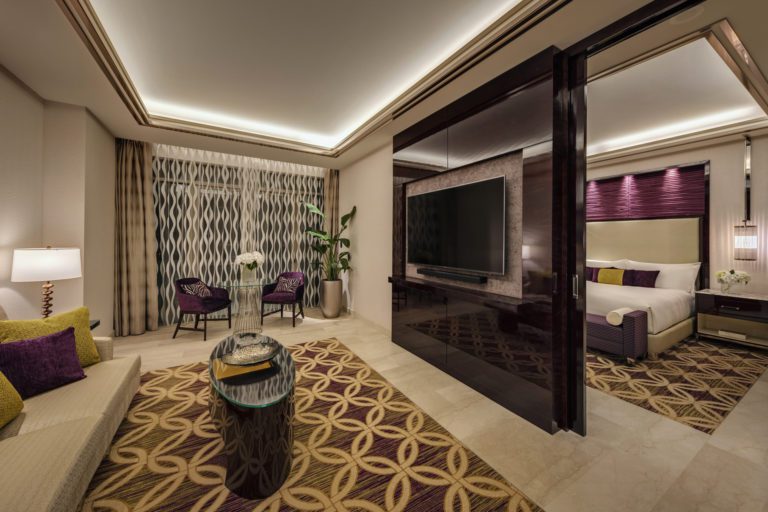 The Star Gold Coast’s exquisite new hotel, The Darling, will officially open on March 22, delivering as promised a world-class facility to the region ahead of the Gold Coast 2018 Commonwealth Games.

Located at the front of the iconic Broadbeach Island property, the lavish new 17-storey hotel forms the centrepiece of The Star Gold Coast’s landmark transformation and features 57 spacious suites ranging in size from 70 square metres to a stunning 328sqm.

Each level features just seven suites, including a luxurious northern Penthouse Suite – offering the option of third bedroom – and southern Penthouse Deluxe Suite, which offers guests the choice of a dedicated Billiard, Media or Exercise room.

From premium resort facilities and world-class gaming amenities to its breathtaking rooftop restaurant and bar, Nineteen at The Star, The Darling will offer innovation, and superior luxury and service to cater for the individual needs of leisure and business travellers. 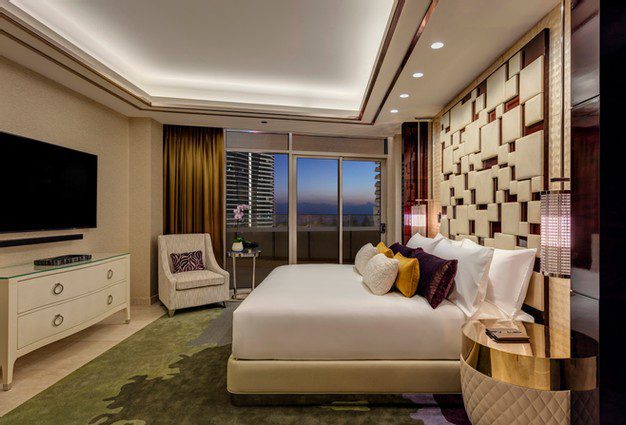 The Star Entertainment Group Managing Director Queensland Geoff Hogg said it was an incredibly exciting time, as the team prepare to finally unveil a lavish hotel that has been three years in the making.

“The Darling positions The Star Gold Coast at the premium end of the market and ensures the Gold Coast has an even more compelling value proposition as we seek to compete on a global scale for domestic and international visitors,” Mr Hogg said. 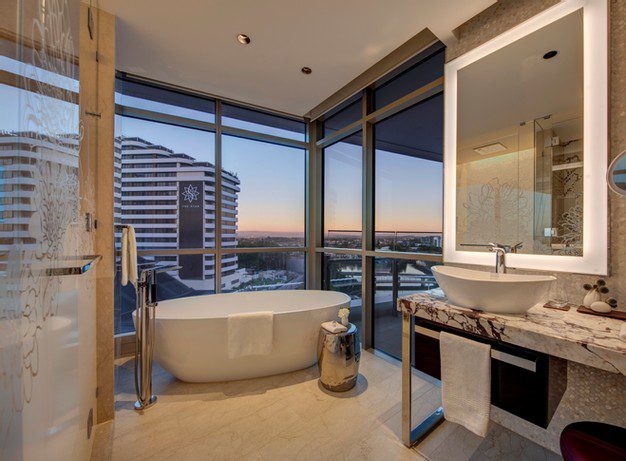 “It has been designed as a stand-alone hotel with its own arrival experience. The Darling has a distinct, boutique design and eclectic feel, while boasting the unique spirit and a stunning coastal location for which the Gold Coast is already renowned.

“Every element of the hotel is to a standard of luxury the Gold Coast has yet to experience. We’re also looking forward later this month to opening online bookings for stays at The Darling post the Commonwealth Games.”

Opulent finishes and rich yet calming colours combined with the impressive size of the suites create the ultimate world of luxury for guests, delivering an unrivalled leisure and entertainment destination to the Gold Coast.

The offering begins with 22 base rooms, the Jewel Suites, and 21 larger Stellar Suites, which boast a floor plan of between 78 and 81sqm with an east-facing balcony. Guests will indulge in elegant 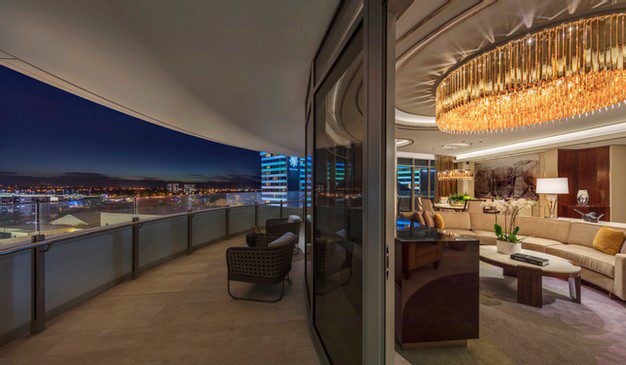 décor with a distinct local touch, including artwork, high-end finishes and soothing tones to celebrate

Meanwhile no comfort or detail has been spared in the creation of the hotel’s 14 most lavish suites, which include four Penthouse Suites, three Penthouse Spa Suites and seven Penthouse Deluxe Suites which feature their own private Billiard, Media or Exercise room.

The north-facing Penthouse Suites feature two king bedrooms with ocean or waterway views, with the option of an additional twin room. Each bedroom has its own dedicated bathrooms. The 253sqm Penthouse Suite boasts an impressive living and entertaining space adorned with grand chandeliers, stunning floor to ceiling glass and an impressive 80sqm balcony revealing a spectacular 180-degree vista of the Gold Coast skyline.

The Penthouse Spa Suite is a tranquil refuge. The addition of a large deluxe spa in a beautifully appointed space is specifically designed for those wishing to relax and rejuvenate in style while taking in the coastal beauty. 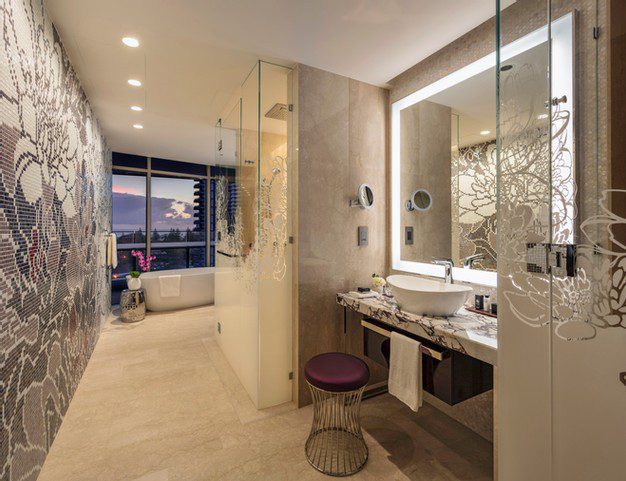 The south-facing Penthouse Deluxe Suites boast an even larger floor space of 328sqm and offer two large bedrooms with bathrooms, a grand living and kitchen space and the choice of a private Billiard, Media or Exercise room.

Technogym equipment to deliver the perfect blend of health and well-being. 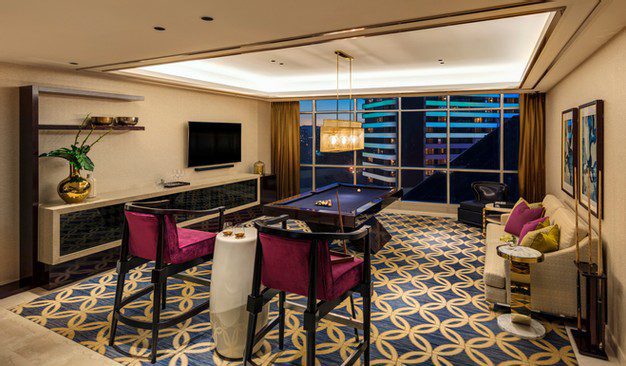 The arrival to The Darling is another high-end experience with the Porte Cochere and Lobby among other hero elements of the hotel. With its dramatic architecture, stunning custom-made feature artwork, grand chandeliers and breath-taking lighting and water features, check-in is tailored to the six-star guest.

At the top of the hotel, The Darling will take dining and entertainment to new heights with Nineteen at The Star, a world-class rooftop restaurant and bar wrapping around a gravity-defying infinity pool. Nineteen at The Star, which promises to be Queensland’s premier restaurant and night-time destination, was born from the formidable partnership of The Star Gold Coast and acclaimed Gold Coast restaurateur Simon Gloftis and entertainment guru Billy Cross.

The Darling connects to the recently refurbished five-star hotel, The Star Grand, offering guests access to the iconic property’s award-winning restaurants and bars, including Cucina Vivo, Kiyomi and The Garden Kitchen & Bar, as well as The Star Gold Coast’s soon to be unveiled Sports Bar.

It is the second hotel in The Star Entertainment Group to adopt the boutique brand, with The Darling at The Star Sydney already an established and award-winning hotel. It was the first in New South 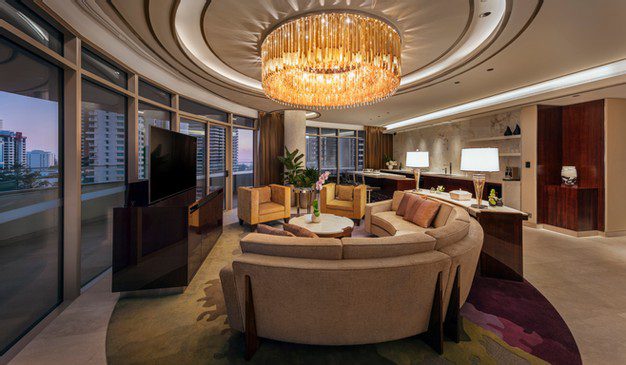 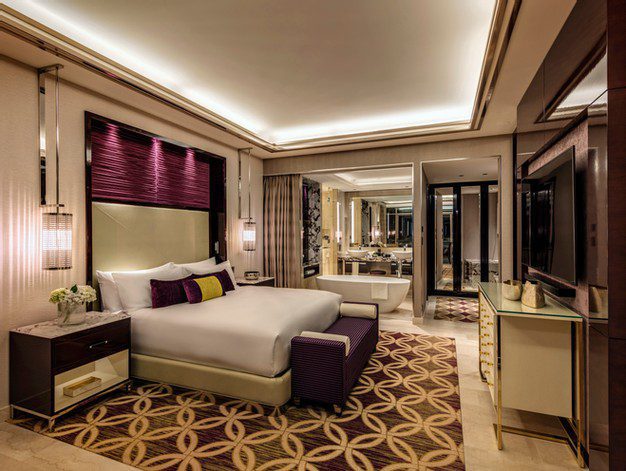 crucial investment in the region ahead of the Gold Coast 2018 Commonwealth Games.

Nine new food and beverage offerings, 596 refurbished hotel rooms at The Star Grand and a premium poolside experience are among the already completed offering, while The Darling forms the centrepiece of the redevelopment.

A highly anticipated new Sports Bar will also open in the coming weeks when the existing building connects to The Darling. 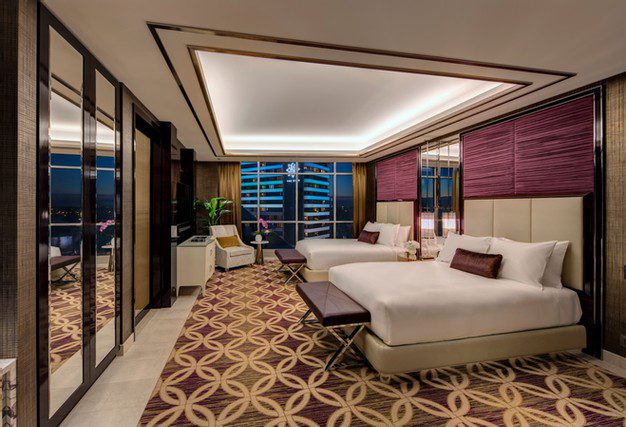 Adding to the excitement is the planned addition of the first mixed-use residential apartment and hotel tower on Broadbeach Island. Pending successful pre-sales of The Star Residences, the 53- storey tower could be the first of up to five within a future master plan as part of a joint venture with renowned Hong Kong-based partners Chow Tai Fook and Far East Consortium.

Together, the refurbishment of the existing property and the development of both The Darling and the proposed hotel and residential tower would involve a combined investment of up to $850 million. 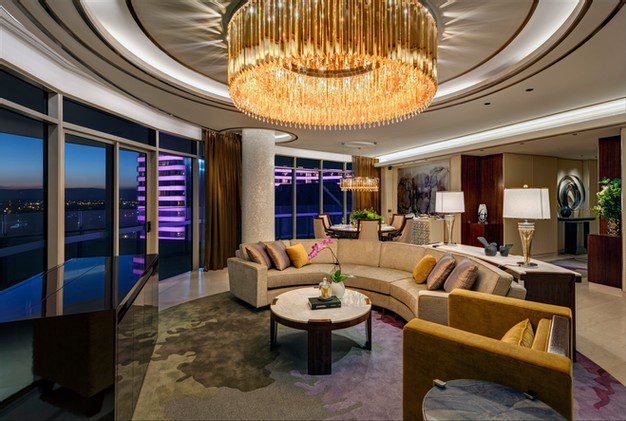