The case for Cabernet Sauvignon 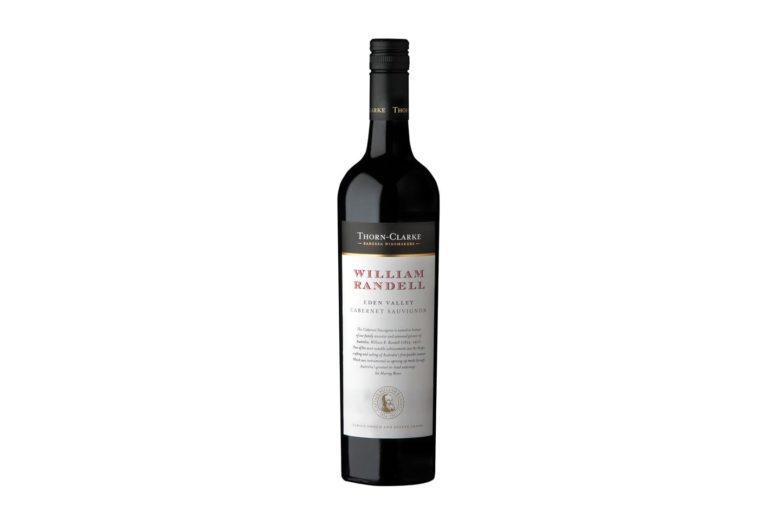 What exactly is Cabernet Sauvignon, what region is best, and why should you give it a try? ORM has all the answers… 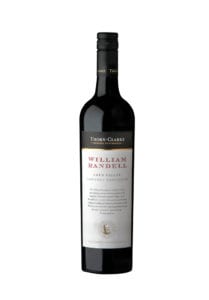 Yet, despite this, anecdotal evidence from many in the wine game suggest that Cabernet Sauvignon is a declining category in both the retail and restaurant sectors. Happy to report in this part of the world the category is alive and well, albeit (a) not as popular as Shiraz and (b) perhaps a little miss-understood.

What is Cabernet Sauvignon?

Yet Cabernet Franc is often described as the Pinot Noir of Cabernet with notes of strawberry, plum, but also possessing similar notes to Sauvignon Blanc like capsicum and leafy grass notes, which comes from the higher level of a compound called methoxypyrazines or “pyrazines”.   But I digress.

Cabernet Sauvignon is hardy growing, frost-resistant, high yielding grape capable of growing in many terrains and climates. In terms of profile, Cabernet Sauvignon is normally dry, full-bodied, with both medium acidity and medium-high tannins. Tannins are the chemical compounds found in plants like coffee, tea leaves or fruits but also in grape skins, seeds and stalks.

Tannins are noticed in the mouth as a puckering sensation and or on the side of the tongue as astringent sharpness, dryness, grip, or as some of my non-wine expert friends describe it, as a furry puckering sensation (or “furry tongue”). For me, this is the reason why I love Cabernet Sauvignon and why the grape works well when paired with red meat and or robust flavours and sauces. But avoid too much spice in food as tannins and spice don’t necessarily work well together.

On both the nose and palate Cabernet Sauvignon provides notes and flavours of blackcurrant, cassis, black cherry, baking spices such as cinnamon, pepper, nutmeg, vanilla and clove. Cabernet Sauvignon will also show notes of lead pencil shavings, tobacco leaf, anise, mint, eucalyptus and if the variety is grown in colder climates one may see green capsicum or bell pepper nuances as well.

However, many leading wine professionals suggest that this may also be due to poorly made Cabernet Sauvignon. Regional difference will also influence Cabernets characteristics including if the variety is grown in warmer climates one may notice both sweet jammy notes and flavours as the wine may be made as a punchy fruit-driven style due to more grape ripening than the colder temperatures. However, winemaking is a science, and ripe styles can be controlled by amongst other things picking the grapes early, thereby ensuring the acidity is higher than the sugar levels.

Cabernet Sauvignon grows best in free-draining gravel-based soils, like the soils found in Bordeaux, France. These soils often lack nutrients, so the vine consequently is forced to grow deep roots to seek out nutrients.  Thus the vines produce fruit that is rich and concentrated in flavour and tannins. This is the reason why the Cabernet Sauvignon grapes of Bordeaux are small in size but have highly concentrated fruit juice.

So, why Cabernet Sauvignon?

Cabernet Sauvignon can be found at many price points from ridiculously cheap to some of the most expensive in the world. Likewise, it can be made in a variety of styles from simple, easy-drinking to elegant, complex and age-worthy.

Cabernet Sauvignon can be found from other countries and regions, thus providing a varied selection of wines and profiles for consumers, making the variety interesting. It can be found in good bottle shops in its own section as well as on thoughtful well-prepared and balanced wine lists.
Aside from this, quite simply Cabernet Sauvignon is regarded as the King of wine grapes and is worthy of a tasting.  As Karen MacNeil of the Wine Bible states “Cabernet Sauvignon is capable of making some of the most structured, complex, majestic, and age-worthy reds in the world. It’s astounding that a wine so often angular and powerful when young can metamorphose into a velvety, rich, elegant, and complex wine with several years’ aging.”

So, if you consider yourself a serious wine drinker it goes without saying, get some Cabernet Sauvignon if not for drinking then for some cellaring.

On the food front, Cabernet Sauvignon pairs well with rich meaty dishes or just good old fashioned red beef roasted, grilled or pan-fried.  The acid and tannins in Cabernet Sauvignon marries particular well the dense proteins of beef.  Also try Cabernet Sauvignon with a firm and or mature hard cheese or rich dark chocolate, a match made in heaven.

Which region is best?

The variety can be found abundantly in many regions including Bordeaux, France; both the Colchagua Valley and Maipo region of Chile; Okanagan in Canada; Beqaa Valley in Lebanon; Napa Valley and Washington State in the USA; Catalonia and Valencia in Spain; Lombardy, Emilia-Romagna, Tuscany and Friuli-Venezia Giulia in Italy; Mendoza in Argentina; Stellenbosch in South Africa; Waiheke Island and Hawkes Bay in New Zealand.

I have even tasted some great examples from the northern part of China too, although expensive the Cabernet is wonderful and authentic to variety.

Here in Australia, one can find great examples of Cabernet from Margaret River in Western Australia, in the cool climate areas of Coonawarra, Clare Valley and Eden Valley in South Australia, Yarra Valley in Victoria and the warmer parts of South Australia such as McLaren Vale and Barossa Valley.

Credaro’s 1000 Crowns Cabernet Sauvignon hits the sweet spot.  The Credaro family arrived from Italy and are true pioneers of Margaret River in Western Australia having settled there in the 1920’s.  The story goes that the Credaro Brothers paid 1000 crowns to secure a new future in our country way back in the early 1920’s. The Brothers made Margaret River home by planting grapes and making wine for the family, amongst other things.

Now the Credaro’s have a commercial focus in grazing, grape growing, crop and fruit farming, and in both beer and winemaking.  Their purpose-built winery was established in 2003, and the family has plans of building a brewery just outside of Margaret River. The Credaro 1000 Crowns Cabernet Sauvignon is a pure delight to the senses.

Medium-dark red in colour the nose and palate shows notes and flavours of dark cherry, blackberry and blackcurrant. The wine is notably thick, plush, and juicy with pervading tannins providing structure and grip.   Enjoy it with a big rib eye and hot English mustard!

Another crowd-pleaser is Penny’s Hill Edwards Road Cabernet Sauvignon hailing from McLaren Vale, South Australia.  Penny’s Hill’s first vintage was in 1995, and the wines are now expertly made by the highly skilled Lexi Roberts. Lexi is also famous for taking out the World’s Best Cabernet Award a few years back with her Penny’s Hill Edwards Road 2014 Cabernet Sauvignon. Specifically, this vintage won the Trophy in France at the Concours International des Cabernets – ‘World’s Best Cabernet’.

Since then the wine regularly wins Trophies, Gold Medals and other major awards world-wide and here in Australia.  The current 2017 vintage is deep red and dense in colour.

The nose displays typical notes of cassis, mulberry and dried herbs, while the palate is ripe with grippy tannins providing length and structure. Campbell Mattinson from Wine Front has given the wine 94 points.

From Barossa Valley, the Thorn Clarke William Randell Cabernet Sauvignon comes to mind.  The Thorn and Clarke families have six generations of involvement in the valley in many guises including gold mining and growing grapes and more recently winemaking.

Peter Kelly makes the wines at Thorn Clarke and has worked for many leading wineries including Haselgrove, d’Arenberg, Rolf-Binder and Peter Lehmann.

In 2009 he was voted Young Winemaker of the Year by the Wine Society.  The William Randell wines are named after one of the Thorn-Clarke’s famous pioneer ancestors who happened to be the first steam paddleboat captain and a South Australian politician.  The wine is deep red with purple hues a sign of youth.

The nose has tonnes of blackcurrant with mocha notes while the palate shows savoury vanilla and blackcurrant. It is big, powerful oaky and juicy, finishing with long fine grippy tannins. The wine is only made in exceptional years, and for me, it screams “bring out your beef! “ Halliday recently awarded the wine 96 points in his 2021 Wine Companion.

And finally, something exotic and juicy I can suggest The Other Wine Company’s Cabernet Franc 2018 where the fruit has been sourced from Kangaroo Island, South Australia. To quote from their web site, “The Other Wine Co. wines are vinified and bottled at the Shaw + Smith winery in Balhannah.

The wines are ‘other’ because they allow the winemakers to make wines from varieties and/or regions that fall outside of Shaw + Smith’s rigorous definition.”  Kangaroo Island is Australia’s third-largest island and is nine times the size of Singapore.  The Kangaroo Island wine industry was established in the early 1950’s by the Potts family of Bleasdale fame, and currently, there is around 300 hectares planted under vine.

The island receives moderate rainfall and has many gentle slopes as high as 180 metres and is usually frost-free. Wait to you try the Cabernet Franc from here – it is deep red in colour, the nose shows violets, dark ripe plum and black currant. OMG, the palate is fresh and vibrant, juicy yet crunchy with a hint of tomato vine and fresh herbs finishing with pronounced tingly tannins. I want to smash this wine, and I usually do often without food.

These wines are available at Ferry Road Wine and Beer at the Ferry Road Markets or any good wine store and restaurant.  Enjoy and happy but safe drinking. You can catch Peter on Facebook and Twitter & Instagram as @peterpanwine.

Peter Panousis works for Mezzanine Wine. Raised on the Gold Coast Peter has operated many restaurants and cafes. Formally educated with a Degree in Hospitality, Peter eventually owned two award-winning restaurants. Peter is WSET trained and has undertaken extensive wine education. He is also a Member of ASVO (The Australian Society of Viticulture and Oenology), and an Associate Fellow with AIM (Australian Institute of Management).