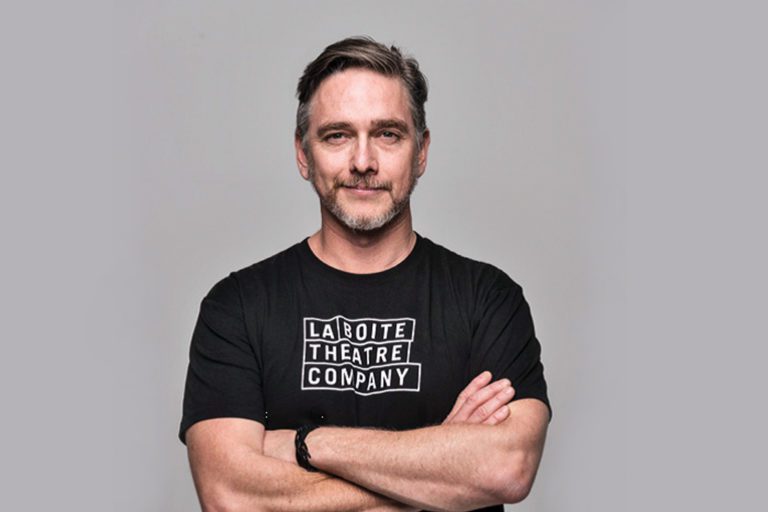 Artistic Director and CEO of La Boite Theatre Company, Todd completed acting training at NIDA in 1994 and has worked extensively across the theatre, film, television and voice-over industries. Todd was the Artistic Associate at QT from 2011-2014 and has worked as associate producer and a company member with David Pledgers’ company NYID, touring internationally. In 1999 he co-founded the award-winning venue and production company The Store Room Theatre in Melbourne. He maintains a performance practice as a director, deviser and performer. We’re delighted to have Paul as our Spotlight in our 10th Birthday Issue! 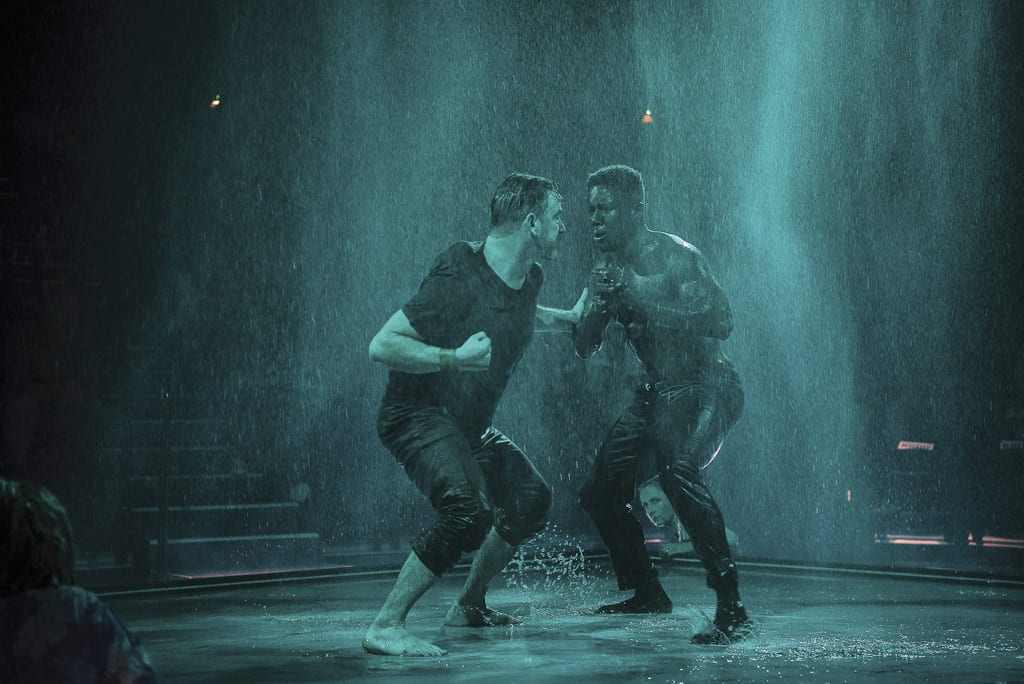 At what age drew you to become an actor and be involved in the creative industries?
I became interested in acting in primary school. I did some classes at Gold Coast Little Theatre and got the bug. I did speech and drama at high school, and it grew from there.

Developing as an actor, who were your teachers or mentors that gave you the best advice?
I had a brilliant teacher who directed me in high school – Chris Wright – I can’t remember any particular pearls of wisdom, but he had an incredible belief in me and challenged me in roles that I never thought I could do. As I developed as an actor and finished my training at NIDA, I found myself working in vastly different types of work from soap opera TV to experimental theatre work and voice-overs. Working on Neighbours taught me a deep respect for the crew – long hours and a great work ethic – some of my best friends today are the crews that I worked with!

The film and TV roles you have had are extensive. What acting roles did you enjoy most?
Playing Nathan on Secret Life of Us was such a ball. The team of actors were incredible, working with Deb Mailman, Claudia Karvan, Joel Edgerton and the rest were incredible, and at the time the show was doing something entirely new which was a such a joy to be a part of.
I also have to say I ticked a box playing a vampire in Salem’s Lot and getting the opportunity to attack Rob Low was pretty fun.

You become co-founder of The Store Room in 1999 in Melbourne plus 2011 to 2014 artistic associate at QT and from 2015 CEO of La Boite, which bundles you up as one very amazing creative. What drives you to succeed in building these foundations and what has been the best lessons in life, good and bad?
I have been very privileged to be able to work with incredible people and inspiring artists but, above all, to be able to create and program for audiences has been by far the most gratifying aspect of my work. All of the roles I’ve done have been in service to our community, and it’s very humbling and exciting. Which makes our current predicament during the COVID-19 pandemic extra difficult – trying to reassess our relevance when we can’t make and present work for audiences has deeply affected the whole sector. 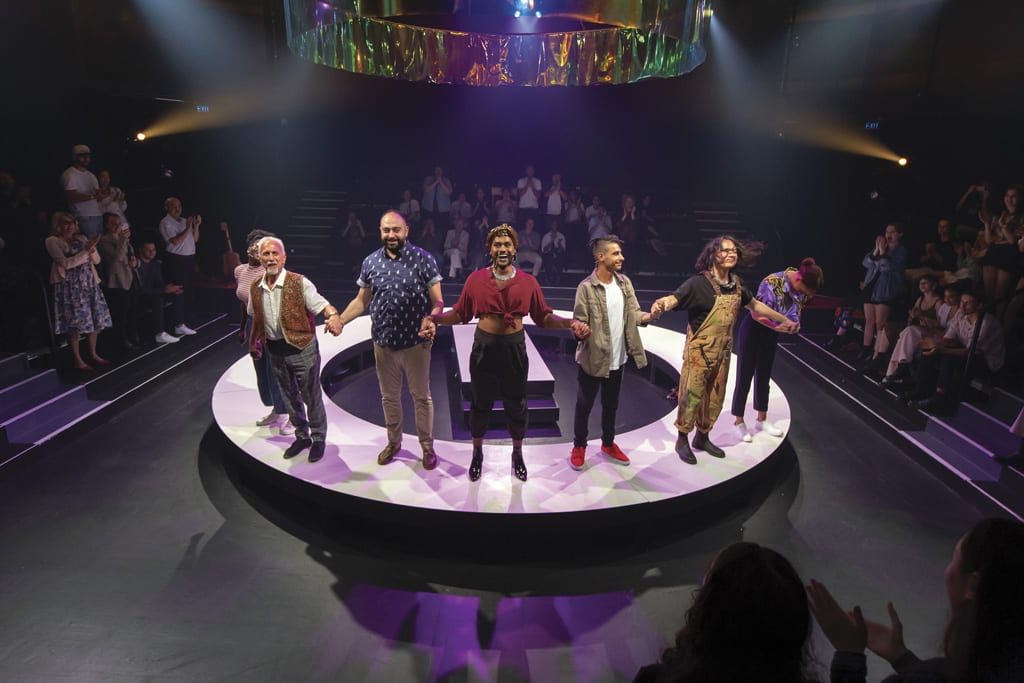 2020 hit hard on all facets of the entertainment industry and, like all theatre companies, La Boite was very challenged. How have you coped with this?
I’m so proud of our team at La Boite. I have been constantly inspired and impressed with their resilience and honesty. I think the most significant challenge is the effect this pandemic has had on our extended community of artists, creatives and crew who have fallen through the cracks in this time. Many don’t qualify for the JobKeeper allowance because they gig from company to company and, without reliable support for these workers, I am fearful for the health of our sector long term. We are looking at losing a whole generation of storytellers and technicians if we don’t find more ways to value and financial support this part of the sector.

What’s been your proudest moment in La Boite in the last five years?
It’s been, without exaggeration, filled with incredible moments. Every work we programmed, every show I had the joy to direct or perform in reinforced how much of a dream job this was. In particular, I have loved the works that we made with Multicultural Australia (The Village and The Neighbourhood), and I am deeply grateful that The Neighbourhood was able to happen earlier this year.

Do you have any plans on what you will be working on or wanting to do more of in 2021?
I’m looking forward to working through that during this last period of the year and am excited to look more at my projects again, be that performing, directing or facilitating.

What is your best advice to fellow creatives at this time and what is your take-away for 2020?
Let’s get through it first – there is a long way to go! But so far, I think that if there is a silver lining or something to take away – it’s that we must be more empathetic with each other. We are not all in this together on the same terms, check your privilege and use it well – we need to reach out and actively take care of each other in these times. 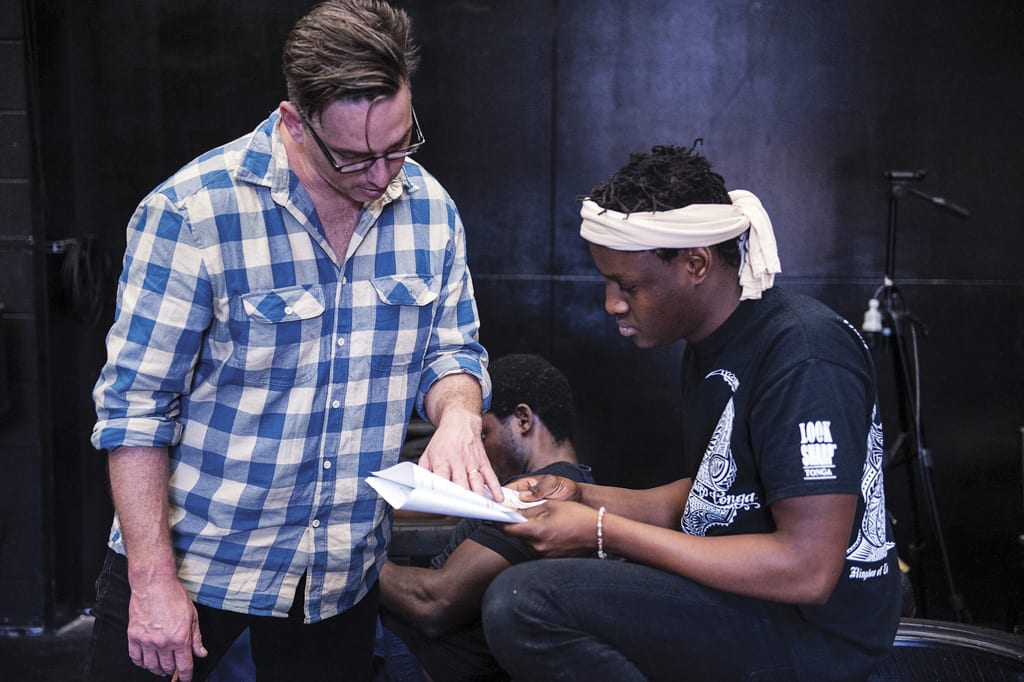 If you were to have a dinner party of anyone you could invite who would they be?
All the actors who lost their gigs this year – socially distanced of course!

What is one of the best lines you have ever heard in film and theatre?
We’re not in Kansas anymore.