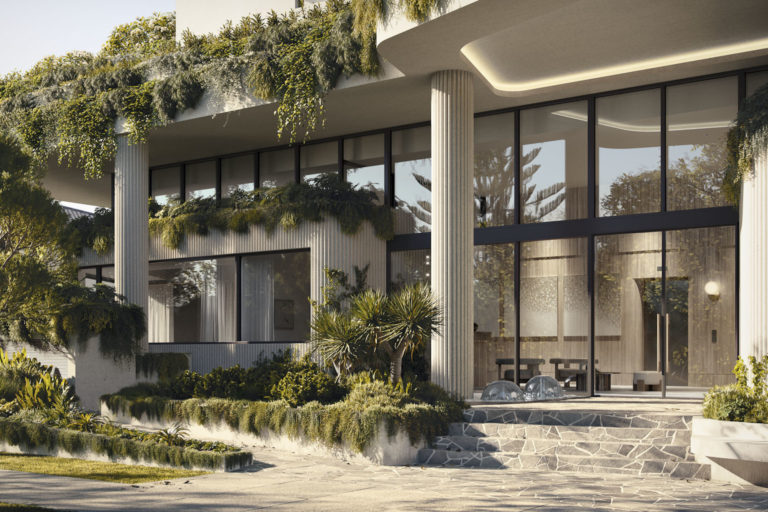 A Chevron Island residential development inspired by HOTA and designed to be a ‘home amongst the art’ will feature an instillation created by a local artist, to pay respects to the Gold Coast’s emerging arts and cultural precinct.

Brisbane based Siera Group has appointed a Gold Coast artist to encapsulate the city’s vibrant culture and arts scene through displaying a commissioned piece of artwork in the lobby of their latest development, Tapestry.

Tapestry on Chevron is the first development on the Gold Coast to employ such a commitment to capturing the neighbourhood’s artistic flair.

“An authentic Tapestry symbolises the connection of a community moving through life, almost like a river flowing into the ocean,” said Blanchard. 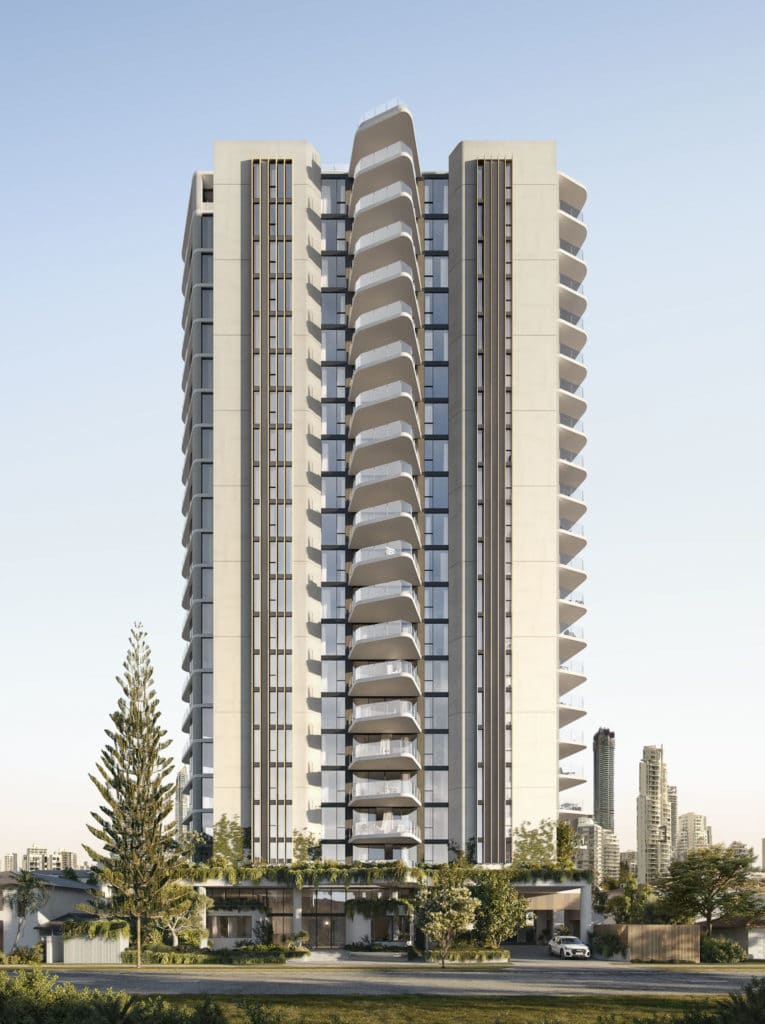 “The ideology behind my artwork draws on this sense of individuals coming together to form a community, which in this case, are the Tapestry residents.

“Each resident at Tapestry can imagine themselves as one of those paint strokes in the painting. As an individual they’re all unique, but when they come together it makes a beautiful piece of art,” said Blanchard.

Siera Group founder, Brent Thompson says part of his vision was to collaborate with a talented local artist, who could use their artistic talent to create a story for Tapestry that would make future residents feel a part of the project all whilst paying respect to the work being done at the neighbouring HOTA.

“Something that was really important to us when creating Tapestry, was paying tribute to what the city of Gold Coast has done with HOTA and the emerging arts precinct,” said Thompson.

“We believe Tania’s artwork will very much link HOTA and the emerging cultural precinct as well as the vibrant and tight-knit community that can be seen and felt throughout the high street.

“We engaged Tania to create this unique piece of art that provides a visual representation of the interwoven connection between community, river, hinterland, and beach. 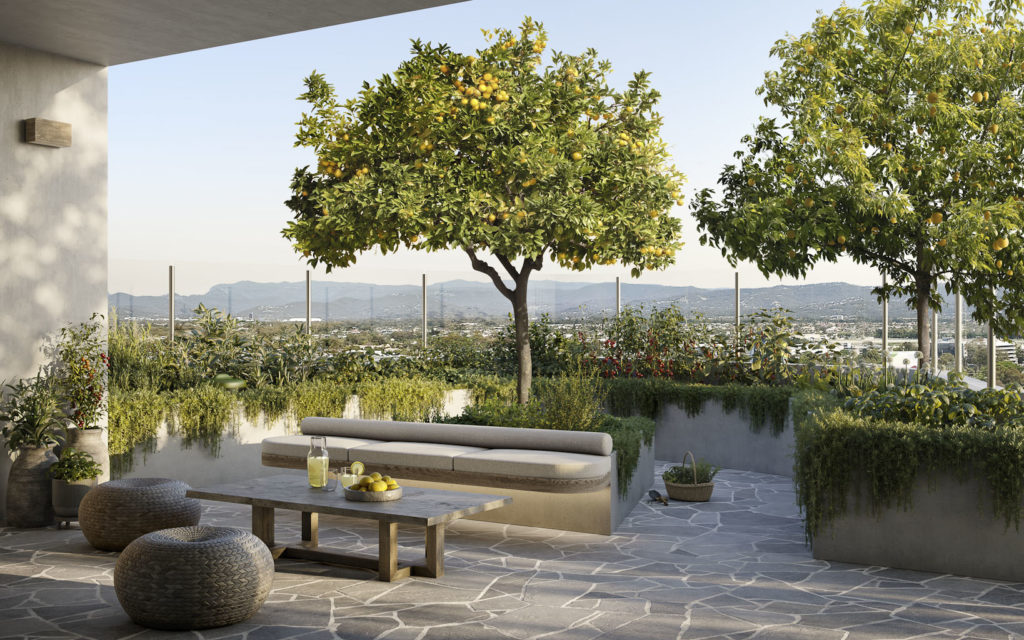 “Tania has her own distinctive signature style that we felt best captured our vision for the project and, when hung in the lobby, would add to the sense of place for our future residents who call Tapestry home.”

Tania has created and developed her own signature style, which from a distance looks like a minimalistic, impressionistic scene. However, with closer inspection an immense layering of coloured impasto can be seen.

“Every stroke of the palate knife creates these impasto dots which stand to represent individual people, and when those strokes are combined, each individual person is connected with one another through this artwork,” said Blanchard.

“My artwork is reminiscent of the Tapestry development, from far away it seamlessly blends into its surroundings, but when you look close up you can see the creativity and detail put into this project.”

Hanging within the lobby is the specially commissioned piece of art featuring three unique paintings which will greet residents when they come home to Tapestry.

Tania Blanchard’s artwork has been featured in prestigious national magazines such as Queensland Homes, Haven Magazine and Home Beautiful alongside multiple property-based television shows and her artwork is highly sought after by celebrity collectors and the international market.

Thompson says Tapestry evolved from a vision to create a community within a community – where individual residents, represented as strands of yarn, can feel embraced by, and contribute to, the social fabric of Chevron Island. 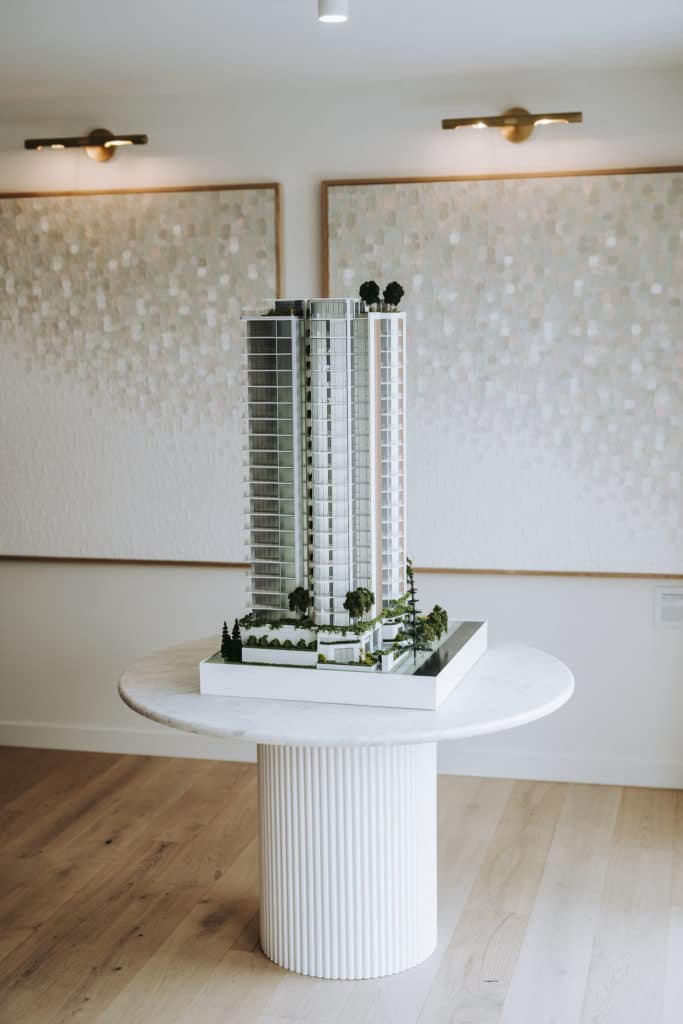 “The name Tapestry evolved from our desire to embrace the architecture, arts and culture that HOTA brings to Chevron Island, mixed in with our focus on community and creating a sense of place,” said Thompson.

“Embracing the arts and commissioning our stunning artwork by Tania Blanchard was our way showing our commitment and gratitude towards the new arts and cultural precinct that has provided so much inspiration for Tapestry.”

CEO of HOTA, Criena Gehrke says Chevron Island has become an extension to the HOTA precinct and believes this corner of the city will continue to thrive when the Tapestry development welcomes its residents.

“Every day we have nearby residents strolling over to HOTA for events and screenings, alongside tourists staying in Surfers Paradise exploring beyond the beaches,” said Ms Gehrke.

“With hundreds of new residents expected to make the move to Chevron over the next year, HOTA can’t wait to welcome our new neighbours.”

The exterior of Tapestry has also been designed with an artistic flair, drawing inspiration from the Voronoi geometry throughout HOTA, featuring curved slab edges, floor to ceiling glass and vertical blade walls.