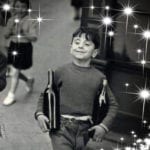 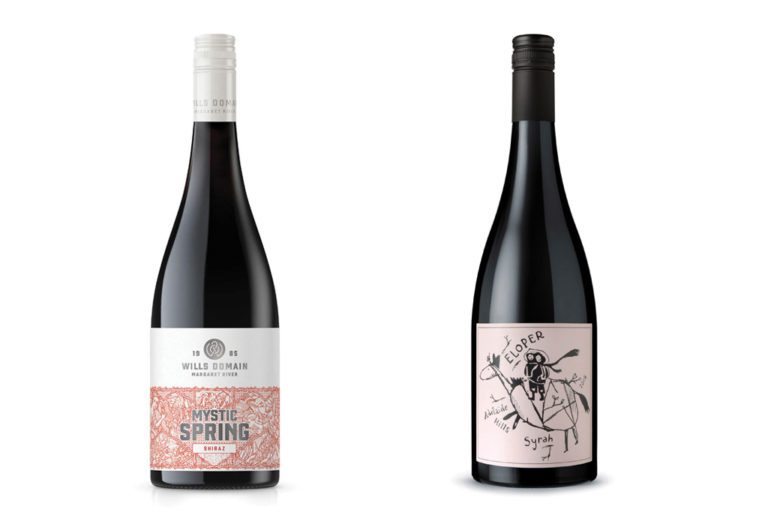 As the weather gets colder, there’s a fair chance what’s on your plate will be richer! Winter favourites such as slow-cooked beef brisket, roast beef and perhaps beef cheek ragout all call for an equally rich wine.

As we enter the winter months, knowing temperatures will drop and meals will be heavier and perhaps richer than our summertime meals, I see meat dishes for our non-vegan friends featuring a fair bit more for dinner.  Dishes like slow-cooked beef brisket, roast beef and perhaps beef cheek ragout are just some of the dishes that come to mind. With every meal is a good bottle of wine at the dinner table. The pairing of wine with food is paramount in my household.  Such simple pleasures require some basic rules when matching food with wine, even though I hear the following a fair bit more now: “drink anything you like with whatever you like”.  I maintain the weight of the food has to match the weight of the wine, and visa-versa, which means bigger wines for bigger-flavoured foods and or meat dishes and lighter wines for lighter-flavoured and delicate foods. So for Winter, let’s talk about Shiraz. Or is it Syrah? 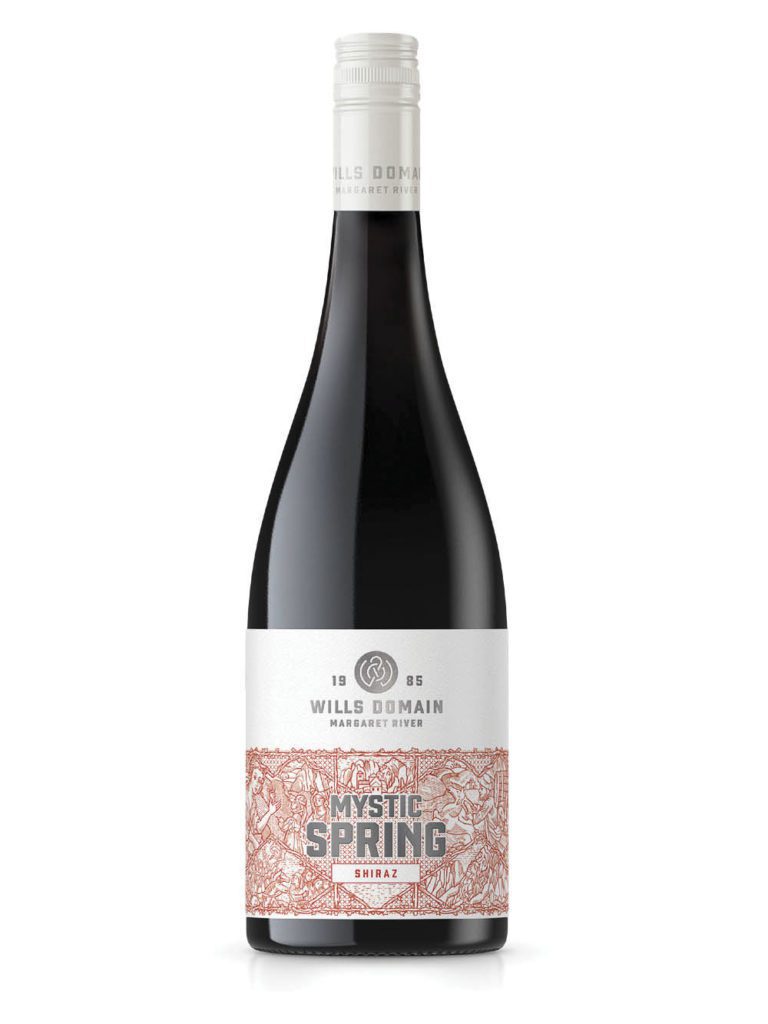 Shiraz is the classic Australian variety and no wonder, as it was one of the first varieties to arrive with the James Busby collection of cuttings from Europe in 1831.  Consequently, Australia has some of the oldest Shiraz vineyards in the world, with many dating back to the 1840s. Shiraz works in this country and is found all over Australia’s wine regions, including cool-climate Tasmania.

A historical record of origin dates Shiraz as far back as 2500 BC. It was found in Persia (now called Iran) near the city called by its namesake, Shiraz. Speculations suggest the grape variety spread to Europe with the Romans or Greeks or Phoenicians and may have ended up in the Sicilian city of Syracuse, where the grape variety inherited the name Shiraz or Syrah.

However, contrary to this historical account, the Vivino website states: “The reality is that Syrah was born and bred in France. DNA profiling has shown that the variety was created crossing an old, southern France variety called Dureza with the Mondeuse Blanche grape from the Savoie region in the French Alps. Syrah came to prominence in France during the 18th century in the Rhone Valley, where it is still the main red grape variety.” This information was supported by a Huon Hooke real review feature in 2017 entitled “The Origins of Shiraz”.

Also supporting this is The Entegra website which asserts that: “The origins of Shiraz wine in Australia can be found in the Syrah vines of the Rhone Valley in France. It was not until 1998 that experts carried out DNA tests on Syrah vines and these tests showed that the vines were a combination of two vines from the local Syrah area. They did not have any origins in Persia. These Syrah vines provide the origins from where the story of Australian Shiraz began.”

Put simply, Shiraz and Syrah are the same grape but are called by different names depending on where you are. If you live in Australia or South Africa for that matter, one drinks Shiraz, but if you live in France, one drinks Syrah. As Huon Hooke succinctly puts it: “The name Shiraz is simply a corruption of the word Syrah.”  It should also be noted Syrah from France is usually characterised by elegance and soft tannins whereas Australian Shiraz, generally speaking, tends to be more full-bodied, intense in flavour and higher in alcohol.  On the other hand, cooler climate Shiraz from Tasmania may be more like European Syrah. 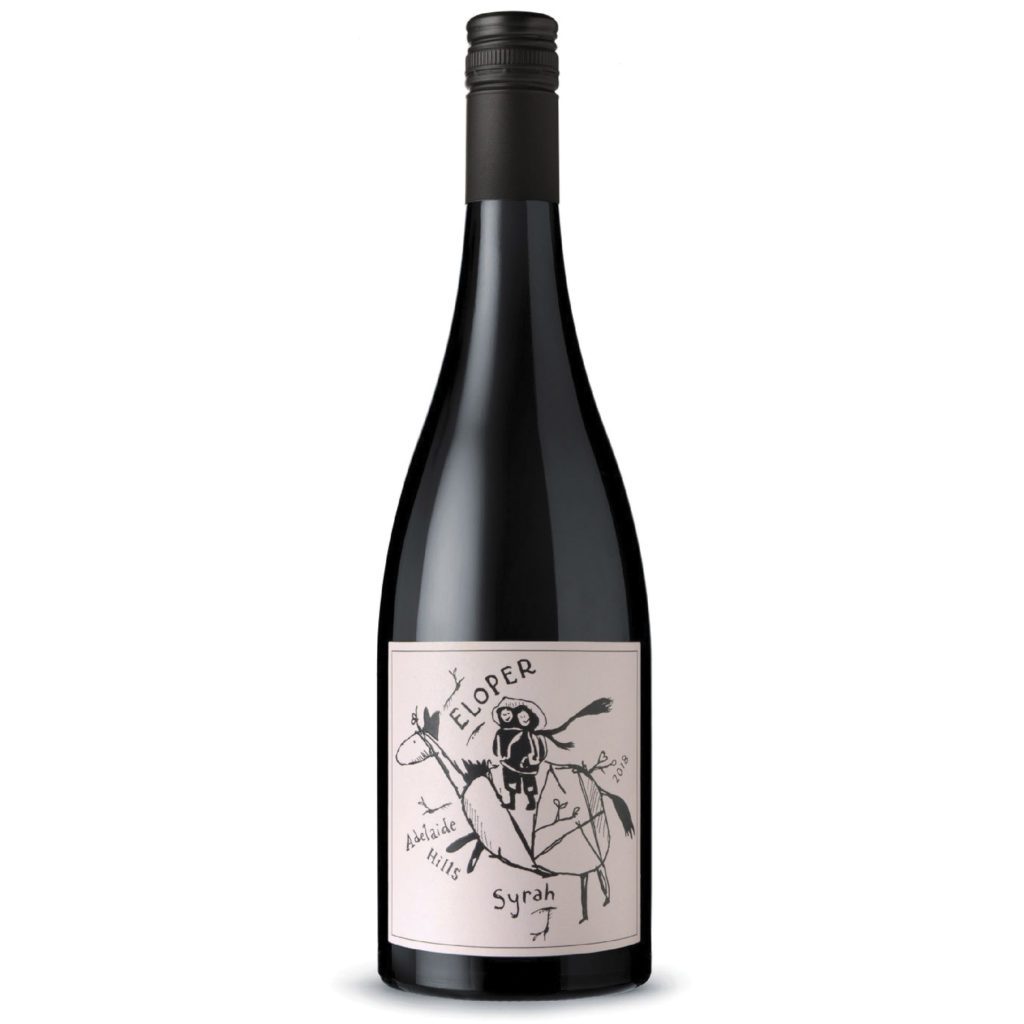 Shiraz/Syrah is dark-skinned, grows vigorously in the vineyard and produces large bunches with up to about 130 round berries per bunch. Bunches are usually long and loose, so to speak, and are therefore not usually prone to disease as there is usually good airflow through the berry-laden bunches.  Once made into wine, Shiraz is rich, powerful and full-bodied. Aromas of blackberry, plum, violets, coffee, mocha, chocolate, peppercorn, black olive, vanilla, and Chinese five-spice come to mind. On the palate, the tannins are medium to strong and pronounced, while the acidity is medium. Medium to high usage of French, American, Slovenian oak or combinations are used to mature Shiraz.  Alcohol tends to be around 12 to 15.55 per cent depending on the season, winemaker and style. Of course, there will be regional and winemaking variations but you get the picture. Shiraz is not for the faint-hearted, especially if it is Australian.

When it comes to taste, Wine Folly says: “When tasting Shiraz/Syrah one will be greeted with a punch of flavour that often tapers off and then has a spicy, peppery note in the aftertaste. Because of its front-loaded style, Shiraz/Syrah is often blended with grapes that add more mid-palate, such as Cabernet Sauvignon, a style which is a quintessential  Australian blend thus making the wine taste more complete.  In France however, Syrah is often blended with Grenache and Mourvedre to create a classic Côtes du Rhône blend.”

Where does Shiraz grow best?

As previously stated Shiraz/Syrah grows best in France in the regions of Côtes du Rhône, Cornas, Hermitage, St. Joseph, Crozes-Hermitage and Côte-Rôtie, but there are plantings in Languedoc too. It also grows in Italy, specifically Tuscany and Sicily; in the Chilean wine region valleys of Colchagua and Maipu; Spanish regions such as Priorat, Montsant, Toro and Yecla; South Africa’s Stellenbosch, Paarl and Franschhoek regions; Argentina’s Mendoza and  Salta regions; the US regions of Paso Robles, Santa Barbara, Napa, Sonoma, Columbia Valley (WA); and in Australia.

Here in Australia, Shiraz grows particularly well in the warm to cool climate regions such as Heathcote, Lower and Upper Hunter Valley, Margaret River in Western Australia and warmer regions such as Barossa Valley, Langhorne Creek, McLaren Vale and cooler areas such as Stanthorpe in Queensland, Yarra Valley, Mornington Peninsula, Tasmania, Goulburn, Grampians, Geelong, Coonawarra, Eden Valley and Adelaide Hills. Indeed, Shiraz grows well all over Australia but climate and soils will influence the wine in the end.

For example, Barossa Valley Shiraz is usually full-bodied, dark and dense in colour with rich fruit and spicy notes. Eden Valley Shiraz is usually medium to full-bodied with lots of pepper, elegance and finesse. Heathcote Shiraz is intense, juicy and mouth-filling with notes of mulberry, mocha and vanilla. McLaren Vale Shiraz is full-bodied but shows more blue fruit and black olive notes with hints of chocolate; Yarra Valley Shiraz tends to be light to medium-bodied with red and purple fruits, often elegant, savoury and complex. Shiraz from Adelaide Hills, due to its altitude, tends to be luscious and juicy, refined with some weight to the palate; and Margaret River Shiraz, generally speaking, tends to be medium to full-bodied, with savoury notes with mulberry, violets plum and spice.

Shiraz is grown around the world. It is easily available and Australia produces some of the best examples in the world. Shiraz can be both an inexpensive quaffer or on the pricey side. Generally speaking, in this country Shiraz is reasonably priced but can also be expensive, suiting those on low and high incomes. Shiraz is also a wine that suits bold flavours and is a fantastic wine with winter or grilled foods. Shiraz and the good-old Australian BBQ go hand in hand and Shiraz also works well with cheese, including the stinky types.

From Yarra Valley, try Tom and Sally Belford’s Bobar Syrah. Tom Belford is regarded as one of the early pioneer winemakers of natural wine and is certainly one of the first for Yarra Valley.  The Belford’s discovered natural wine on their travels to France in 2007. When they arrived back in Australia, Tom and Sally followed their dream, making Bobar’s first vintage in 2010. The Bobar Syrah is ruby in colour, light-bodied and not unlike a Pinot Noir in appearance. This is a more-ish wine, beautifully crafted with aromas of mocha, chocolate, red berry, thyme and pepper. It leaves you wanting more and more, with soft, silky tannins and a juicy mouth-feeling texture. A breath of fresh air and a pure delight.

Adelaide Hill produces stunning wines and Eloper’s Syrah is no surprise.  Eloper, which means “to escape without permission”, is a 31-hectare property in the Kuitpo region owned by Mick and Melissa Anstey. The property was once owned by Sir Douglas Mawson and includes five hectares of mature Sauvignon Blanc, which was originally a source of fruit for Shaw and Smith’s Sauvignon Blanc. The winery is four star-rated by the James Halliday Wine Companion too. The Eloper Syrah displays black cherry notes and flavours, Chinese dried spices and pepper, while the structure is pure elegance with fine tannins and balanced acidity.  The wine recently won a Bronze Medal at the Royal Adelaide Wine Show. Try this with crispy duck or roast rack of lamb.

For the purest, the Pontifex Shiraz from Barossa comes to mind. Pontifex is owned by Sam Clarke, of Thorn Clarke Winery fame, and of outstanding note.  The wine is named after his ancestral name and the original Pontifex family built England’s finest and most innovative foundries in the heart of London during the 1800s. The foundries became famous for working with copper, brass, lead, gunmetal and iron and pioneered numerous metalwork and fabrication techniques for building boiling coopers and stills for brewers and spirits distillers, consequently winning a multitude of awards. If I was forced to drink Shiraz for the rest of my life, this would be it. It’s bold but elegant and well structured. The fruit is sourced from two Barossa vineyards: St Kitts and Krondorf.  The wine is deep in colour, displaying primary fruit notes of mulberry, blackberry and plum, while the palate shows vanillin sweetness from the French oak, some hard spices and mild pepper, finishing with long, fine tannins. The wine received 95 points from James Halliday in a recent review.

Normally I would review a McLaren Vale Shiraz however on this occasion, Margaret River Shiraz is gaining momentum in the marketplace. Mystic Spring Shiraz is a cracker from Margaret River.  The wine is made by the good people of Wills Domain, a five-star-rated winery by James Halliday established in 1985.  The fruit is sourced from Block 6 of the Yallingup Estate. The wine shows notes of violets and plum, the colour is dense and the palate is juicy and chewy, with fine tannins.  The wine was matured in French oak for 12 months, adding elegance as well. Huon Hooke, in his Real Review column, rated the wine the best of 20 Margaret River Shiraz reviews.

About the author: Peter Panousis is a Fine Wine Consultant who has worked for leading wine companies for more than 16 years. Raised on the Gold Coast, Peter has operated many restaurants and cafes, holds a Degree in Hospitality Management and a Master’s degree and a Certificate IV in Adult Training. WSET trained and certified, Peter is also a former Member of ASVO (The Australian Society of Viticulture and Oenology) and a former Associate Fellow of AIM (Australian Institute of Management). 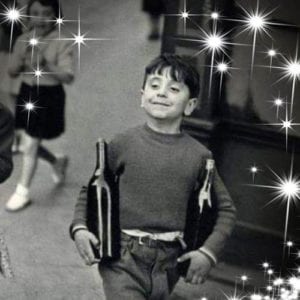