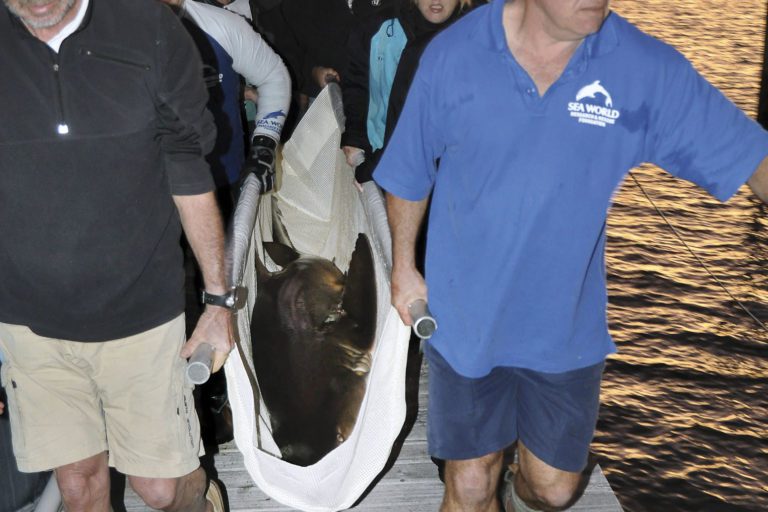 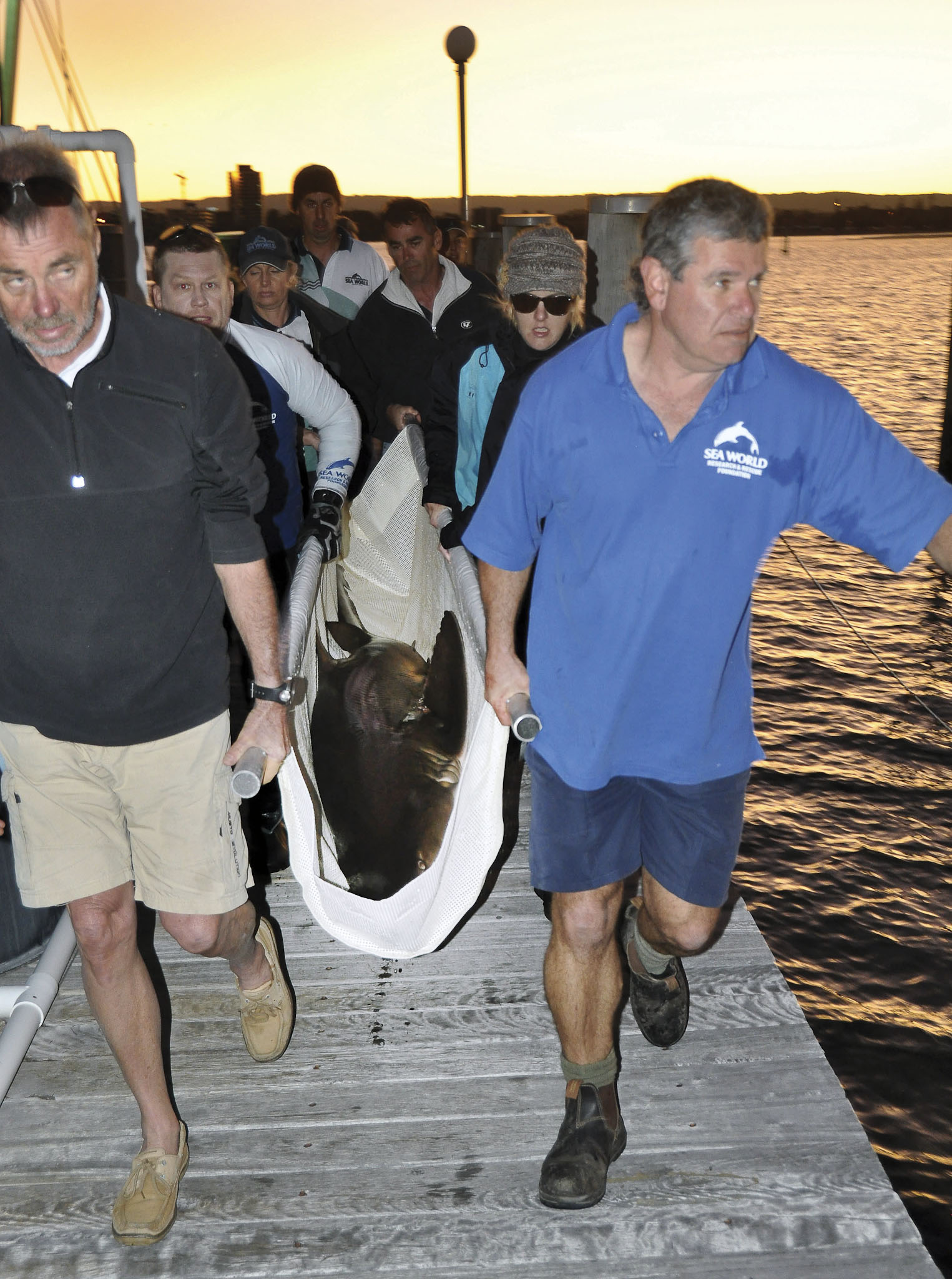 One of the most rewarding parts of working at Sea World is being able to help marine animals in need. Our Marine Sciences team are on-call 24 hours every day should a marine animal need rescuing. In our 40-year history, we have been involved in hundreds of rescues, all while pioneering new techniques and equipment. 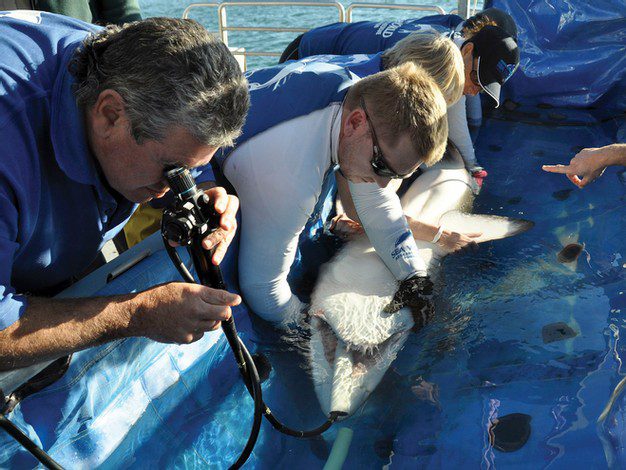 We are fortunate at Sea World to have the team, expertise, specialist equipment, and boats to be able to conduct rescue operations. Our vision is to understand, protect, and support the marine environment for future generations.

Some of the most memorable rescue operations I have undertaken are those that involve critically endangered animals. I feel immense pride in being able to assist in the rescue of a species that, for the most part, is on an endangered list due to human impacts. 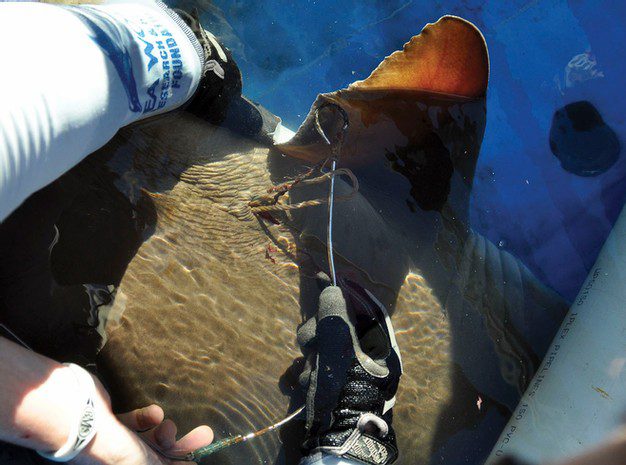 The greatest threat to the grey nurse shark species in Australian waters is from commercial and recreational fishing, with the species historically fished for its oil, flesh, skin, and fins in the 1950s through to the 1970s. Although it is now a protected species, we are still seeing accidental and incidental captures along with a high mortality rate from shark control programs such as nets and drumlines on the east coast.

Grey nurse sharks also had a bad reputation as being dangerous due to their fierce-looking appearance, but they are actually quite a timid animal and have often been described as a ‘labrador of the sea’.

Given national protection in 1997, a recovery plan was initiated that included creating protected marine zones.

However, grey nurse sharks are unique in having a very low reproductive rate that also plays a part in their demise and highlights the importance every single animal is to the population. The species only breeds about every two to three years, and the low reproductive rate is due to intra-uterine cannibalism, with only the fittest surviving in the womb and females only giving birth to a maximum of two pups. 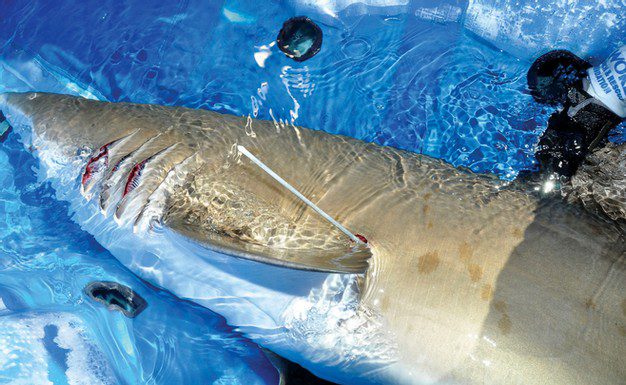 We have been involved with many research projects over the years; however, it’s two rescue events of female grey nurse that remain most memorable. We undertake these rescue operations with the support of the relevant government agencies where it is agreed that intervention is necessary if the animals are to survive.

In July 2008, a local dive group alerted us to a distressed mature female with a gaff hook in her mouth at Julian Rocks, 2.5 kilometres off Byron Bay. We held grave concerns for the health of the shark, given the size of the hook and position it was lodged in the mouth. 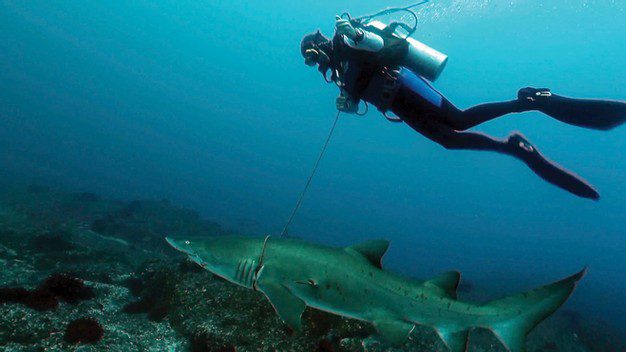 We managed to locate the shark in about 15 metres of water. To begin with, we needed to catch the shark, which is achieved by divers securing a rope lasso around the body and then slowly swimming the shark to the surface by placing her in a specially designed Perspex tube before being craned aboard our research and rescue vessel, Sea World One, and placed in a tank for our veterinarian to do an assessment. For the assessment, the shark is placed in a dormant state, called tonic immobility, by being turned on to her back. 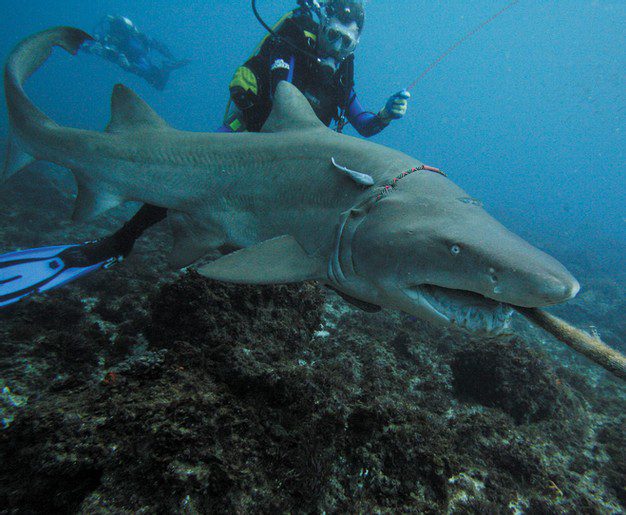 For this operation, we inserted a large PVC pipe into her mouth to allow our vet to put his hands safely into the shark’s mouth to remove the gaff hook, which was lodged in the hard palette at the top of the mouth. Following the removal of the large hook, we administered a dose of broad-spectrum antibiotics and tagged the shark with a special tracking device, which allowed the team to collect data from her movements during a 90-day period.

The shark was then released and observed swimming strongly to rejoin the other sharks that reside in the area. The tag was recovered after the 90 days, allowing us to know she survived the rescue. 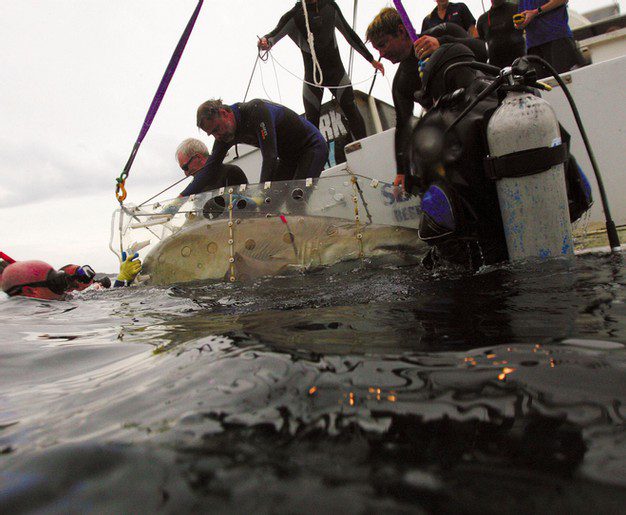 The other memorable rescue occurred in August 2015, when a group of local divers spotted another shark at the popular dive location Flat Rock, off North Stradbroke Island, and feared she had been speared. It wasn’t until we saw the shark for ourselves that we were able to determine the true nature of the injury, which was not a spear but a homemade bait spike protruding through the shark’s abdomen with a long length of electrical cable, both affecting her ability to swim and eat — and unchecked would eventually result in a slow and agonising death. 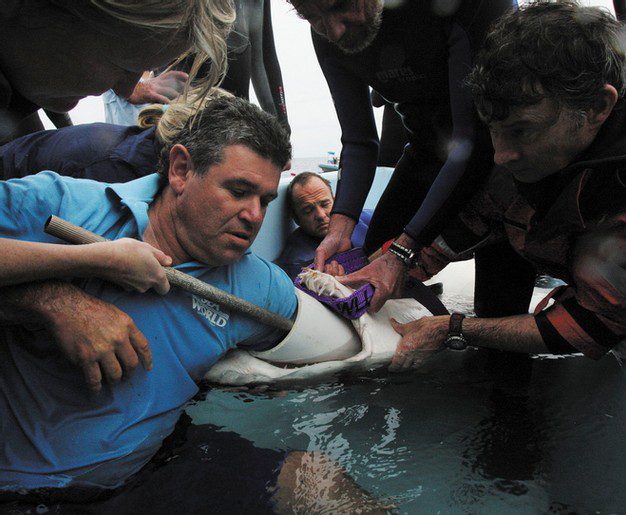 The shark was lassoed and brought to the surface, similarly to the first operation, where she was placed in the onboard water tank for our vet to do an assessment. Due to the severity of this shark’s injuries, the team decided to bring her back to Sea World where our vet was able to operate in a more stable environment and we could provide a period of rehabilitation prior to release.

It seemed the shark had swallowed the bait spike, which then penetrated through the stomach and side of the shark. In a delicate operation, the spike was removed requiring stitches to be undertaken on the stomach wall and the shark’s outer skin. 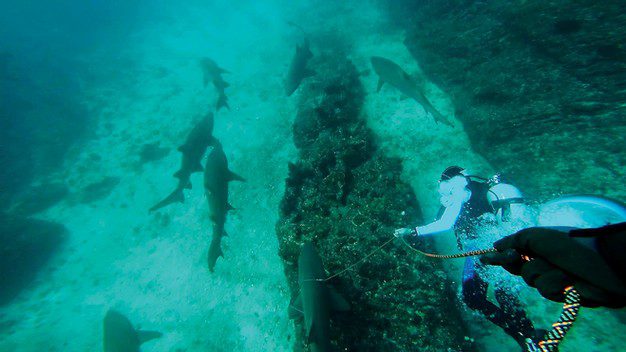 Our main concern was infection; therefore, long-acting antibiotics were administered. Following the operation, the shark was placed in a rehabilitation pool and was cared for by our dedicated team who monitored her recovery around-the-clock.

After a week of rehabilitation, the shark started showing positive signs of recovery and we were able to release her back to Flat Rock with a tracking device. Since the release, we have had information from listening stations along the Queensland coast confirming her survival. 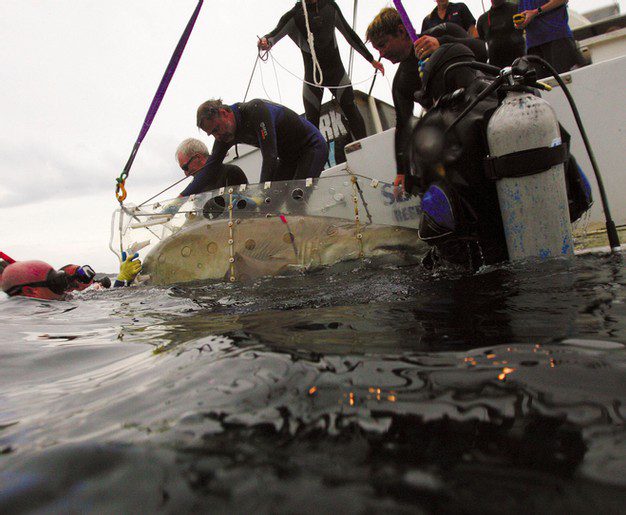 With the population of grey nurse sharks still in question, these rescues of mature females are highly valuable to the species’ survival. The rescue and release was a fantastic result, and both rescues created a significant amount of national and international media coverage, which creates public interest and awareness for the species.

Through continued research and rescue activities, we aim to help build our knowledge and appreciation of the wondrous variety of life in our oceans.