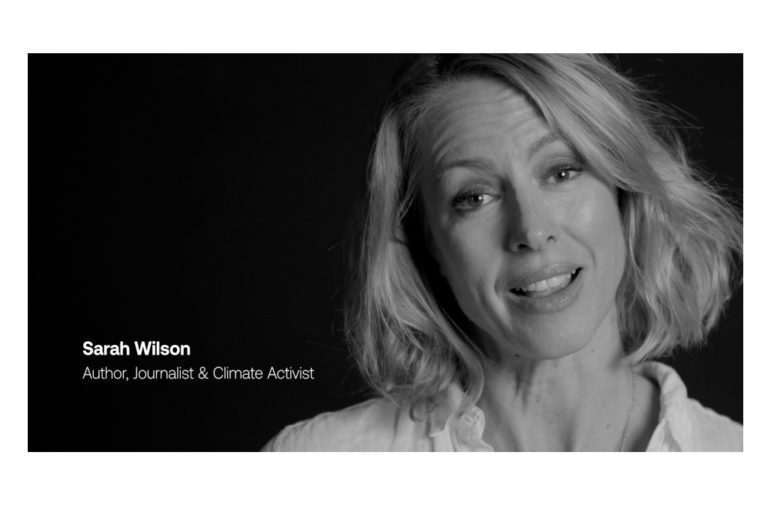 SARAH WILSON FRONTS ECO CAMPAIGN TO SHOW AUSSIES THAT IT ONLY TAKES A MINUTE TO TURN THE TIDE ON AUSTRALIA’S PLASTIC PROBLEM
• Best-selling author and climate mobiliser collaborates with leading eco brands for new “It Only Takes a Minute” environmental initiative
• Australians challenged to take just one minute a day to rethink their plastic habits and make small, sustainable changes

June 24th, 2021: In response to the staggering fact that Australia generates one tonne of plastic waste every minute, author and eco-warrior, Sarah Wilson is fronting new environmental initiative, “It Only Takes A Minute,” challenging Australians to “take a minute” a day to turn the tide on their plastic habits, and in turn, Australia’s escalating plastic pollution problem.

The initiative, which launches today, sees Sarah join 34 innovative Australian eco-brands in asking Aussies to make a pledge to take just one minute out of each day to commit to making small, measurable changes and get educated on the problem of plastic waste via the It Only Takes a Minute website.

They can also sign a petition to the Australian Federal Government to radically escalate its commitment to working towards its 2025 plastic targets.

“As one of the biggest consumers of single use plastic in the world, change has to start both at a large-scale and an individual level,” explains Sarah. “It Only Takes a Minute provides an opportunity for Aussies to educate themselves on ways to make a real, lasting impact on the environment for themselves and our future generations, starting with a simple pledge and a commitment of just one minute a day.”

Aussie attitudes a major hurdle to reducing our nations waste

While Australian households are the largest contributor to plastic waste, responsible for approximately 1.2 million tonnes each year, new research conducted by It Only Takes a Minute showed that 1 in 4 Australians (25%) feel they don’t know enough about what day-to-day changes they should make to reduce their plastic waste, while 15% of the 1000 adults surveyed feared that nothing they did would make any real difference. A further 10% felt it was “all too hard.”

“The It Only Takes a Minute campaign is designed to challenge these barriers, by showing that reducing your plastic pollution is actually pretty simple, and requires only small, sustainable changes by individuals to collectively make a BIG difference,” said Pearl Chan, founder of the campaign as well as of waste-free eco-cleaning brand, Resparkle.

“While individually, we may feel that we can’t make an impact, in fact there is an opportunity to create a real movement, if each of us were willing to sacrifice just one minute of our day,” explains Pearl. “By taking a simple pledge to refuse, reuse and reduce, I want to empower and educate Aussies to not only feel in control of their futures but also a sense of accomplishment that they are doing their bit to turn the tide on plastic. We’ve got the time to change, we just need to use our minutes for good.”

Pledge the 3Rs: Refuse, Reuse, Reduce
The It Only Takes a Minute website suggests making a simple pledge relating to the 3Rs – refuse, reuse, reduce. “Almost half of responders in the It Only Takes a Minute survey (47%) felt that they were already doing enough when it comes to reducing plastic pollution, but while we’re still sending 40,560 rubbish trucks of recyclables to landfill each year, it’s clear that there’s much room for improvement,” said Pearl.

“Something as simple as rinsing jars prior to recycling can play a major role in the amount of waste we generate as a nation, yet our survey showed only two in five (41%) Australians rinsing before they recycle. It’s a simple step that only takes a minute and can help ensure that your recyclables don’t end up in landfill.”

Meanwhile, despite the advent of eco-coffee cups several years ago, a whopping three-quarters of survey respondents (76%) admitted to only sometimes, if ever, taking their reusable coffee cup to their local café. “There are so many simple ways to reduce plastic consumption that are widely available to us, and we hope this movement draws attention back to what’s possible with just an extra minute of effort,” she said.

To learn more about the campaign, including the campaign video, ways you too can make a change or to take the pledge, visit, www.itonlytakesaminute.com