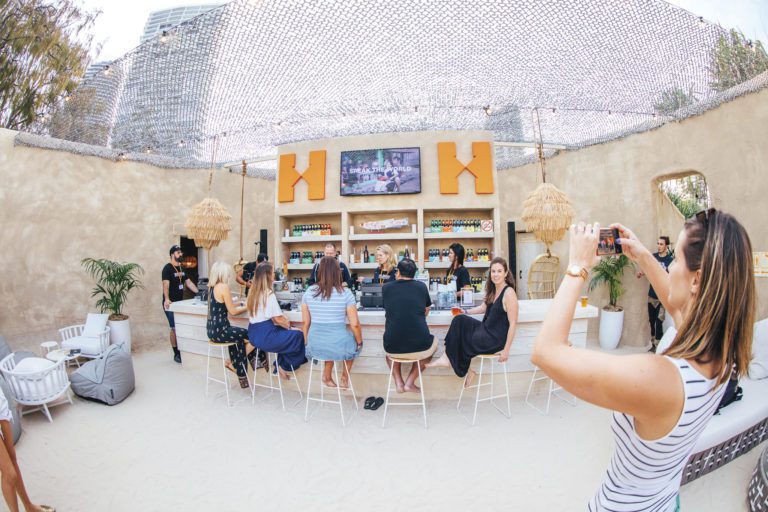 Everything you thought about hostels has changed. The world’s first Sand Hostel was opened to the public on the 20-22 September.
Two exclusive accommodation spaces for guests were open at the venue at Kurrawa Terrace in Broadbeach; an eight-bed dorm and one private double room. There was a variety of food, drinks, live music and activities to enjoy at the opening. 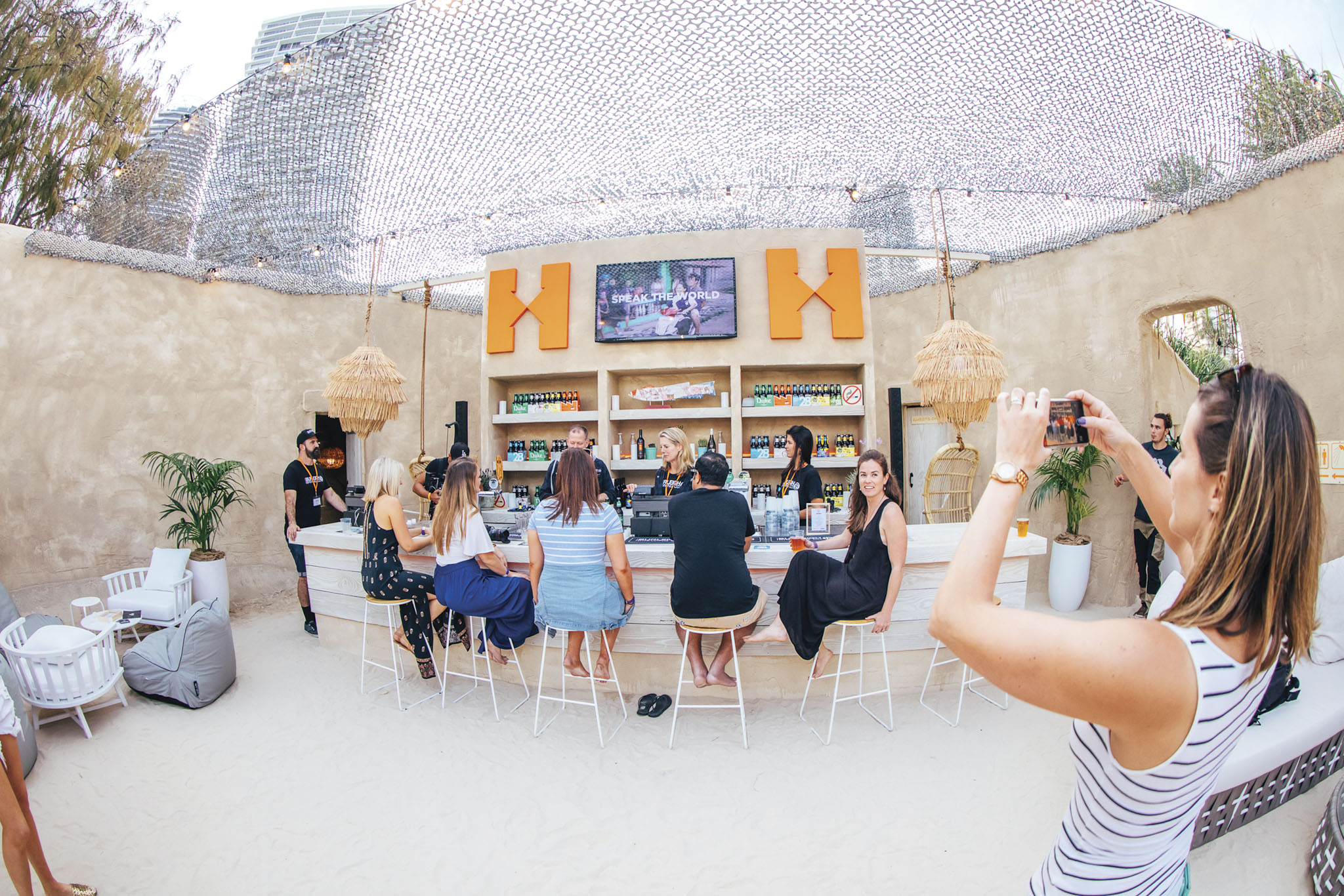 The Sand Hostel was a world-first. It’s a joint venture between Hostelworld, Gold Coast Tourism and Lively Worldwide. Hostelworld is the market leader in youth travel. And hostels, as we all know, are about affordable prices and the unmistakable buzz of social hubs.
“The Sand Hostel came about as both ourselves and the Gold Coast wanted to create something that had never been done before, that people could truly engage with and as such take away unforgettable memories from,” says Hostelworld’s Head of Acquisition, Niall Walsh. 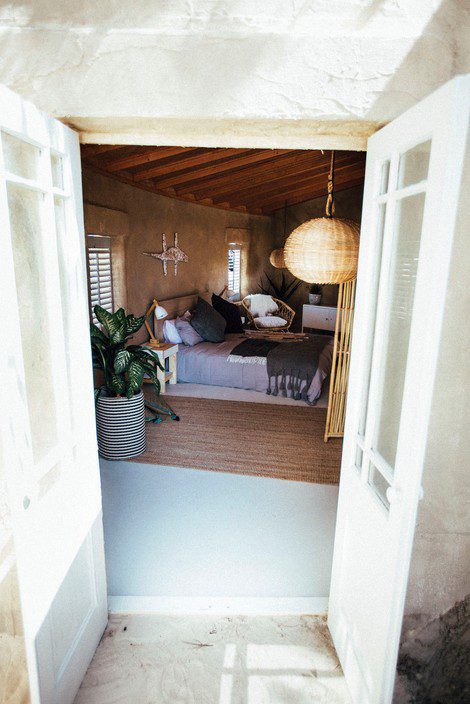 “We’ve worked with a number of exceptionally talented people to bring this to life and we believe it does an incredible job of both showcasing the modern hostelling experience whilst also highlighting the incredible things The Gold Coast has to offer to young travellers who want to explore Australia.” 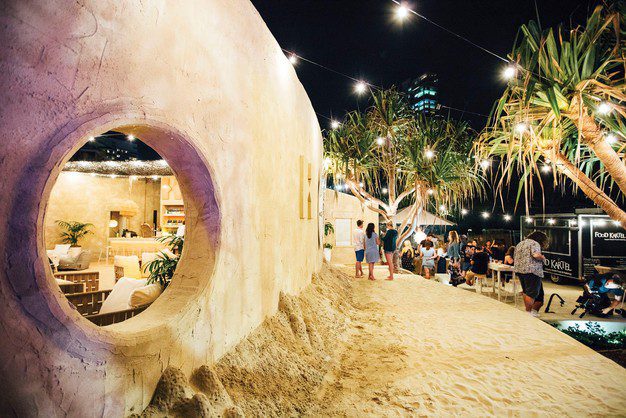 Gold Coast Tourism Executive Director Corporate Affairs and strategy, Dean Gould adds, “This partnership with Hostelworld is not only fun and innovative but celebrates one of the most important visitor markets for the Gold Coast.”
A whopping 24 tonnes of sand was used to create the Sand Hostel. It towered four meters tall and took three weeks to build.
The impressive structure was created by production designer Jon Dowding, whose feature film achievements include Mad Max and The Blue Lagoon, and world champion sand sculptor Denis Masoud