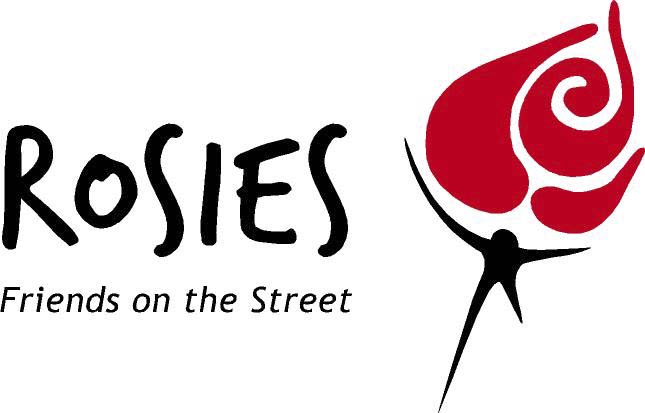 The recent donation of quality custom-made swags to Rosies – Friends on the Street is helping to keep the winter chill at bay for many of the Gold Coast’s homeless.

According to Rosies Gold Coast Coordinator Wendy Coe, the winter months offer an added challenge to those facing the struggle of surviving life on the streets.

“It’s always a challenge anytime for those on the streets, but the cold is particularly hard to deal with for the homeless who have no shelter and nowhere to go,” says Wendy.

“Thanks to funds raised by the Gold Coast Lads Lunch appeal – initiated by local solicitor and philanthropist Dan Marino – the swags were ordered and delivered to Rosies in May ahead of the Coast’s winter season.

“The swags are a key tool in helping those living on the streets to stay safe and warm.” 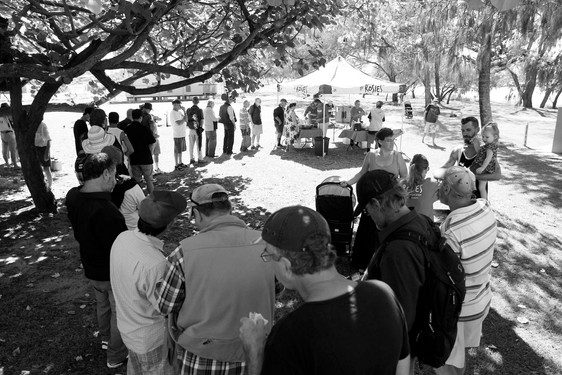 Wendy points out that the backpack-style bed design of the swags provides comfort with a padded mattress and protection from the elements. They are water-resistant and have insect screens. They also offer convenience allowing patrons to pack up and store their personal belongings securely and quickly.

“The swags include lockable inside pockets for mobile phones, wallets and other small items,” adds Wendy. 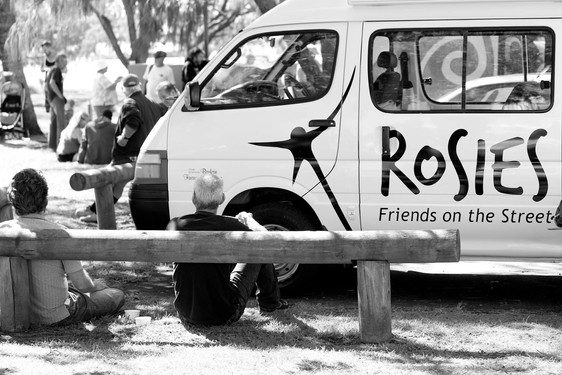 “Rosies is grateful to Dan Marino and the Gold Coast Lads Lunch for their concentrated effort in raising $50,000 for the swags.”

The distribution of swags is just one of many ways that Rosies reaches out to the homeless on the Gold Coast.

Handsome, hard-working and possessing a genuine heart for the local community, well-known Hickey Lawyers co-owner and partner Dan Marino is an inspiration to those willing to reach out to those in need.

Dan is the founder and a key driving force behind the Gold Coast Lads Lunch initiative which raises funds for a number of worthy charities.

The 37-year-old says part of the inspiration for the initiation of the Gold Coast Lads Lunch was a chance encounter he had with a homeless man while in search of his lost Golden Retriever a few years ago.

“The experience had a huge impact on me, opening my eyes to a world of loneliness and destitution right in my own back yard,” says Dan. “I started asking myself how I could help people like the person I had come face to face with who was trying to survive life on the streets.” 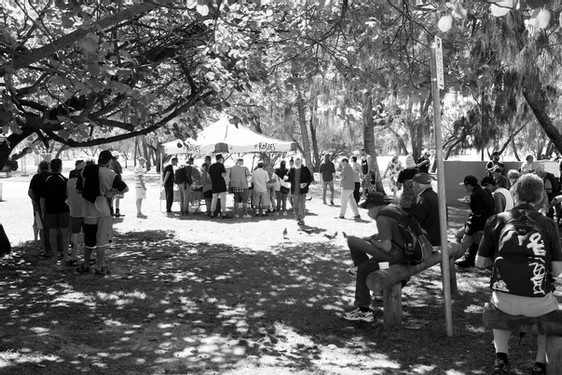 “I spoke with my business partners at Hickey Lawyers about it and without hesitation began the fundraising campaign. Truth be told, I made them all personally contribute to the cause in addition to having our business pay the administration costs to run the initiative, similar to all events I run. Our business (Hickey Lawyers) has always nurtured a culture of giving back to the community, so this initiative was consistent with what our firm represents.”

Dan says its wasn’t long before he had organised the first Lads Lunch event and discovered that there were several young, like-minded professional men in the Gold Coast corporate community that wanted to join him in his quest to raise funds for those in need. 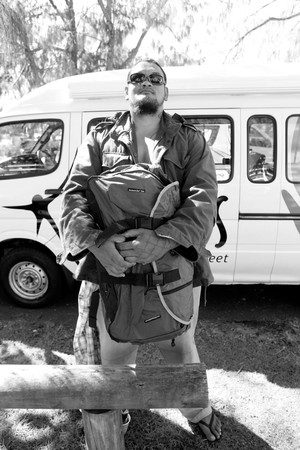 “In the past three years we have raised and donated $350,000 to local charities through the Gold Coast Lads Lunch initiative,” says Dan grinning ear to ear. The $50,000 donated to Rosies for custom-made swags this winter was the result of a three-month fundraising campaign.”

“It is very humbling that people now come to me asking to be a part of these fundraising opportunities, especially as it’s getting harder to get that charitable dollar.”

Dan says those who come on board and contribute their time and money through the not-for-profit fundraising Lads Lunch initiative know that every dollar raised stays on the Gold Coast. 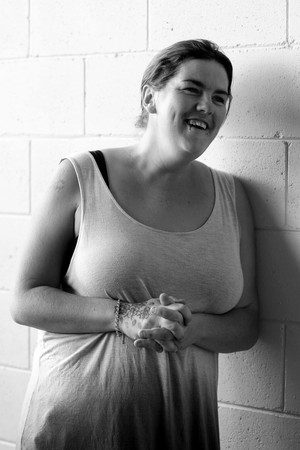 “When you see the results of what that money does – like how the swags play such an integral role in helping the homeless be safe, comfortable and, at the least, get a good night’s sleep it’s really worth the effort.”

For many of us it’s easy not to see, or choose not to see, the world of destitution that co-exists in our community. Yet, Rosies – Friends on the Street reports that over around 20,000 people are deemed homeless each year in Queensland alone.

Yes, there are homeless people right here on the Gold Coast who rely on organisations like Rosies – Friends on the Street and the humanitarian hearts of the people who work within them.

The Rosies framework includes people who are intuitive, dedicated, resourceful and mentally tough. Wendy Coe is one of those people.

In her role as Rosies Gold Coast Coordinator, Wendy sees the plight of men and women, and in particular young people, struggling to survive life on the streets every day.

“Homelessness can be temporary or long-term depending on individual circumstances such as an unforeseen accident, health problem or life event that leads to unemployment, or losing the shirt off your back with no resources or place to go,” she says. “In particular domestic violence is a big issue affecting many women and children that can create homelessness.

“Rosies offers support through its street outreach program which operates in Southport and Surfers Paradise, and also with its Southport-based drop-in centre which is open on weekdays.

“While Rosies assists in providing affordable food, swags and other resources, it’s just lending an ear to listen to a patron that can be the most valuable service you can offer. These people need a friend – they are often battling despondency, are lonely and desperately need someone to talk to.”

Wendy, who left behind a career in the property industry 12 months ago to work with Rosies on a full-time basis, had her own brief encounter doing it tough many years ago, having found herself in a homeless situation at the age of 13.

“I understand first-hand what it means to find a friend when you hit hard times, says Wendy.  “Rosies provides the family that some of our patrons don’t have!”

When she talks about seeing positive changes in the lives of some of the people she has worked with in the past year at Rosies, one person who immediately comes to mind is Tara, a 31-year-old mother of five.

“Tara has made wonderful strides – she has so much potential,” says Wendy whose eyes suddenly fill with tears. “She is showing great strength and promise in getting her life back on track.”

Tara’s story began in Melbourne where she and her partner were battling drug addiction. They moved to the Gold Coast six years ago to start afresh. The relationship with her partner failed and while living on the streets Tara inadvertently found Rosies.

Akin to a sense of being lost and then found, Tara says Rosies gave her hope and the courage to find her own direction. Yet it has been an increasingly uphill battle that has seen her endure another relationship break-up, having to put her five children (which include four-year-old twins) into care, and slowly conquering the demons that would draw her back into drug addiction.

“Today, I have a home, in government housing and I’m studying for a diploma in Community Services. It’s my goal to one day work as a volunteer with Rosies,” says Tara smiling.

“The study is hard work – I left school at the end of Year 8, but I really enjoy it! It’s part of the bigger picture, and my desire to get my life fully back on track, be completely drug-free and to have my children with me again!”

“The effect Rosies, and Wendy, have had on my life is big! I come to the drop-in centre every day – every day! And it’s different at Rosies every day. There are different people here to talk to, and different information or resources that all help.

“They helped me with clothing, food, a place to come to for support and so          much more and I’m so thankful to Rosies, and especially Wendy. If there is one thing I would ask of the local community it is to keep donations coming in to help Rosies do what they do so well.”

Facts about Gold Coast Rosies – Friends on the Street

Rosies Gold Coast outreach was established in 1987. The street outreach services Southport and Surfers Paradise. Rosies volunteers work to help patrons feel that they are not alone in their community, and help them meet basic needs so that they are able to reach a more stable base from which to move forward in their lives.

The Rosies drop-in centre in Southport is open on weekdays, and offers a $2 lunch daily. Low-cost food boxes are also available, as well as other basic items.

Rosies also has a room in the Southport Courts, providing tea, coffee and snacks every weekday morning. Additionally, the organisation provides BBQ breakfasts and lunches a few times per week in the Southport area.

Donations can be left at the Rosies Southport drop-in centre on the corner of Hicks and Davenport streets, in the carpark opposite the Southport Courthouse.