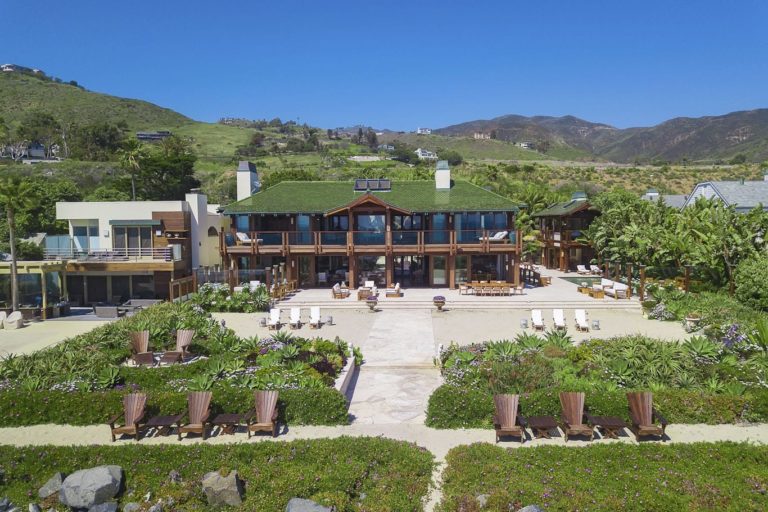 A standout as the fifth “Bond, James Bond,” Pierce Brosnan held on to the elegant lifestyle long after his Bond tenure ended in 2002 as the owner of a stunning and exotic Thai-inspired compound on 117 feet of oceanfront in Malibu. Spaciously and thoughtfully laid out with clean lines and killer ocean and beach views, it recently went on the market for a Bond-worthy $100 million. 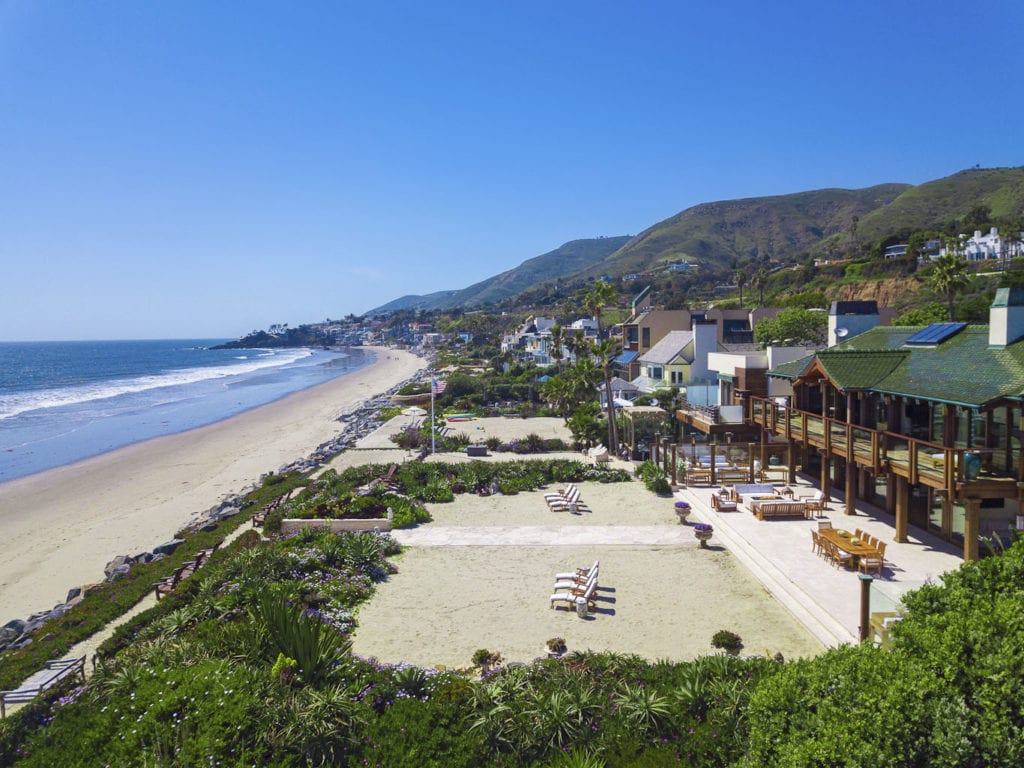 An example of Bond-style good taste, likely acquired by his exotic travels to countries where indoor/outdoor architecture is an elevated art form, Pierce and wife, Kelly Shaye Smith, built the almost 13,000-square-foot compound on property they purchased in 2000, then spent ten years to finish and gave it the name “Orchid House.” 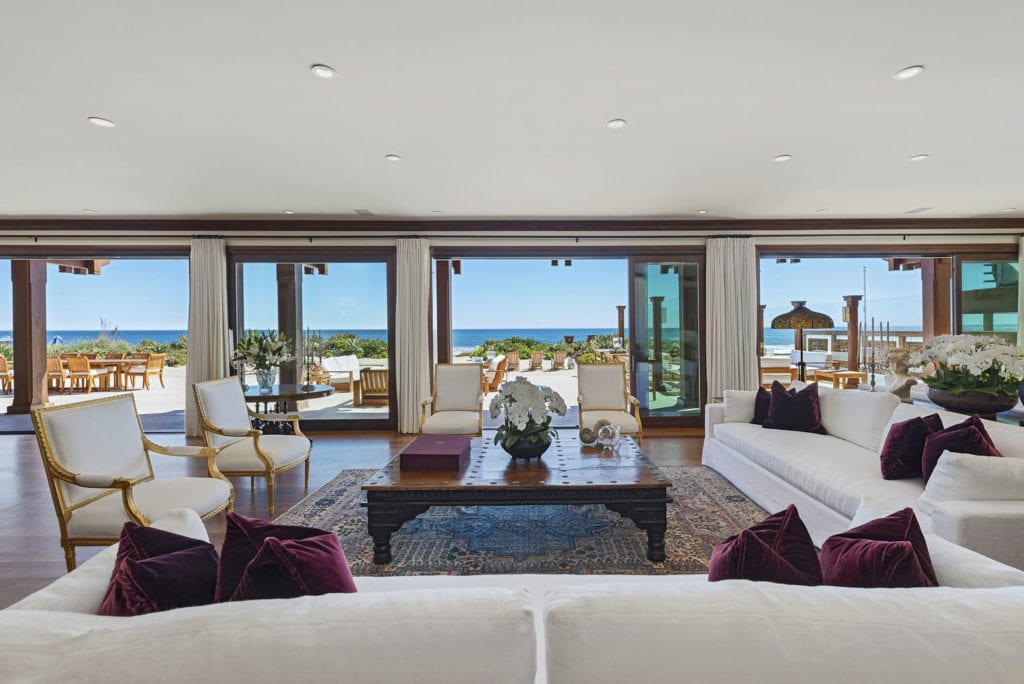 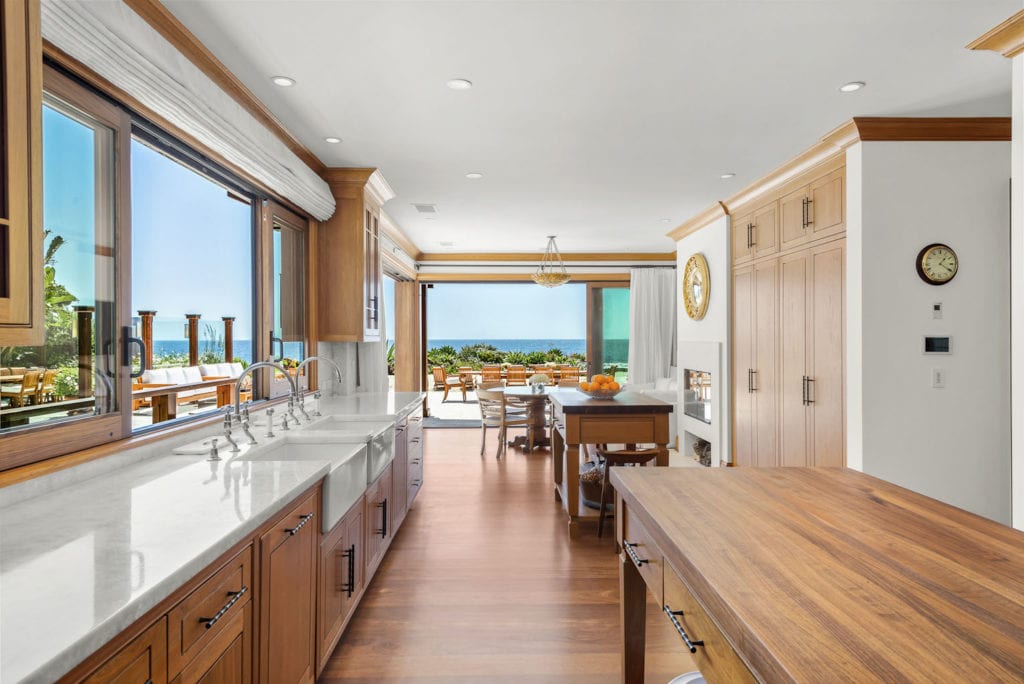 The home theater has a bar and tiered seating. Another wing contains a large mirrored gym, sauna, steam room, Japanese soaking tub and cold plunge. The upper-level master suite has his-and-her baths, dressing rooms and two more fireplaces. It also has a large deck for ocean viewing. Outside is a large open deck for entertaining along with a separate living and dining area with windbreaks if needed. The pool in front of the two-story guest house is saltwater, the landscaping has palm trees and perfumed tropical flowers and a path to the wide beach. 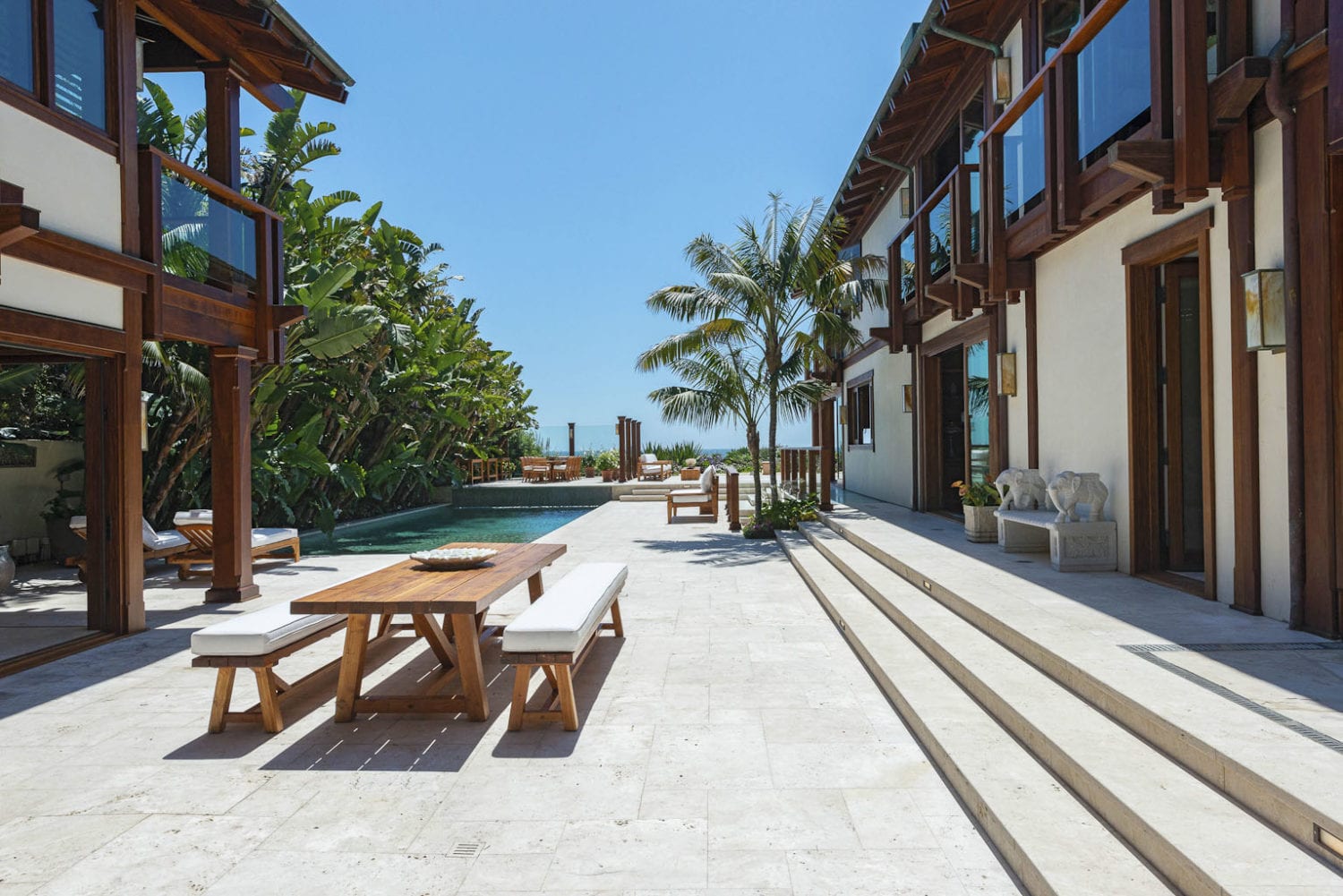 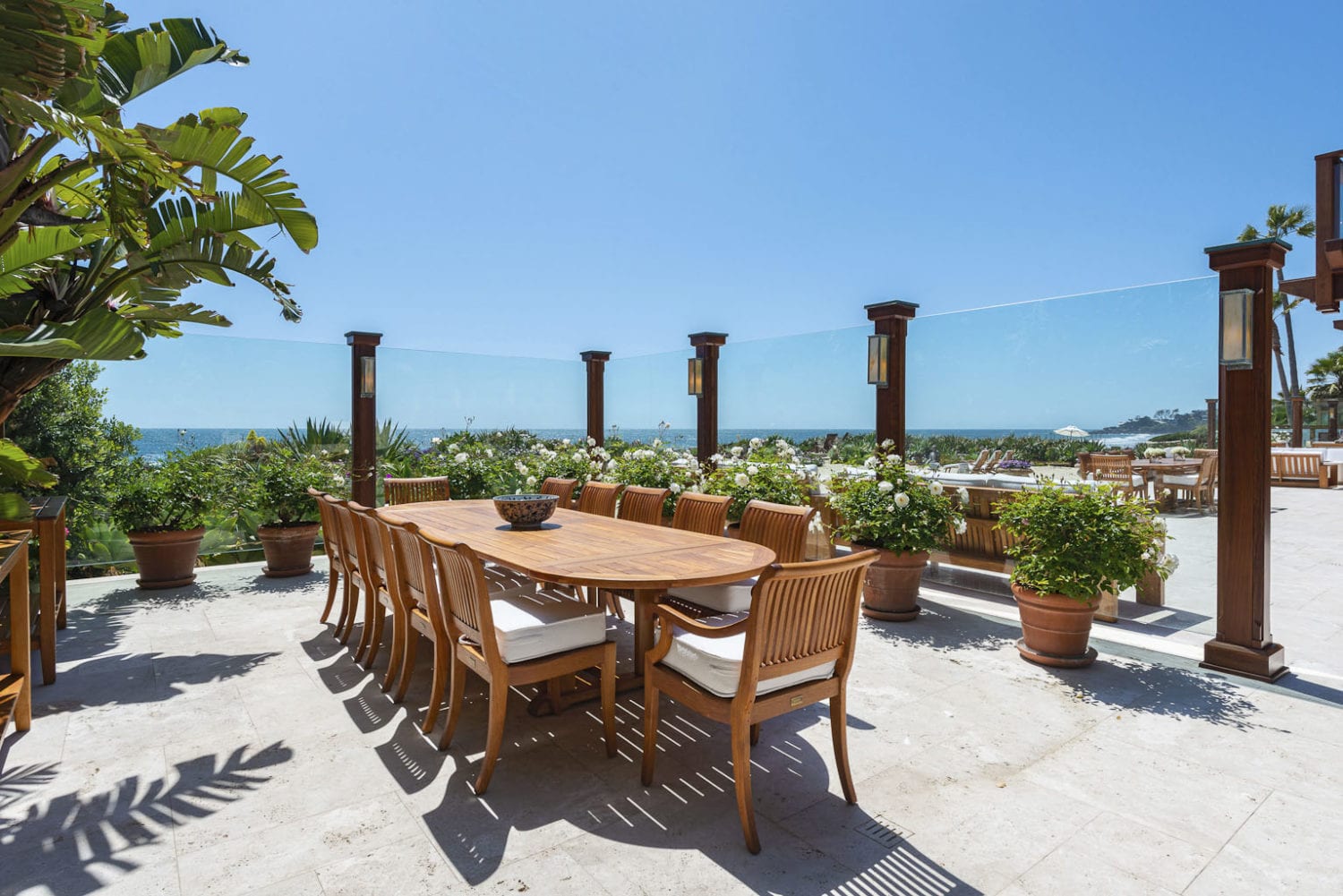 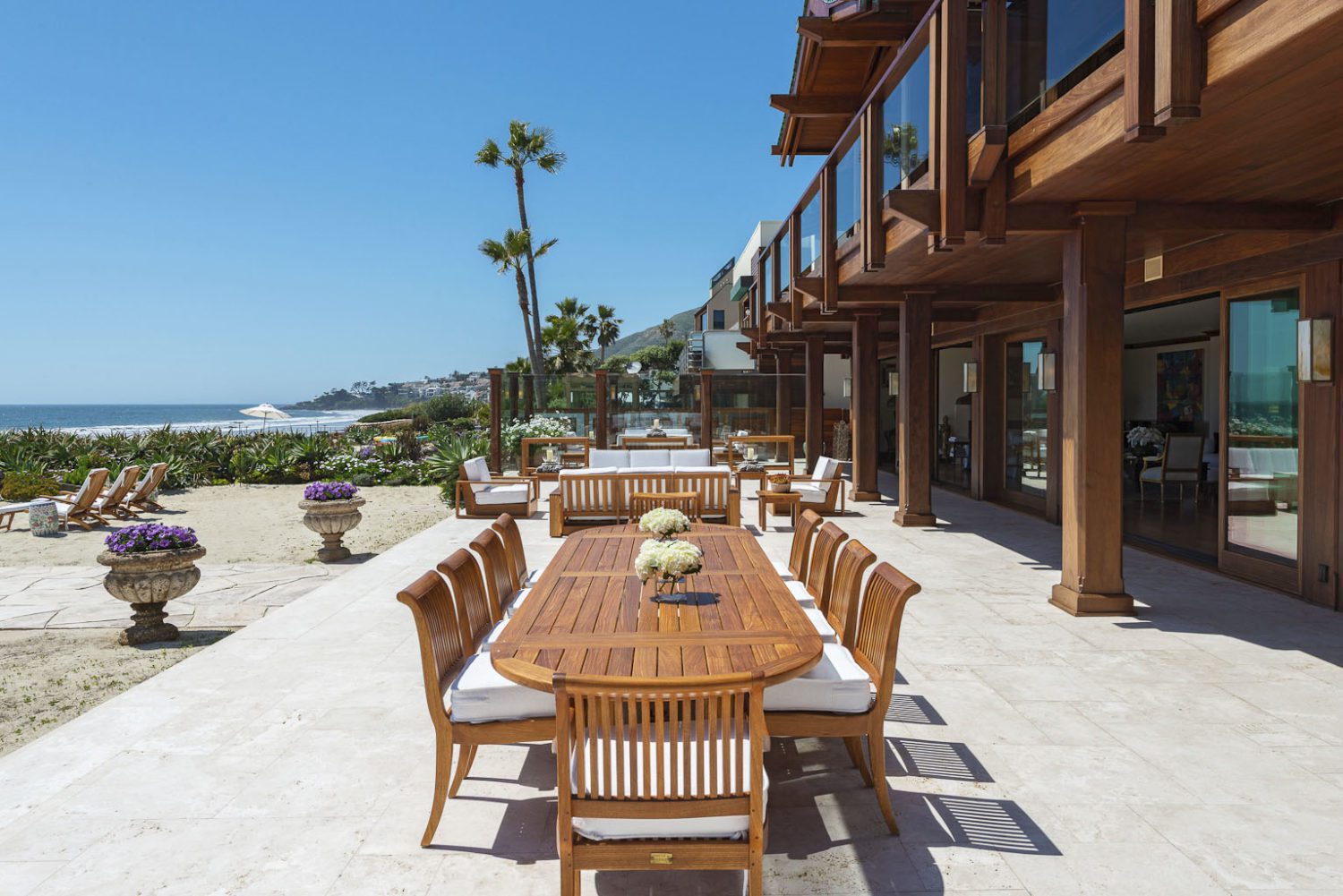 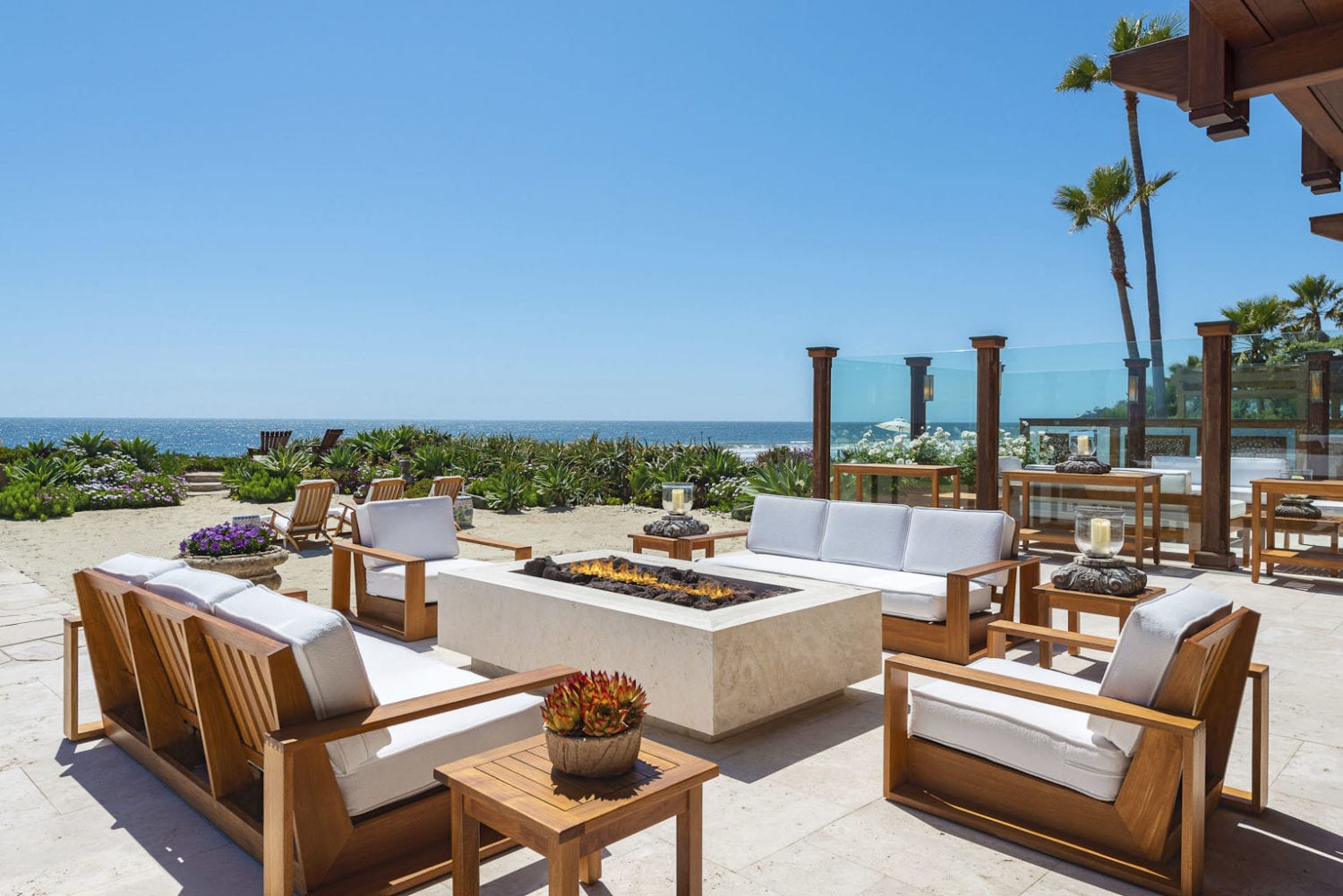 Pierce Brosnan acted the part of James Bond in four films from 1995 until 2002: GoldenEye, Tomorrow Never Dies, The World Is Not Enough and Die Another Day have all become Bond classics. But Brosnan had a stellar career prior to 007 (think Remington Steele and Mrs. Doubtfire), during his spy days (The Thomas Crown Affair), and after Bond (Mama Mia and The Son).  Not one to lounge around, Pierce has five new films scheduled to open in 2021 along with one voiceover for an animated film. 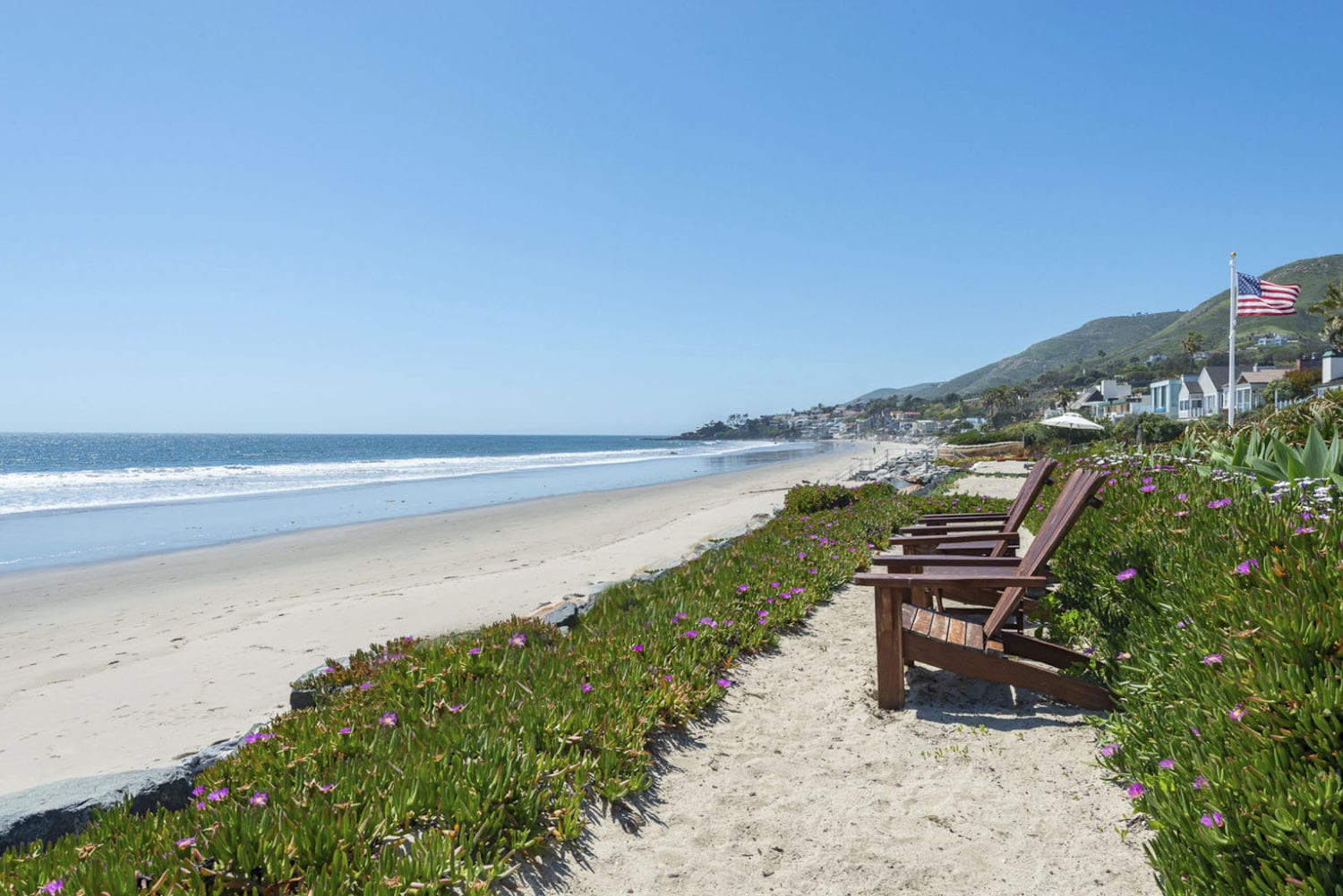 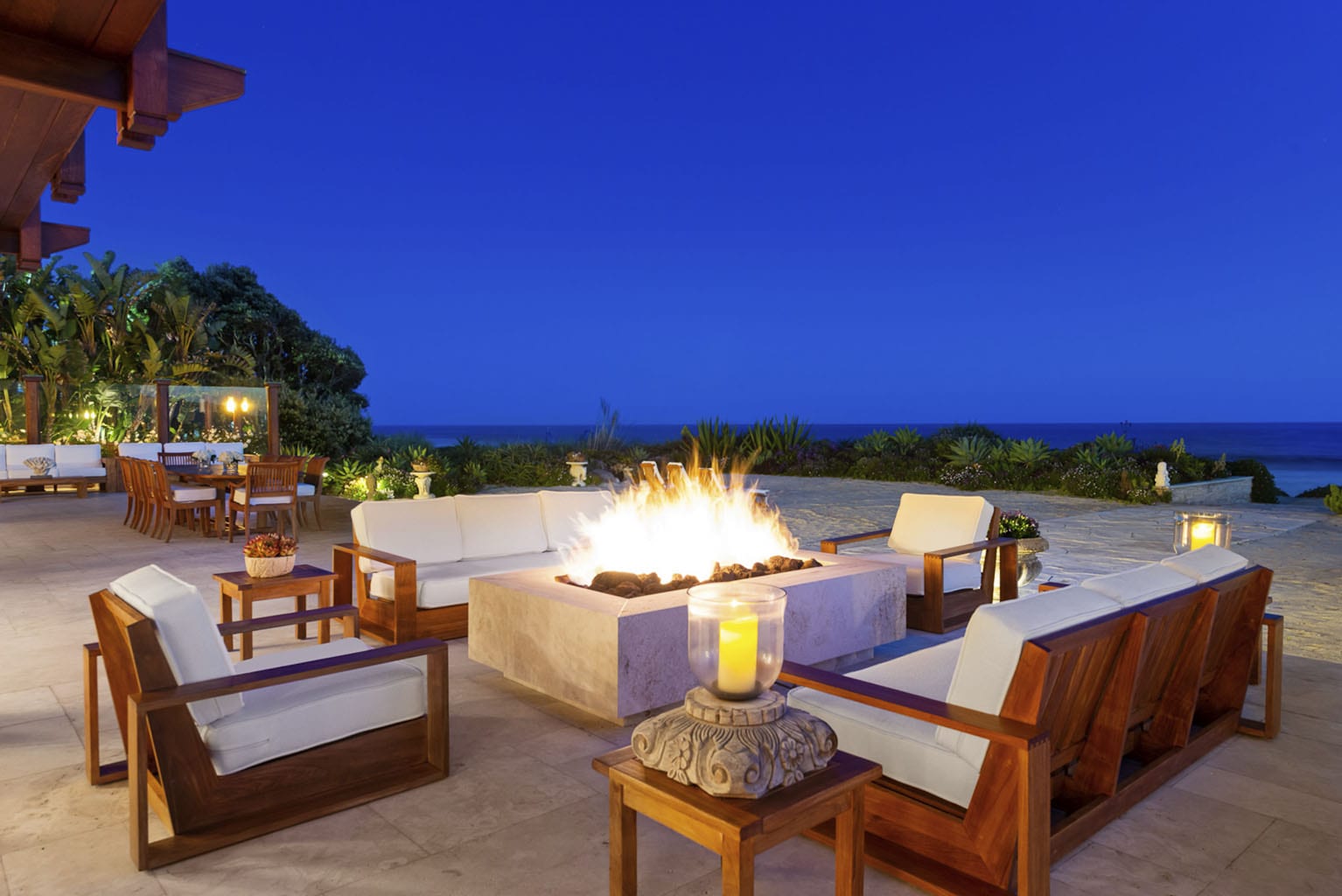 Referred to as the Orchid House, Pierce Brosnan’s Malibu beach complex on over an acre with exotic vibes is now on the market. Priced at $100 million, Chris Cortazzo of Compass holds the listing. 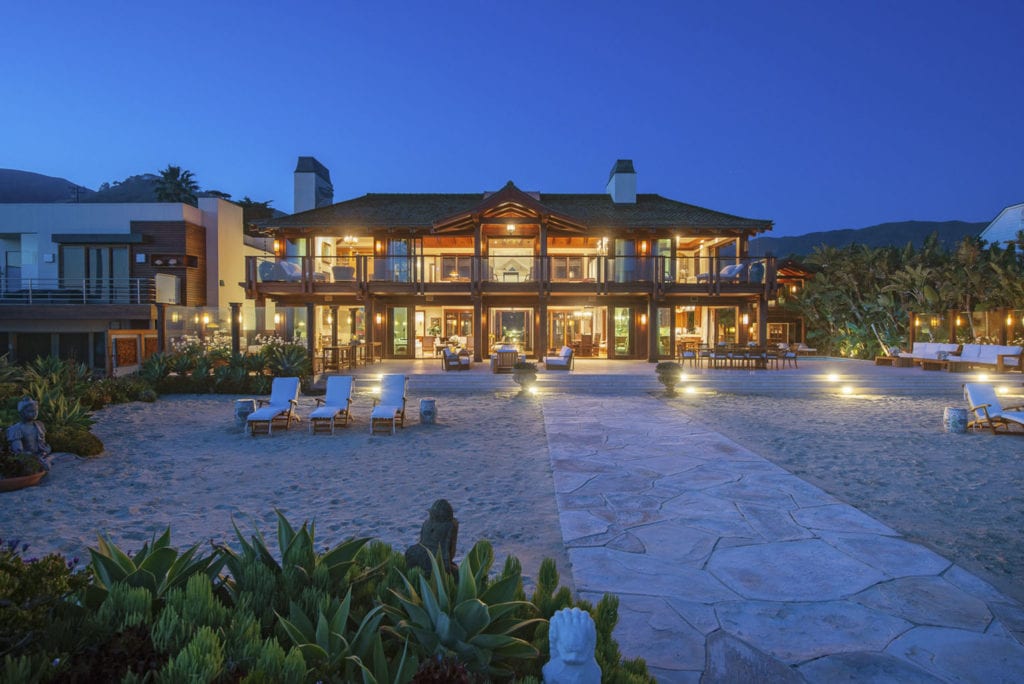