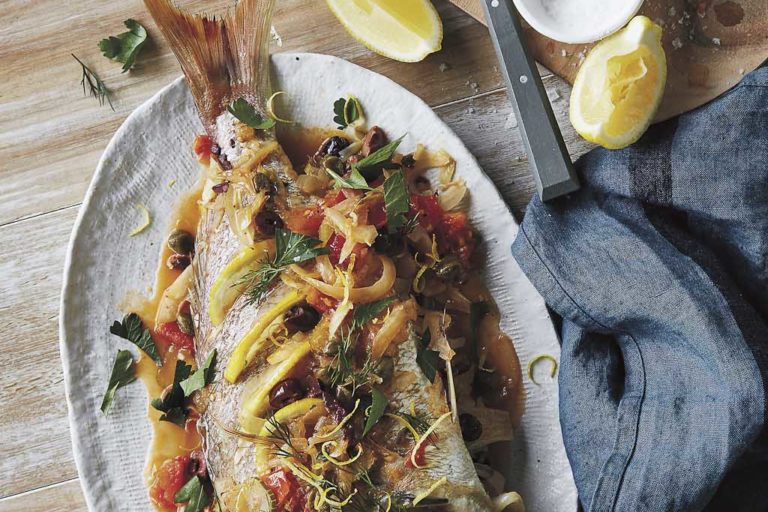 I came up with this dish when Mum brought over a beautiful whole snapper, and I needed to make do with whatever was in the fridge. But as Darren would say, that’s when the magic happens! Luckily, I’d been to the farmers’ market a couple of days before, so I had some fennel, tomatoes, olives and capers knocking around. The beauty of this dish is that it takes about 15 minutes to prepare the sauce, using only one pan, then you pour yourself a vino and put your feet up while the oven does the rest. 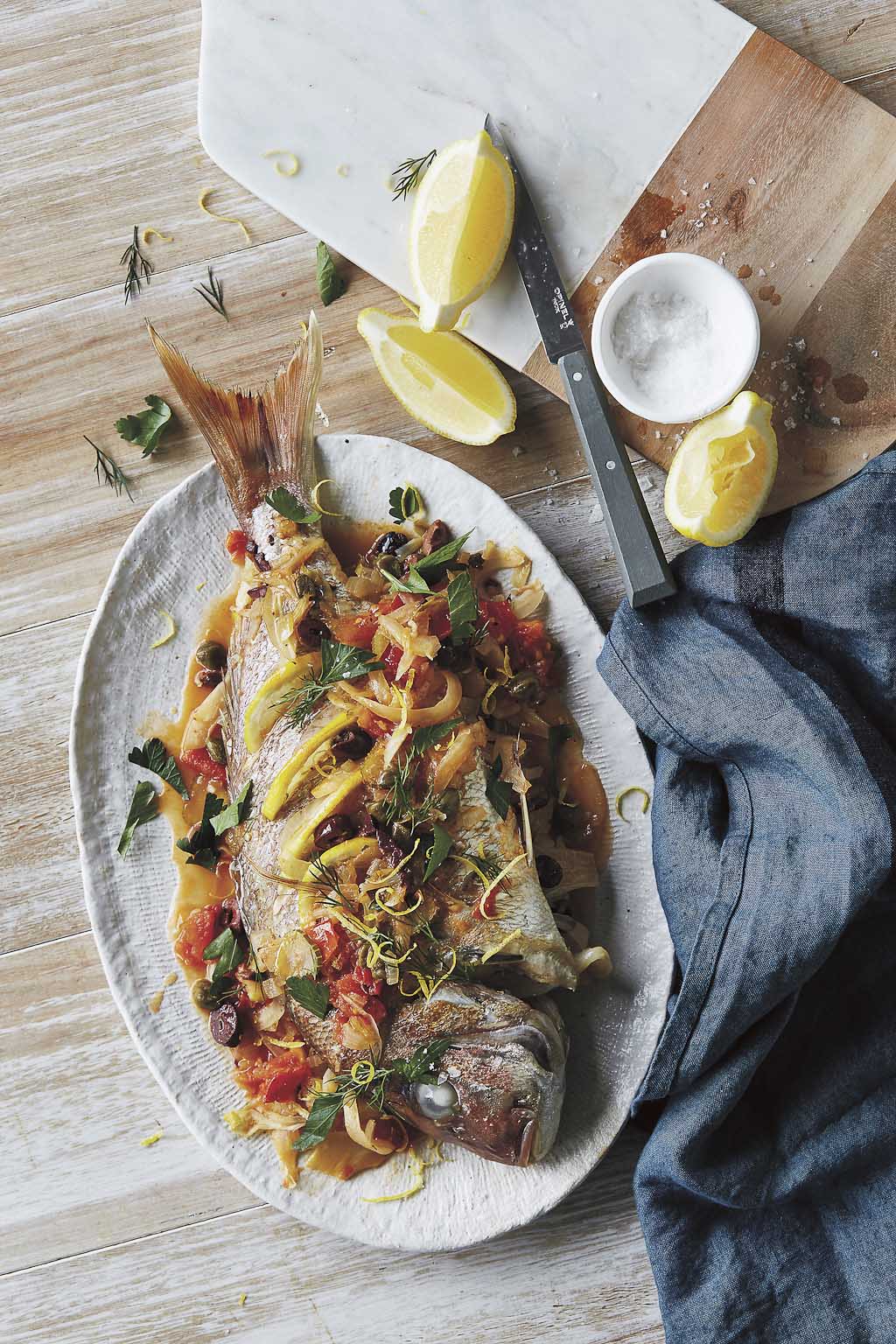 Heat the ghee in a large ovenproof frying pan over medium heat. Sauté the

garlic, onion and fennel for about 10 minutes, until soft. Stir in the tomato,

olives and capers (if you’re not frying them), season to taste and cook for

about 2 minutes until the tomato starts to fall apart and create a sauce.

until the wine has reduced and the sauce smells divine.

Meanwhile, zest the lemon, then cut it in half and slice one of the halves into

semi-circles. Set the remaining half aside.

Score the fish 3–4 times diagonally on both sides, making the incisions on

one side large enough to fit the slices of lemon.

Remove the pan from the heat and place the fish on top of the sauce,

spooning some of the mixture over the fish and into the cavities. Push the

lemon slices into the scored incisions. If the fish is too big for the pan, cut

off the tail or head and put it back in the pan – don’t throw it away! Cover the

meat thermometer). If you’re cooking a larger snapper (say 1 kg), it will take

around 25–30 minutes. Remove from the oven, discard the foil and squeeze

the remaining lemon over the fish. Serve, topped with the lemon zest, torn

parsley and dill. Season with sea salt and pepper and serve immediately.

To make crunchy capers, omit the capers from the sauce then, while the fish is baking, toss

over medium heat until crisp and golden brown. Scatter over the top of the fish when 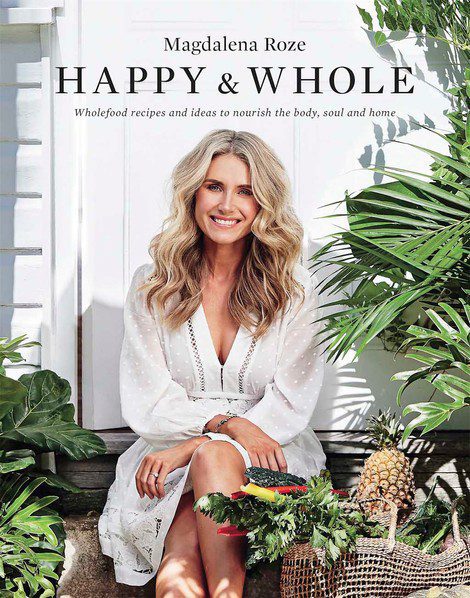 Magdalena Roze’s debut cookbook is all about enjoying food, the natural way. It is also about achieving a balanced lifestyle with simple rituals that nourish the body and soul, and teach us the importance of slowing down, bringing an element of simplicity and wholeness into our lives.

Magdalena’s food is simple, nutritious and delicious. Many of her recipes are based on traditional wholefoods or ‘foods with a function’ that not only taste great but also have great health benefits…

Wholefood recipes and ideas to nourish the body, soul and home.

“This book is about the joy of cooking and sharing food, slowing

down and moving towards a more natural and balanced way of

nourishing ourselves. It’s all about a commonsense approach

that focuses on real, unprocessed, nutrient-rich foods that make

us feel good and are as close to their natural state as possible.” – Magdalena Roze