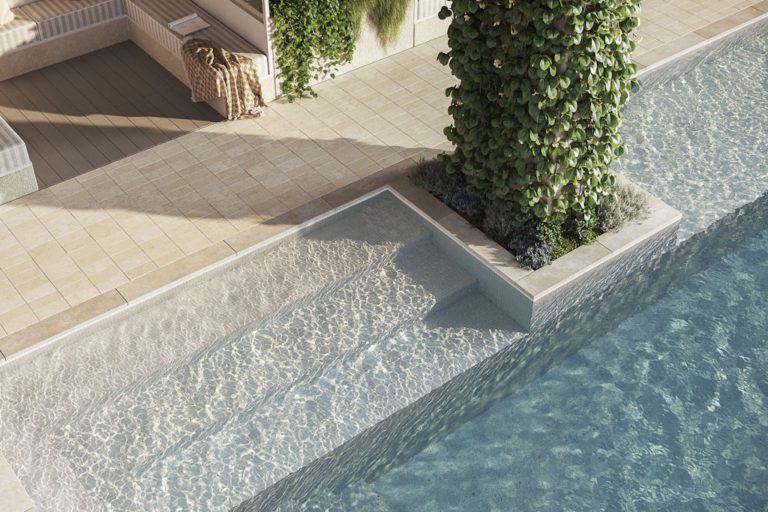 ‘Millionaire’s Row’ could soon be rivalled by a new luxury benchmark as a $200 million collection of residences hits the market just metres behind the famed Hedges Avenue beachfront strip.

An exclusive pre-release of Melbourne-based developers Hirsch & Faigen’s highly anticipated ‘Yves’ Mermaid Beach has this week rocketed onto the market, offering buyers a chance to snare their share of 145 apartments contained in the developer’s signature architecturally acclaimed design. 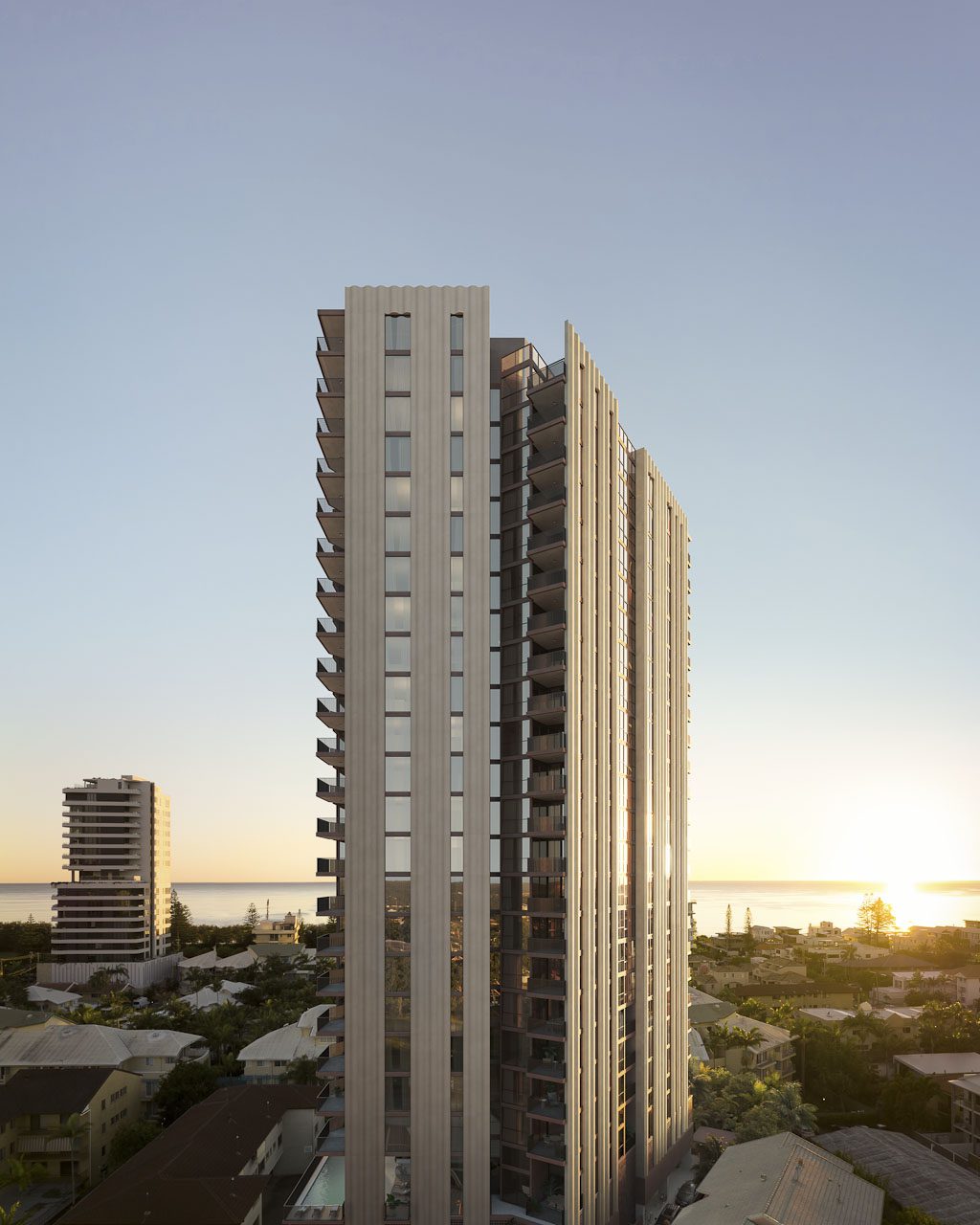 “We are delighted to be bringing a third Gold Coast project to market off the back of two consecutive successes on the southern coast,” said Hirsch & Faigen director Richard Hirsch.

“We have a fundamental belief in this prestigious pocket of the Gold Coast, and are excited to introduce our unique take on modern luxury to a market that is on the brink of exploding once the well-heeled interstate buyers make their way into the state.”

Prices for Yves apartments will begin at $540,000 for a 1-bedroom unit and climb to $5.5 million Yves’ most premium offering.

Yves will be home to a lavish resident’s only amenity collection complete with 20m lap pool, kids garden, fully equipped gym and yoga studio, wellness spa and sauna as well as a private rooftop sky lounge and wine bar.

Crowning the Mermaid masterpiece will be the prized penthouse – spanning 335 sqm of internal space, plus an additional 71 sqm of private external living, the expansive sky home will comprise of 4-bedrooms, MPR, study, 4.5 Bath, and 3 car spaces while boasting a coveted NE perspective over the Pacific Ocean and city skyline.

“The penthouse is set to rival it’s Hedges Avenue neighbours in both prestige and indulgence, with its 26th floor positioning unlocking panoramic views across the city and beachfront, from a residence that makes absolutely no compromise on luxury,” said Mr Hirsch.

“Residents will receive access to the best of Broadbeach’s enriching dining and entertainment scene from their contemporary residence set in the skies of the city’s most sought beachside suburb.” 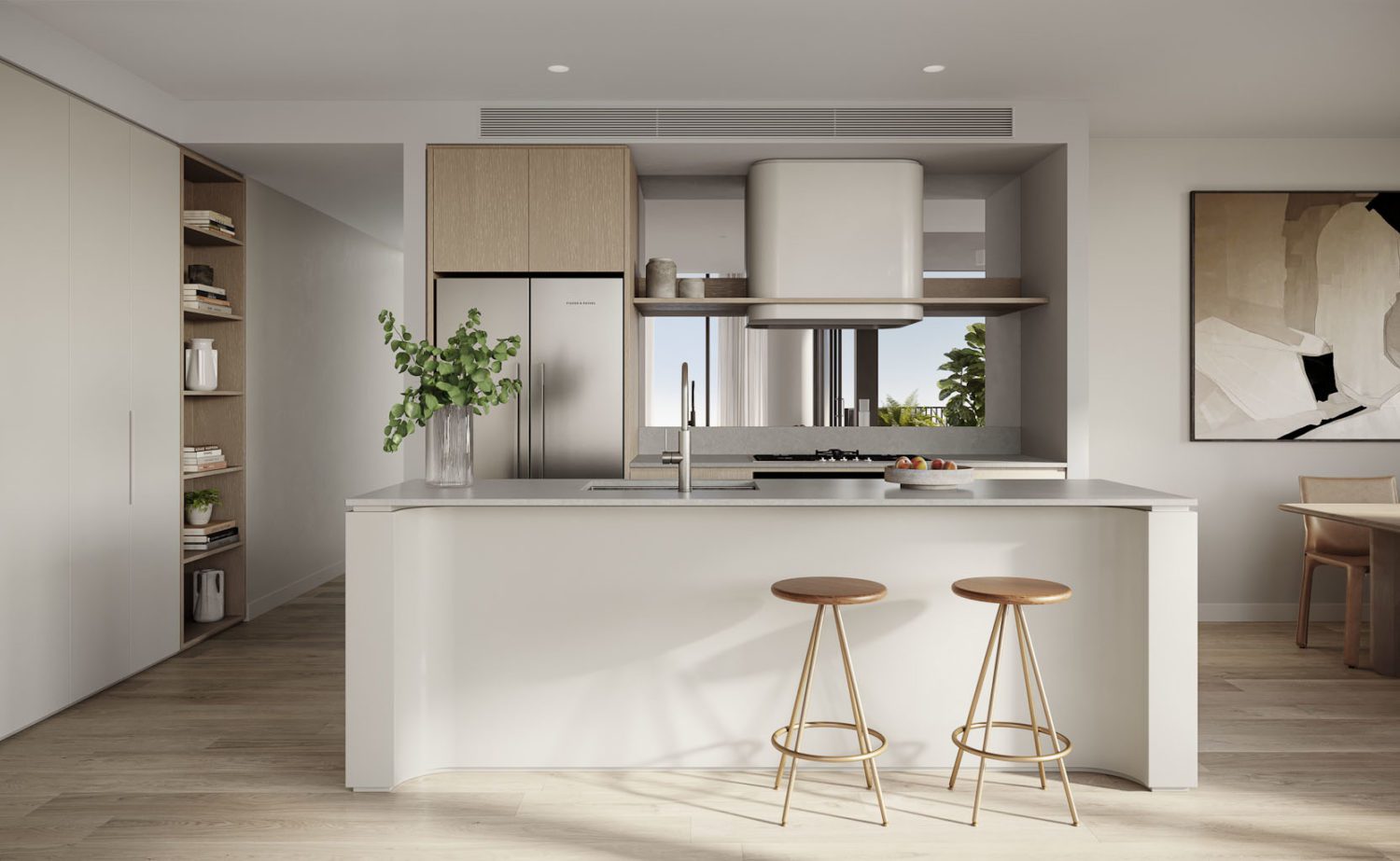 Tucked in a secluded residential enclave at the northern end of Mermaid Beach, Yves’ residents will be perched within a stone’s throw from the beachfront, Pacific Fair Shopping Centre, convenient lightrail access, and an array of local cafes and restaurants.

Yves marks a third partnership on Gold Coast soil between Rothelowman and Hirsch & Faigen who have become synonymous with their timeless take on high rise design.

The company’s most recent foray into the Kirra beachfront with its $85 million ‘Emerson’ has been eagerly received by buyers, reaching a 75% percent sell out since its August launch.

Emerson will deliver just 27 apartments over 13 levels, leveraging a unique north facing aspect to gaze across a canopy of Norfolk pines onto the famed Kirra surf breaks, crowned by one of the most opulent penthouses the suburb has ever seen.

Hutchinsons Builders has been appointed to deliver the $75 million Hemingway Palm Beach and $85 million Emerson Kirra following a spree of sales across both developments. 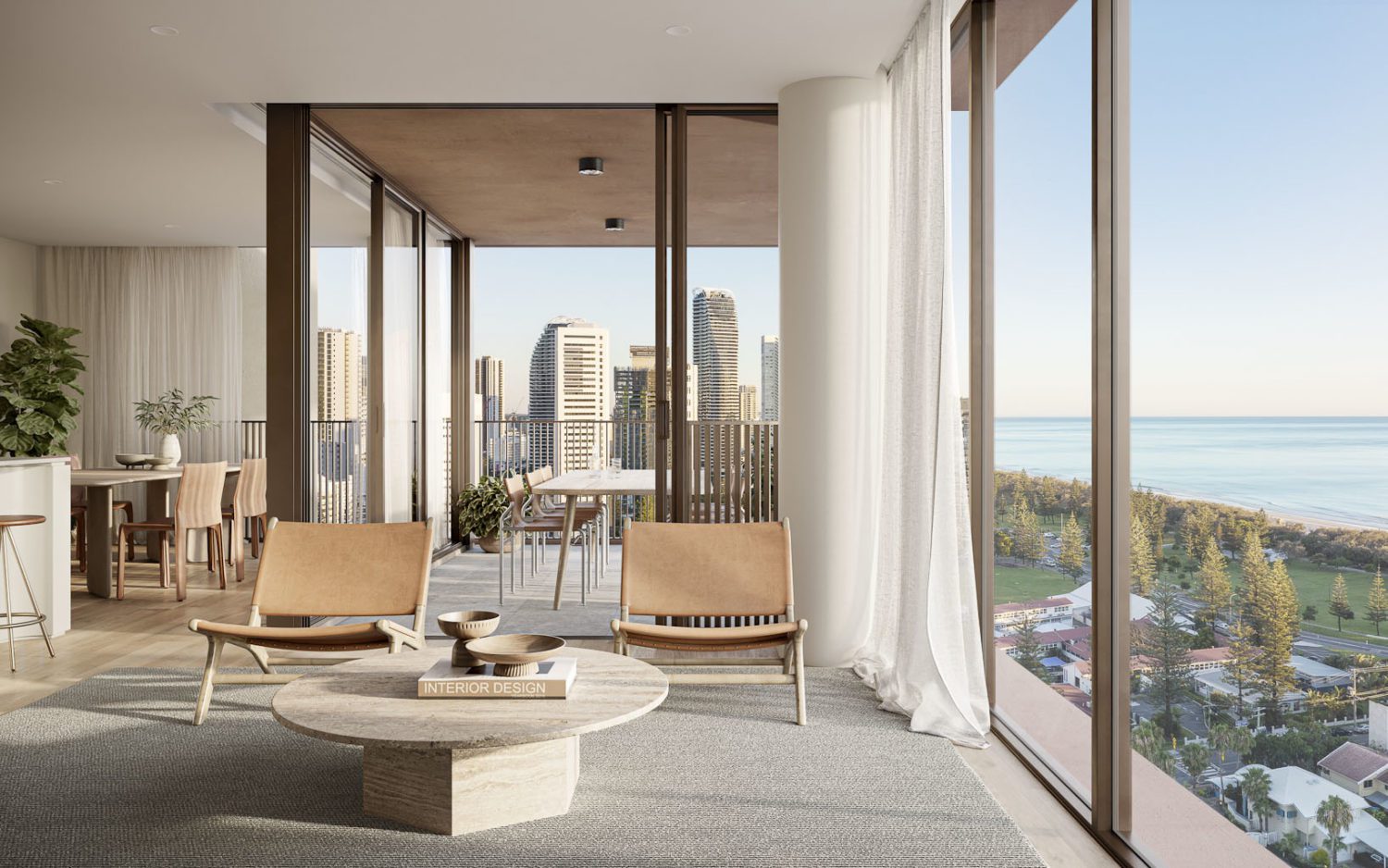 The two projects are projected to create a total of 400 jobs across the Gold Coast during the construction phase.

Construction on Emerson is due to commence in early 2022 with completion scheduled for mid-2023, while construction on Hemingway is underway with an expected completion date of September 2023.