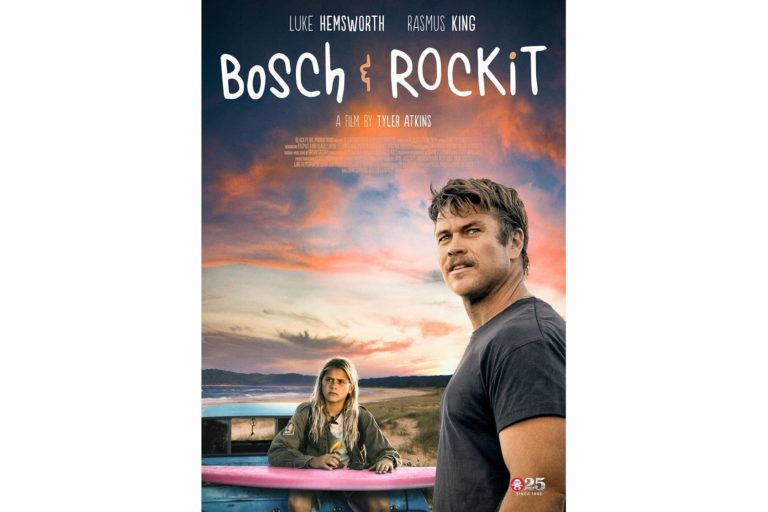 In the late summer along the Australian coast, young father Bosch hits the road in a hurry to avoid a run in with the law. In tow is his teenage son Rockit, who believes he is on a magical holiday with his father. BOSCH & ROCKIT is a journey through boyhood and manhood and an unforgettable true story about love, forgiveness and the powerful bond between a father and son.

SYNOPSIS
Filmed at iconic Byron Bay, against the canvas of Australia’s famous east coast surf beaches and rain forests, BOSCH & ROCKIT is a raw and unapologetic exploration of unconscious parenting and the deeper themes of love, forgiveness, and relationships.
Set in the late 1990s, before the era of smartphones and social media, BOSCH & ROCKIT is a powerful story told through the eyes of a young teenage boy. As Rockit grapples to understand why his Mum’s not coming home, he embarks on a magical holiday with his father, Bosch, only to discover they’re actually running from the law.

While on the run, they struggle through unbelievable circumstances only armed with hope, courage, and determination. Bosch gives his all trying to protect his son. Rockit struggles to come to terms with the hand he has been dealt. Unable to attend school because of the ‘heat’ it would draw from the police and with no mother around to nurture him, Rockit turns to surfing and the life that is associated with it as a means of escape. Bosch can only run for so long and eventually his reality catches up with him.

BOSCH & ROCKIT is a film that exposes the devastation that unconscious parenting and addiction can have on a family, it is a story that ultimately gives us hope that no matter what our circumstances are, we will find a way through.

Told through the eyes of a young boy, BOSCH & ROCKIT will take us on an incredible journey from boyhood to manhood. 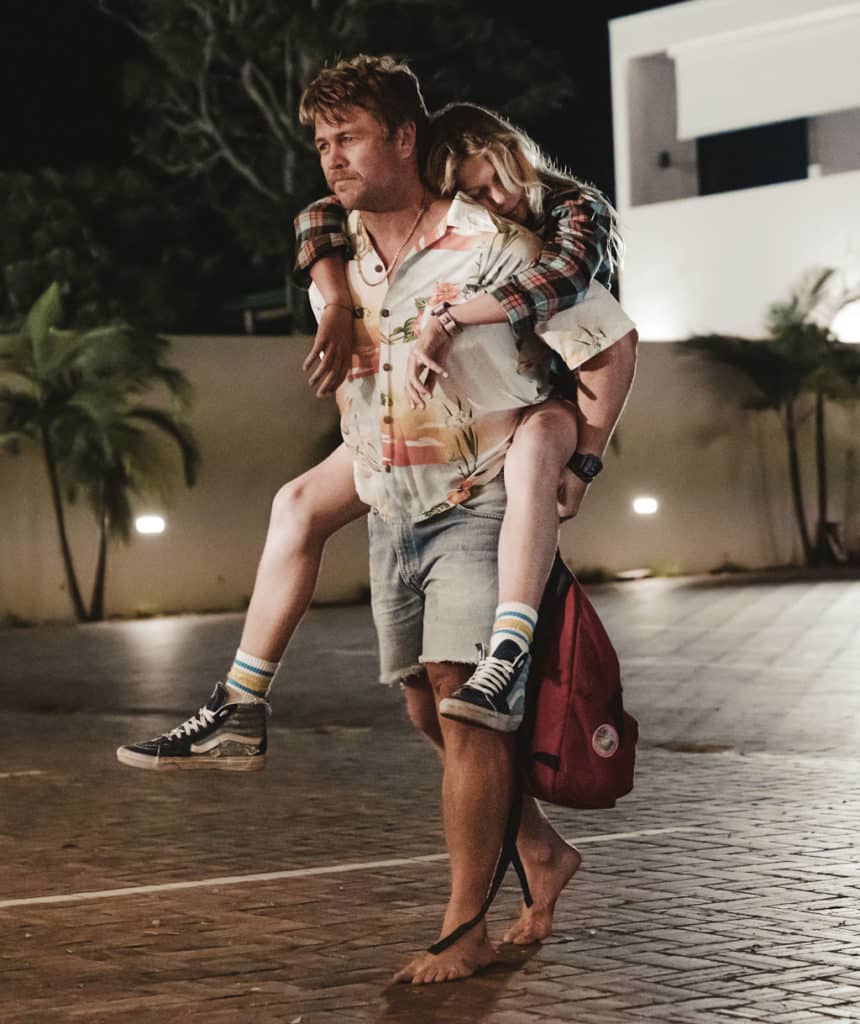 DIRECTORS’ STATEMENT
BOSCH & ROCKIT is an evocative, poetic drama that explores forgiveness, human connection, self-understanding, the depths of struggle and the powerful life-affirming effect of love.
Based on a true story, I set out to design a feature film that quenches the thirst for meaningful cinema and illuminates the desperate need in humanity to re-examine and understand love. BOSCH & ROCKIT explores the concept of ‘chasing’ happiness by diving into the upbringing of a teenage boy, our protagonist; Rockit.
I chose to tell the story through Rockit’s eyes because I believe this perspective adds power to a story that explores the concept of parenting versus the reality of being a kid in today’s society.
My aim is to uplift, motivate and inspire audiences to forgive ourselves and others. 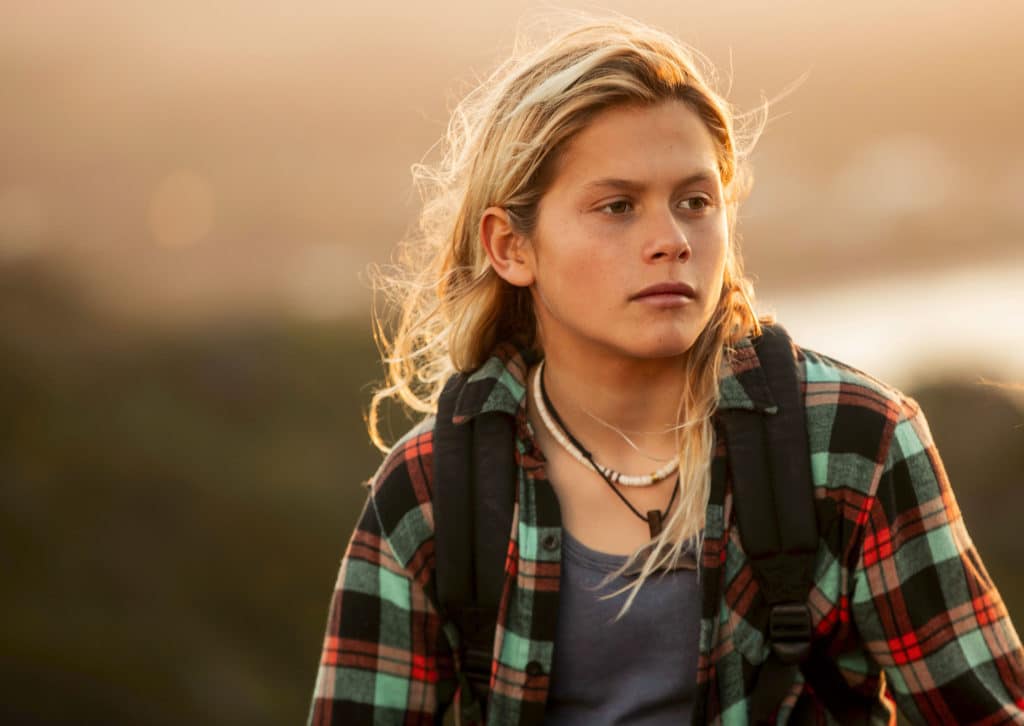 TYLER ATKINS – WRITER, PRODUCER & DIRECTOR
Tyler Atkins is an award-winning filmmaker who embraces life with spirit and joy. He has surfed and lived around the Australian beach culture since he was born. A dedicated Sikh, he does Kundalini Yoga and meditates every morning before sunrise, which maintains his healthy attitude towards life and living.

Tyler just completed production on his debut feature film, BOSCH & ROCKIT, which he wrote, directed and produced. He shot it throughout the COVID-19 pandemic, being one of the first productions to successfully shoot through the worldwide pandemic. The film, set to be released in early 2022, is already receiving rave reviews from industry professionals.

In 2019, Tyler worked on the upcoming TV series, Shantaram, for Apple TV+. He began in the Writers’ Room under Eric Warren Singer (American Hustle), then moved to the Director’s Team, assisting Justin Kurzel (Snowtown). They filmed on set in India and Melbourne with Oscar winning Cinematographer, Anthony Dod Mantle (Slumdog Millionaire).

LUKE HEMSWORTH, BOSCH
Luke attended the National Institute of Dramatic Arts (NIDA) in Melbourne, then made his acting debut in 2001 as Nathan Tyson in the Australian soap Neighbours. Luke starred in several other movies and TV shows in succeeding years, including The Reckoning and The Anomaly, but struggled to make an impact in the industry. Seeking financial security, Luke took a break from acting and put up his own flooring business. He even hired his brothers Chris and Liam as employees! He tried his hand at acting once more, and eventually broke into Hollywood, but not initially as an actor. Instead, he became Chris’ personal fitness trainer for Thor: The Dark World. After spending many years trying to make it big in Hollywood, Luke finally gained a spot on the critically acclaimed HBO series, Westworld, where he plays security officer Ashley Stubbs. Luke just wrapped filming alongside actor Matt Damon on Thor: Love & Thunder. 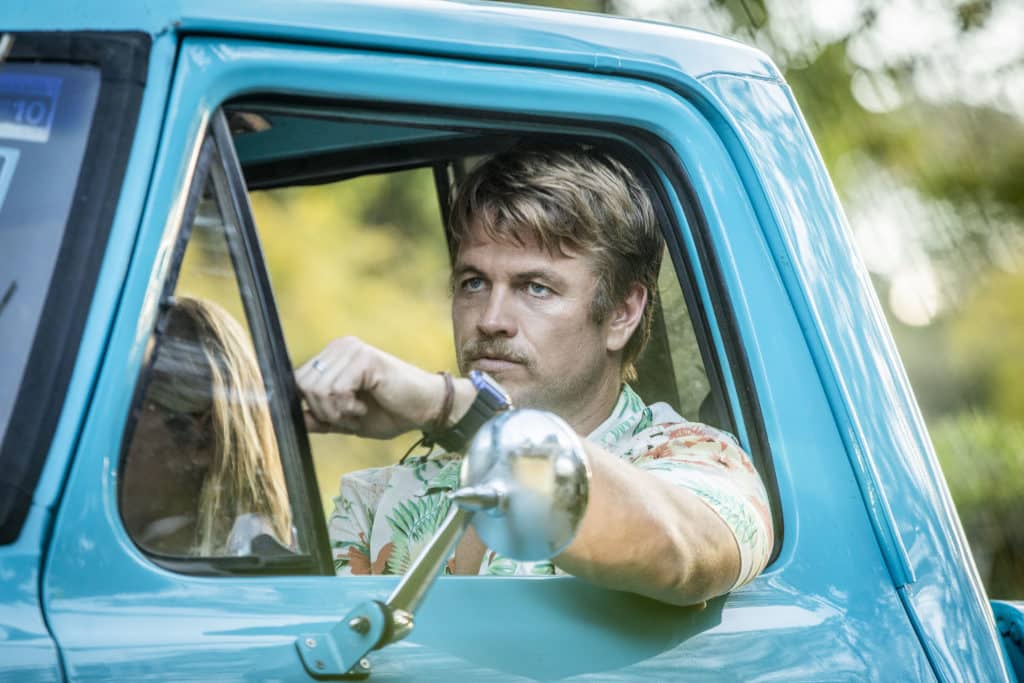 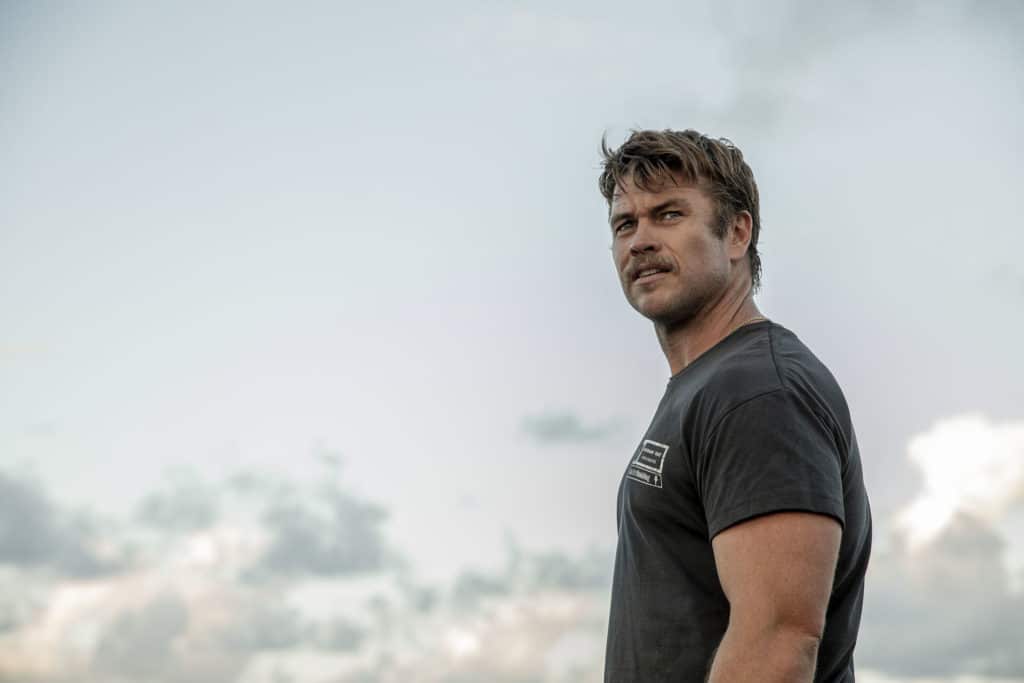 ISABEL LUCAS, DEB
Isabel Lucas is an Australian actress. Isabel has been involved in drama since her early days at school. She went on to study drama at the Victorian College of Arts (VCA) and Queensland University of Technology (QUT). She never auditioned for roles until she was discovered by her agent in 2002. She auditioned for the part of Kit Hunter on Home and Away. She spent 3 years playing her first television role and won a Logie Award (for New Popular Talent) for her performance. In 2008, she moved to Los Angeles. Her breakthrough role came in Transformers (2009). Isabel is known for her roles in Home and Away, Transformers: Revenge of the Fallen, Daybreakers, The Waiting City, The Pacific, Immortals, A Heartbeat Away, Red Dawn, The Loft, The Water Diviner, Careful What You Wish For, Knight of Cups, and That’s Not Me. LEEANNA WALSMAN, ELIZABETH
Leeanna Walsman is an Australian actress. She is best known for her role as Zam Wesell in Star Wars: Episode II – Attack of the Clones (2002), for playing Carly Bishop in the Australian film Looking for Alibrandi (2000), for her role as Erica Davidson in the Australian television series Wentworth, and for her starring role in the mini-series Jessica. Walsman also starred in Home and Away: An Eye for an Eye (2015), which aired on subscription channel Presto. Leeanna was most recently seen starring in Penguin Bloom alongside Naomi Watts. 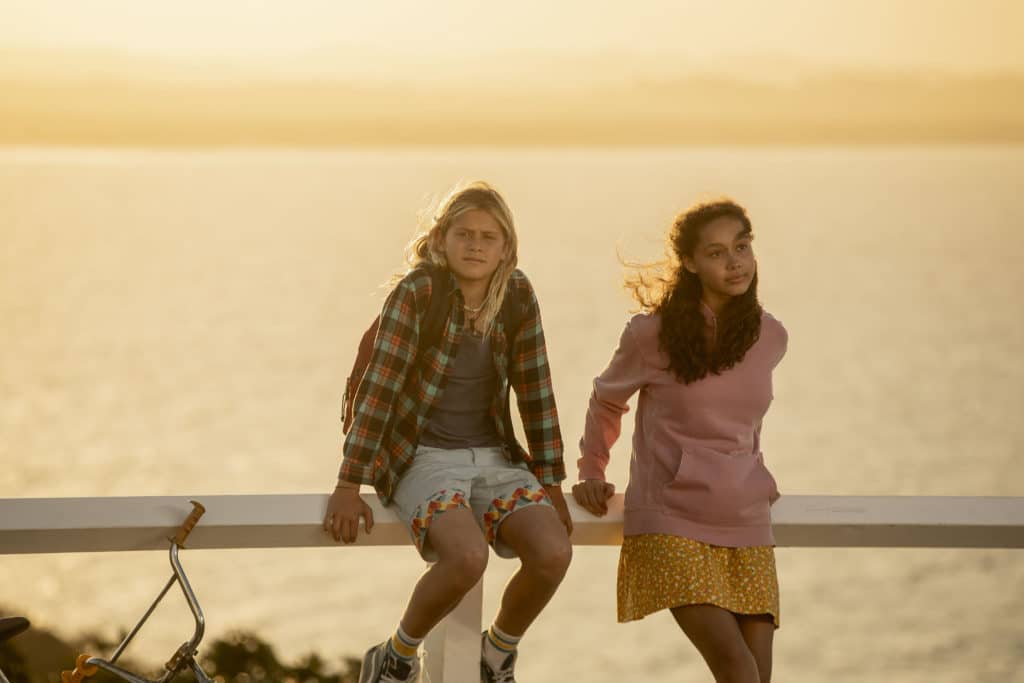 RASMUS KING, ROCKIT
Rasmus King was born in Byron Bay, Australia on April 17th, 2005. He is 16 years old. Rasmus is a professional surfer who has spent his life chasing waves around the world with his nomadic family. Rasmus lives between Byron Bay Australia, California, Hawaii, and Indonesia. He has Australian and Danish heritage and is the younger brother of pro surfer Kyuss King. In 2020 Rasmus, had his acting debut playing the lead role as ‘Rockit’ in the feature film BOSCH & ROCKIT alongside Luke Hemsworth, and is currently filming 6 Festivals, an Australian feature film about 3 teens coming of age. He will be seen playing the leading role of “Maxie”. Aside from surfing, Rasmus is passionate about music (drums, guitar and singing), Muay Thai boxing, skateboarding, fishing, and adventuring. Rasmus has been featured modelling in magazines such as Vogue, Marie Claire, and Esquire magazine. Rasmus is also endorsed by some of the world’s leading surf brands. SAVANNAH LA RAIN, ASH-ASH
Savannah has a long list of skills and experience as an Australian Actress and performer, recently wrapping the Australian NETFLIX series, Surviving Summer. She has received 5 International Awards for Best Performance for her role as Elke in the Screen Queensland funded Horror Here There Be Monsters. The film screened in 50 international festivals and recently released on YouTube and has received hundreds of raving reviews including “Savannah Foran-McDaniel produced a performance worthy of an Oscar”. She has graced our screens as Young Mermaid ‘Niai’ on the Children’s TV show Mako Secret Island in 2014 and as a ‘Bad as Ballerina’ on Nickelodeon Slime Cup in 2017. More recently working on 6 Episodes of Totally Wild as a guest presenter she has also worked on many short films, TVC’s Music Videos and Feature Films. Savannah has a professional but fun work ethic and has trained for 13 years in all styles of dance, drama, acrobats and singing.