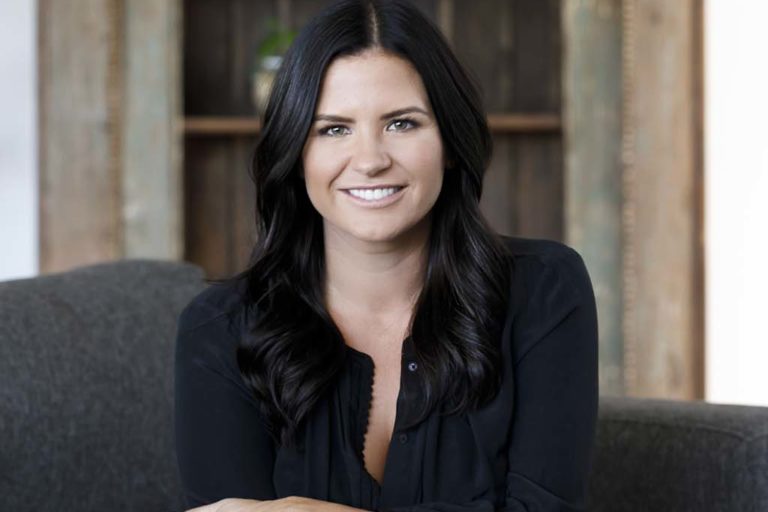 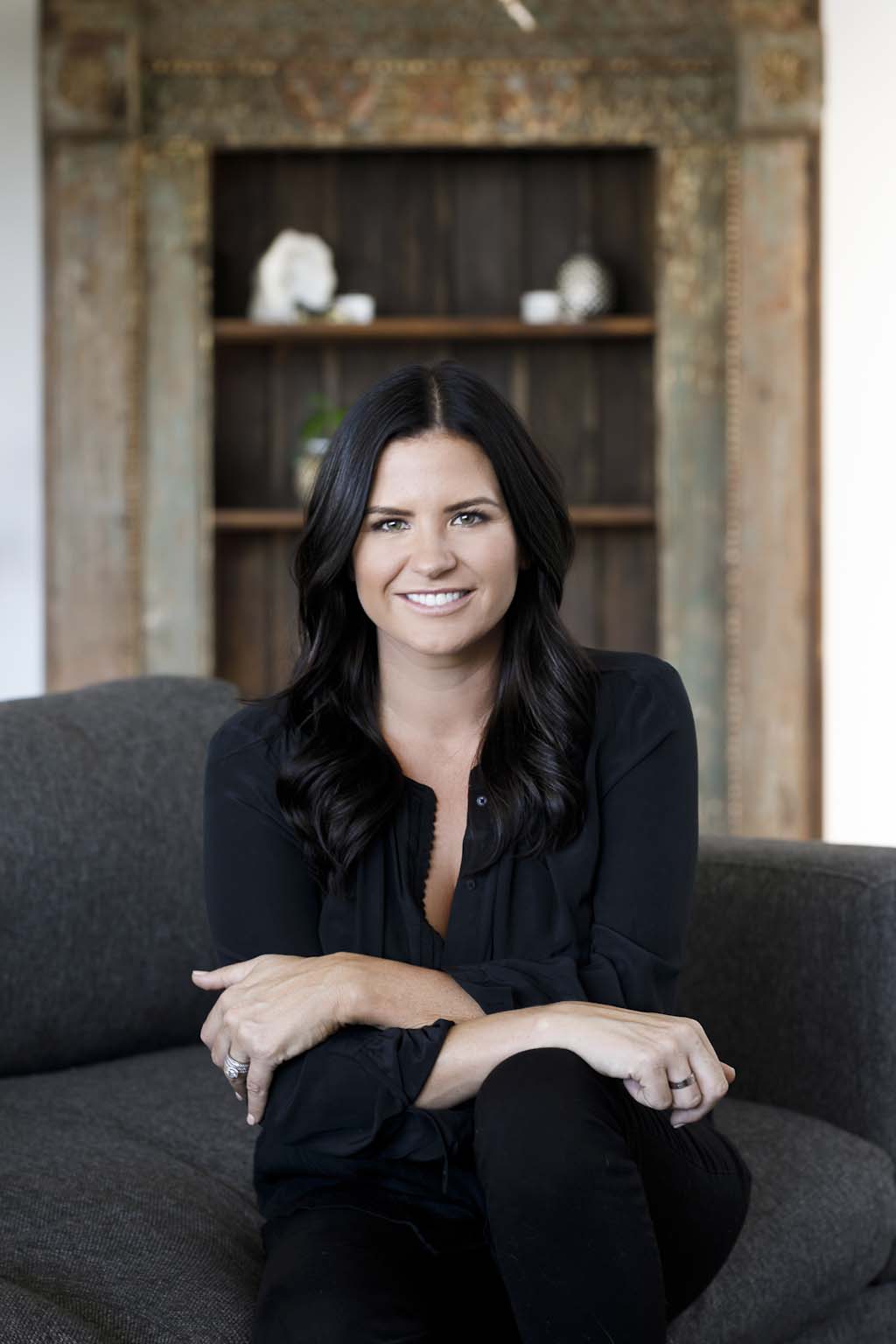 As we all strive to live more mindful lives, our kids also need tools to help them cope with a stressful
world. Its estimated that around one in seven Australian kids experience mental health issues and about half of all serious mental health issues in adulthood begin before the age of 14. (1)

According to the World Health Organisation (2017) depression is the leading cause of disability
worldwide, and figures from ABS (2016) state that eight people on average will take their own lives by
suicide each day in Australia. Furthermore, suicide is the second leading cause of death among 15-29 year old’s, WHO (2017).

At Mindful and Co – Kids, founder Jacqueline Yeats, who has created a business which sells products
that instill mindfulness into children’s daily lives, believes the art of mindfulness has the ability to help
kids survive and thrive. 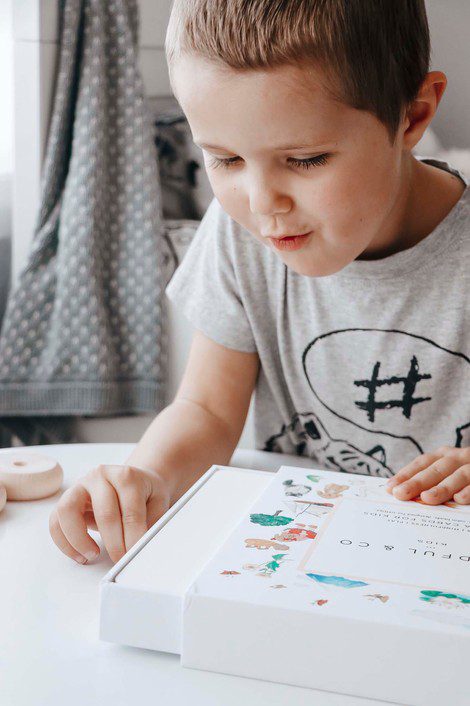 With an accompanying explanation of each pose, how to achieve it, and its benefits on the back of
each flashcard, children not only gain the knowledge they need for their own practice, but the ability to show others how to embrace yoga for themselves.

The card set also includes an instruction card for parents.
“My mission is to inspire, strengthen, and foster happier, healthier more resilient young minds through
mindfulness, with the bigger vision of changing the alarming mental health statistics for young people,” says Jacqueline.

“It’s a way of being that empowers and encourages young minds instead of hindering them, or
barricading them, or telling them to “be realistic” or “toughen up”.
“Mindfulness and yoga for children are coming from a new perspective, from where we, as parents,
aim to teach children a better way of life.” 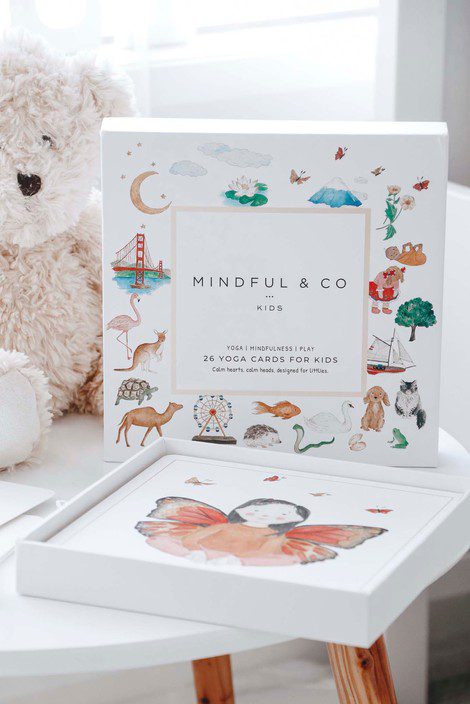 Jacqueline started her business after completing her Master of Counselling and Psychotherapy (with
her research component based on Mindfulness as a clinical intervention for stress disorders) at Bond
University in Queensland. Jacqueline found there was so much research coming out to support
mindfulness as a successful intervention for disorders such as anxiety and depression, that she decided she wanted to teach children at a young age the benefits of mindfulness so they had a tools and strategies to deal with stress later on in life.

Jacqueline began to teach mindfulness and yoga classes to children to test the results she had seen in her research.

“With the mindfulness and yoga classes, I had parents come up to me after only one or two sessions
and say that their children were sleeping better and were happier with less mood swings,” she says.
“They had fewer tantrums and they were using the different exercises practiced in class, including
mindfulness, breathing, gratitude and yoga practices, to self-regulate their emotions, play on their own and overall have more positive interactions with siblings and other family members.”

The products we have created give parents another tool to help calm children in the short and long-
term. It is also a wonderful alternative to screen time.

“Through yoga and mindfulness exercises, we invite our children to connect deeper with themselves,
and the world around them.

“We give them the tools to take into scary situations, difficult relationships, big life decisions, and feel
assured and safe in their choices.”

One parent, Donna, whose son Reid has Autism and struggles with sensory overload, says that by
practicing with the yoga cards Reid has been able to self-regulate his emotions.

“Reid actually goes for the cards himself because he knows that will help him calm down,” Donna says.

“We’ll see him in the lotus position for 90 seconds, getting into a calmer zone!”

The product has been so well-received they are already wholesaling in Australian, New Zealand and
Hong Kong and Yeats is getting enquiries from the United States, the United Kingdom and Canada.
They have also been popular with day care centres and family daycare centres. 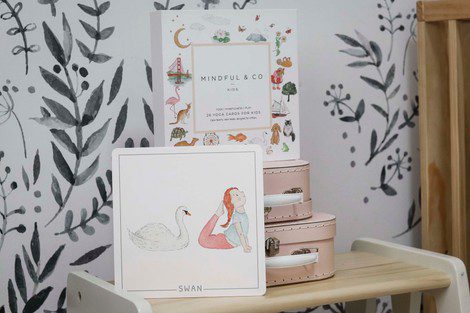 “The products are in a niche that is obviously trending, so it is exciting to see that people are
responding so well,” Jacqueline says.

“By making yoga and mindful practices a habit, we hope to instill a ritual of mindfulness that has a
ripple effect of positivity that will not only flow into children’s lives, but their day to day interactions
and relationships with family and friends.”

She adds that the yoga cards are part of an overall vision of helping children with educational products that address mindfulness. Next year, Mindful &amp; Co – Kids will bring out an Interactive Memory game, aromatherapy sprays that encourage calm and focus through mindful rituals, yoga mats and educational posters.

“Parents want thoughtful, purposeful gifts that are good for kids’ mental and physical well-being,” she
says.“The products are all designed intentionally and based on clinical research to give children a tool to create a better mood and to move through life and its challenges with more peace of mind. Children today need specific tools to deal with stress.

“My main motivation with everything I do through Mindful &amp; Co Kids is to give children the tools and strategies to deal with stress, and to establish these tools so they possess them when they are older. I firmly believe mindfulness and related activities are the best way to do that.”

The yoga cards retail for $49.95. Go to: www.mindfulandcokids.com