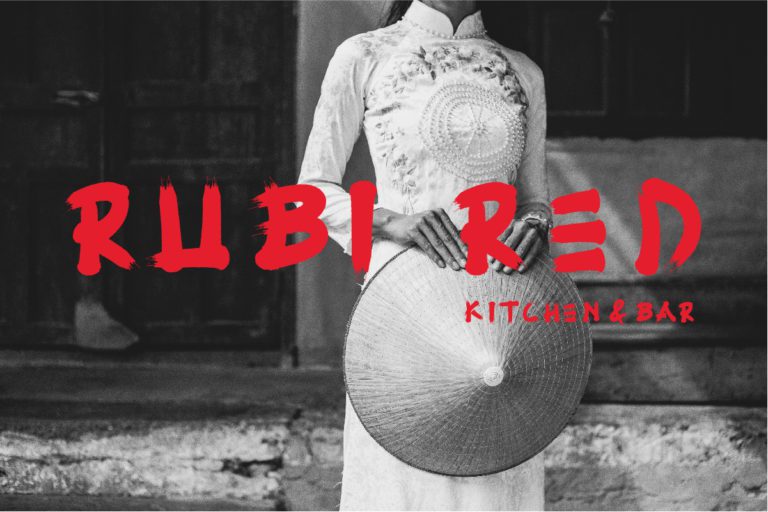 BE TRANSPORTED TO ASIA AS YOU ENTER THE HOME OF RUBI RED, A WELL-TRAVELLED WOMAN SET TO IMPRESS WITH CUISINE CERTAIN TO DELIGHT!

One of Australia’s most awarded and well-respected Chefs, Michael Lambie, has just relocated from Melbourne to the Gold Coast to open his brand-new venue, RUBI RED Kitchen & Bar at Nobby Beach. Michael will be bringing his unique style of Asian cuisine to Nobby Beach that Melbourne and Australia have grown to love. 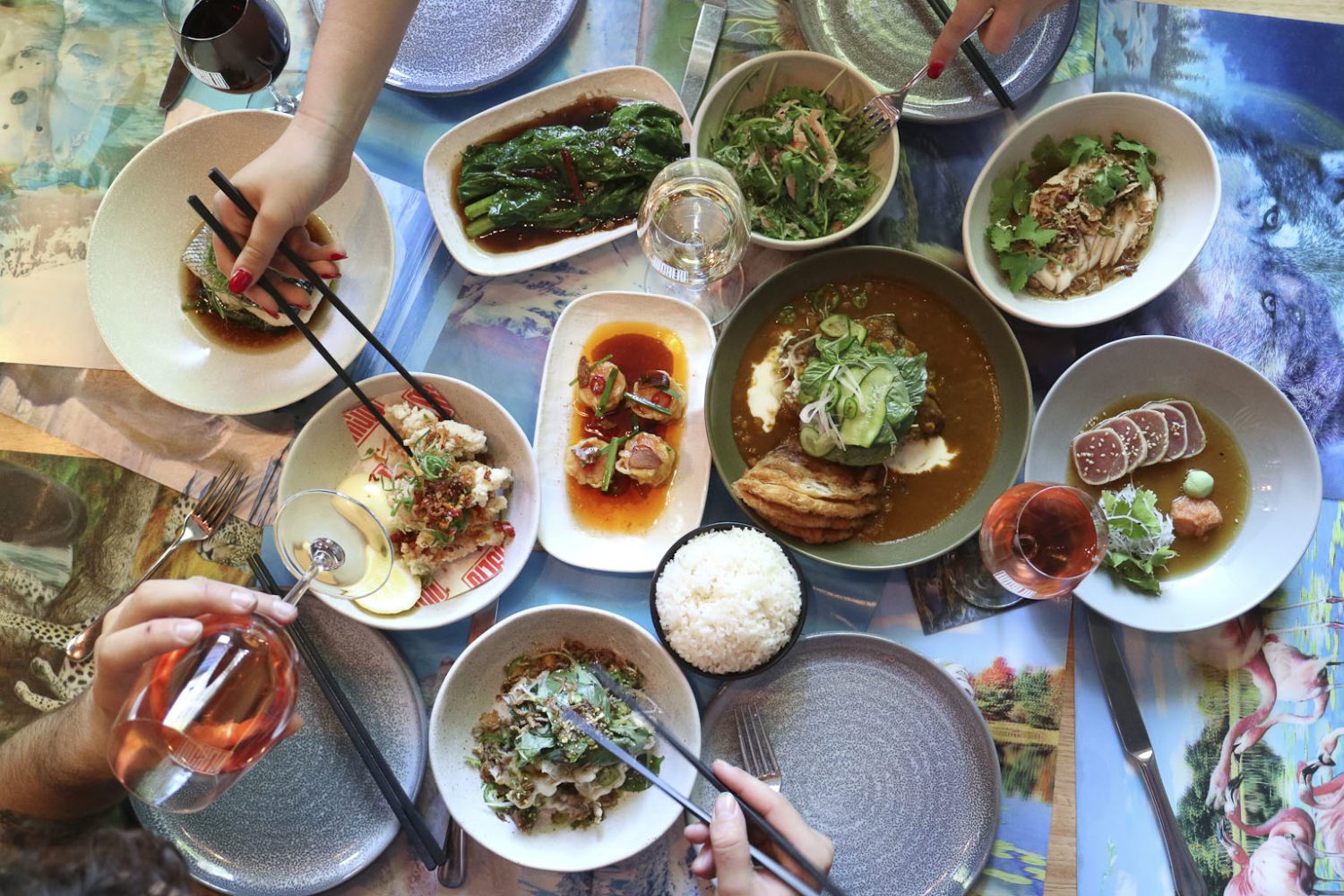 The inspiration for his brand-new venue, which is currently undergoing extensive renovations, is a beautiful Asian Lady named Rubi Red who has travelled extensively through-out Asia with an enormous passion for delicious cuisine.    After visiting Australia, Rubi fell in love with the Gold Coast, particularly Nobby Beach and decided it would be an ideal location to open a restaurant and share her eclectic Asian dining experiences with everybody.   The brand-new plush venue will pay homage to her travels located at 2235 Gold Coast Hwy, Nobby Beach and opening is scheduled for March 2022. 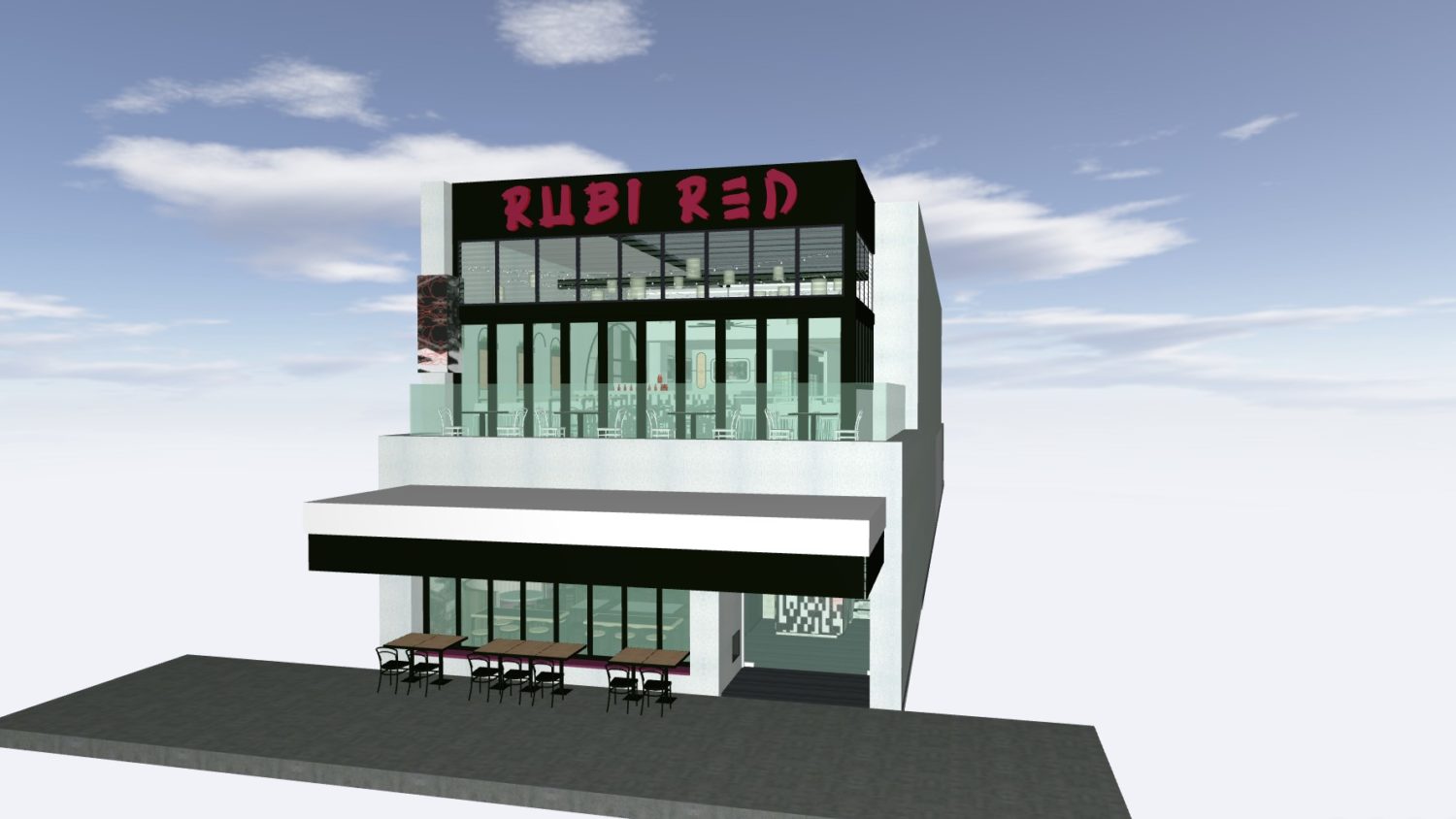 RUBI RED Kitchen and Bar will feature a stunning air-conditioned restaurant on the ground floor with extensive renovations underway, including for the first time extending the restaurant to include outdoor dining on the pavement.   The Rooftop Bar is also certain to be a very popular part of Rubi Red Kitchen & Bar, as well the swish private dining room.  RUBI RED Kitchen & Bar will have a total capacity for over 300 guests over the two levels.

“I am so excited to now call the Gold Coast home with my family.   Following the massive success of Lucy Lui in Melbourne, l am so glad to be able to open RUBI RED Kitchen & Bar featuring some of my most famous Asian dishes.   We can’t wait to open our doors in March!” said Michael Lambie

RUBI RED Kitchen & Bar will be opening in March 2022 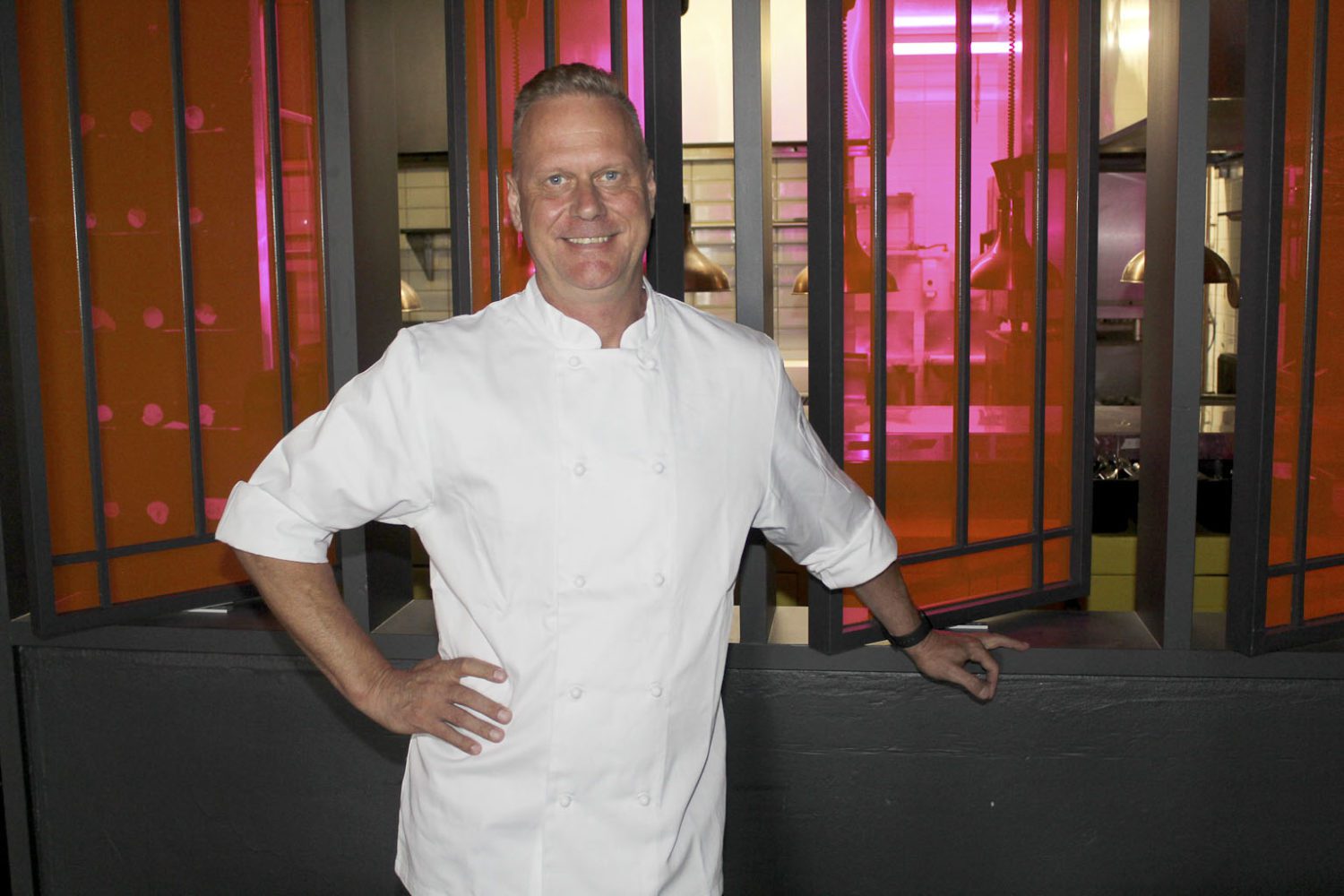 Michael Lambie is certainly a culinary trailblazer. His career started at age 12, peeling potatoes, cleaning fridges and washing the greens three nights a week at his parent’s pub in Castle Mayne, Essex. It was here the cooking bug bit him.

At 15, Michael moved on to an apprenticeship at Claridge’s Hotel, part of a team of more than 80 chefs. His talent was identified early and Lambie joined Restaurant Konigshof in Munich, then a two Michelin starred restaurant almost as soon as he completed his training. After a few years, he returned to London and the three Michelin starred Waterside Inn in Berkshire, working with the inimitable Michel Roux.

From there, it was on to Marco Pierre White’s self-titled restaurant in Knightsbridge as Head Chef, further developing his skills, discipline and knowledge before eventually finding his way to Melbourne. This was clearly London’s loss and our gain. He joined the Van Handel brothers at The Stokehouse, forging his career and culinary identity offering something very different to a city dominated by a largely Italian cafe culture.

Lambie brought discipline to The Stokehouse, demanding kitchen staff start at 7.45am, wear chef whites, hats and butchers’ aprons, clean down the kitchen and cool rooms three times a day, and halt the use of frozen seafood. He was also considered part of the Brit Pack invasion (with Ian Curley, Raymond Capaldi, Paul Wilson, Jeremy Strode and Donovan Cooke), and ignited a new sense of excitement into Melbourne’s dining environment.

Lambie was offered a partnership in the then new Van Handel establishment, Circa, at The Prince, winning three chefs’ hats in its first year of operation. Lambie developed a bright menu, heavily influenced by French cuisine and with more than a little inspiration from his mentor, Marco Pierre White.

His partnership with Jo and Paul Mathis at Taxi, part of the new development, which would become iconic in Federation Square, cemented his position as one of Melbourne’s most exciting and innovative chefs. The mix of pan Asian, European and Japanese cuisines was, for its time, revolutionary and cutting edge. The restaurant was voted ‘Restaurant of the Year’ after just six months and achieved two chefs’ hats. His signature style still dominates Taxi Kitchen.

Michael opened Lamaros ‘Gastro Pub’ with business partner Pam Lamaro in this quirky 2007 South Melbourne pub which transformed the pub dining in Melbourne and became an instant hit. Michael sold Lamaros in 2009 which has facilitated his hospitality endeavours.

The Smith followed in 2012 and since then, Lambie with business partner Scott Borg, opened Lucy Liu in Oliver Lane. “We have a great model with our restaurants. We are constantly busy and that’s because we offer quality at the right price and in the right environment. I am thrilled to be able to develop the careers of others now, serving as their mentor. I have done this with Scott, Zac (Cribbes, Executive Chef at Lucy Liu) and with Brad (Simpson, Executive Chef at The Smith)” Lambie offered.

He has been a culinary trailblazer for more than 20 years, since arriving in Australia. The moniker certainly fits.

RUBI RED Kitchen & Bar will be opening in March 2022 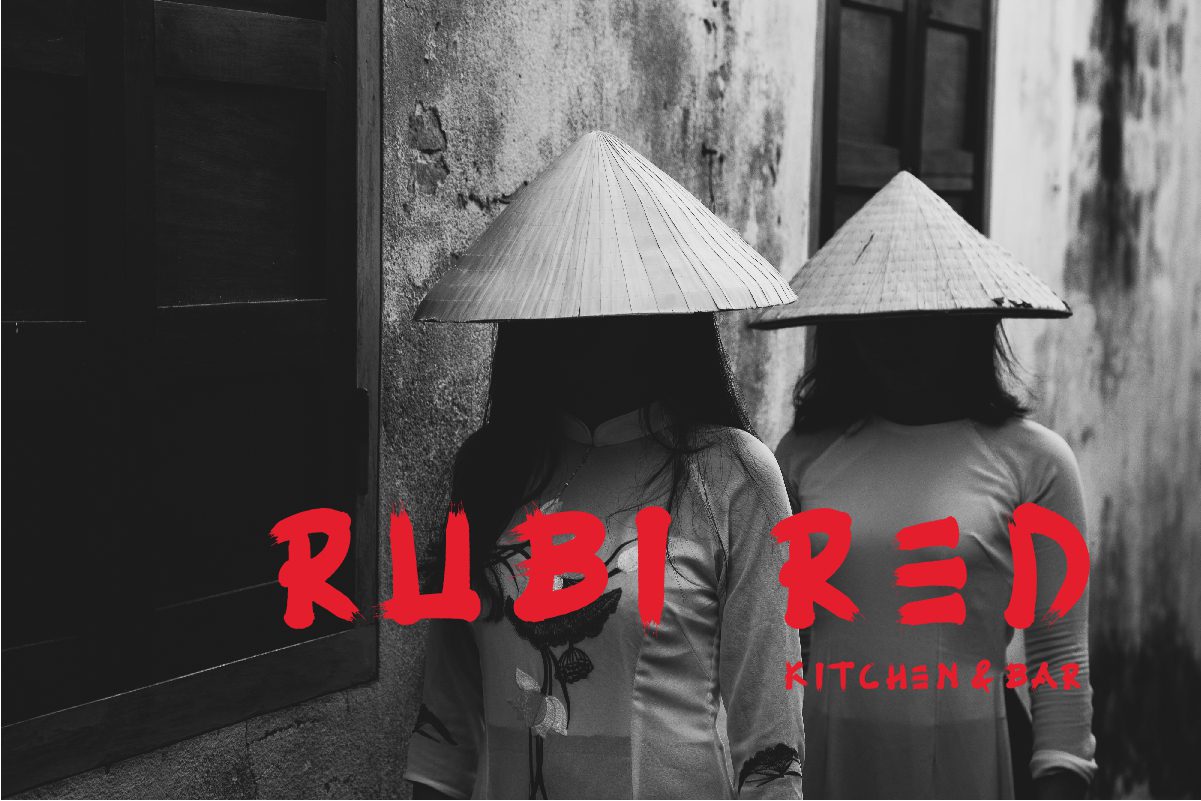