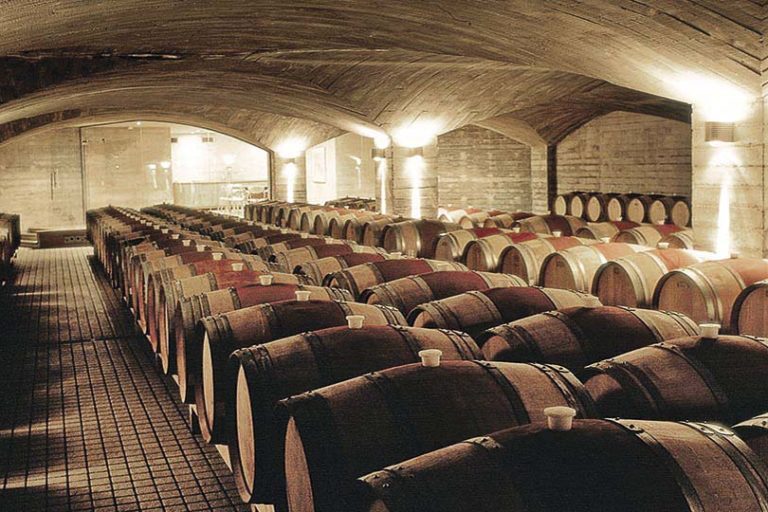 Conversely, however, the movie was also responsible for causing the massive decline in merlot sales as Miles savaged the variety. I remember giggling at one scene where Miles is about to enter a restaurant and snaps, “If anyone orders merlot, I’m leaving. I’m not drinking any f$&king merlot.” And there began the journey of merlot’s decline.
So if you have been avoiding merlot over the past 14 years for sheer embarrassment, fear not! The real irony in Sideways is that Miles’s most prized wine possession is a bottle of 1961 Cheval Blanc, a Bordeaux made from merlot and cabernet franc (and a bloody great year for Bordeaux too I might add). So I say ha, ha, ha to him; he got it wrong! And, besides, one of the most expensive wines in the world is Chateau Petrus, a wine made almost entirely of merlot.

What is merlot?
Thin-skinned and dark blue in appearance, merlot is easily identified by loose bunches of large berries. The word merlot literally translates from an old French dialect. The French word merle means ‘little blackbird’. From its origins in Bordeaux, France, merlot is approximately 300 years old and is one of the most-planted varieties around the world.

On the nose, think Christmas cake in a glass with notes of plum, cherry, chocolate, mocha, vanilla, sage, anise and violets covering some of the spectrum. On the palate, merlot is medium-bodied, fruit-forward, moderate acidity with low-to-medium tannins.

Merlot is often described as lush, silky, smooth and less aggressive than sibling cabernet sauvignon. It is often added to cabernet sauvignon and other varieties to soften and fill the middle palate. Age-worthy, merlot will keep, and perhaps as long as pinot noir, but not to the extent of expensive cabernet sauvignon.
Merlot grows best in free-draining soils or hillsides, as it doesn’t like wet feet and over-ripening can occur, thus increasing sugar levels if not managed correctly in the vineyard. Sandy soils also contribute to merlot’s more-softer side. Although, having said that, merlot loves clay.

Unlike shiraz, cabernet and grenache in Australia, merlot has origins in the mid-1920s rather than the beginning of the 1800s. Specifically, merlot really didn’t get going until the 1960s. Figures from James Halliday’s Wine Companion 2018 indicate that merlot is Australia’s fourth-largest crush, just behind cabernet sauvignon, but just in front of sauvignon blanc. The 2016 figures indicate there was a 4 per cent increase on the previous year, so on the rise!

Merlot can be made in a number of styles ranging from the light, quaffable and affordable to the most bold, rich and expensive of Bordeaux. The variety is approachable and suits those who are new to red wine drinking, primarily because of merlot’s moderate acidity and low-to-medium tannins. Consequently, merlot can be paired well with simple foods such as burgers, pasta, pizza and foods rich in tomato-based sauces. It can marry well with fish such as salmon and shellfish, but it particularly works well with meats such as beef, venison, lamb, pork and duck. Cheese and red wine is always a bit questionable, but sharp cheese and merlot is such a winning combination. Ever tried merlot and chocolate? It works too!

What region is best?

There is always a limit to how many wines one can identify for mention, especially in this format; however, a few merlots come to mind.
Perhaps Australia’s most iconic and expensive is James Irvine’s Grand Merlot. The story goes that James fell in love with merlot after trying Chateau Petrus twice in the one year many years ago. That was all James needed to produce arguably Australia’s best merlot, and at $130 direct from the vineyard, I see why. James has vineyards in Eden and Barossa, but the wine is sourced from the cool climate-elevated blocks of Eden Valley. The wine shows rich, ripe, dark berries, earth and tobacco. The wine is opulent, silky and smooth.
From Coonawarra, I have always admired Katnook Estate Merlot from the rich terra rossa soils. Coonawarra is classified as cool climate and is home to some of the best cabernet sauvignon and merlot in Australia. Katnook was established in the late 1890s by wine pioneer John Riddoch. This merlot is complex, with layers of dark fruits, hints of chocolate, earthy and a lovely line of vanilla.
Something more affordable is the James Halliday five-star-rated vineyard Penny’s Hill Malpas Road Merlot from McLaren Vale. The wine is made by the very experienced Lexi Roberts, who also won the gold trophy for the World’s Best Cabernet at Concours International des Cabernets for the 2014 Edwards Road Cabernet Sauvignon. Lexi makes a cracking merlot from 30-year-old vines grown on the ubiquitous black Bay of Biscay soils of South Australia. The 2015 won the gold trophy for Best of Show – Australian Red at the 2017 Mundus Vini Wine Show.
From our neighbours and New Zealand’s answer to greatness is Craggy Range’s 2015 Sophia from Hawkes Bay. Owned by the Peabody family, the winery is all class and style, and was voted New World Winery of the Year by Wine Enthusiast in 2014. Sophia is opulent, sexy and a pure delight to all the senses. The wine is made from 73 per cent merlot, 14 per cent cabernet sauvignon franc and 13 per cent cabernet franc. I succumb to the magic, and no wonder Bob Campbell, New Zealand’s answer to James Halliday, rates the wine a massive 98 points.

What more can I say… Merlot me #MerlotMe!
These wines are available at Ferry Road Wine and Beer, Glenelg Public House, Cocotte Dining, and Reef Seafoods in the Ferry Road Markets.

Enjoy, and happy but safe drinking.

Peter Panousis works for Mezzanine Wine. He has a degree in hospitality, is WSET-trained and has undertaken extensive wine education. Raised on the Gold Coast, Peter is an experienced operator of restaurants and cafes, which has included owning two award-winning restaurants. Peter is also a member of the Australian Society of Viticulture and Oenology (ASVO) and an Associate Fellow with the Australian Institute of Management (AIM). You can catch him on Facebook and on Twitter and Instagram as @peterpanwine