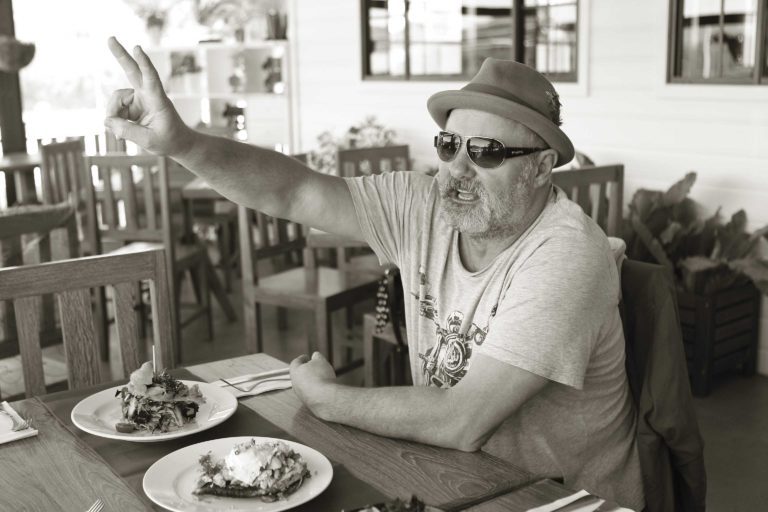 Since it moved to its new home last February, Thai Mudgee has been winning over old customers and new. One of who happens to be a certain local breakfast radio presenter. Knowing his weakness, ORM whisked him out for lunch – and a heart-warming chat. 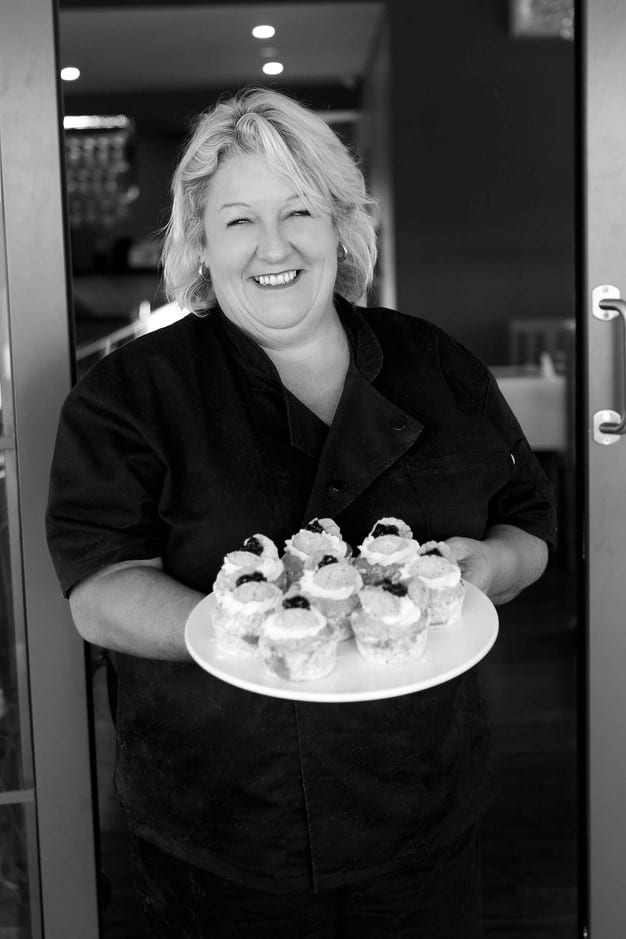 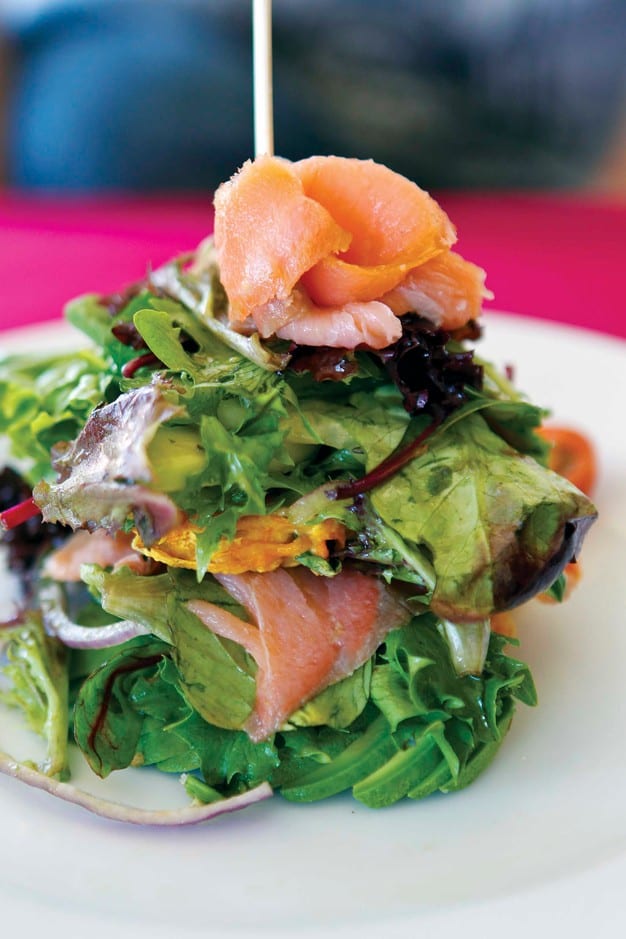 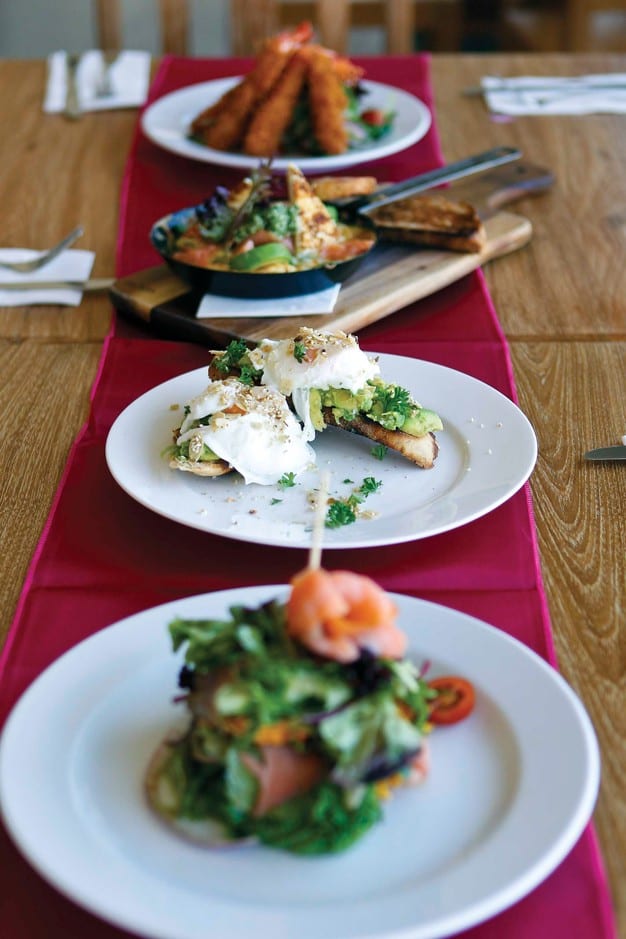 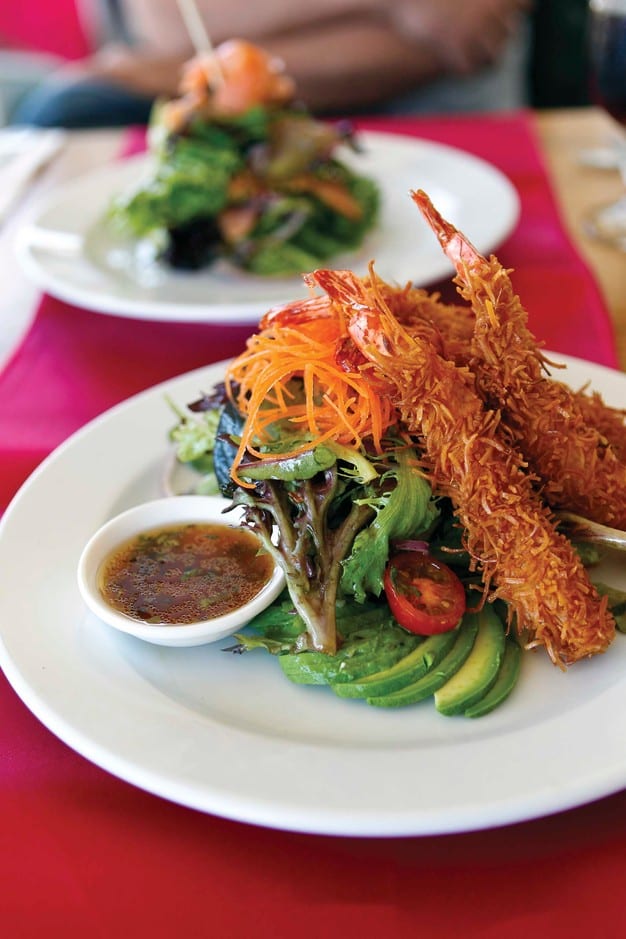 It takes many ingredients to make the perfect recipe; some you can see, some you can’t. There’s a certain magic mixed into the ideal combination of the location, food and mood that brings out the very best in good company. 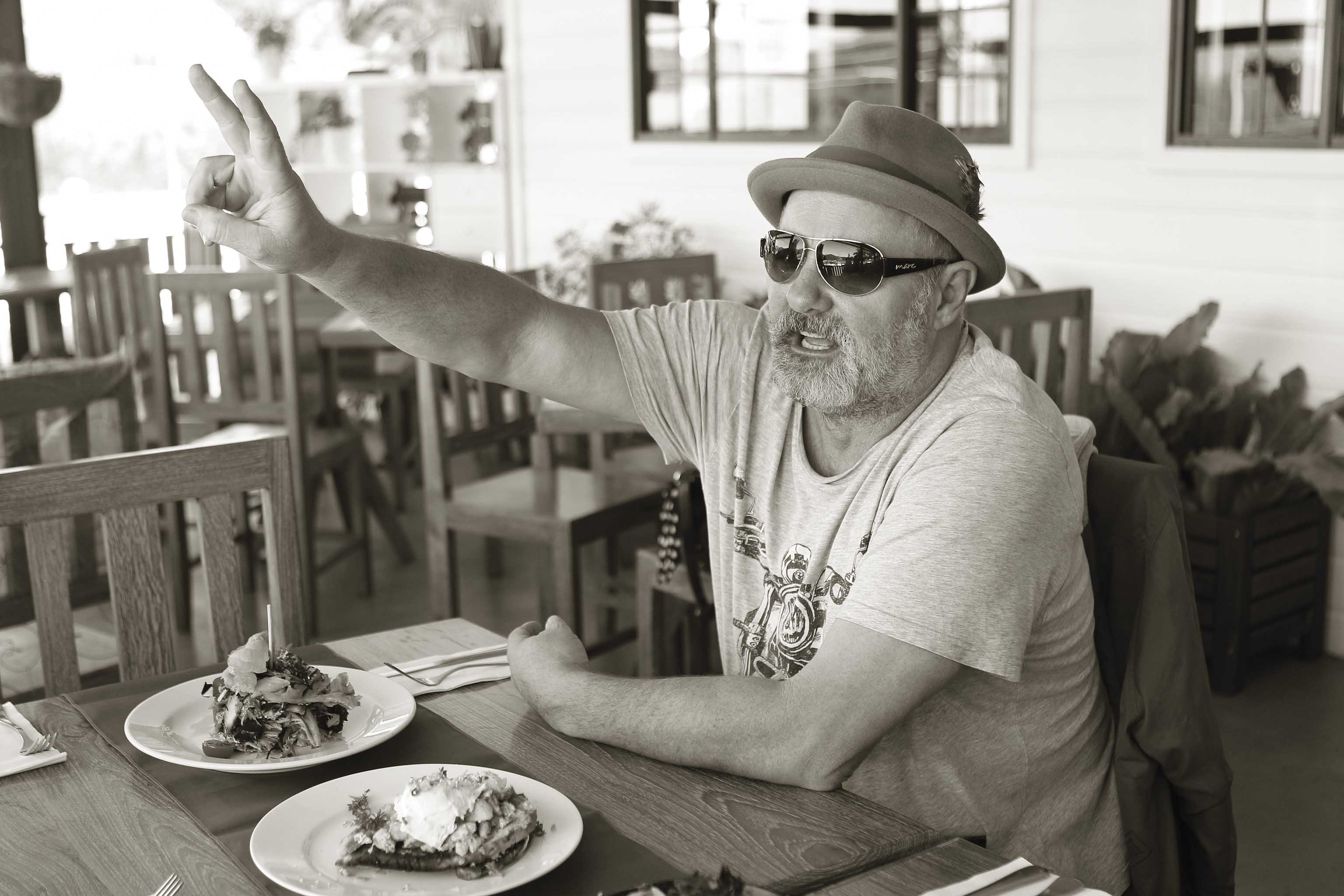 He’s chosen the location for four reasons. Firstly, he’s a local. He’s been coming here for years. He loves the food. And did we mention he’s a local?

You see, 3am starts take their toll and when the clock ticks over to lunchtime, only the best will do when energy’s running low.

Flanagan’s on a high; he has every reason to be floating on air. His breakfast show, which he hosts with Emily Jade and Christo has just smashed number one in the ratings. 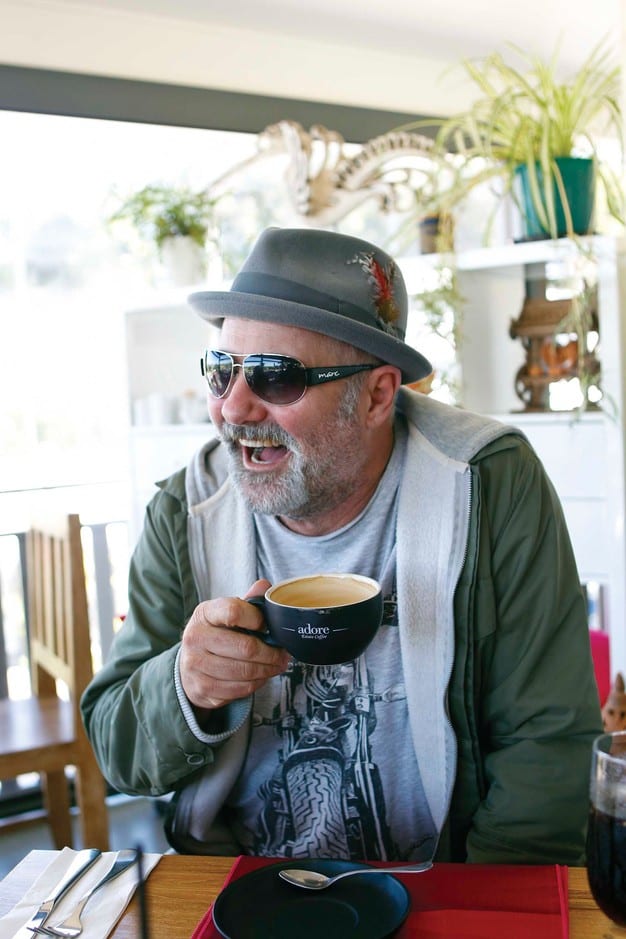 “I’ll be honest, 2016 was a tough year, mate. It was a battle,” he says, leaning back on his chair. “For me as a dad, as a husband and as a professional, it was tough. The show was gearing up and I guess, looking back now, we were heading towards number one.

“Mid-year I had a week away to Hawaii with my family. It was nothing short of amazing. It was a trip we’d long discussed and dreamed about. When we arrived home, my wife, Lisa’s dad died. She lost her mum a couple of years before that. It felt like there was nothing but death all around us. Musicians like George Michael and Prince were such a loss; such extraordinary artists, amazingly beautiful music. It was all rather heavy and haunting.

“Lisa had surgery for cancer. When we’d come through it she put a post up on social media saying how thankful she was to get back to normal. Through such dark chapters you emerge with such a new perspective. She was thoroughly grateful to be a mum. I’ll never forget that post.” His eyes fill with tears. What a heart man this man has, truly. 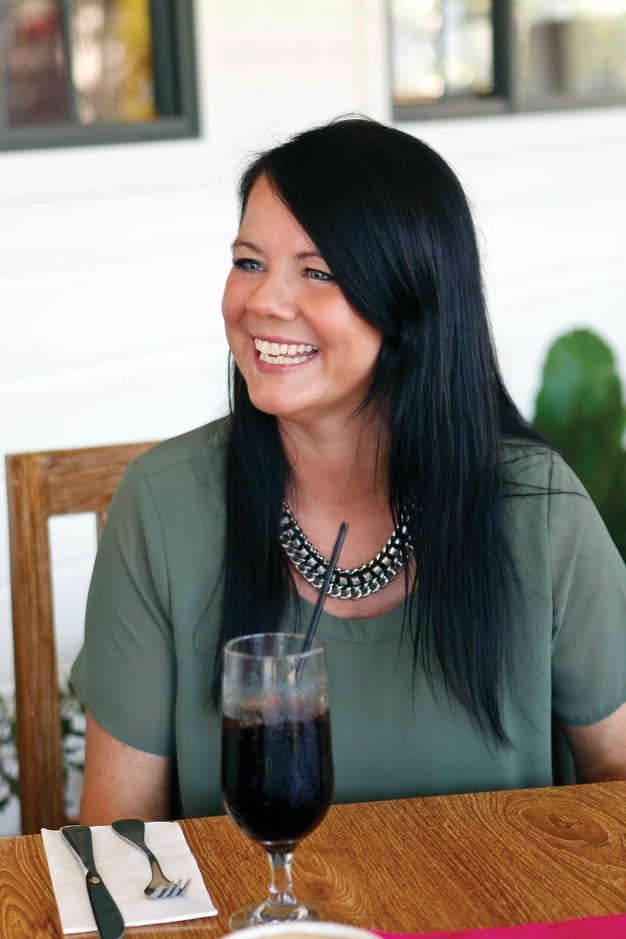 “She wrote it had been a normal year – and that made it a good year. I feel quite overwhelmed because right now is a moment when several things have come together. For years, friends said to me, ‘don’t try to feed a family by telling jokes’. Now, finally, I’m doing exactly that. I love what I do and I’m reaping the rewards for years of hard work. I’m paying bills by making people laugh. Right now is such a satisfying time.

“We’ve come through such a tumultuous time. Through all that time, you just keep going. You’re not even aware as the days go by and you hang on that it’s all making you better at what you do. You damn well don’t see it at the time. I had to be as professional as possible. When you’re really knocked around, I had my craft to lean on. I slipped into that mode. It was so tough, mate. EJ said to me, and I’ll never forget it, she said, ‘Keep doing everything as normally as you can’. It was the best advice to help me through that entire time. And it works, you know? It really does work.

“You’re running on empty wondering what the h*ll is coming next, but it’s all paying off. It’s all been working towards a goal, and now, we’ve reached it.”

After a few mouthfuls of omelette, he’s back to telling jokes. It’s clear that kicking back on the balcony here, Balcony 69, he feels at home.

“I needed to get better at managing my time. I was accidentally on time today,” he chuckles. “Put that in, mate, make sure you put that in…”

Yes, Flanagan, there it is. 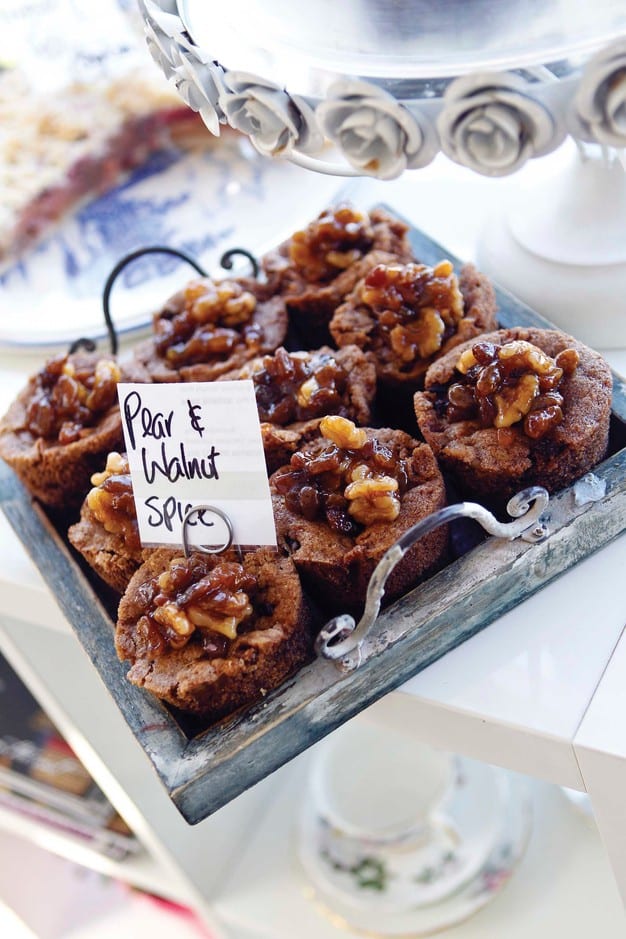 “Hawaii is an amazing place, I’d love to live there at some point,” he says. “It had a huge effect on me. We stayed with two very close friends over there, a couple. She lost her dad at the same time as Lisa. We saw them in Hawaii and then we saw them in Wollongong, back home to bury their parents. Surreal.”

Flan, EJ and Christo are on a roll at Hot Tomato radio. To be honest, it’s as if they’ve almost impressed themselves with the way it’s all fallen together so slickly.

“We’re running a very happy submarine on breakfast, mate, very happy,” he says with another beaming smile. “EJ lifts the standard of anyone around her and Christo is fantastic. They’re both a dream to work with. When I was away, he really had my back, he made sure he delivered.”

When he’s not in the studio – or the balcony here at Thai Mudgee – Flan has a passion for writing songs. Not just one, he’s actually written ten. “The rough title for the album is, ‘Songs that won’t wake the baby,” he says dropping the tone of his voice to suit.

“I played music with my daughter at Blues on Broadbeach. How special that was! We’re going to record the song we sung. We call it, ‘Capo on five”. Why? Because that’s the key it’s in… Some things in life can be simple; it’s good to keep it that way!”

I’ve had many conversations with Mr Flanagan. But, never before have I heard him tell the story of how he got started. “I was 19 or maybe 20. I was studying physiotherapy in Sydney. My first two patients were out of this world horrible experiences. One had fluid on the lungs and I’m not even going to tell you what happened with the other one. Suffice to say, it wasn’t pretty. It was the end of semester and there was a talent contest at Uni. I stood up and told some jokes for the very first time. It went well. That was my first inkling that there could be something in this for me. I won the contest. I’ll never forget I won two tickets to a Sting concert and a beach towel. Yes, just one towel. Who knows why?”

With that, he’s tucking back into his favourite feast. Every word, every breath, every smile, every blink… this is one very contented man. 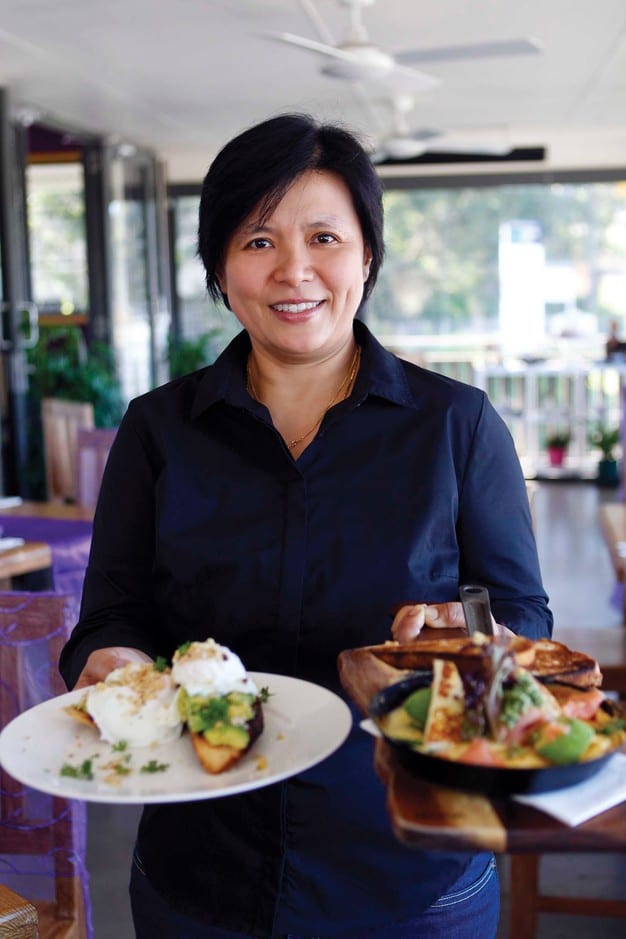 Karina Beadle has recently stepped in as Head Chef at Thai Mudgee. She previously owned a café in Burleigh that served high tea. It’s a concept that she’s brought with her to her new place of work.

“Downstairs in the restaurant we serve Thai; Thai curry is very popular as are our pork burgers. Upstairs we have a fine dining area and the option of group bookings.

“We really wanted to do something different to make the most of the entire space we have here. We’ve made Balcony 69 very pretty and comfortable. We serve upscale ladies high tea here; Devonshire tea, cakes, all beautifully presented and crockery that’s 50 years old. People can’t believe they’re actually eating and drinking from it rather than admiring it in a cabinet. Our customers love the vintage. It’s like a very special treat.

“We’ve made it the perfect location for baby showers, birthday parties, bridal showers. It’s going really well, I’m delighted to be here. I cook absolutely everything – and I’m the queen of desserts!” 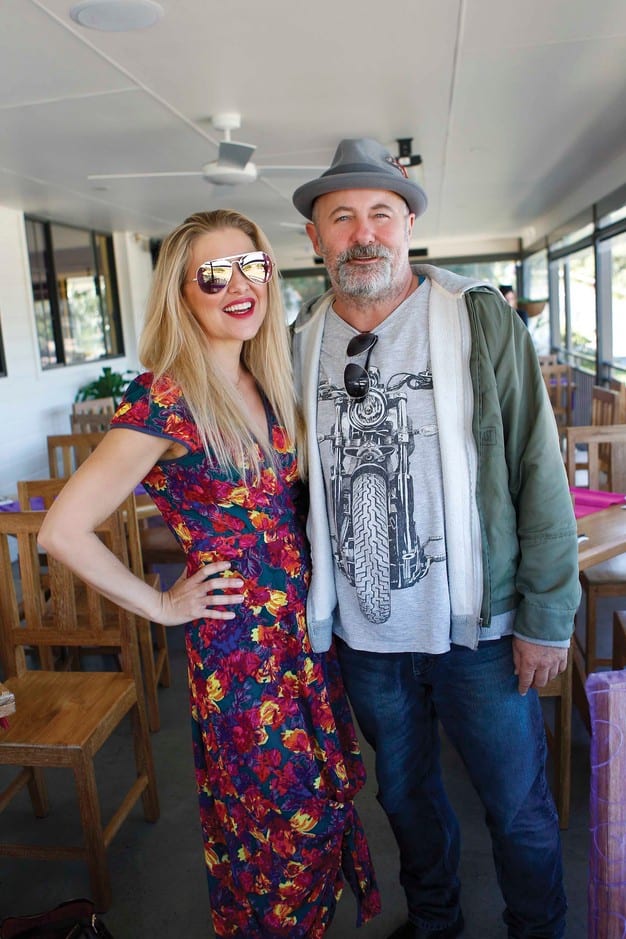